Marvel Ultimate Alliance 3: The Black Order looks to have a massive roster of supercharged heroes. We already know about 27 playable heroes, and there are more announcements to come, stretching across the Marvel universe and including characters from The Avengers, X-Men, Spider-verse, and more. As part of our month of coverage, we’re highlighting a few of our favorites. Today we take a deeper look at one of Marvel’s newest heroes: Ms. Marvel.

A descendant of Pakistani immigrants, Kamala gained her powers while walking home one night from a party. Kamala encountered a cloud of Terrigen Mists – a mutagenic substance that awakens latent inhuman powers. After rousing from stasis, Kamala discovered that she had an unparalleled ability to stretch and shape her body, so she assumed the alias of one of her favorite super heroes and started fighting crime as Ms. Marvel. 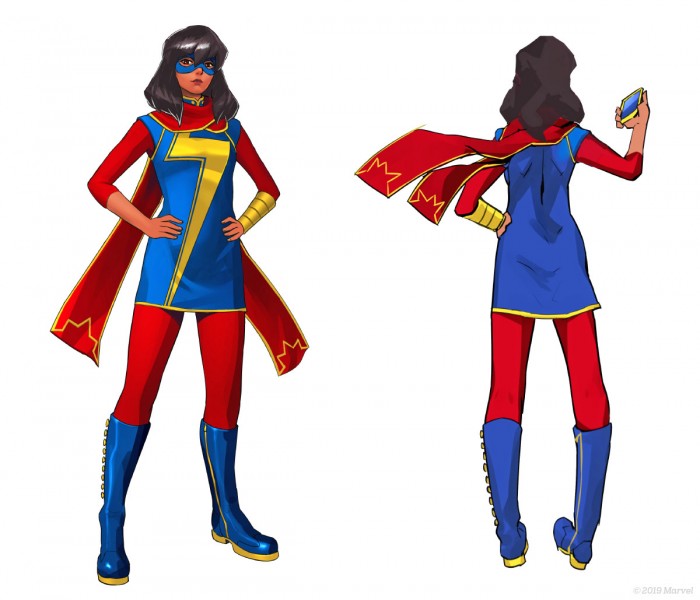 Elongation of limbs, size alteration, accelerated healing, and the ability to alter physical appearance (including hair and clothing).

Sweet Combo Attack: Ms. Marvel unleashes a flurry of punches, finishing with an uppercut. You can tap the attack button to continue the beatdown.

Embiggen: Ms. Marvel enlarges both fists and uses them like a hammer to smash enemies in front of her.

See some of her moves in action in the gameplay video below.

Ms. Marvel is really good at mid-to-close-range attacks and an excellent all-around fighter. She can dart in and out of the action quickly, and her big attacks pack a punch. She also has a lot of area-of-effect moves to help clean up enemy fodder. Thanks to her stretchy powers, Ms. Marvel is incredibly durable and hard to kill.

Come back throughout the month, because we’ll have more exclusive features and character profiles on Marvel Ultimate Alliance 3: The Black Order. Click the banner below to visit our hub.