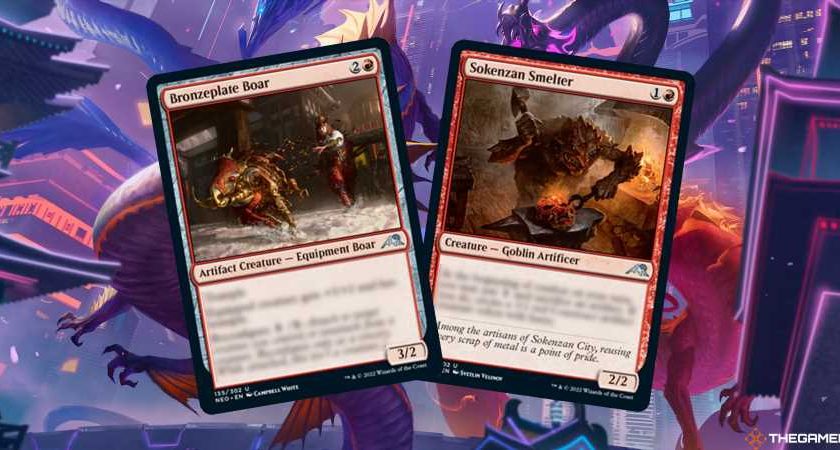 Magic The Gathering’s original Kamigawa sets are very, very weird. Mechanically they weren't very well-received (remember Splice onto Arcane? Me neither), but their flavour was absolutely incredible. A world based on feudal Japan with a war between the living and the gods and spirits of a hidden realm at the centre of its story, Kamigawa quickly became one of the most heavily-requested returning Planes of all time.

It's been almost 17 years since we were last in Kamigawa, which alone would make Kamigawa: Neon Dynasty one of the most exciting new sets in a long time. But Wizards decided to take the world a bit further ahead in time and turn it into Magic's first-ever sci-fi set. Neon Dynasty combines the feudal lords, Ninjas, and spirits we loved from the older Kamigawa sets, and adds on top of it a layer of cyberpunk. Cyborgs and holograms are just as present now as the Samurai and Ogres were the first time around.

Wizards of the Coast has given us two new cards from Kamigawa: Neon Dynasty to reveal ahead of its full launch on February 18, 2022. We even get to look at one of the new mechanics for the set, Reconfigure. 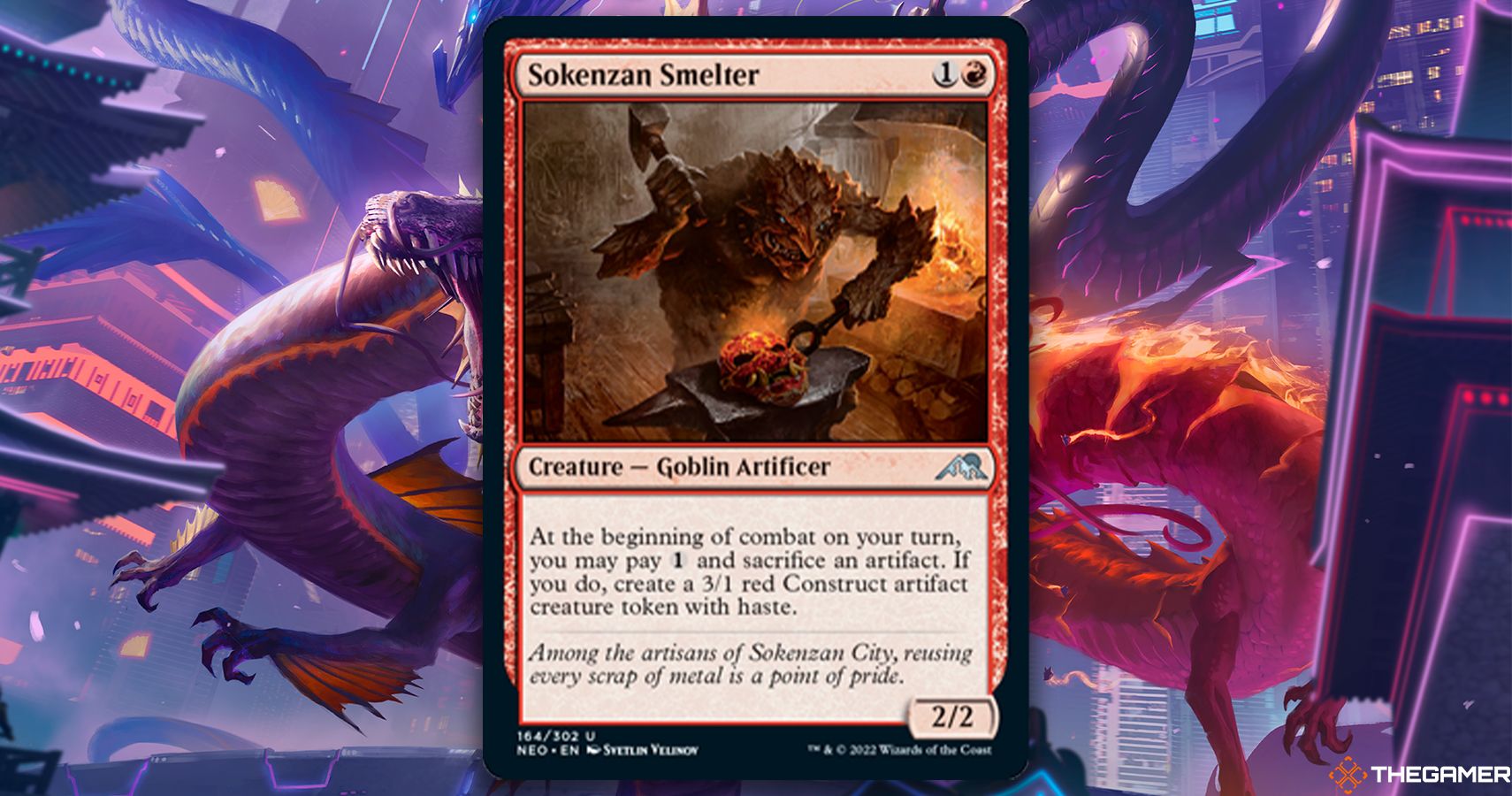 Sokenzan is home to Kamigawa's biggest mountains. A craggy and hostile place, it's inhabited primarily by the Akki (Kamigawan Goblins) and Ogres, although a few human warriors do also live there as well.

Paying one mana and sacrificing an artifact for a measly 3/1 may seem kind of slow, but there are a lot of great ways to use it. In Standard there are a lot of one-mana artifacts that you could set up before Sokenzan Smelter to hit quickly with three damage on turn two, like Cliffhaven Sail or Excavated Wall. Treasure Vault in particular could work well with it, as putting a land into your graveyard opens up a whole other range of strategies.

In Commander, this is also going to be an exciting card. Fans of Osigir the Reconstructor will have fun with it, as it's an easy way to get artifacts into your graveyard ready to copy with Osigir, while also building up a board state early on in the game.

A helpful new tool for Goblin decks, artifacts, and aggro decks alike, it'll be interesting to see the different ways put the Sokenzen Smelter to work. 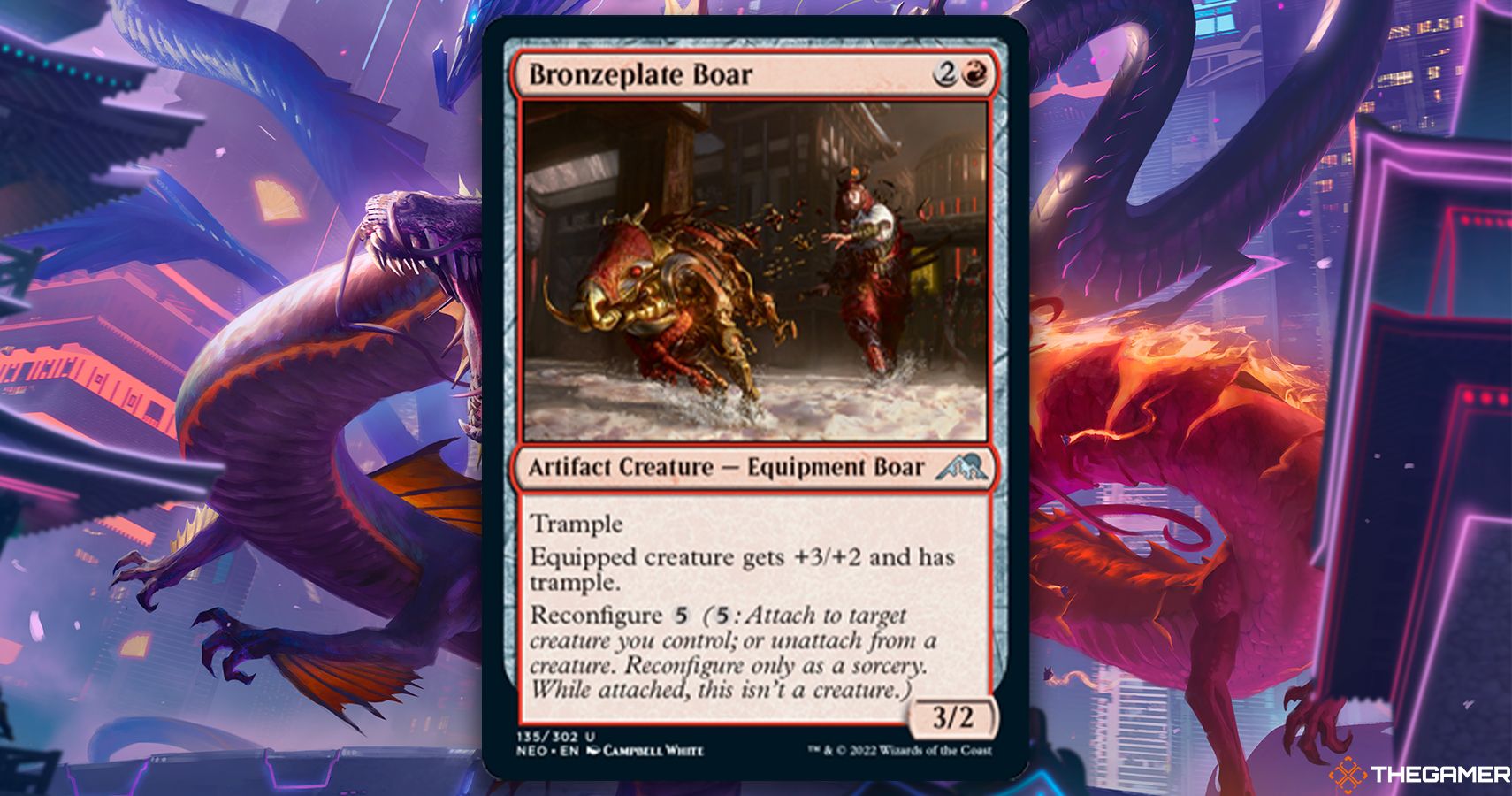 For the first time in Magic’s history, we have an Artifact Creature that is also an Equipment. Instead of having the Equip keyword like a regular Equipment, though, Bronzeplate Boar uses Reconfigure. By paying five mana, you can either attach it to another creature to give it +3/+2 and trample, or detach it and turn it into a perfectly respectable 3/2 Equipment Boar Artifact Creature.

What's interesting about Reconfigure is that it hits a cool mid-point between the two Equipment designs we've had so far. On the one hand, we have Equipment that attaches to a creature when it enters the battlefield and is immediately usable. These are often incredibly powerful, like Maul of the Skyclaves, or a bit naff, like Relic Axe, with very little in-between. On the other hand, you have Equipment you have to pay to equip a creature with it before it serves any purpose – unless you're willing to sink more mana after casting it, the Equipment just sits there.

Reconfigure gives us a third option: these don't have to attach to a creature right away like an enter-the-battlefield trigger, but they're also not utterly inert like those you have to pay for. Having Reconfigure creatures like Bronzeplate Boar be creatures when they first hit the battlefield makes them more vulnerable to removal than an artifact, but it lets you do something with them until you're ready to sink the five mana into Reconfiguring it. 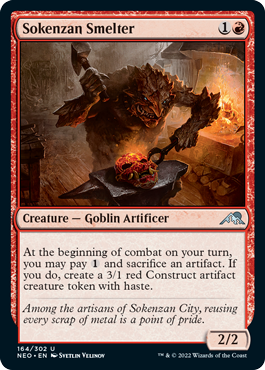 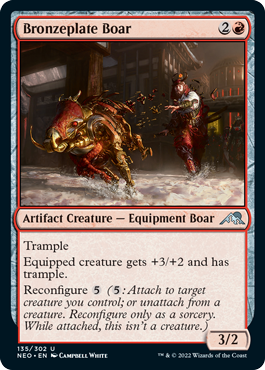 It'll be fascinating to see what else Reconfigure does in Neon Dynasty. This is just an uncommon rarity, and it's already got a lot of utility. It won't be long before we find out what else we can do with it though, as more cards are being revealed every day.