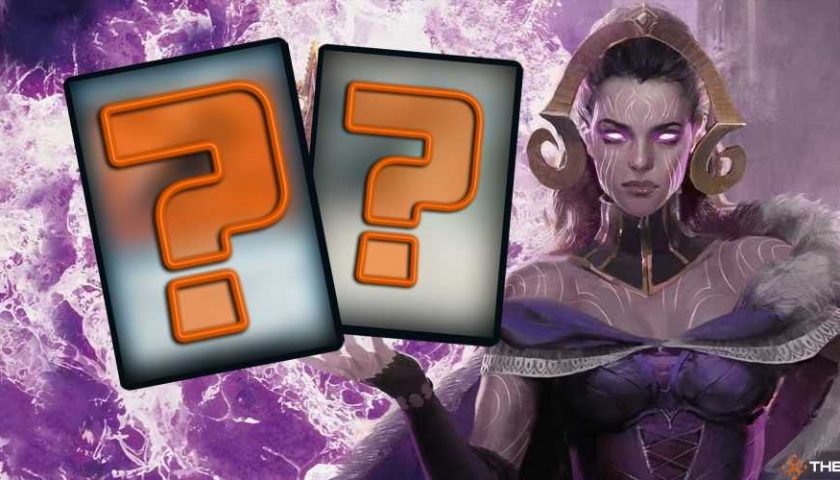 After a year full of new worlds, names, and faces, Magic: The Gathering’s next set casts its net a bit wider. Instead of being focused on a specific plane, Double Masters 2022 traverses Magic’s 30-year history to bring us a reprint-focused set full of the spiciest, most powerful cards.

Unlike normal booster packs, every pack of Double Masters 2022 includes not one rare, but two. With more chances to find a chase rare or mythic in every pack, the set needs to stuff itself full of them to accommodate. Thanks to Wizards of the Coast, we can reveal two of the cards you might find when Double Masters 2022 launches on July 8. 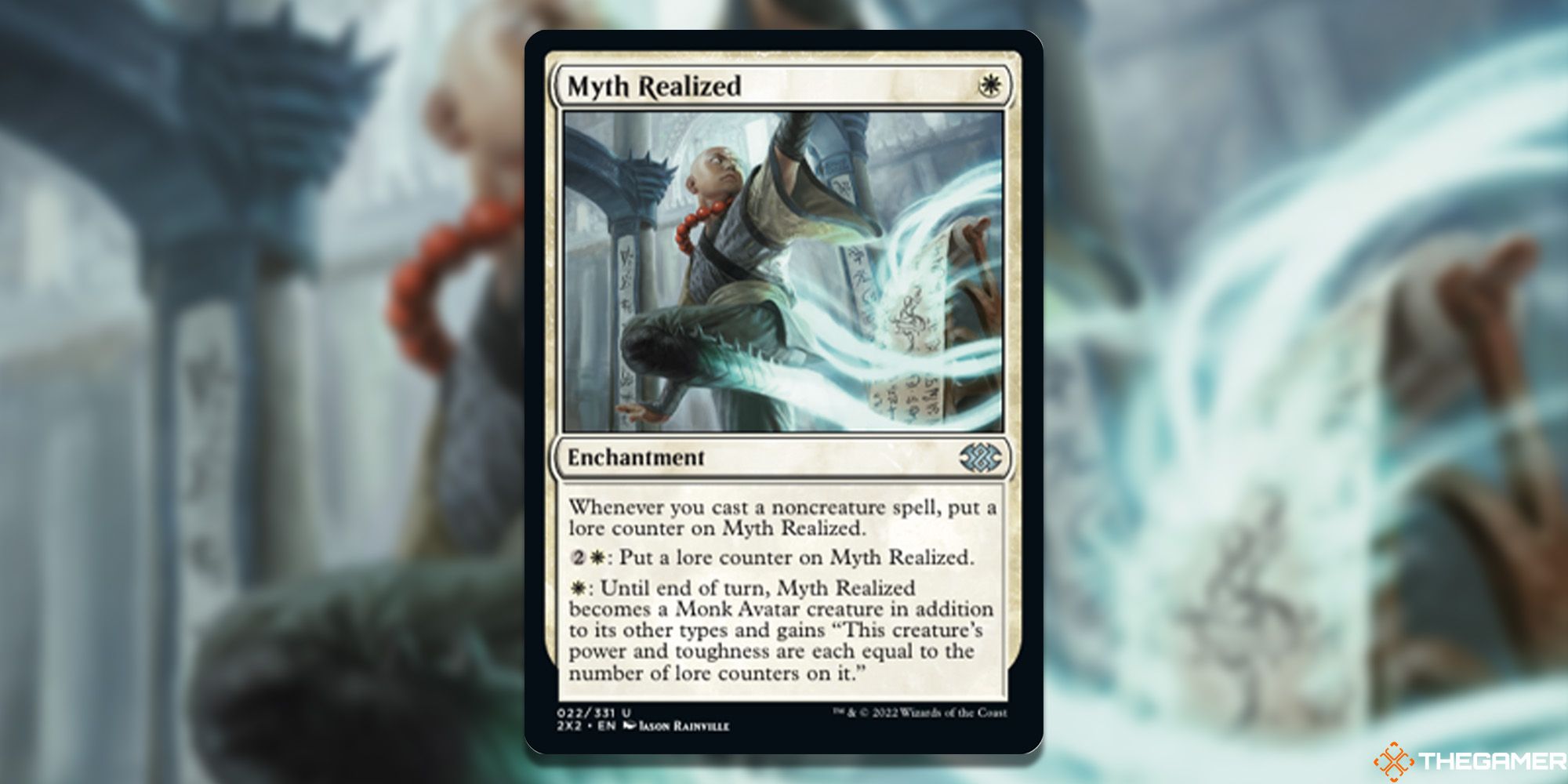 Whenever you cast a noncreature spell, put a lore counter on Myth Realized.

Pay two generic and one white: Put a lore counter on Myth Realized.

One white: Until end of turn, Myth Realized becomes a Monk Avatar creature in addition to its other types and gains "This creature's power and toughness are each equal to the number of lore counters on it".

Last seen when it debuted as part of Dragons of Tarkir, Myth Realized is a bizarre enchantment that makes use of lore counters to build itself up, before transforming into a creature and dealing huge damage. All you need to do is cast lots of non-creature spells – making this a worthwhile piece in everything from Cheerios to white combat trick decks.

If lore counters sound familiar, that’s because they found a new purpose after Myth Realized’s first printing as the fuel that drives Saga enchantments. Although Myth Realized didn’t make too big of a splash when we first saw it, this inaugural reprinting might help it find new life in Pioneer as a piece in Clever Lumimancer decks, to add an extra payoff to all those combat tricks.

Notably, this reprinting sees Myth Realized get a downshift in rarity from rare to uncommon. It is one of a handful of cards in this set that have been bumped down, which could mean interesting things for formats like Pauper or, specifically for Myth Realized, Artisan. 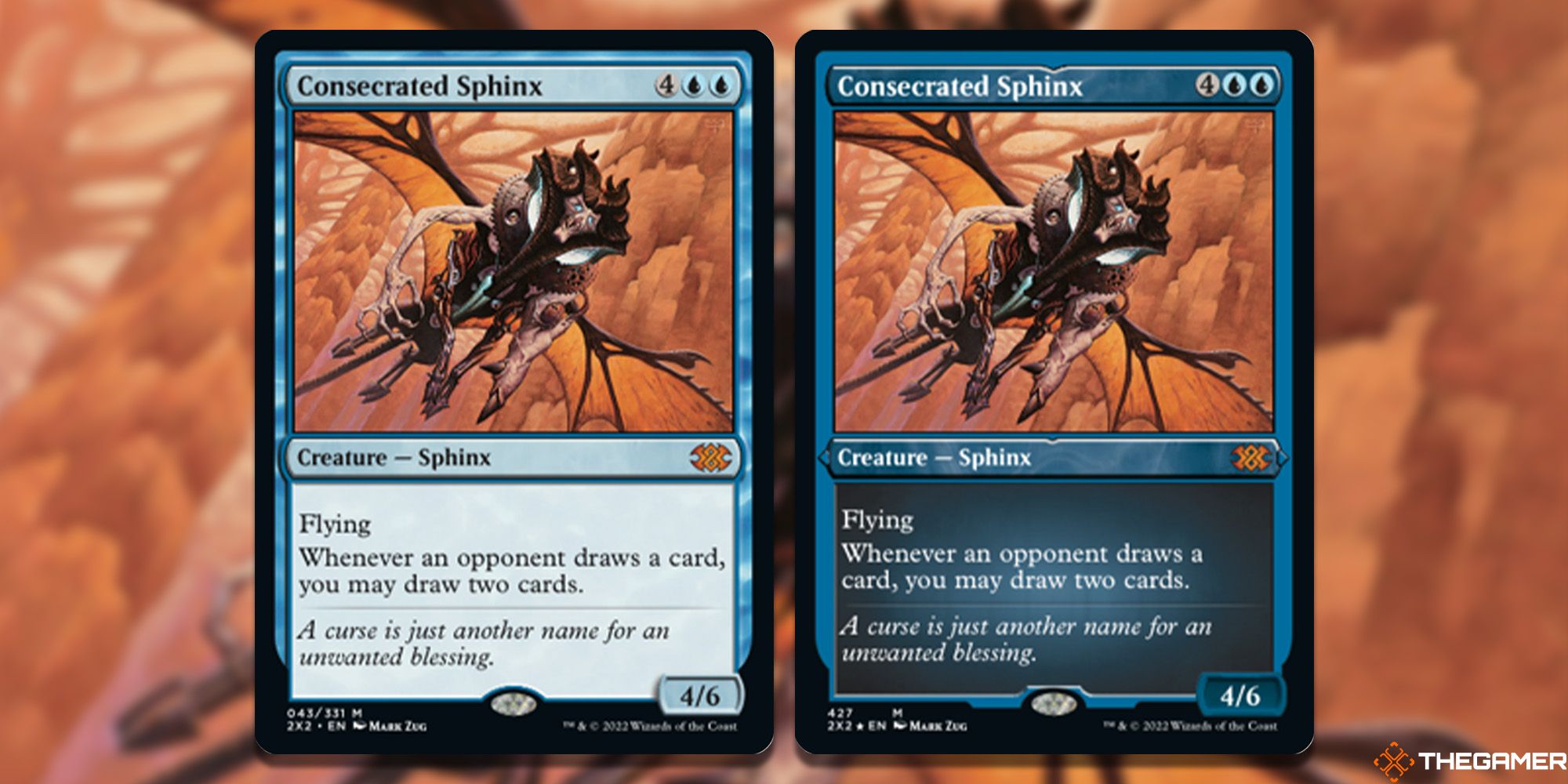 Whenever an opponent draws a card, you may draw two cards.

Despite being reprinted a few times since its debut in Mirrodin Besieged, Consecrated Sphinx is still a highly sought-after card, and its inclusion in Double Masters 2022 will hopefully get it into more decks.

Though its mana cost is too high for formats like Modern, Consecrated Sphinx is an absolute monster in Commander. Any deck that needs to draw cards fast benefits from this, and with a few pieces like Teferi’s Ageless Insight, Dictate of Kruphix, and Howling Mine, you’ll be drawing most of your deck in a matter of turns. This is a dangerous thing for your opponent in any colour, but even more so in blue, with its ample counterspells and interaction.

It also synergises nicely with other cards more recently released for Commander, such as New Capenna’s Queza, Augur of Agonies to guarantee two damage to an opponent every turn, and Crimson Vow’s Wedding Ring. With Wedding Ring, you have a two-card infinite draw combo that, if used alongside a Laboratory Maniac or Jace, Wielder of Mysteries, can be an immediate win.

Consecrated Sphinx is a card I personally have been dying to get my hands on to shove in my favourite Commander deck, Kwain, Itinerant Meddler. Knowing there are two chances in every Double Masters 2022 pack for it to show up makes me even more excited for this set than I already was.