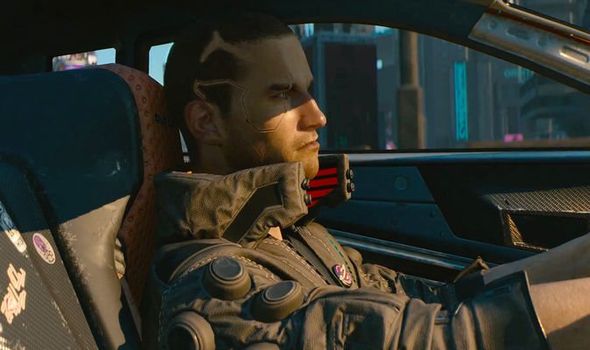 Proof that Cyberpunk 2077 is much more than a futuristic GTA clone, CD Projekt has posted new information about how player stats and upgrades impact the open world experience.

According to senior level designer Miles Tost (via Twisted Voxel), stealing cars won’t be as straightforward as it is in games like Grand Theft Auto.

Indeed, the ability to steal cars won’t actually be available until you’ve levelled up the correct stats.

You’ll need to level up a physical stat in order to forcibly remove NPCs from their vehicles, and upgrade a different stat to break into stationary cars.

It’s just another thing you’ll need to think about when you’re planning your approach to any given mission in Cyberpunk 2077.

Perhaps surprisingly, one of the vehicles players will be able to obtain is the Porsche 911 Turbo.

Players will also be able to drive a wide variety of fictional vehicles, including trucks, motorbikes, and sports models.

Unfortunately, however, you won’t be able to get your hands on any flying vehicles, because it would have posed big problems for the game designers.

CD Projekt recently confirmed that Cyberpunk 2077 had gone gold ahead of its November release date.

This means that Cyberpunk 2077 is ready to enter mass production, and that there is unlikely to be any other delays. In other words, the November 19 Cyberpunk 2077 release date is final.

The news was announced by developer CD Projekt on Twitter: “Cyberpunk 2077 has gone gold! See you in Night City on November 19th.”

Needless to say, in 2020 a game going gold doesn’t mean there isn’t more to be done ahead of launch.

A game the size of Cyberpunk 2077 is almost certain to come with a pretty big day-one patch to iron out any lingering bugs.

Cyberpunk 2077 is described as an open-world, action-adventure game set in the futuristic location of Night City.

“You play as V, a mercenary outlaw going after a one-of-a-kind implant that is the key to immortality,” reads the official description.

“You can customise your character’s cyberware, skillset and playstyle, and explore a vast city where the choices you make shape the story and the world around you.”

As the description suggests, different players will have a vastly altered experience based on their approach to gameplay.

Super Nintendo World theme park opens in Japan this spring
We and our partners use cookies on this site to improve our service, perform analytics, personalize advertising, measure advertising performance, and remember website preferences.Ok