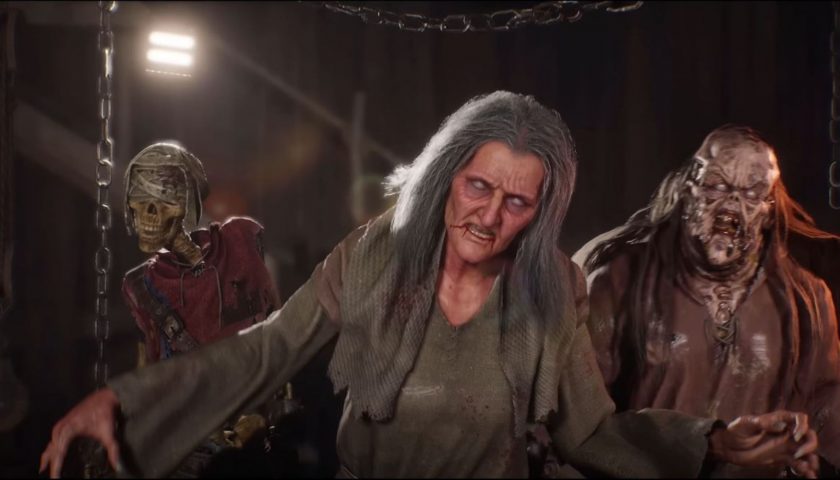 Luckily, the Plague Bringer has more infernal energy than the other Demon Classes and gets energy from light and heavy attacks. Although at low levels, you can find yourself quickly running out of energy. 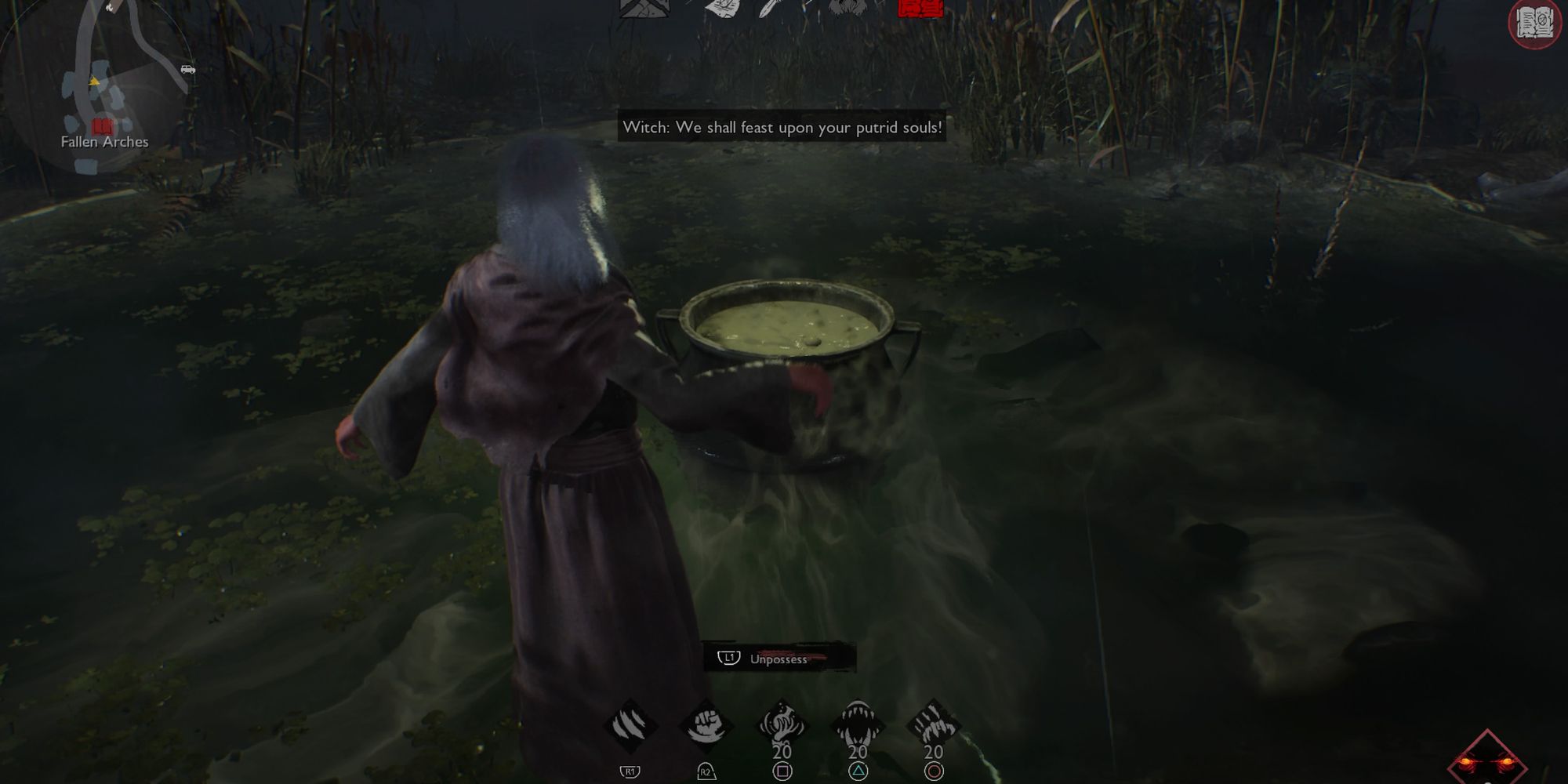 An essential aspect of the Plague Bringer is her unique ability. Her special is the Wicked Brew; you place a large Cauldron on the ground. The Cauldron has an area effect that buffs units' Balance Bar and reduces the healing for survivors in the area. Also, your abilities while in the area cost less Infernal Energy. The ability is powerful, but the range of the area is relatively small, but the Cauldron has a large amount of health before it can be destroyed. So, where you place the ability is essential.

You want to place the cauldron in tight spaces where you can isolate and trap survivors.

The Plague Bringer also has a unique mechanic: Blight. Survivors who get infected with Blight receive reduced healing from all sources. The effect of Blight can be improved in the skill tree, and it is essential to understand which abilities on your unit inflict Blight. Blight helps deal more consistent damage without the health being replaced by a support character's healing. Improvements to Blight are a big part of the Plague Bringers skill tree, and mastery of this mechanic is vital. 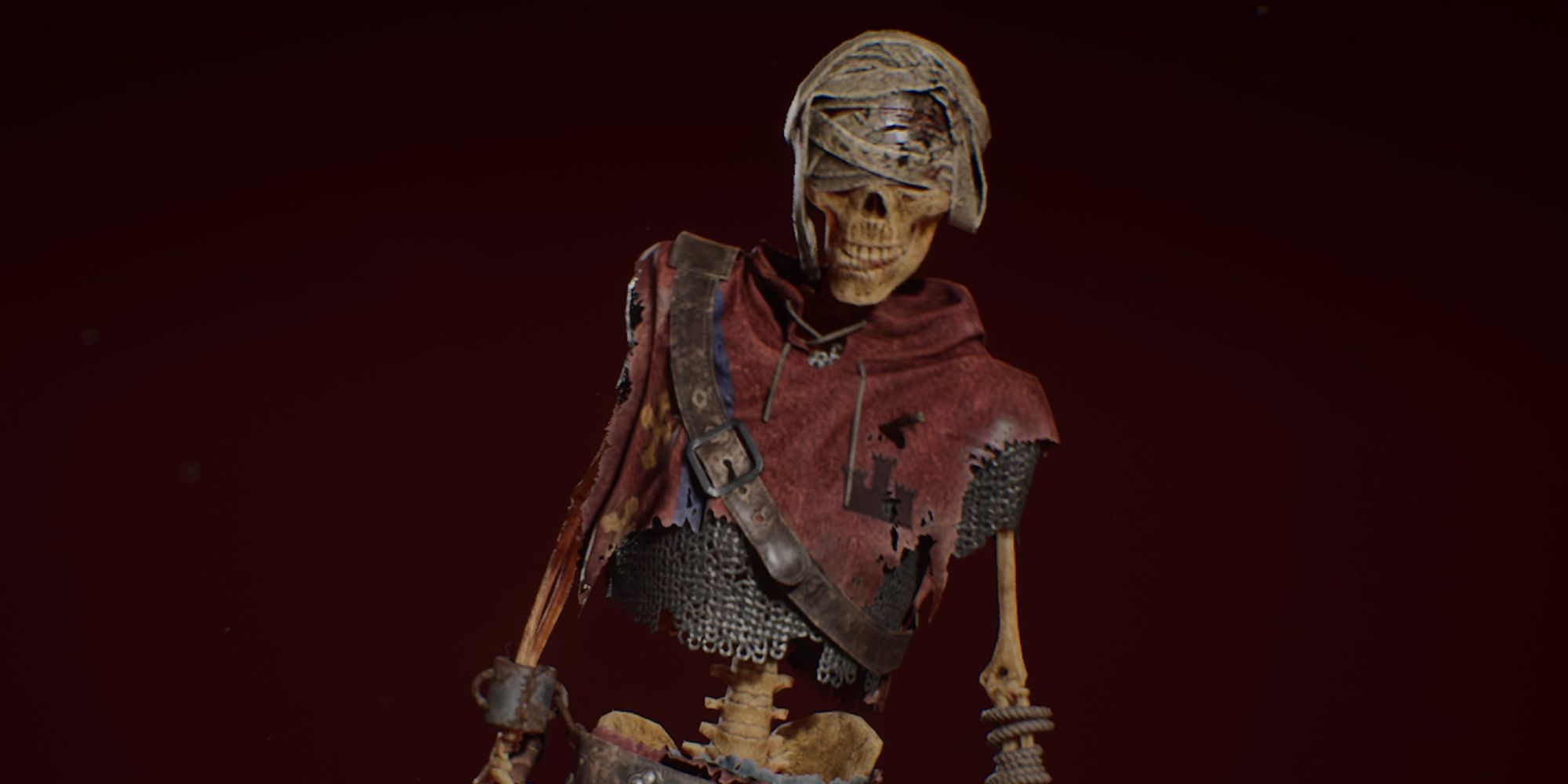 The Prisoner Skeleton is your primary damage dealer. Thanks to this unit, the Plague Bringer Demon Class has a strong early game. With the Prisoner Skeleton, you should focus on using its Vicious Circle ability, and it catches survivors attempting to dodge forward through your attacks to get behind you.

The Double Pierce ability is what can Blight the enemy. Unfortunately, the move is heavily telegraphed with a slow start-up. Most survivors will dodge the attack since abilities use energy, so avoid using this too much in the early game.

The Pit Deadite is your meat shield. With its damage reduction to melee attacks and powerful area of effect attacks, this unit is excellent for dealing with survivors who are close together. Both of the Pit Deadite abilities do hit everything around it.

Corrosive Blast is the ability that causes blight when you hit a survivor with the attack. Like the Prisoner Skeleton, this ability has a slow start-up, but you have more control of the attack.

The Pit Deadite also has an effect when on death it leaves a green puddle that stops survivors from running and dodging. 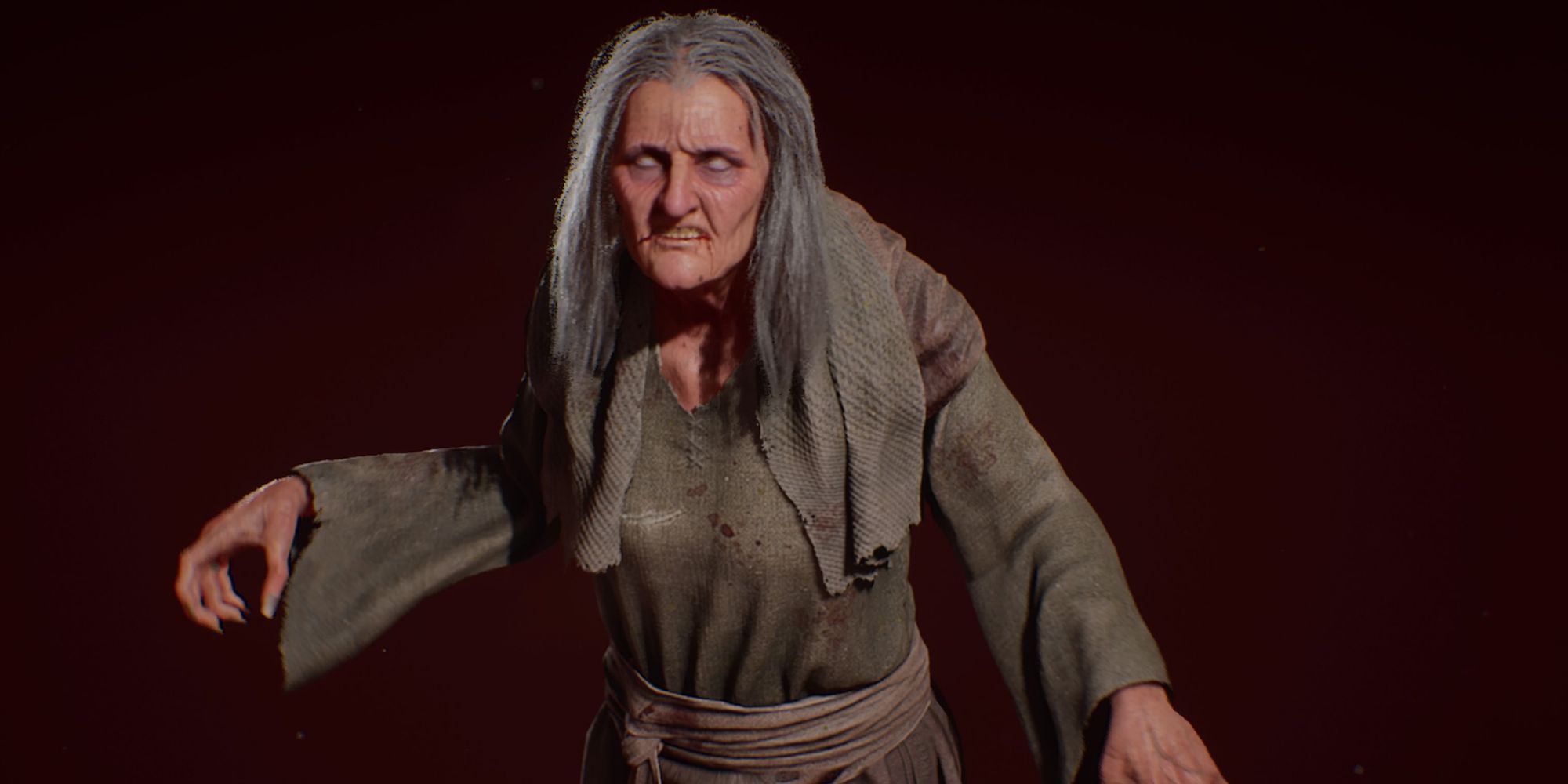 The boss unit, the Witch, is special in the fact that, unlike the other bosses, it attacks at a range. That makes the boss strong against melee attacks because you can kite the enemy. The boss makes use of the Blight mechanic and is better focused on attacking when the enemy is grouped.

The Witch also has a berserk state; she can rise back up and attack the enemy again when defeated. In this mode, she has lower health, but her abilities cost zero Infernal Energy.

The abilities Potion Pitcher and Primal Scream are great tools for the Witch for Blight and fear. The abilities work best when she is supported by her other units, the Pit Demon puddle can make the easy survivors targets for these ranged abilities. 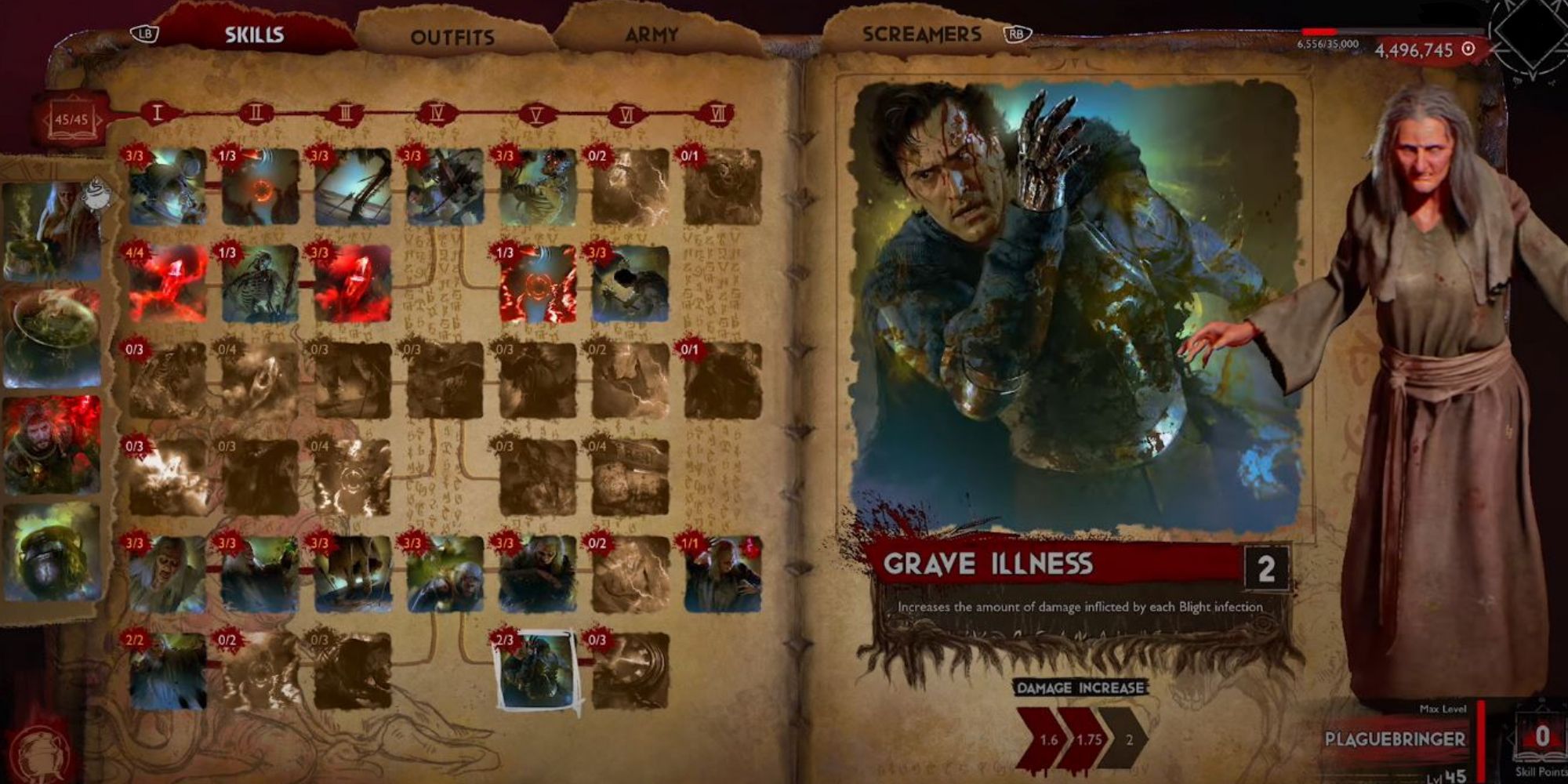 The Plague Bringer is a great Demon Class to experiment with because its skill tree is very organized. Buffs to basic units at the top, elite units in the middle, and the boss at the bottom. With that, it's hard to make a build that will not find success at different stages of the game.

Here are some great skills if you want an idea of where to start with:

Vicious Circle is the ability you should always use with the Prisoner Skeleton, and this skill increases that ability's damage. Regardless of the build you are going for, this skill is an absolute for early game damage.

This skill is a must to manage your Infernal Energy. Increases the amount of energy you receive from Infernal Orbs, it's a beneficial ability along with others in the skill tree that reduce your energy consumption.

With this skill, blight-infected survivors deal less damage. This is an important skill regardless of build. The longer your units survive, the better. The Plague Bringer is strong in the early game but in the late game other than the Pit Demon can suffer from having low durability. This skill can help alleviate that issue.

Grave Illness is a skill that increases the damage from the Blight Infection. The Plague Bringer is all about the effect of Blight, with the healing reduction it provides, you should be keeping the Survivor's health low and make them run out of healing supplies.