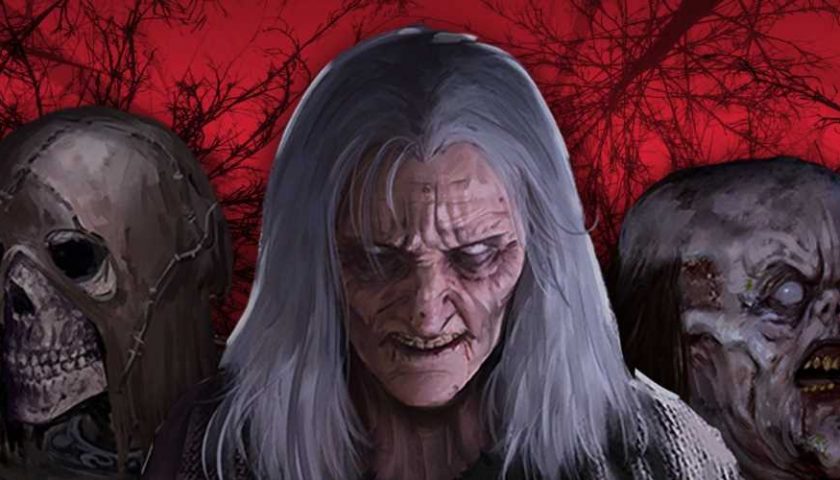 Evil Dead: The Game is adding the Possessed Witch from Army of Darkness as the demon boss of a new class called Plaguebringer.

After recent complaints from Evil Dead: The Game players that Saber Interactive wasn't communicating with them about the content that's currently in development, it seems like the studio has learned its lesson, as it's recently been sharing more and more of what's to come in the future, including a new survivor in the form of Mia from the 2013 Evil Dead reboot.

Survivor players aren't the only ones that have something new on the way, as Saber has just revealed that it's adding a new Demon class to the game in September called Plaguebringer. Details on what the class can do haven't been revealed just yet, but the Demon boss is confirmed to be the unnamed Possessed Witch from Army of Darkness.

Evil Dead fans might remember the Possessed Witch (who is given that unofficial name in the credits) from the scene where Ash is being fed and watered after defeating the Pit Bitch (again, named in the credits). As Ash is getting praised, the Possessed Witch starts attacking him, only to be taken out with a stylish over-the-shoulder shotgun blast.

Speaking of the Pit, uh, Deadite, that looks to be one of the summonable units that the Plaguebringer can use, as she can be seen to the right of the Possessed Witch in the artwork that Saber shared. It's likely that she's one of the more powerful units of the Plaguebringer, considering their power in Army of Darkness and how well-known they are. The other unit seems to be a skeleton archer of some kind.

It's especially surprising to see Evil Dead: The Game use a character as minor as the Possessed Witch to lead an entire class, especially considering we already know that references to major characters like Ruby can be found in the files of the game, implying she's coming as a Demon Boss at some point.