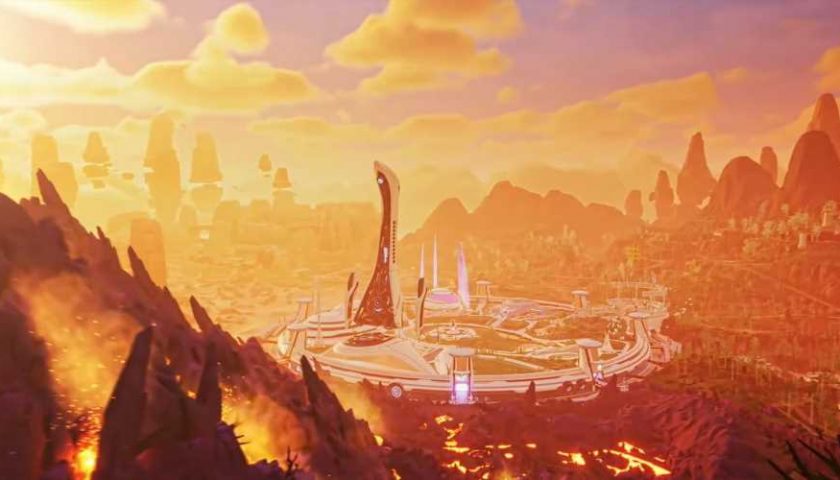 Everywhere has finally been revealed. Build A Rocket Boy, the studio founded by legendary former Rockstar producer Leslie Benzies, kicked off Gamescom's Opening Night Live with a trailer and a release window.

The trailer itself is just as mysterious as the game. It showcased a lush forest, a thriving metropolis, a barren desert, and a fiery caldera, all of which seem to feature some sort of vehicular racing. And then at the end, a series of flashing images that seemed in far higher definition than the previous scenes. A man's face mirrors the audience in its confused expression.

Everywhere's website is equally opaque when it comes to describing the game. "Everywhere seamlessly blends gameplay, adventure, creativity, and discovery in an all-new multi-world gaming experience that redefines how players connect with one another and with the digital world around them," reads the site's FAQs. We don't know if it'll be an RPG or a shooter, a racing game or an open-world explorer, or whether it'll even be in third or first person.

"Our intent has always been to push the boundaries of what a videogame can be while still delivering an innovative player-first experience," said Benzies. "The team we’ve built and the partners we’ve made since our founding are coalescing around the unique vision we’re bringing to life. It’s exciting to be a part of, and we can’t wait to reveal more about Everywhere in the coming months."

We do know one thing, at least. The game is being built in Unreal Engine, as per a press release from two years ago. And in the preview before the show, Build A Rocket Boy devs noted that the game has been in development for five years, and they're eager to get it out there into the world

We won't have to wait too long for more, as Benzies has promised more information will be coming soon. You can check back on Everywhere's website for more. Everywhere releases sometime in 2023.