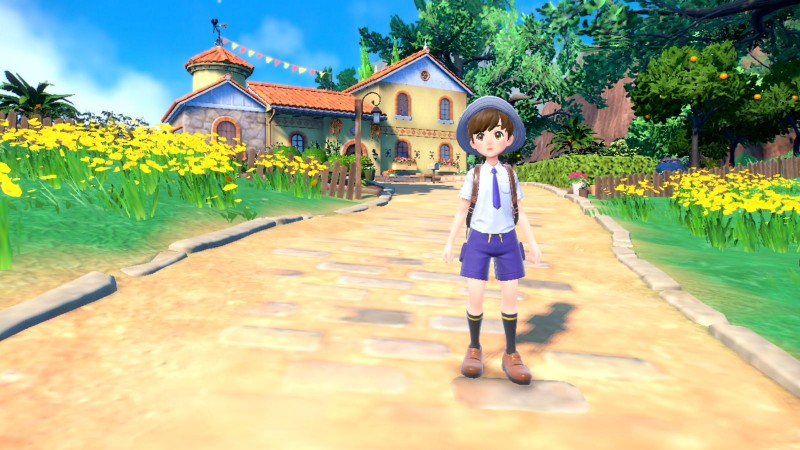 It’s February 27, which means The Pokémon Company had a stream to celebrate the series and all of the games within it. This year was nothing short of a great stream, bringing news of updates for many of the franchise’s titles including Pokémon Go, Pokémon Brilliant Diamond and Pokémon Shining Pearl, Pokémon Legends: Arceus, and even the reveal of Generation 9.

If you missed today’s stream and are looking for a recap of everything revealed, we’ve got you covered.

Revealed in a new trailer that closed out the stream, Generation 9 is officially Pokémon Scarlet and Pokémon Violet. While the region was not given a name, it was shown off with sweeping vistas, familiar pocket monster faces, and beautiful use of color. While we don’t know for sure, our guess is that this region is based on Spain. You can watch the reveal trailer below:

As you can see the trailer, we also received our first look at the starters: Grass-type cat Sprigatito, Fire-type croc Fuecoco, and Water-type duckling Quaxly. Here’s a better look at each, with some information about their height, category, weight, and ability.

Later today, a new update for Pokémon Legends: Arceus will go live. Titled Daybreak, Update Version 1.1.0 will add a new investigation to the game for players to take part in. You must investigate a new phenomenon that is causing a mass outbreak of what appears to be Alpha Pokémon. Plus, this update adds new trainer battles to the in-game Training Grounds. You can watch the Daybreak update trailer below:

Later today, a new Mystery Event for Pokémon Brilliant Diamond and Shining Pearl will go live and it will give players Oak’s Letter. This can be used to begin the Mythical Pokémon Shaymin encounter in-game, giving players the chance to add this Pokémon to their party and Pokédex. As noted by Game Freak, it takes approximately two hours of playtime before the Mystery Gift feature is unlocked in new playthroughs of these remakes. You have from now until March 27 to claim the Shaymin mystery gift.

The Pokémon Company has revealed that starting March 1, Pokémon from Pokémon Sun and Pokémon Moon will begin to appear in Pokémon Go. These Pokémon are from the Alola region and while waiting for the full update to go live on March 1, you can catch Alolan Exeggutor in the mobile game right now.

A new type of battle – Full-Fury Battles – will be added to the game today and on special days posted on the official website, you can play as any Pokémon (regardless of license) in this mode or any mode in Pokémon Unite. Furthermore, a special Pokémon Day event is now live, complete with commemorative Pokémon Day Trainer fashion items you’ll receive for simply logging in to the game during it. We also received a new look at Hoopa, who is joining the game and a tease at the next Pokémon getting added to the roster after that: Duraludon.

Pokémon Masters EX is celebrating its 2.5-year anniversary this month and Pokémon Day with new trainers and more. Victory Road is the big new feature and in it, you can team up with Sygna Suit Red, Sygna Suit Blue, or Sygna Suit Leaf trainers. Plus, you’ll get 5000 gems for trying out Victory Road. The Pokémon Company also revealed during today’s stream that May and Latias, Skyla and Tornadus, and Raihan and Flygon are joining the game, with their own special unique outfits, too. If you login today, you’ll receive 3000 gems.

Pokémon Cafe Remix is getting deliveries. This new feature arrives thanks to Pelipper, who will deliver your orders to others for you. Sometimes, Pelipper will deliver orders to Pokémon new to the game, such as Victini. The trailer for this update reveals that Victini will be especially useful in Pokémon Cafe Remix’s new puzzle mode, which will hit the game later this year. Alongside that, there’s three new events.

The first event is called Bulbasaur’s Happy Pokémon Day, which includes a seven-day login bonus event and on the first day, you can earn a special crown for your Bulbasaur. The second event is an increased chance for shiny Piplup to appear. The third and final event is that all players will be able to use the Express Delivery in-game 11 times for free. With the second anniversary of Pokémon Cafe Remix approaching this June, The Pokémon Company says that a lot of new Pokémon will be added to the game.

The Pokémon Company revealed during today’s stream that a new “online animated series” set in the Hisui region has begun production. This means that the game will take place in the world of Pokémon Legends: Arceus. It will be an original story and is set to premiere in 2022.

And that’s everything revealed today during the Pokémon Day stream. What are you most excited for? Let us know in the comments below!