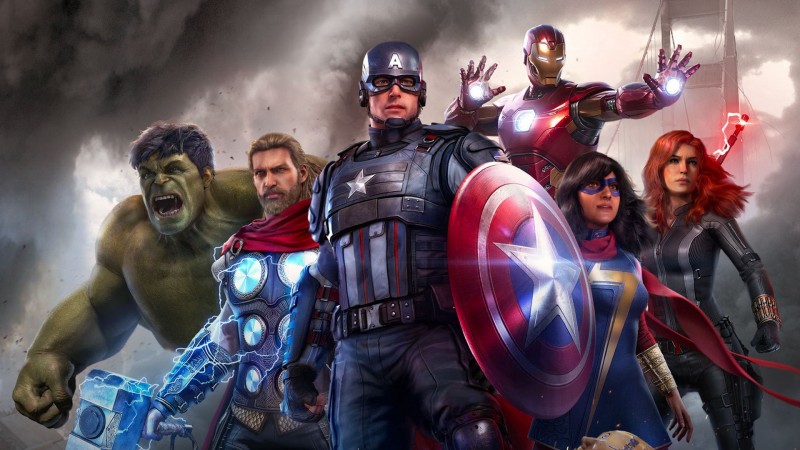 If we’ve learned anything from Marvel’s comics and cinematic universe, it’s that the world is always expanding. New villains are always emerging and new heroes are always swooping in to stop them. Crystal Dynamics is taking this same approach with its game starring Earth’s Mightiest Heroes. Marvel’s Avengers launched with six playable characters, but that’s far from all the heroes we’ll be able to take control of when it’s all said and done. Crystal Dynamics has said that all playable characters will be added at no additional cost, but additional upgrades for those characters could cost money.

Check out all the characters you can play as in Marvel’s Avengers, as well as all the heroes still to come.

Following a disaster in the opening of the game, Kamala Khan discovers new powers that allow her to grow and stretch her body in ways that help her fend off enemies and traverse the environment in unique ways. As the main character of Marvel’s Avengers, her goal is to reassemble the outlawed hero team to once again save the world.

The leader of the Avengers, Captain America is killed during the opening sequence. His loss is felt throughout the story as the Avengers work to come together and make his sacrifice meaningful.

The billionaire tech genius in the metal suit has a full arsenal of gadgets and weapons to use against the forces of evil.

The former SHIELD super spy is a martial arts and weapons expert, and has the gadgets to support her skills.

The mighty god of thunder wields his legendary hammer Mjolnir, along with powerful command of lightning.

The mild-mannered Bruce Banner transforms into the giant, green rage-monster to rampage through enemies and environments with ease.

Missing since the events of A-Day, Clint Barton re-emerges as a part of Operation: Future Imperfect. Taking place in a future where the world has been devastated by the Kree and nuclear war, Operation: Future Imperfect pits Hawkeye against a deranged Maestro, a transformed version of Hulk that combines Banner’s intelligence with Hulk’s might. Maestro has killed all superheroes and supervillains in this theoretical future, and it’s up to Hawkeye to put an end to his reign.

Crystal Dynamics has announced the webslinger is coming to the PlayStation versions of Marvel’s Avengers in 2021, but it will be a distinct version from what we saw in Insomniac Games’ Spider-Man. According to the studio, Spidey will get his own story and cutscenes when he joins the fight later this year.

Of course, with so many superpowered heroes on the roster, Marvel’s Avengers needs a stable of villainous threats worthy of the team’s attention. Just like with its hero roster, Marvel’s Avengers has been steadily increasing its villain roster. Here are the characters you can expect to fight as you play through the base game and its various post-launch content drops.

Be sure to bookmark this page and come back regularly to see the latest additions to Marvel’s Avengers as they are announced and added.