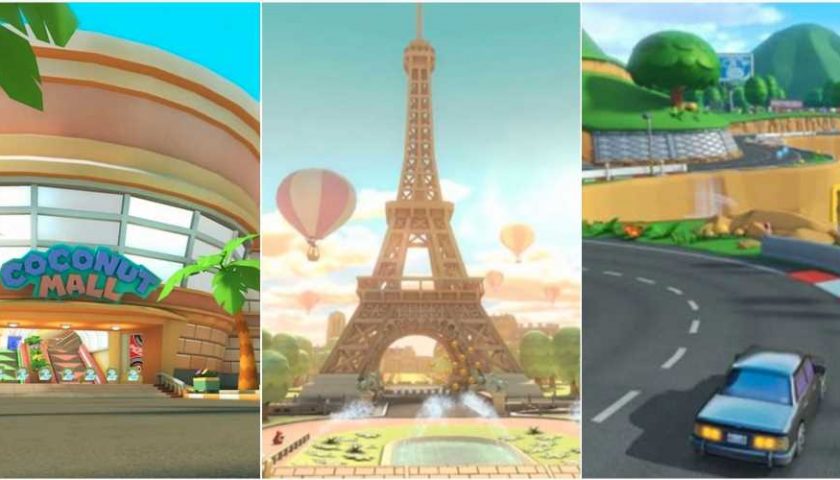 It sometimes feels like Mario Kart 8 has been around since time began. Its presence on both the Wii U and Nintendo Switch consoles has not gone unnoticed, and you’d be hard-pressed to go to a friend's house and not find a copy of the game lying around. Fortunately, Nintendo has graced fans with brand-new content in the form of DLC tracks.

These DLC tracks take the form of revamped maps from previous games spanning from the recent Mario Kart Tour all the way back to the Nintendo DS – wow, so old. However, while most of these maps have been given the Switch treatment, they’re simply not all built equally. Fortunately for you, this will break down which tracks you should whip out the old dusty Switch for and which you can simply skip in Wave 1 of the DLC. 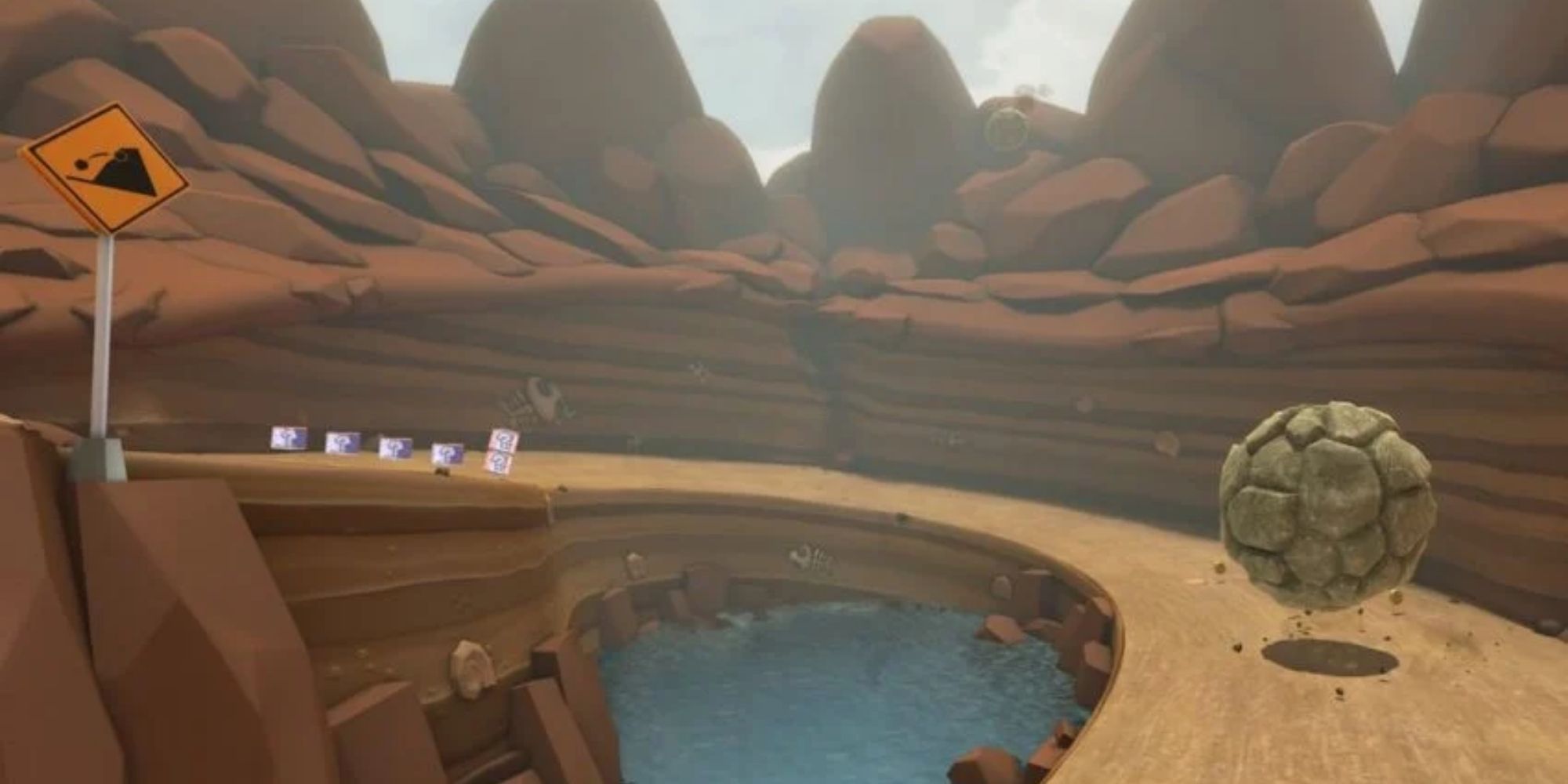 Let’s be honest, Choco Mountain is clearly the weakest map in the first wave of DLC. In all honesty, why it was included is frankly a little baffling. Sure, like all Mario Kart maps, Choco Mountain has its fans, but for the most part, this is a fairly brown spirally map with a handful of bumps and the occasional chocolate boulder to miss by a mile.

Okay, so Choco Mountain isn’t the worst thing to happen to video games. In fact, the Mario Kart 8 Deluxe version improves upon the original in some genuinely meaningful ways. However, outside of those superficial alterations, it’s just a bit bland. There’s not much exciting going on here, and skipping this one wouldn’t be the worst Mario Kart-related decision you’ve ever made. 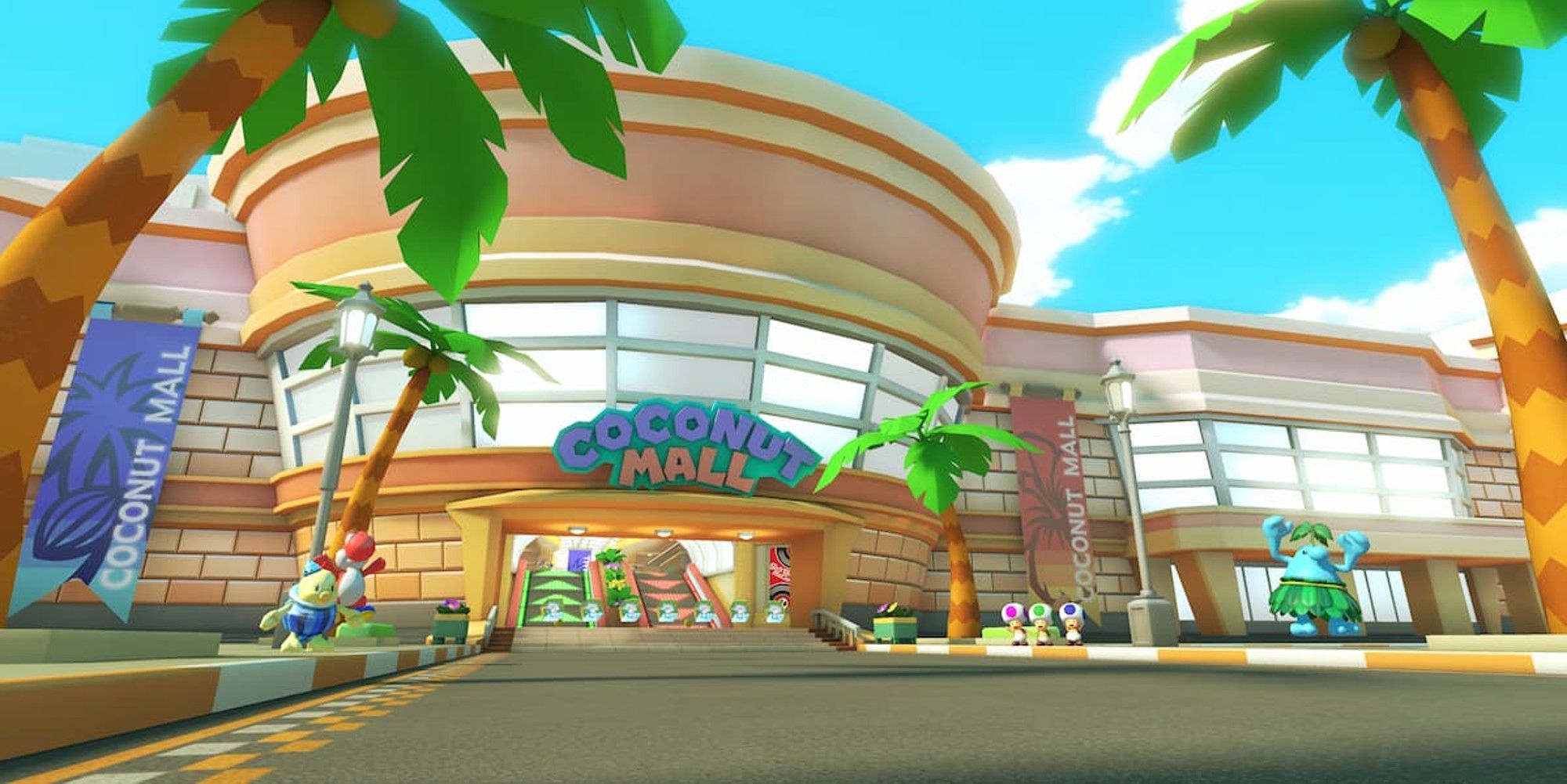 Coconut Mall was hands down the best Mario Kart Wii map. It was filled with references to your console’s Miis, had numerous subtle and not-so-subtle obstacles to avoid, and was set in the vibrant location of a mall. There was a lot to love about the Wii version, which is why it is so disappointing that the Mario Kart 8 Deluxe version falls short.

The new Coconut Mall is really devoid of life. Gone are your weirdly designed Miis that maybe resemble you but don’t really, the elevators that you’re never quite sure are going up or down, and even the “Have a nice day” sign. Does Nintendo no longer want us to have a nice day? Did they intentionally ruin Coconut Mall so we would have a terrible day? Heartless. Whichever way you look at it, the new alterations to Coconut Mall are pretty terrible and make it a far worse map that it should have been. 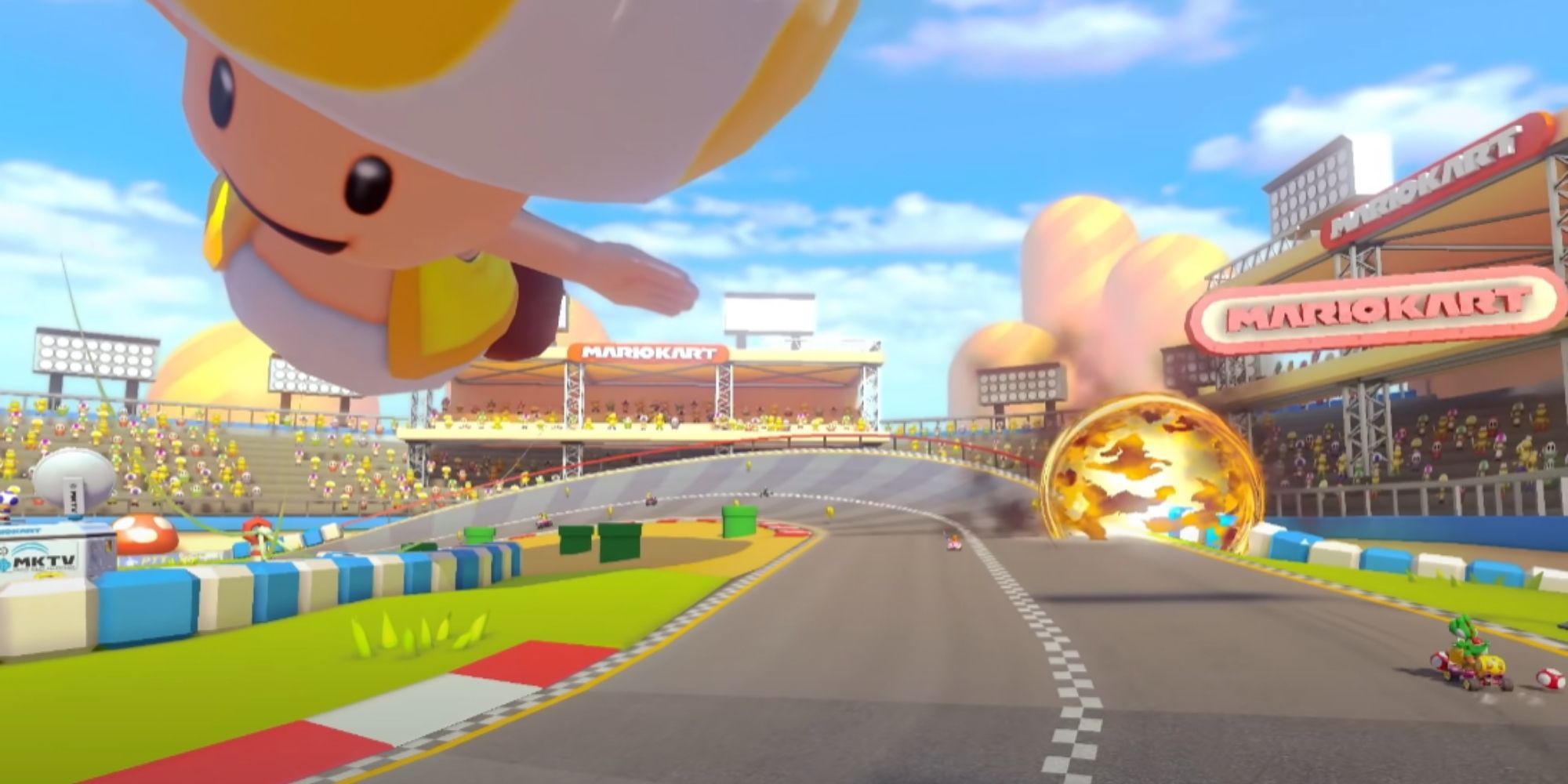 Toad Circuit is a pretty boring map. There isn’t much to be said about this addition from the 3DS other than it's a tad boring. Taking after the other Circuit style maps including Luigi Circuit and Mario Circuit, this is a fairly straightforward racing track. It has a couple of flourishes that make it stand out – most notably a giant floating Toad – but outside of those it doesn’t offer anything of any real value.

However, that’s not to say that Toad Circuit should be completely written off. Unlike other DLC maps, Toad Circuit is a fairly safe and self-explanatory map, making it the perfect starting point for kids. It’s also not completely devoid of fun and maintains the same Mario Kart charm like most other tracks. It’s just not particularly special, that’s all. 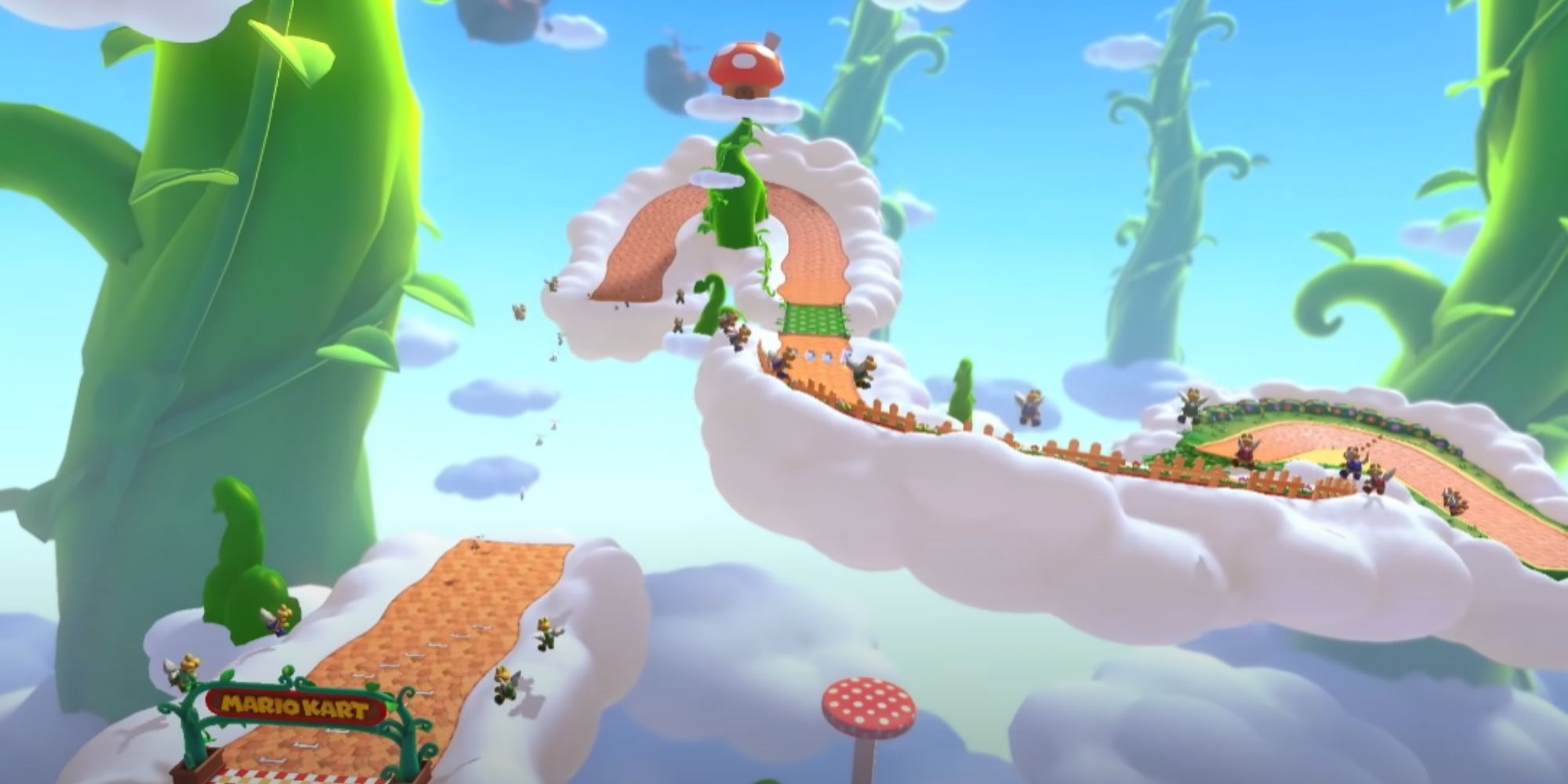 Sky Garden is a fairly spectacular map in terms of visuals, but very much dull in terms of design. It is fair to say that you won’t have to think much as you whizz around this rather picturesque map. Unfortunately, it is also trumped by the frankly far better Cloudtop Cruise which is available in the base game.

However, like Toad Circuit, Sky Garden is not without its highlights. The visuals for one are a genuine marvel, and it can be quite the scenic drive if you take your focus away from winning the race for a moment or two. It’s also, once again, relatively simple, so most kids could enjoy it without too much trouble. 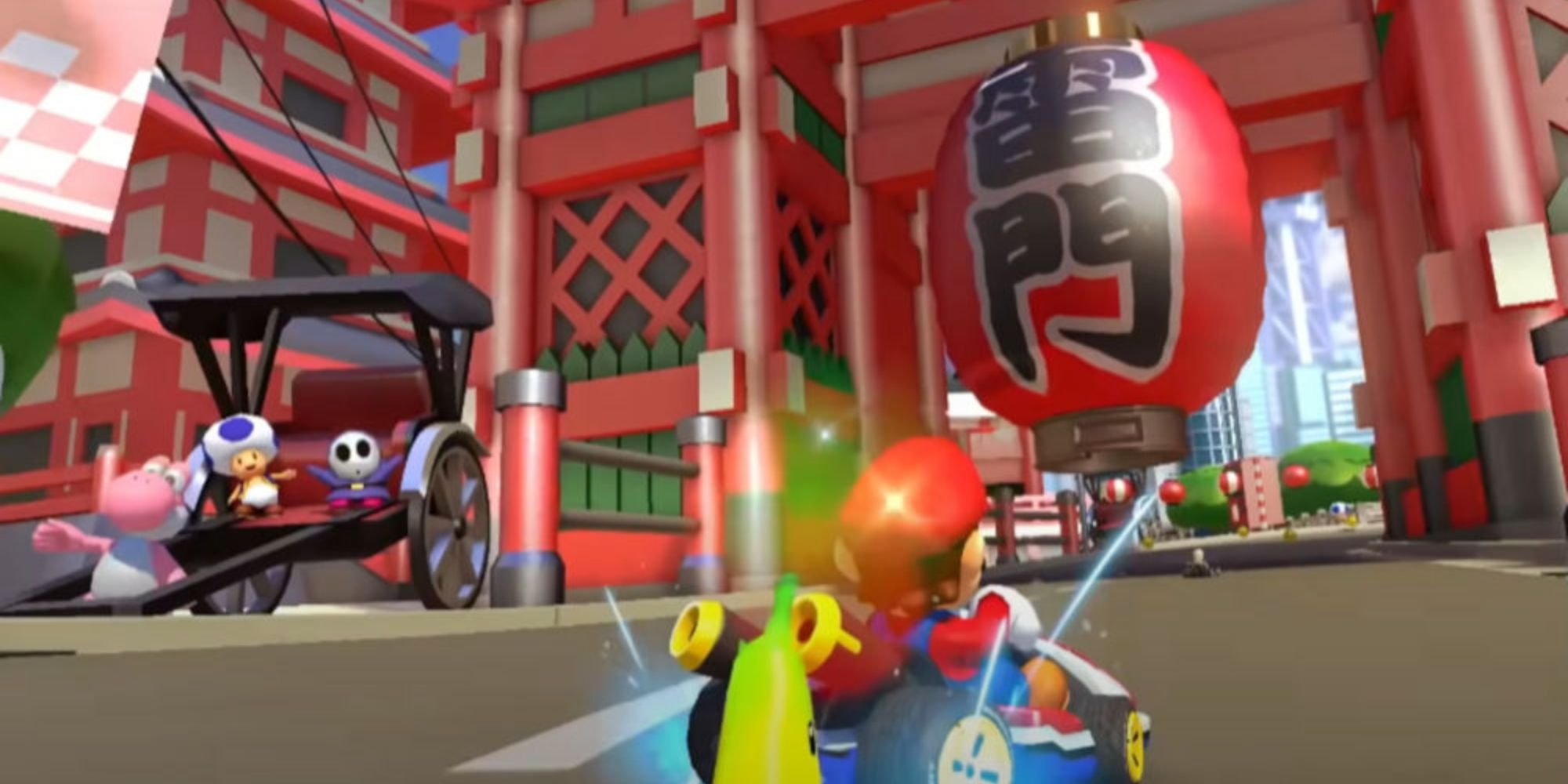 Tokyo Blur is the first of the Mario Kart Tour maps, and it's easily one of the better DLC maps as a result. Not only does it come with some of the more welcome changes from Tour – including an alternative route in the final lap – but it is also far more visually dynamic due to the original game’s already impressive visual fidelity.

Furthermore, despite being based on the wonderful city of Tokyo, Tokyo Blur feels distinctly Mario Kart in its overall design. You’ll get to see Mount Fuji looming in the distance beyond the vibrant Tokyo Tower as you race around the urban track. It’s a genuinely enjoyable time, even if the track’s layout is a little simplistic. 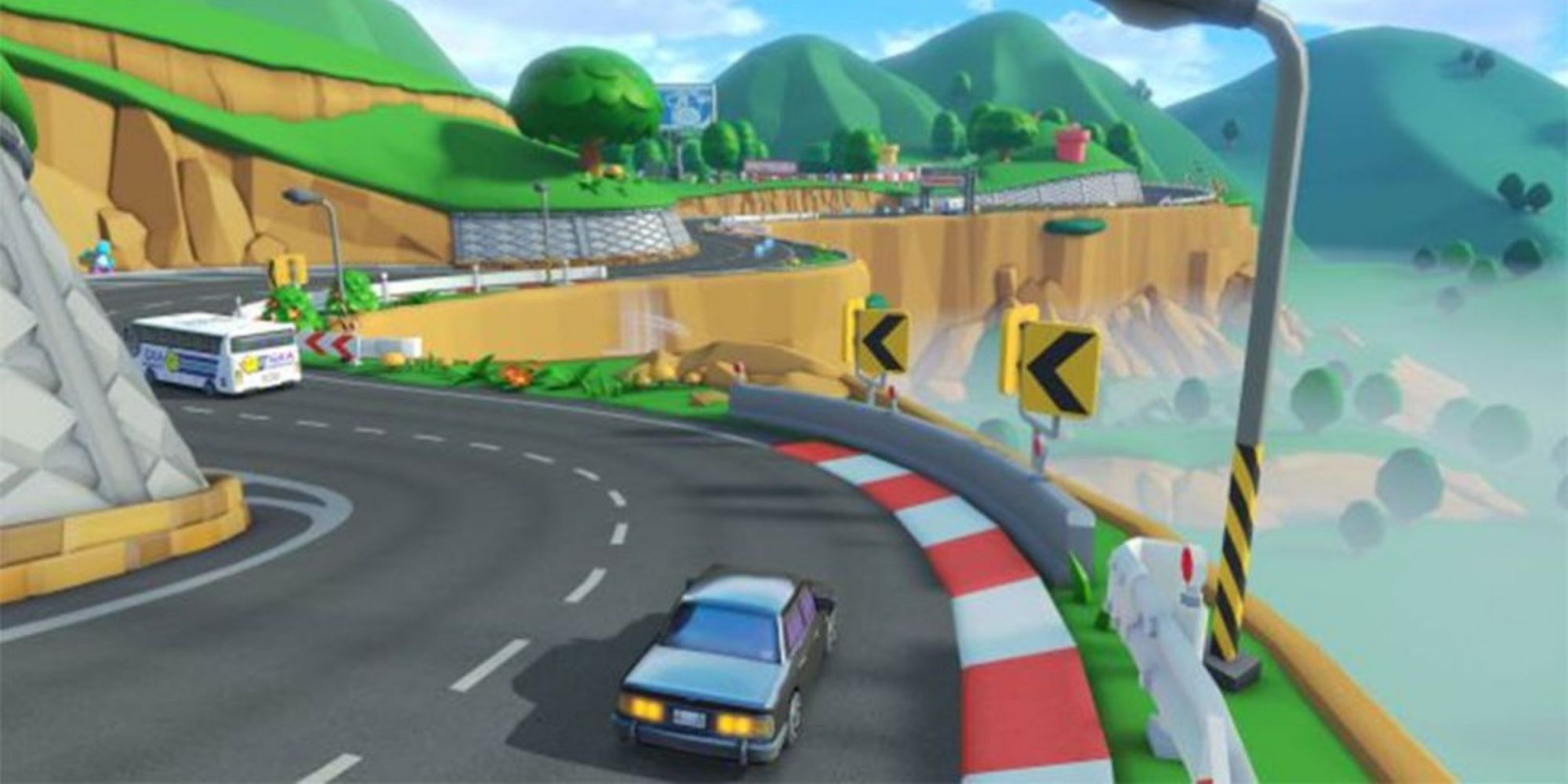 Its winding roads and numerous cars to avoid, make it a thrilling experience from start to finish. Its sights are also magnificent and varied enough to keep the whole thing feeling fresh. While of course, it's not the most complex in terms of designs, in this case, its simplicity absolutely works in its favor. What more could you possibly want than to avoid taxis and buses while drifting along a sharp bend? It’s pure Mario Kart gold. 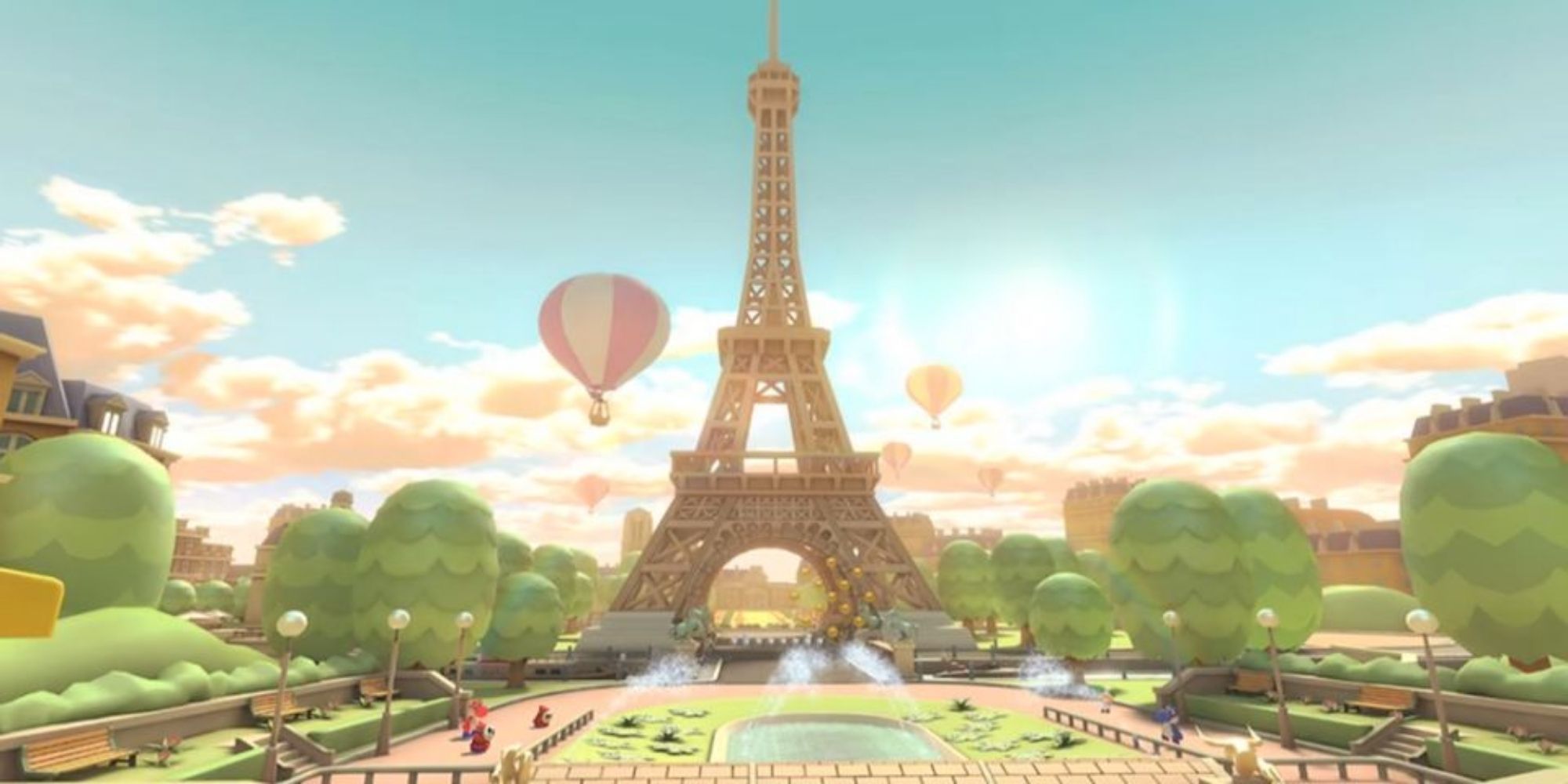 Paris Promenade is perhaps the most bizarre map in the whole of the first DLC pack. Its nonsensical – albeit stunning – recreation of Paris allows you to burst through the Arc de Triomphe, drift beneath the Eiffel Tower, and has a rampaging Piranha Plant protruding from presumably the catacombs.

However, despite the slightly odd nature of this gorgeous map, Paris Promenade is genuinely fantastic. Its wonderful accompanying accordion theme helps truly solidify the French stereotype in a gloriously well-meaning way – although let’s be honest, Mario should really don a beret and carry a baguette while driving on this track – and the various landmarks have been replicated rather accurately. It’s an incredibly fun map to explore, and one you’ll be happy to have in your rotation. 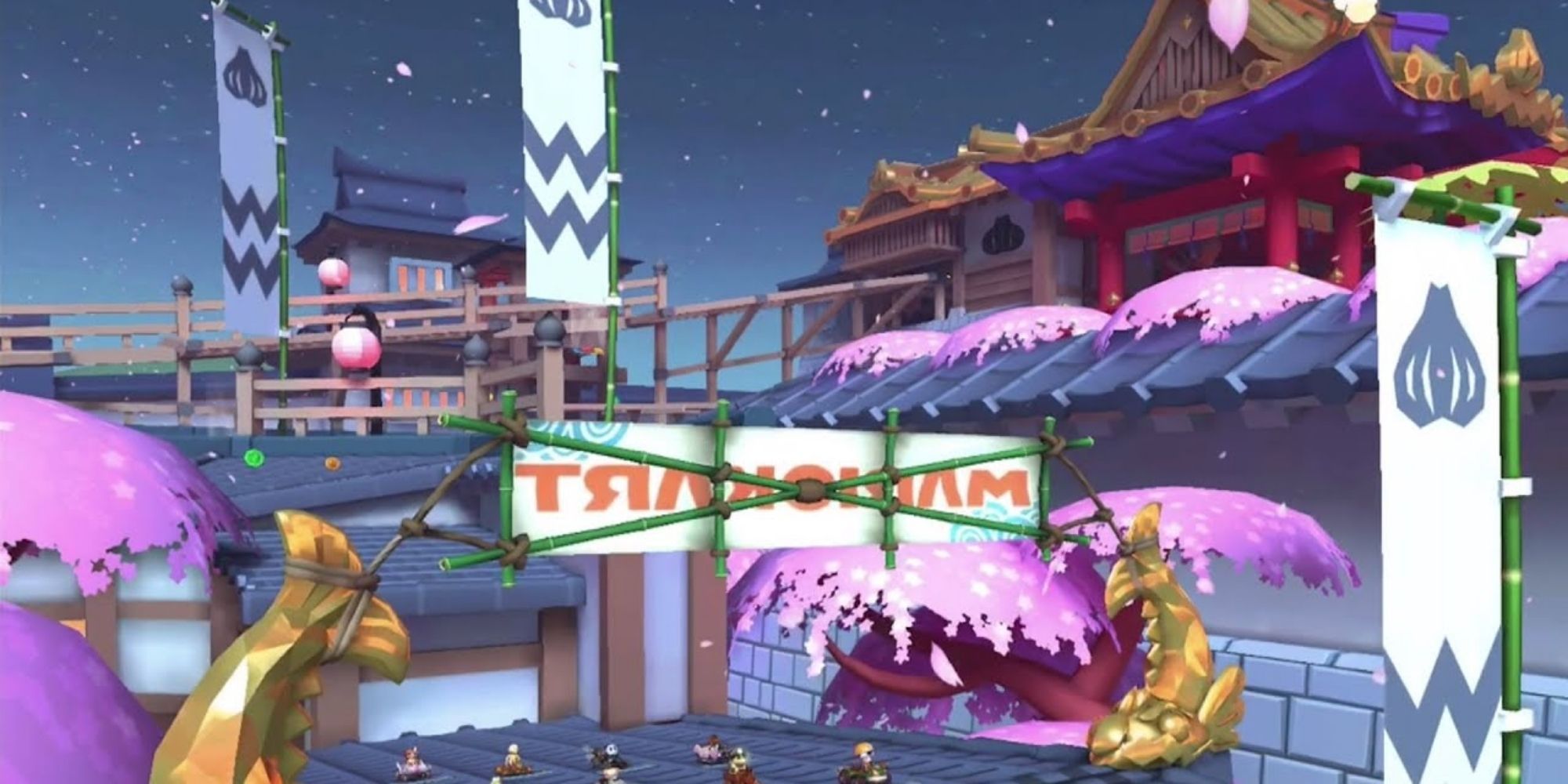 Ninja Hideaway has to be one of the most ambitious maps in Mario Kart history. Featuring numerous routes you can travel across all tied together by a wonderfully realized aesthetic, Ninja Hideaway offers a truly audacious and unique experience. What makes this even better is that these secret paths and alternate routes feel absolutely apt for the map, making it all the more immersive.

In contrast to the various other maps added in the first DLC pack, Ninja Hideaway feels as if it's in a league of its own. It’s infinitely better than the majority of other maps, especially the likes of Choco Mountain simply because of its variety and many secrets to be uncovered. There’s so much replay value here that you could play this three or four times and still likely not have seen absolutely everything. It is this kind of innovation that makes these DLC packs so exciting, and likely gets players wanting to move over to Mario Kart Tour. Ninja Hideaway is absolutely a track you should play once at the very least.