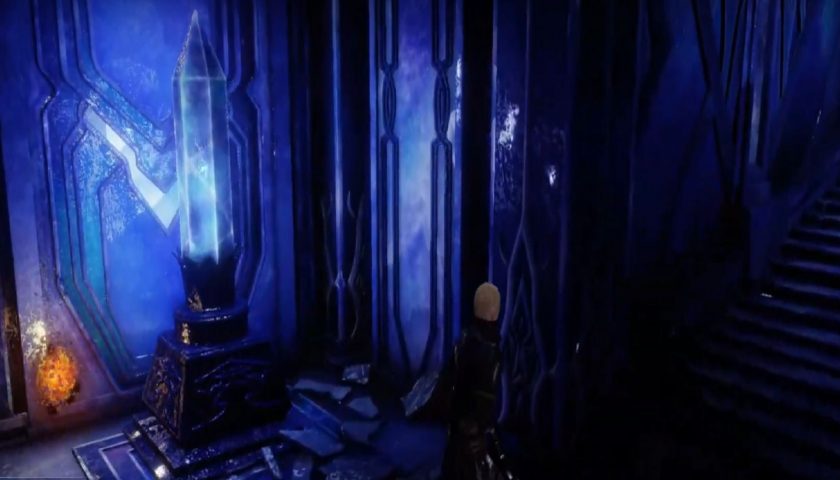 Stranger of Paradise Final Fantasy Origin is a game with layers like an onion. The gameplay mechanics start off simple, but there's a world of depth to be uncovered. In many ways, the game's plot follows suit. That which is expressly shown to you, especially in the earlier stages, is only a fraction of the truth. Finding that truth can dramatically improve one's understanding of what is truly happening to Jack and his friends.

One of the best ways to go about peeling back these plot layers is by acquiring every Lufenian Report. Numbering ten in all, they each shine a light on a certain aspect of this high-octane RPG's backstory, illuminating certain mysteries that may go unsolved without their guidance. Brave Warriors of Light, pray allow us to help you find every Lufenian Report in Stranger of Paradise Final Fantasy Origin. 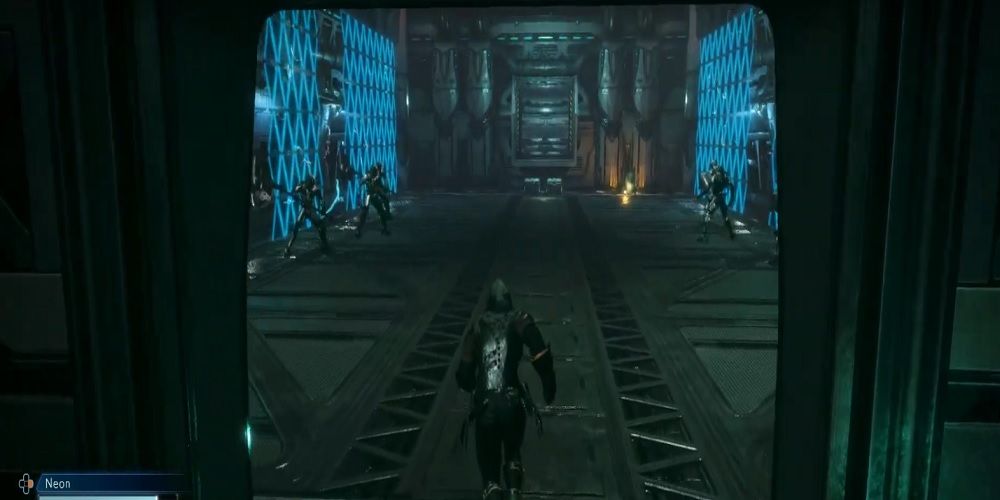 During the 'Memory of Wind' mission, exit the elevator near the start of the level that brings you to the Sanctum of the Triumphant. Follow this path through several enemy encounters, and you'll eventually reach an interactive terminal system. Take the next elevator, tarry down another straightforward route, and lo and behold you'll soon come across another terminal.

This activates deflective shields, allowing the party to get through a zone that would have otherwise decimated them. Reaching this third elevator brings them to the Den of Light and Darkness. Another path avails itself to you, with further foes to dispatch.

You'll come upon a total of two more interactive terminals to fiddle with; afterward, the elevator will send you to a separate part of the dungeon with a final set of enemies and Lufenian Report One.

For the second report, you'll be in the Cavern of Earth during the mission 'Memories of Earth'.

This one's fairly deep into the dungeon, so progress normally all the way until you reach the second-to-last Save Cube. From here, run down the staircase, which leads you to a number of potential paths. Keep straight and you'll exit the dungeon proper, deposited just outside its walls.

Lufenian Report Two is just behind a few foes. 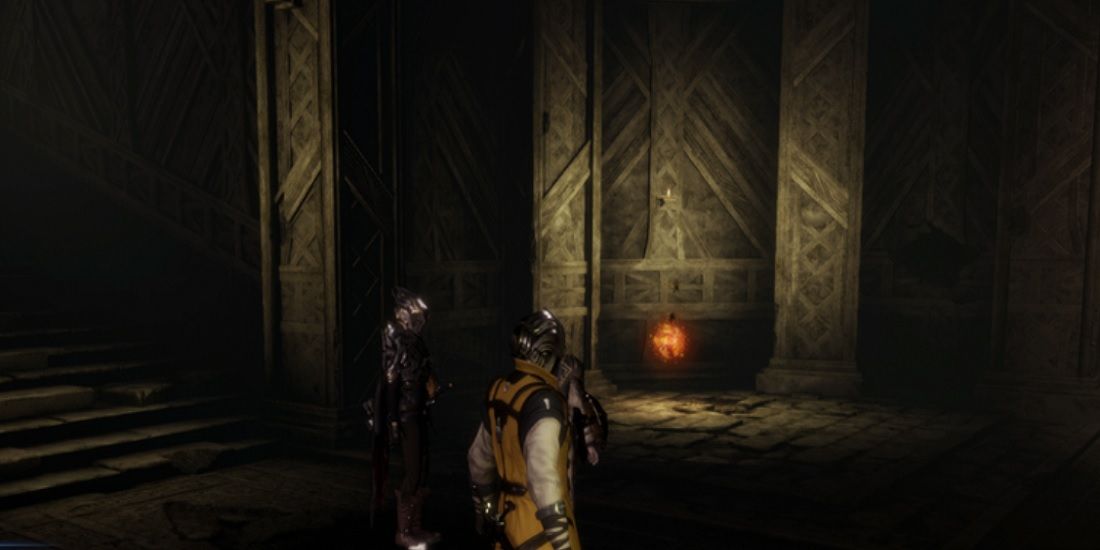 During 'Ruins of Machina', you'll eventually find a place called Monument of Fallen Warriors. Just past it is the Tomb of the Proud. Descend the staircase and voila – that's all there is to it. Lufenian Report Three is yours. 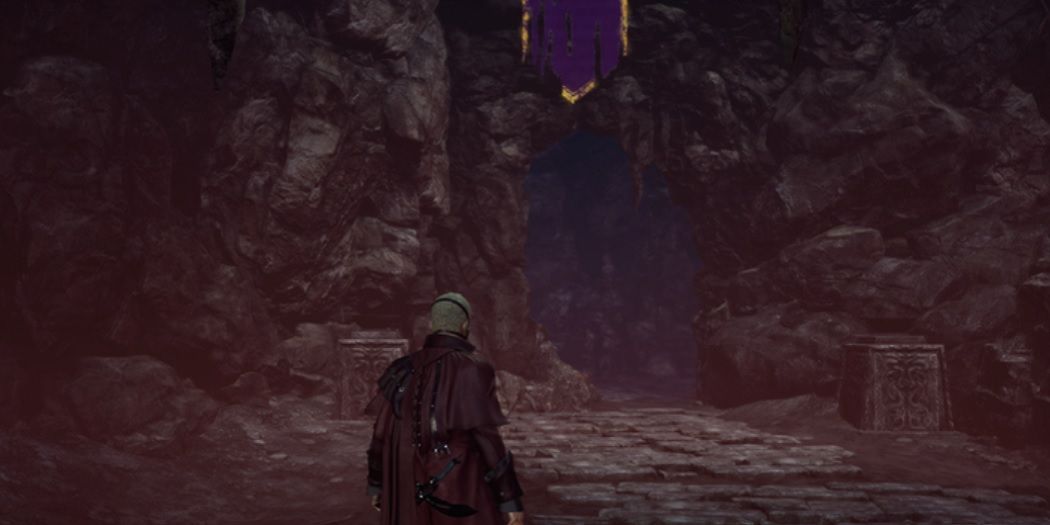 Another easy one! We love those. The mission is 'Memories of Fire' this time. Jack's at Mount Gulg, en route to battling Marilith. The Souleater Pyroduct is midway into the dungeon. Here, there's a sizable bridge made of stone that you can jump down. Doing so lets you land near another wall.

Breaking through this wall leads you through a linear cave and a ladder near the end. Climb the ladder for Lufenian Report Four. 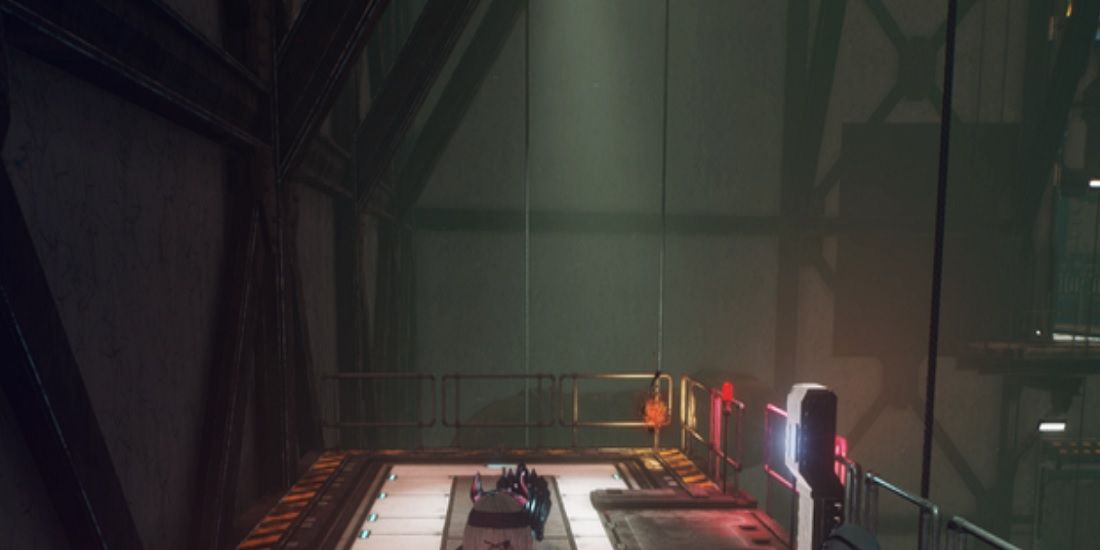 'Memories of Water' contains a Save Cube in an area entitled Pathway to Humility: Ascent. Use the White Key Card to crack open an entrance through a previously-locked door.

Just follow this short way ahead, including climbing the ladder. (Not that you'll have many choices on that front, regardless.) In the end, Lufenian Report Five becomes yours. 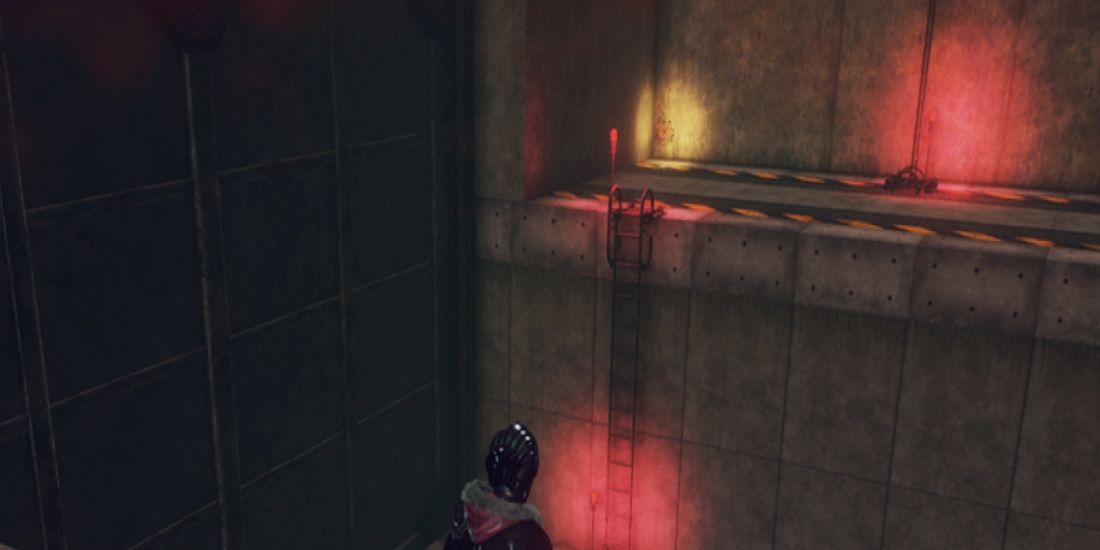 Still in 'Memories of Water' – this time in the Sunken Shrine – use the Black Card Key at the interactive terminal after defeating the Malboro Menace. Venture through the door and fight the foes situated beneath you.

Get past this pit-like area by climbing the opposite ladder. You'll find Lufenian Report Six. 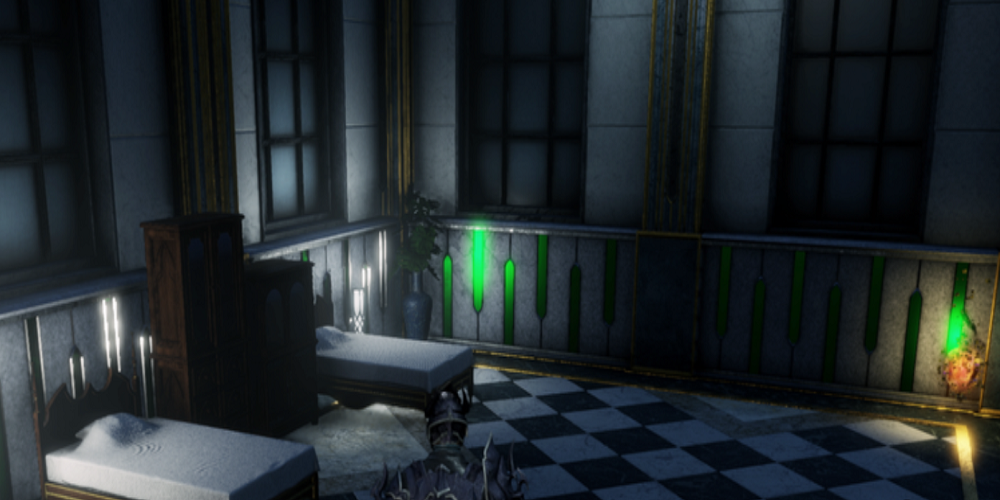 For Lufenian Report Seven, you'll need to wait until you've unlocked the main mission 'Remembering Home'. Arriving at the Vassal Quarters, take a moment to explore the area until you've located the part with Ancient Bat enemies.

Dispatch the bats, following the corridor as it banks leftward. There's another door here, so step on through and you'll find this report. 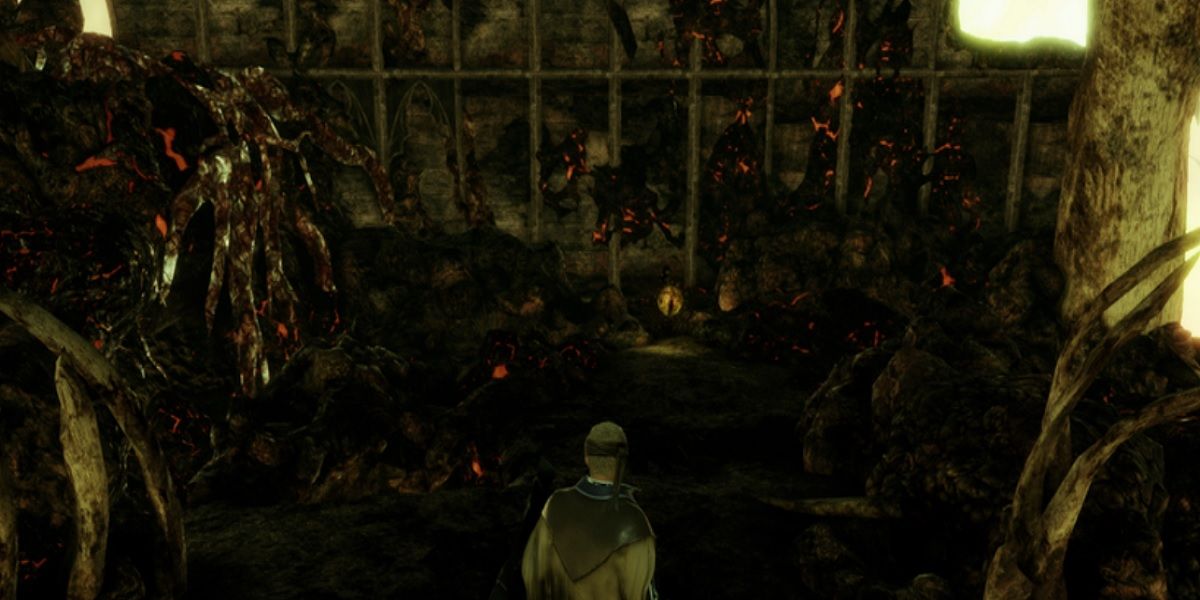 During 'The Suffering of Fools' mission, at the Path of the Forlorn, search for a metal chain that can be grabbed and ascend to a higher platform in this fashion. You'll have multiple options up here, but for Lufenian Report Eight, you'll want to turn left. 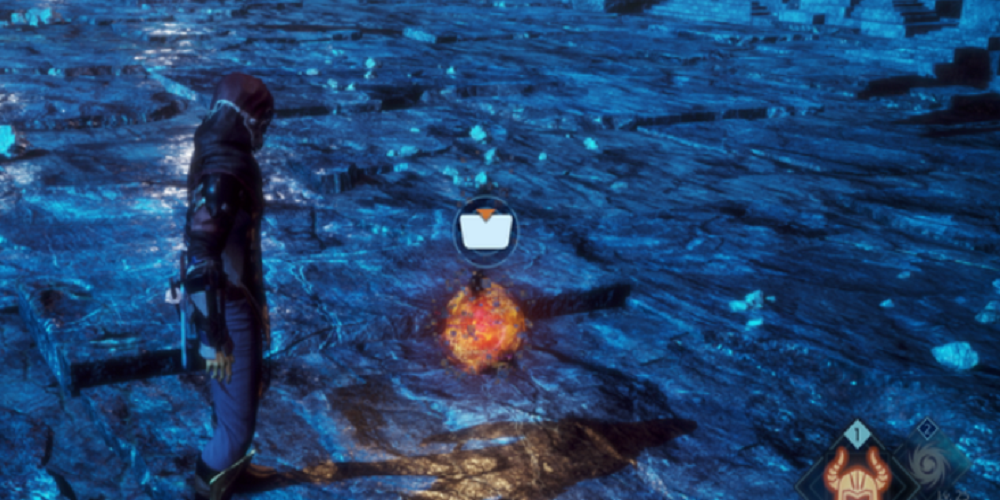 A lot of things would need to go wrong in a hurry for you to miss Lufenian Report Nine as you begin here, as it's pretty much smack dab in front of you upon your arrival.

Lufenian Report Ten: Regarding Our Collaborators 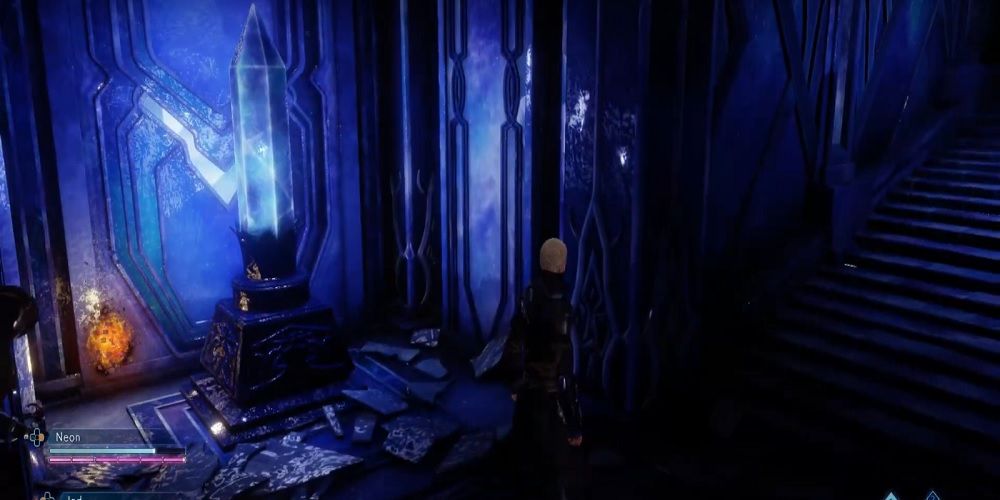 Nine down, one to go! Lufenian Report Ten is located just before the boss battle here in Crystal Mirage. The enemies here will attempt to gang up on Jack big-time. Knock out the darkness-element tunnel that's causing all the enemies to appear.

Once the entire party is dead, traverse the brand-new path and you'll snag this final Lufenian Report in the game. Who is the collaborator, anyway? Makes one think, it doees.