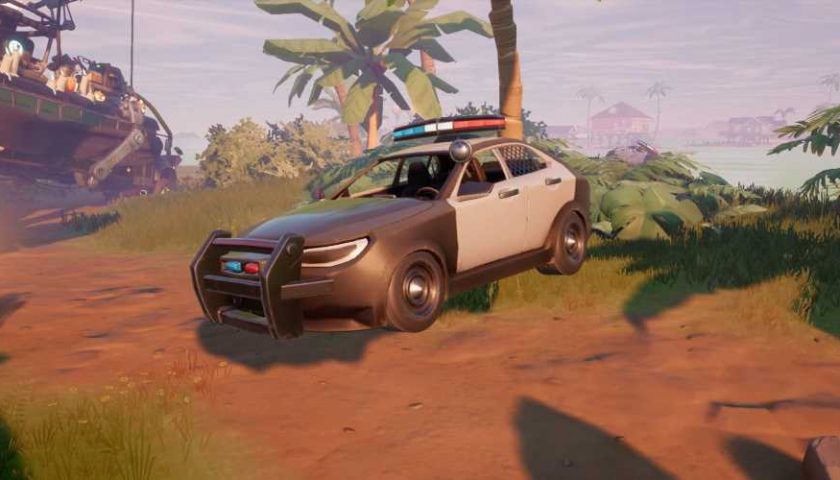 Epic rolled out a significant Fortnite update this week, kicking off its annual Fortnitemares event and welcoming Ash from Evil Dead to the game. The finer details regarding smaller changes made by the patch are still being discovered, including the realization that police cars have returned to the game.

InTheShade appears to have been the first Twitter account to point out that police cars have returned to Fortnite. The vehicle's design also seems to be pretty different which certainly makes sense as cars have changed drastically since the police last had a presence in The Loop. As a matter of fact, police cars were removed from the game as part of the same update that drivable cars were added to it for the first time.

Police cars were vaulted from Fortnite during the summer of 2020 as a direct reaction to the death of George Floyd and the protests that followed. Floyd was murdered by a police officer in the US after the victim was pinned to the floor by his neck under the offending officer's knee for nine minutes. That officer has since been sentenced to 21 years in prison for his crimes.

That wasn't necessarily a given at the time, hence the protests that followed Floyd's death. That's why Epic made the call to remove police cars from Fortnite. Not just because of what they represent, but because, as touched upon above, on that very same day the ability to drive cars in-game was added for the first time. That not only meant being able to drive Fortnite's vehicles, but also being able to use them as weapons. Not something Epic would have wanted to encourage with a virtual police car at the time.

In terms of Fortnite's vehicles, it looks like something else from its past will be returning very soon. Dataminers have discovered a challenge players will need a plane to complete. Stormwings have also been absent from most of Fortnite's modes since 2020, but will likely be back on the island by this time next week.