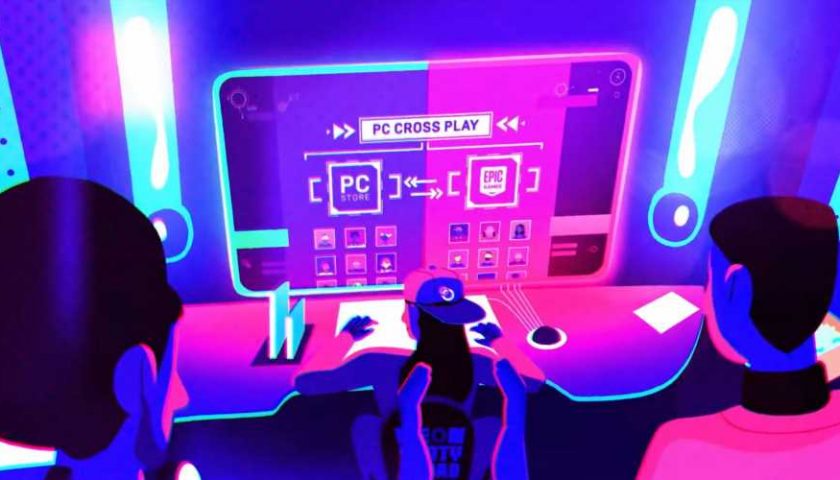 Epic Games is looking to make crossplay between its Game Store and Steam a bit easier. That’s why it’s just released new crossplay tools for game developers. Epic calls it "the first in a series of plug-and-play crossplay services that give developers everything they need to connect their game and community across platforms and stores."

Epic Online Services aims to work “seamlessly” between the Epic Games Store and Steam. The new tools merge a users Steam and Epic Games Store friends into a single list, while also making a single interface for users to find new friends and join multiplayer games regardless of what store they’re using.

For the user, everything is done behind the scenes. Steam users that don’t already have an Epic Games Store account will have one automatically created using their Steam details as soon as they join an Epic-hosted game. This toolkit also automatically updates, so there’s nothing the player needs to do to keep everything working.

For developers, Epic calls the new tools "plug-and-play" and "self-contained," meaning devs can implement the components they want while leaving the rest.

"Crossplay gives all friends the opportunity to come together and create fond memories across interactive experiences," said Simon Allaeys, senior director of online services at Epic. "We are in the fortunate position to drive change in the industry with crossplay tools for all developers and we believe that connecting friends and communities will take the gaming industry to its next major growth spurt and its next billion players."

Epic's new crossplay tools are first getting Steam and the EGS to play nice, but later they'll be used to link other PC storefronts as well. After that, macOS and Linux support is planned, and then mobile and console crossplay later on.

This will obviously be big for Fall Guys, which goes free-to-play in June and is already available on Steam, and Rocket League, which still has a sizable Steam install base. Unless it gets a surprise Steam release, Fortnite will have to wait for the mobile and console integration before it truly benefits from these new crossplay tools.