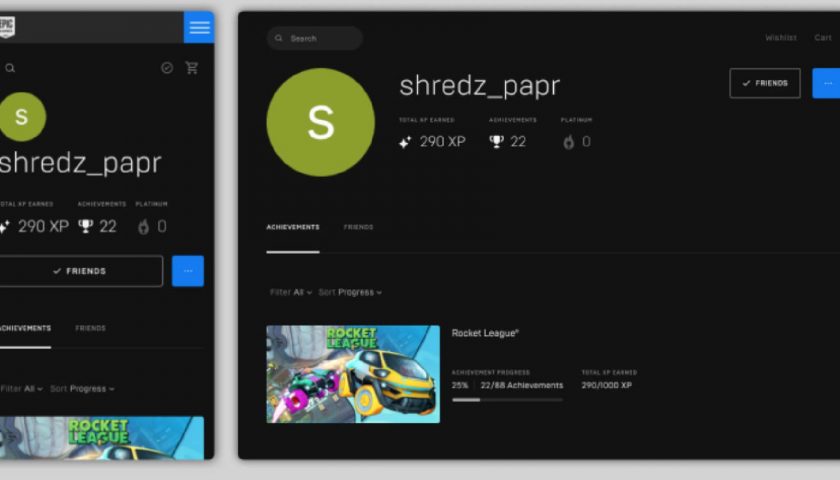 If you click your profile picture, you'll see "My Achievements" in the list, letting you view your progress for different games, your rank, how much XP you have, and more. You can also view your friends' achievements and compare much like with Steam, Xbox, and PlayStation, or you can change your privacy settings to keep people from peering into your progress.

Epic Games has slowly been adding basic functionality to its storefront that users have been asking about for years. Recently, it implemented a shopping basket, finally making the store more intuitive to navigate. The achievements menu is just another step in that push to bring Epic Games Store closer to Steam and other platforms while also making the achievements system easier to visualise.

There are still a few key requests that users have been asking for – social features like guides, hubs, groups, an option to go invisible so you appear offline, profile pictures, and more. But for now, Epic Games is pushing its achievements which work similarly to that of Xbox.

You get 'XP' which is, in essence, gamescore. The more XP you get, the higher a rank you can earn, but not every game has achievements. Only a select few so far support this new system as third-party developers still need to add them.

In other Epic news, Fortnite and Xbox have raised $144 million for Ukrainian relief after pledging 100 percent of the proceeds from the game to charity. While Fortnite's proceeds have now stopped going to Ukrainian relief, you can still donate directly through their pages.