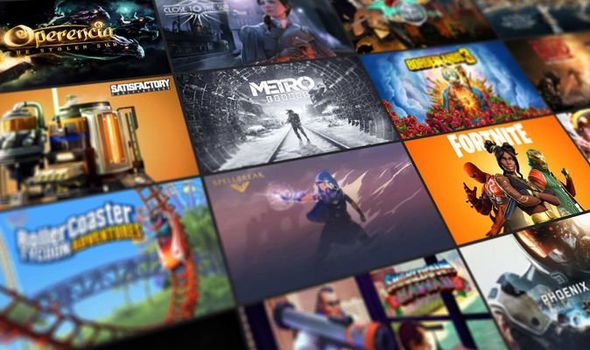 Epic is giving away another set of free games for customers on PC.

In its bid to dethrone Steam as the number one game store for PC, Epic continues to give away games for free.

In case you’re new to the Epic Store, the company gives away one or two games for free every week.

Past freebies have included everything from Civilization 6 and Borderlands, to Stranger Things 3 and even Grand Theft Auto 5.

While not on the same level as GTA 5, this week’s free games are undoubtedly some of the best yet.

First up is Enter the Gungeon, which is a fantastic top-down shooter with an excellent cover system.

“Enter the Gungeon is a bullet hell dungeon crawler following a band of misfits seeking to shoot, loot, dodge roll and table-flip their way to personal absolution by reaching the legendary Gungeon’s ultimate treasure: the gun that can kill the past.

“Select a hero (or team up in co-op) and battle your way to the bottom of the Gungeon by surviving a challenging and evolving series of floors filled with the dangerously adorable Gundead and fearsome Gungeon bosses armed to the teeth.

The game has an impressive 84% score on Metacritic, making it one of the highest-rated free games yet.

Next up is God’s Trigger, which is another top-down shooter that’s not too disimilar to Hotline Miami.

“God’s Trigger is a power fantasy where you dispatch enemies with speed and precision in a balet of blood and explosions,” reads the official description.

“Burst through a room in seconds killing with one of the many weapons, freely selectable special abilities, environmental hazards, and melee attacks.”

Much like Enter the Gungeon, God’s Trigger is a two-player co-op game, which means you can play along with friends.

It’s not quite as highly rated as Enter the Gungeon, but with a 75% score on Metacritic, it’s still worth playing.

Of course, with Enter the Gungeon and God’s Trigger joining the platform, it’s your last chance to download and install the current batch of free games.

This includes action shooter Remnant: From the Ashes and indie adventure game The Alto Collection.

The current batch of free games are available until 4pm BST on August 20, at which point they’ll be replaced by Enter the Gungeon and God’s Trigger.