ACE already has a vibrantly-colored website in place as the go-to for early info on the game. This is a good indicator that the game’s production and playtesting must be going well, or at least well enough, considering the whole of 2020. In the ACE TRPG, you’ll be roleplaying as classic heroes trying to save the world, but not just as any hero, and not just a single world.

Like the Cypher System, ACE is designed as a multi-genre system, allowing you to experience adventures throughout a galaxy that contains multiple game settings, from fantasy to modern-day to futuristic. The system wraps the genres together in a cartoonish action cinema universe where you can play as aliens, vampires, elves, cowboys, spacemen, and even talking animals. 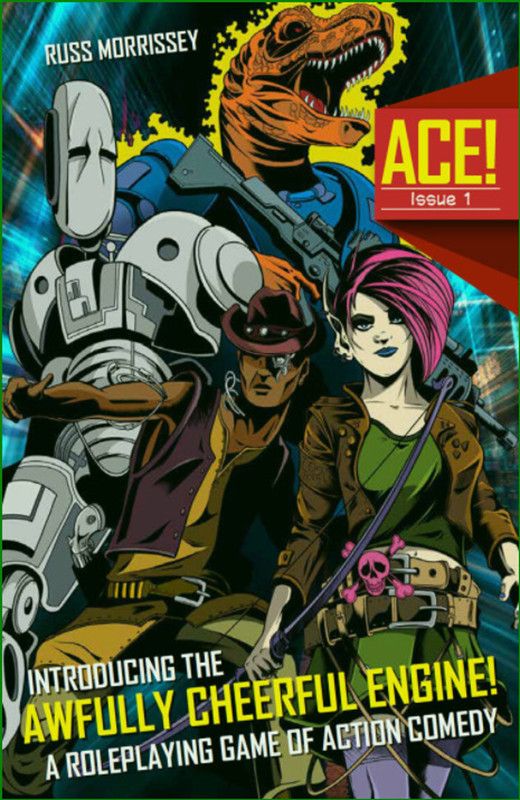 Looking at the website, ACE has three settings outlined as of now: Spirits of Manhattan, Raiders of the Cutty Sark, and Captain’s Log. The Spirits of Manhattan setting has a groovy Ghostbusters vibe, placing you in New York City as a member of a ghostbuster team, or as a ghost. Raider of the Cutty Sark is an obvious nod to the Indiana Jones series, where you travel the world searching for and retrieving ancient artifacts before they fall into the wrong hands. And Captain’s Log channels a Star Trek feel, promising you’ll explore the galaxy in the greatest starship in the Union.

As an example of how far along the game is in production, the ACE website has details on the six simple steps required for rolling an ACE character. Three of those steps – choosing your Role, Foci, and Traits – are further expanded with seemingly complete lists for each. Some of the Roles you can take on in ACE include Talking Animal (cats, dogs, turtles, and others), Species (alien, dwarf, ghost, robot, and more), Fantasy (barbarian, druid, outlaw, pirate, ninja, and others), Superheroes (speedster and vigilante), and Occupations such as Bounty Hunter, Con Artist, Hacker, Reporter, and many more. And if you can’t decide which of those to take, Morrissey has created the Awfully Cheerful Character generator to randomly pick for you, instantly giving you an almost complete ACE character ready to play. 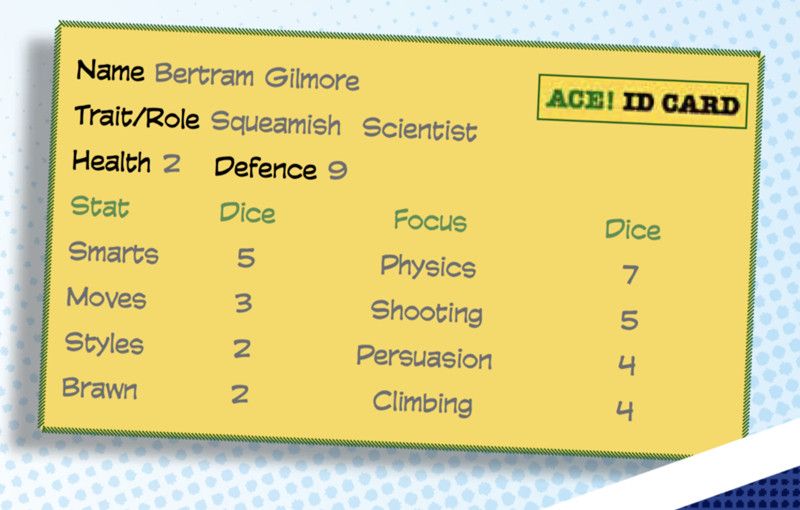 Next: Co-Op Baldur’s Gate 3 Is (Almost) Not Worth Playing Right Now