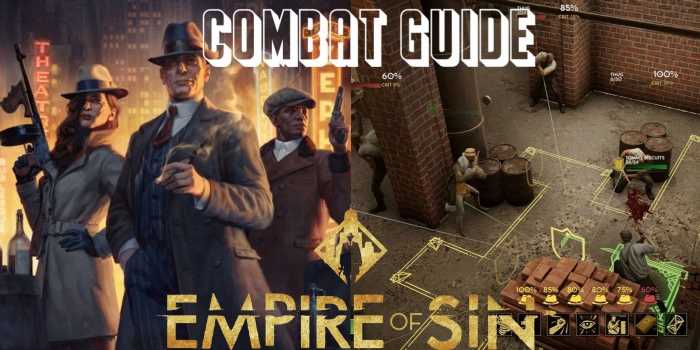 Enemy of Sin is an RPG and Strategy game that has a unique combat system that players often have a hard time understanding. There is a lot to learn and the information is thrown at you fairly quickly. It is not uncommon to miss the key points during the explanation, not to mention it’s not very thorough as a whole.

Luckily, there are a few tips and tricks that can make fighting other mobs in Chicago a breeze. You will be sending other gangsters to their graves in no time in Enemy of Sin once you understand how to play.

What Is The Combat System? 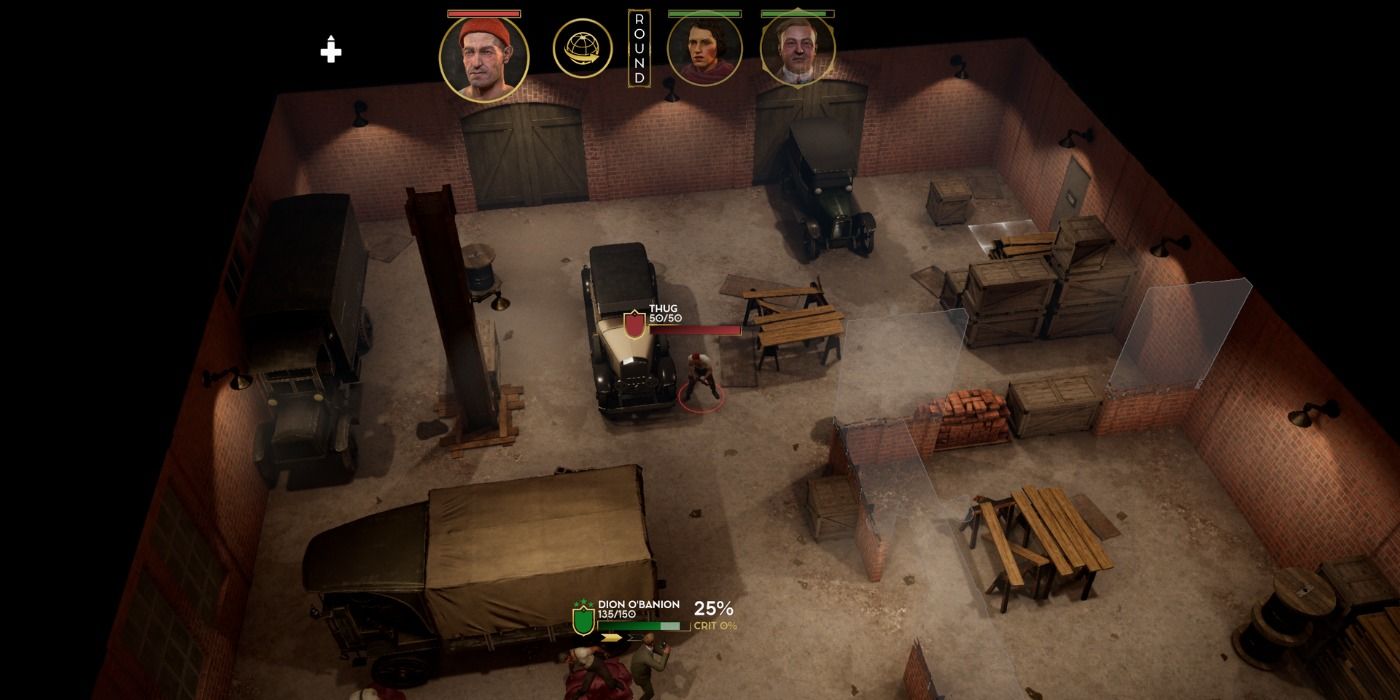 Enemy of Sin has a turn-based combat system where you alternate turns with your opponent. There is a queue at the top of the screen which shows the order in which the gangsters can employ a talent or reposition.

The initiative of your gangsters determines the order in which they take their turn, or if you are able to go before the opponent. 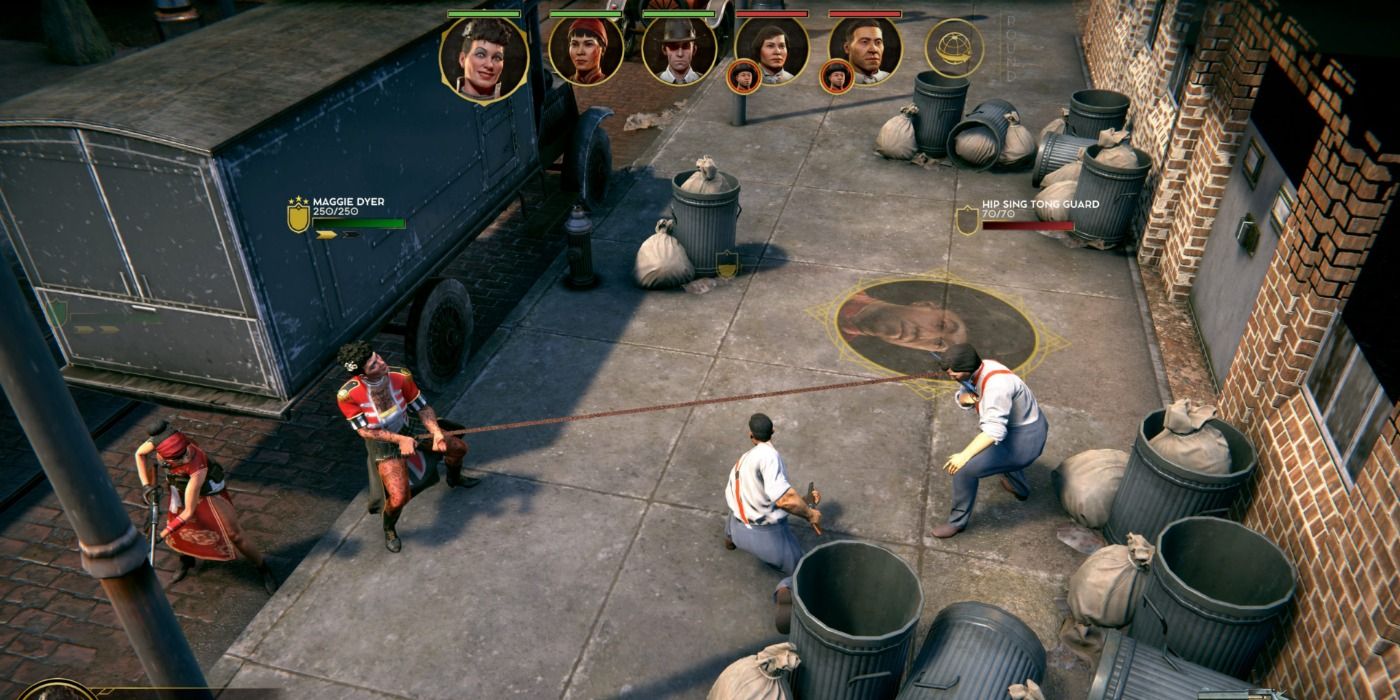 The combat uses a point system that dictates what you can do during your turn. You are given two action points and you can perform an action or move with them. Talents can use either one or two points, and make sure to choose what you do with them wisely.

If you decide to move on your turn, this can also cost one or two points depending on how many spaces you decide to go. When you choose to move within the white tiled area this will only cost you one point, while moving to a yellow tile will cost you two points.

It is something to consider when deciding what you want to do on your turn as you have to plan your position and what damage you should deal. 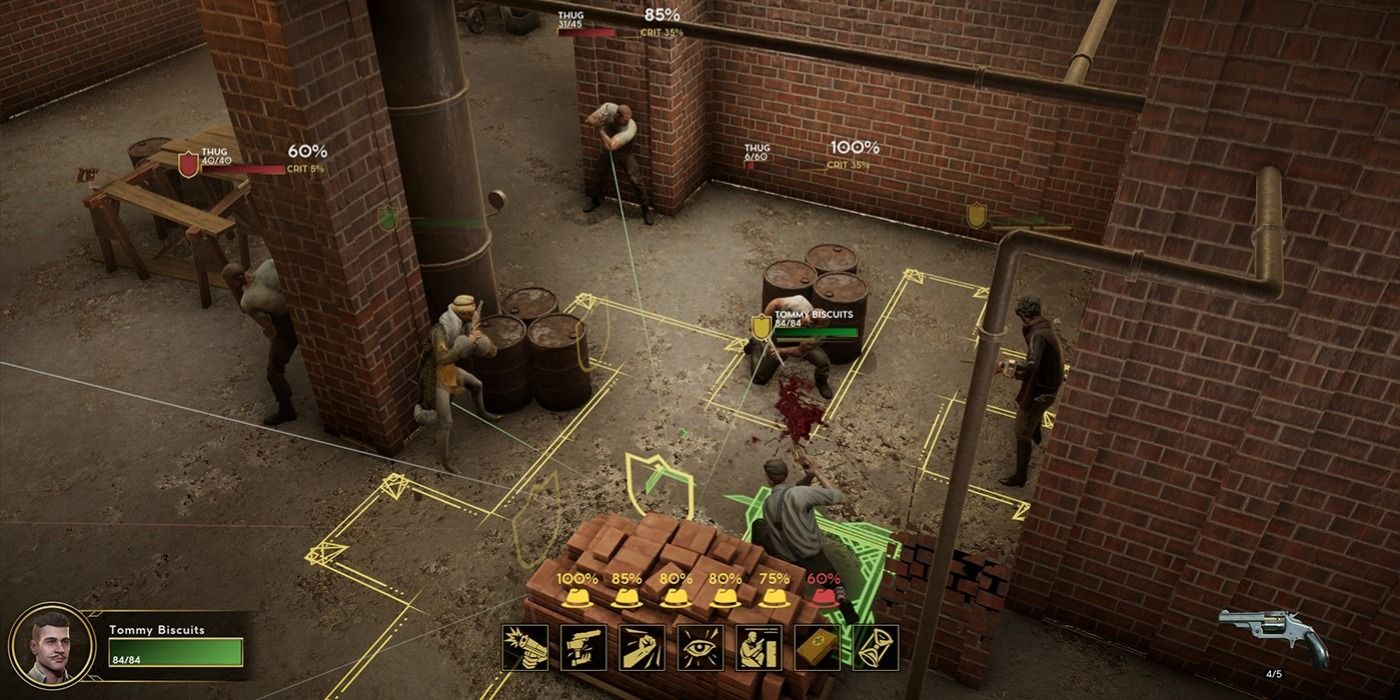 You need to find cover to protect yourself from being hit with your opponents’ weapons in this strategy RPG. It is easy to tell which areas are safe based on the shields placed around the area. If they are half full, then you will be granted a +15 defense bonus, while a full shield will give you a +30 defense bonus.

Ideally, you always want to hide in an area with a full shield, but if necessary a half-shield will still give you moderate protection. 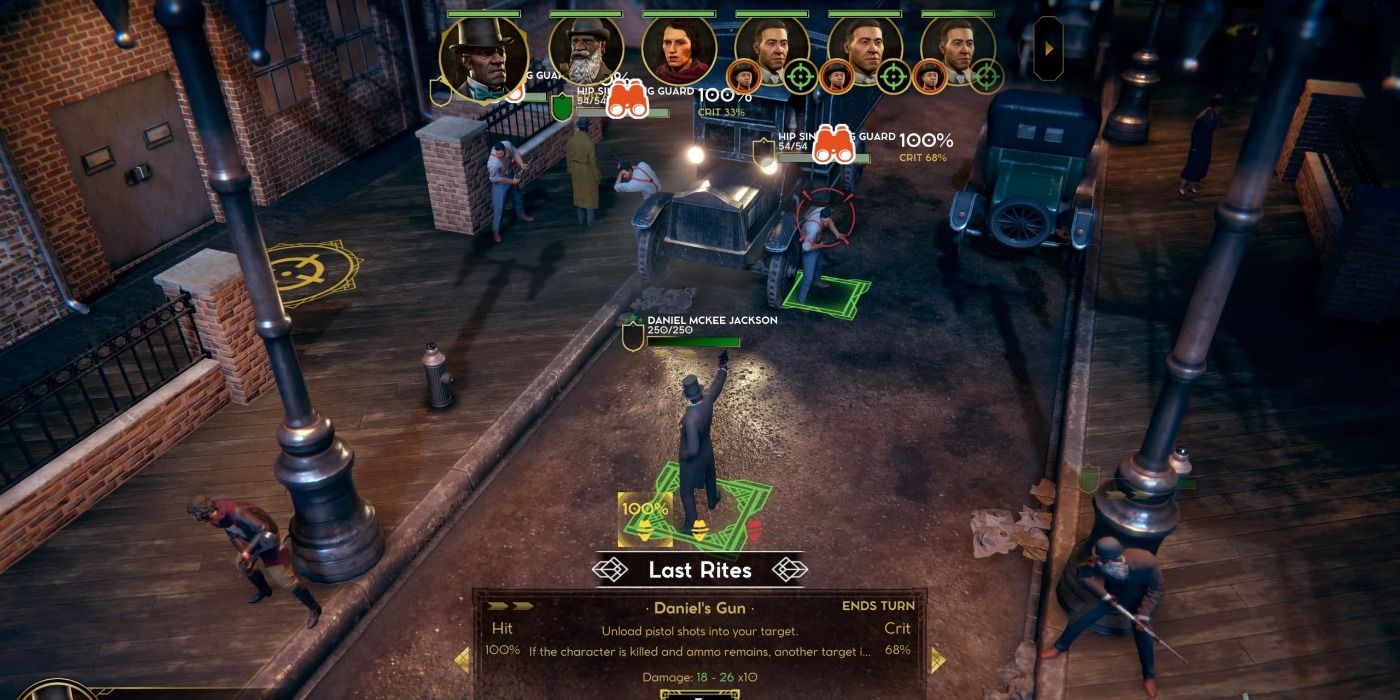 Each group has its own number of gangsters, and which is where flanking comes into play. This is especially useful when you outnumber the competition as you can send one of your gangsters to hit them from the side after repositioning.

The great thing about flanking is that it provides a +30% crit-bonus when you shoot at them, not to mention they lose their cover as well. It is a great tactic to employ if you have the manpower to pull it off.

How Do Fights Start? 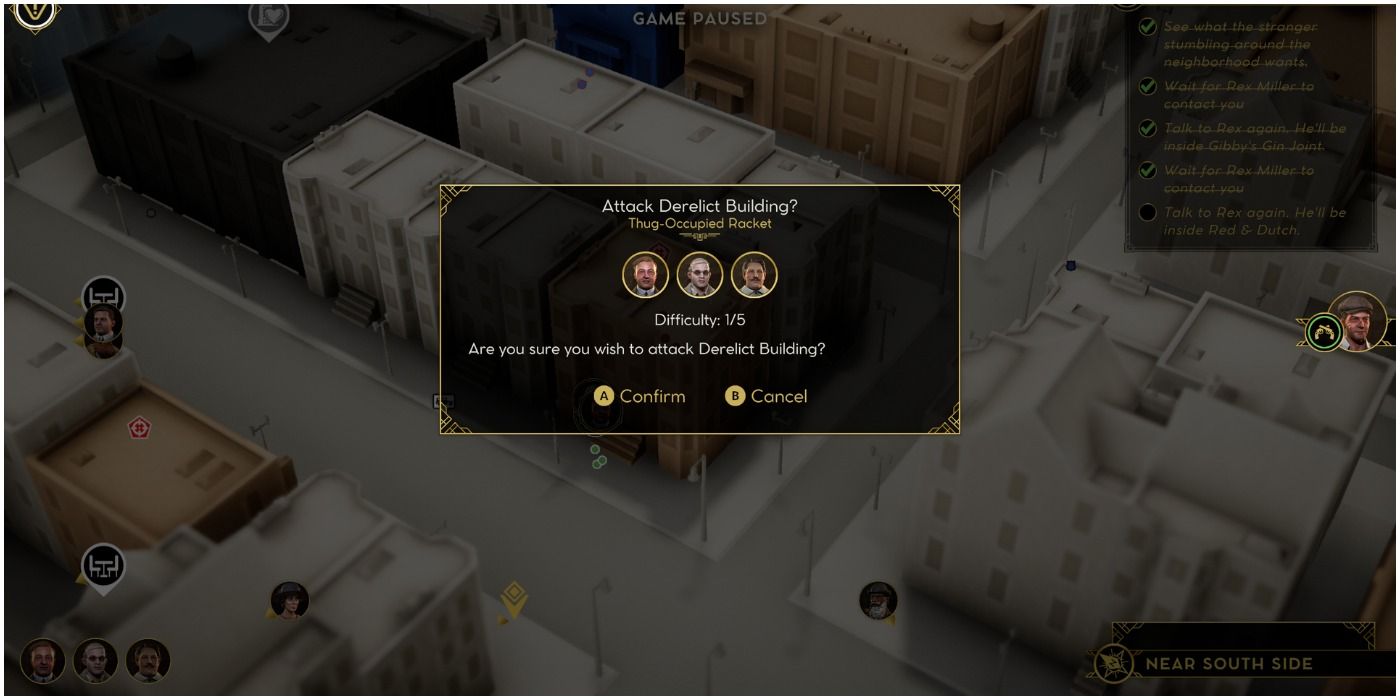 Fights start when you initiate it with the tap of a button, or you enter a building that is up for grabs. They can also begin if you are in a mob war with another boss and they decide to try and take over one of your many establishments.

The one thing to be careful of is that buildings have varying difficulty levels that can be anywhere from one to five. This usually determines not only the number of opponents you will have to fight but also their talent level and the types of abilities they can use when fighting against you. 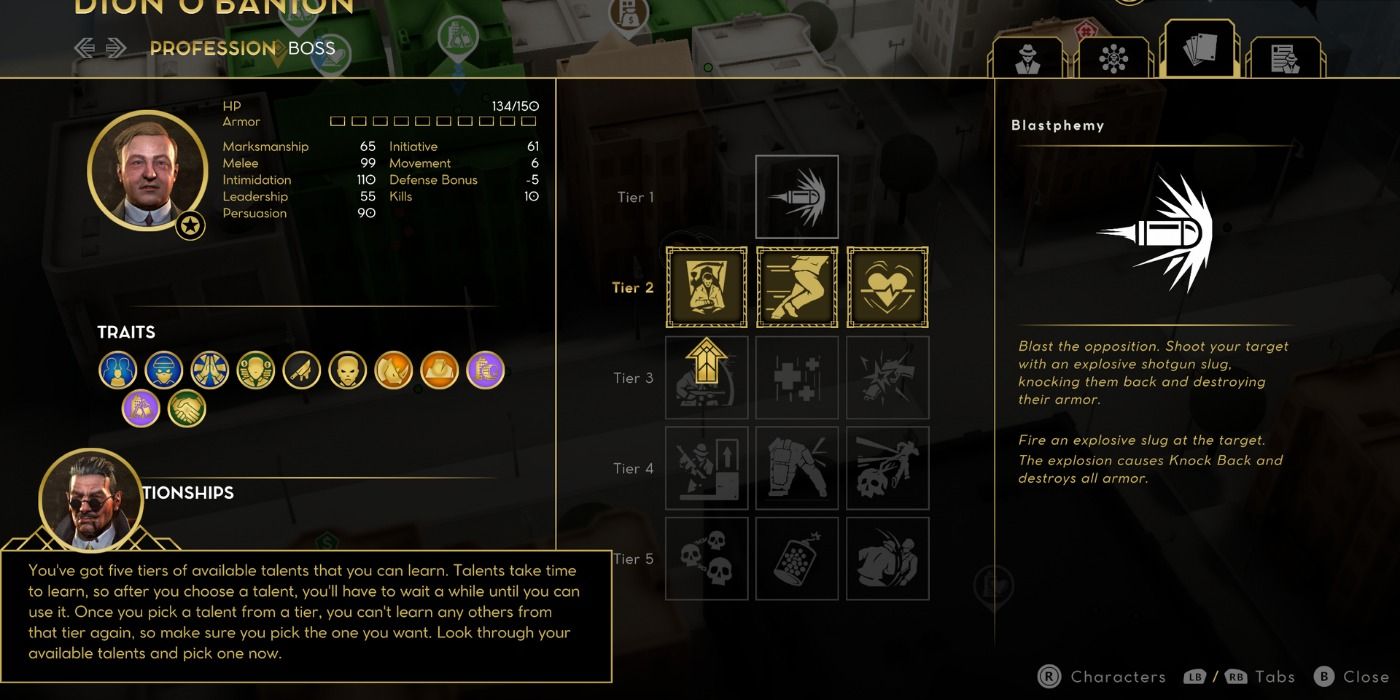 Each Gangster has their own types of talents that they can use in combat, and it is usually up to you to decide which ones they acquire in this historically accurate video game. This could involve their proficiency with a specific type of weapon, or how well they can heal other characters on the fly.

Basically, when choosing what talents to give to your gangsters make sure to keep in mind what your team is missing. Everyone should play a role in combat, so even the score by having some be offensive, others defensive, and some strictly for covering purposes.

How To Equip Your Characters 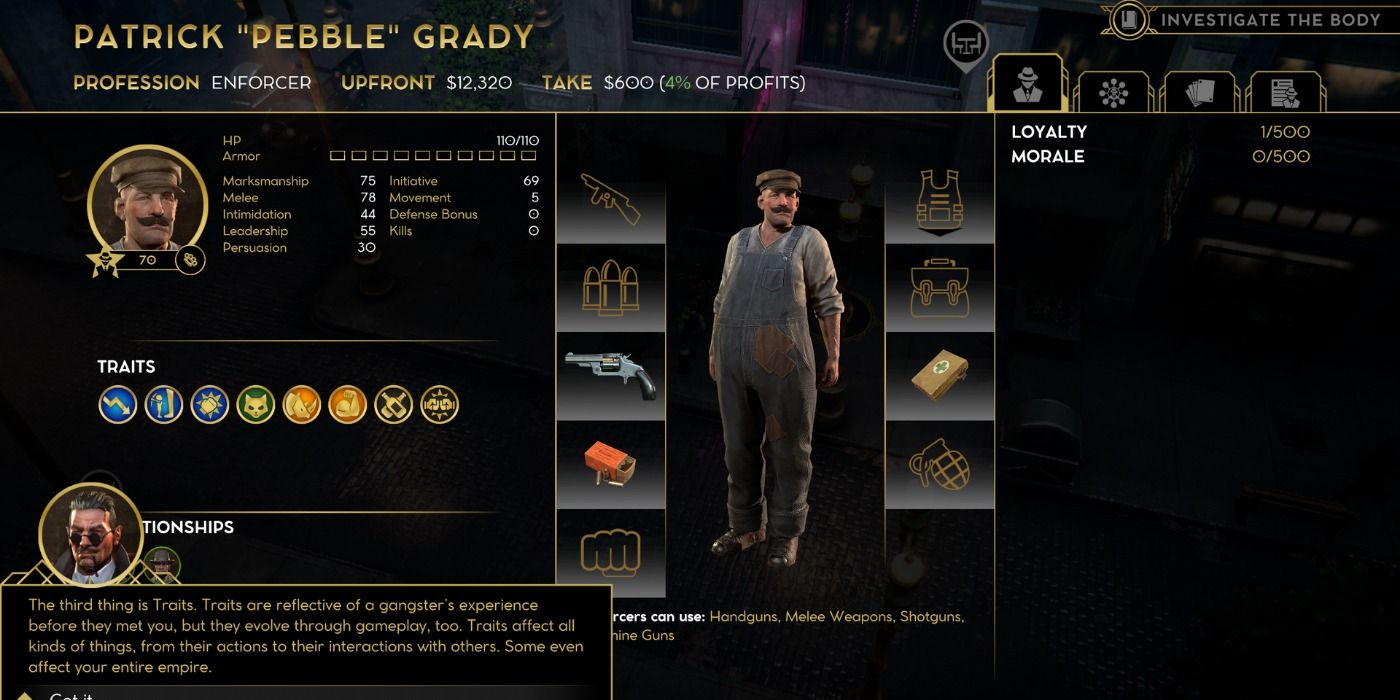 You can equip your gangsters with weapons, armor, bullets, and medical supplies. However, certain gangsters can only use certain types of weapons so it is important to understand this before outfitting them with talents and extra equipment.

You should match the weapon with their talents as well since certain ones will only work when they are equipped with the right guns. The weapons equipped to your gangsters should vary, so you can shoot ranged targets, as well as those right in front of you. 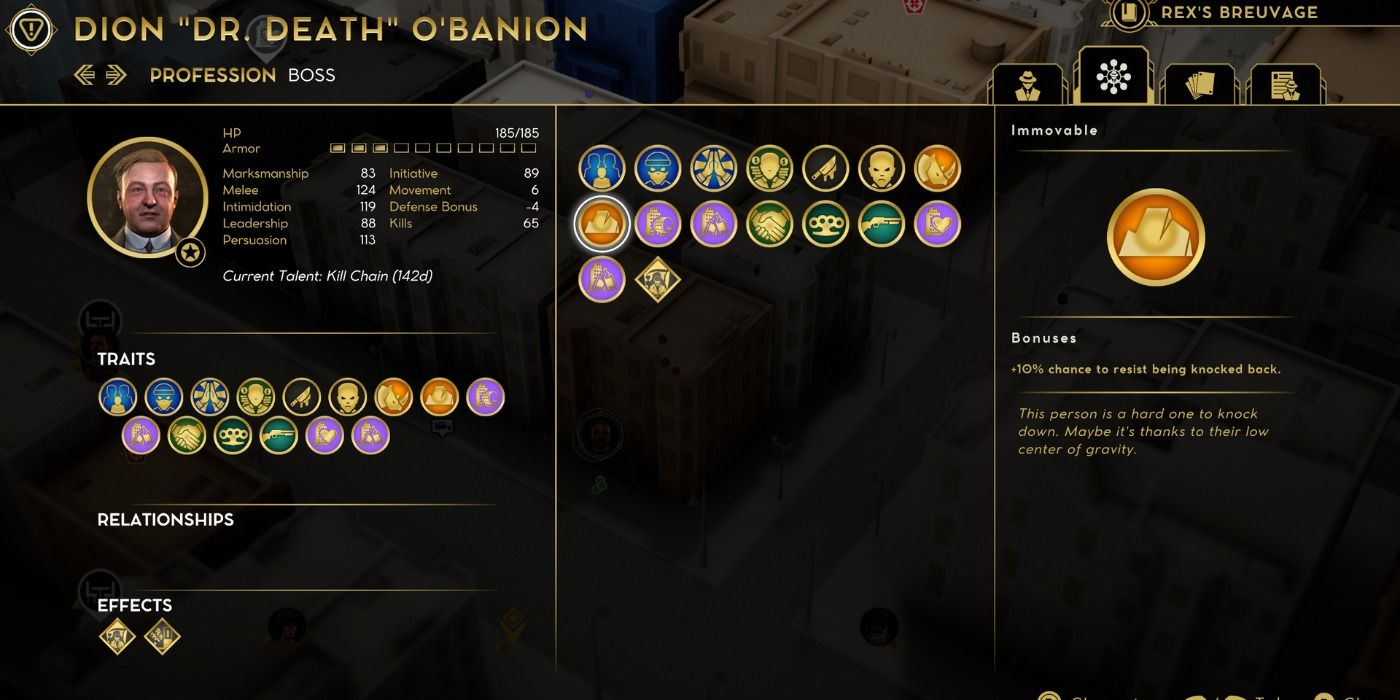 All of the gangsters have their own traits that determine how well they function within your mob. These can increase as they gain skills and earn bonuses through their time spent with you.

They often start with their own set traits, and your actions will determine how they progress as their relationship with you continues to grow. The best traits for battle are health, marksmanship, and initiative, as these can make the difference between a win and a loss.

The various traits your gangster can work on are as follows: 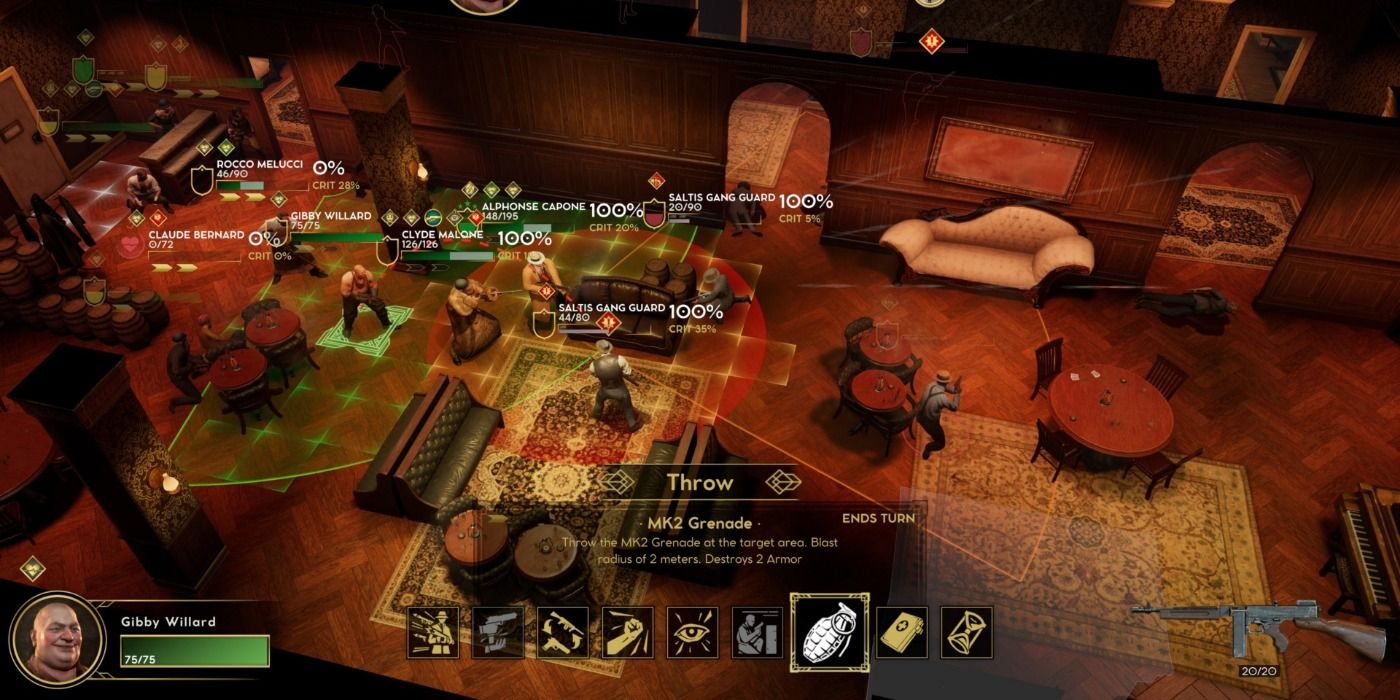 There are quite a few tips and tricks you can employ when in battle if you want to win, and keep expanding your empire in this amazing video game about gangsters. The goal is to take over all of Chicago, but if you can’t win fights then the game will be over before you know it.

Here are a few of the tips that could help you win your next fights: