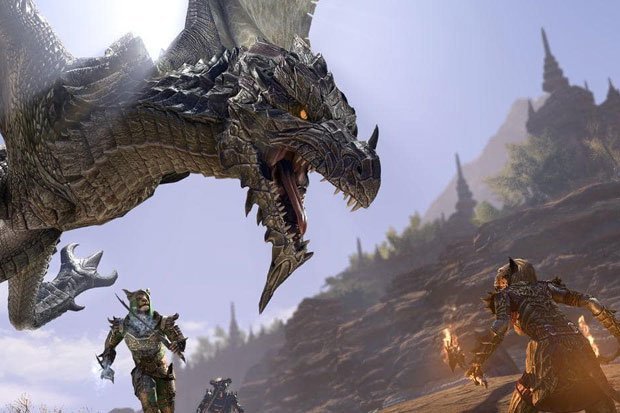 Bethesda has announced the newest update to The Elder Scrolls Online – and it’s a big one.

The new update, called Elsweyr, is part of the Season of the Dragon campaign that’ll be ongoing throughout the in-game universe over the next year or so. So if you’re interested in jumping into ‘the MMO version of Skyrim’, there’s no better time.

Dragons return to Tamriel in this new expansion to the long-running game, and it’s up to you to reduce the fear and the dead they spread as much as possible. To this end, you can become a Necromancer – a lord of the undead – and use new skills and abilities to prevent the dragons from tearing the fantasy world limb from limb.

Bethesda’s aim with introducing this new year-long campaign is to make the title accessible for new players – as well as making it more appealing to any that have lapsed over the years. As of 2019, The Elder Scrolls Online has been going for five years and in that time many players have come and gone.

Now, though, the game is more player-friendly than ever before: if you jump in as a fresh recruit, you’ll be able to play with high-level players that have been in the game since the beginning. There are no arbitrary level gates, no sectioning off players content ‘just because’. You can do anything, go anywhere, right from the off.

Of course, if you’re the sort of player that played Skyrim back when it came out on Xbox 360 and PS3, you’re going to want to come in here for the dragons. In the world of Elder Scrolls, everyone knows dragons: big, badass, powerful.

But players coming from other Elder Scrolls games may be in for a nasty shock: you’re not Dragonborn, and you can’t take these new monstrosities down by yourself.

And that’s bad news, because they’re everywhere. They’re in the tutorial, they’re prowling the overground, they’re the main prey in quests. These new massively powerful enemies are dynamic – they won’t spawn in the same places at the same time over and over again. In an MMO, this feels unnatural – but from what we’ve seen of Elsweyr so far, it really works.

So you have to team up with other players if you want a good chance at slaying these beasts. And you’re going to want to be a necromancer, too, because the abilities the class has been given are phenomenal.

This new class is the ‘cornerstone of the update’, Bethesda tells us, and a big part of the lore that fans have been requesting since the beta. Using powers of conjuration, illusion and destruction, Necromancers represent perhaps the best dark magic fantasy you’ll get on console MMOs to date.

This new update promises 30 plus hours of questing, new tutorials for new players to get to grips with the world and a wealth of content to boot. Truly, there has never been a better time to jump into the world of ESO.