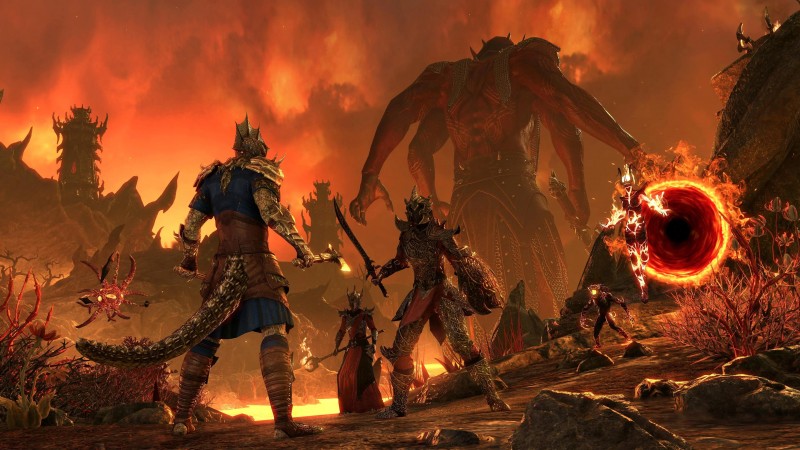 The Elder Scrolls Online had a rough launch, but the team turned it around in a beautiful way, in large part due to community feedback and finding the game’s identity. But other MMORPGs have lost touch with their communities, and that’s one of the creative director’s biggest fears. We sat down to talk with creative director Rich Lambert to talk about how rocky launch of the online title earlier this month, but there was one part that truly struck out regarding how involved with the community this team really is.

When The Elder Scrolls Online first released, it was immediately met with negative feedback due to its bland storyline, paid subscription fee, and a plethora of other reasons. Lambert told Game Informer that this was largely due to the dev team not really having “an identity” with what they wanted to do, spreading the direction between wanting to make everyone happy too thin, effectively doing the exact opposite. With each expansion, this online experience has grown and has become an incredible MMORPG experience. A lot of that is in part to the community, a community that has helped shape the amazing world of Tamriel we know today within this particular iteration. That’s why, according to Lambert, the team is “terrified” at losing touch with that community pulse because the community is what makes this game so amazing.

When I asked if he was concerned about how the community feels about this team, especially after looking at how World of Warcraft players feel like Blizzard no longer cares, he said that’s a thought that keeps him up at night.

“It terrifies me. It terrifies me to think about losing the pulse of the community and feel like they might think we’re not paying attention,” he tells me. “You know, as I said earlier, one of the biggest reasons why we’re in the position we are in today is because we listen to them. And we’re a part of the community, as well. And so the game got better because of that. You know, I think if you don’t play your own game, you’re not going to be in tune with the game; you’re going to not be in tune with your community. That’s just going to be harder to make the game better. So yes, it’s something that sometimes keeps me up at night.”

He added that he’s lucky that he and his team enjoy the title so much, actively playing it to make it better and to enjoy the world they’ve helped to build. From Reddit boards to modders, Elder Scrolls Online is unique because it was rebuilt from the ground up with care, precision, and a dedication to finding – and respecting – a profound creative vision.

To learn more about what the creative director had to say about the launch and evolution of The Elder Scrolls Online, you can read our full interview right here.