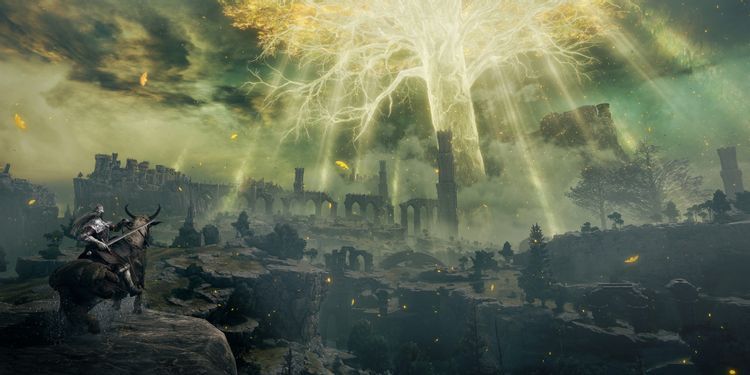 The Steam Deck has finally reached the first batch of customers who managed to make a reservation. It comes as no surprise that they would want to inaugurate their new device with what is probably the year's biggest game. Unfortunately, Elden Ring has been facing some performance issues on the console, primarily related to stuttering. However, the issue should be fixed by next week.

"The graphics team has been hard at work on optimizing Elden Ring for Steam Deck," said a tweet by Valve coder, Pierre-Loup Griffais. "Fixes for heavy stutter during background streaming of assets will be available in a Proton release next week, but are available to test now on the bleeding-edge branch of Experimental."

The update can't come soon enough, as Steam Deck owners are probably itching to try their hands – and fail – at Elden Ring. Not only did FromSoftware's latest project receive a great reception from critics, but it has also taken up four spots out of five in Steam's list of best selling games of the week. Unfortunately, it is also being review bombed at the same time due to stability and performance issues on PC.

But all of this is moot if your Steam Deck hasn't even arrived yet. Fortunately, Valve has shed some light on the shipping process for those who managed to get a Q1 2022 reservation for the console. The company is following a specific shipping procedure, with the first batch being sent out on February 25. The next batch will go out on March 7, after which more batches will be shipped on a weekly basis – March 14, 21, and 28. Q2 reservations aren't far behind, as the company aims to continue this process seamlessly into April.

However, if you're really lucky, you might get a visit from Gabe himself. Valve boss, Gabe Newell is reportedly hand delivering Steam Decks in the Seattle area to celebrate the launch of the console. Several Reddit users have reported receiving a Steam Deck from Gabe himself, along with a signed carrying case. There's also some doorbell camera footage showing someone who looks an awful lot like him, but that is yet to be verified.