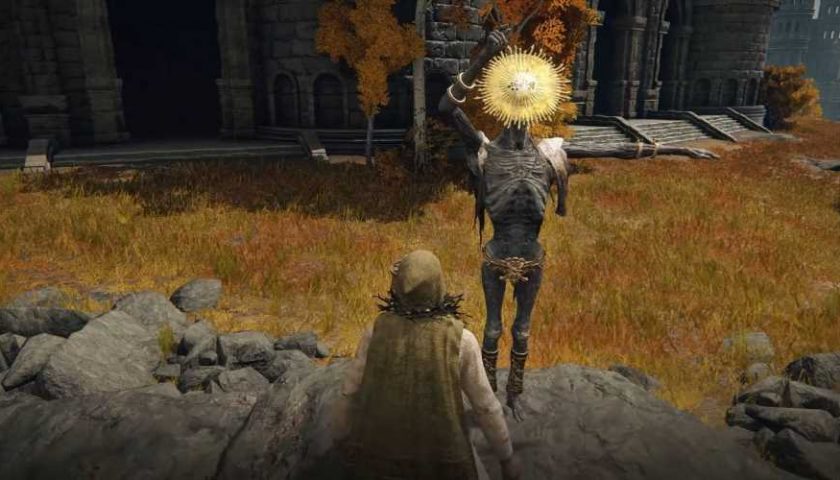 Goldmask is one of the more mysterious characters in Elden Ring. He doesn’t say much, instead preferring to just point at the Erdtree and let his scribe, Brother Corhyn, interpret his stillness. Corhyn says that Goldmask’s finger is making tiny movements that indicate the “ever-brilliant” scholar is doing some sort of internal calculation, but the player never actually sees him move.

We also never hear him speak. Going up to Goldmask and talking to him draws a reply of just "…". This has led most Elden Ring fans to assume Goldmask doesn’t have a voice. However, it turns out that he actually does.

Sekiro Dubi, an Elden Ring dataminer known for bringing us such cut content as a quest that gets everyone drunk, more Godfrey voicelines, and a PvP colosseum, has returned with yet another nugget of truth dredged from the depths of the game’s cut code. Buried in the network test parameters is a single line for Goldmask that you can hear in the video below. Be warned, there are some slight spoilers ahead.

After telling Goldmask that Radagon is Marika, Goldmask’s reply sounds a bit like "it… what…", although Sekiro Dubi said it was more like "it… why not?" It’s hard to tell since it’s still mostly inaudible.

Now the only question is who plays the voice of Goldmask? Turns out that was actually answered months ago by Twitter user Rehvion (thanks, Kotaku). English voice director Ryan Morris often portrays FromSoftware’s "most eloquent characters," including the ever-brilliant Goldmask.

Want to give Elden Ring an anime makeover? Try this One Piece mod to turn Elden Ring's demigod bosses into villains from the show. Radahn becomes Kaido, Godfrey becomes Whitebeard, and Melania becomes Shanks, all beloved antagonists that deserve to get sliced to bits.