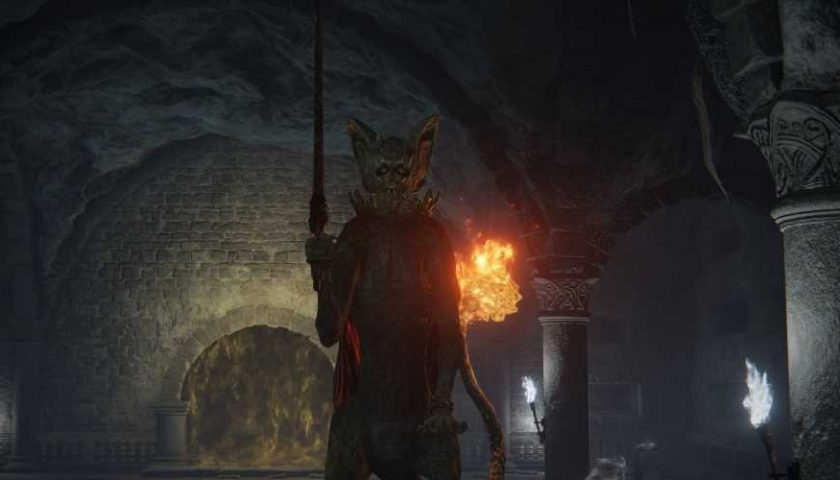 If you've been exploring Elden Ring's many catacombs, you've undoubtedly faced off against the weird Imps that love to ambush you and cause Bleed buildup. You've also probably had your arse handed to you by an Erdtree Burial Watchdog, which, despite the name, is clearly a cat. Even FromSoftware thinks everything is a dog. Well, turns out there's a new cheese to make these enemies easier.

It's uncertain right now if this is a feature or a bug – it may be a bug that gets turned into a feature – but throwing four or five Crystal Darts at an Imp or Watchdog will make it fight other enemies around it. Just don't attack them anymore after as it seems to break the spell.

This does make some sense as a feature. The Darts cause magic damage, so it's very possible that they're doing something weird to the minds of these creatures when they're hit with a lot of them really quickly. That being said, there's nothing in the item description that points to this, so we can't know for sure if it's intentional.

Another point in the 'feature' column is that it affects two enemies found most commonly in the Catacombs, and also often found in groups. While the first Watchdog you fight will likely be the lone one in the Stormveil Catacombs, other dungeons have you fighting two or three simultaneously.

We may never know if it's a bug or a feature, but what we do know is that now is the time to take advantage of it. Go back into those catacombs and give those Imps and Watchdogs what for.

The latest patch removed some bugs, like broken Arcane scaling, and also nerfed quite a few weapons and ashes of war, so the developers clearly have a close eye on things. If you've been putting off a Catacomb for a while but think you'll need some help, you'd better hop to it ASAP before the next patch, just in case this is actually a bug.