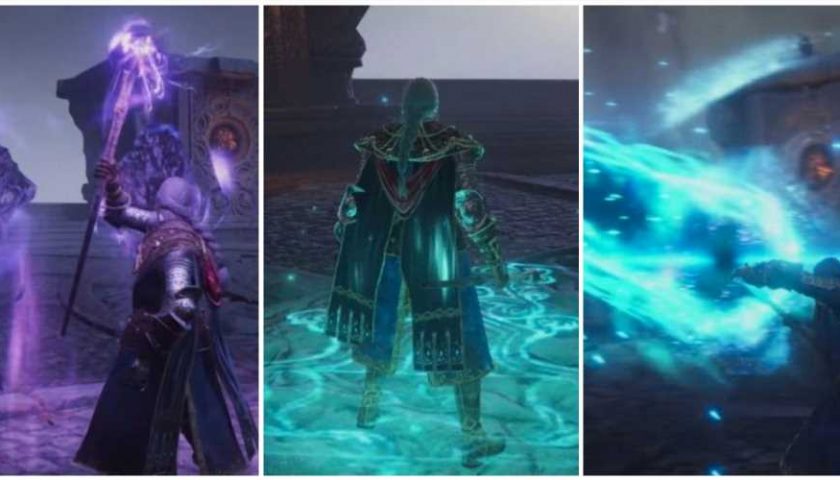 Magic has always been an element in the FromSoftware's fantasy worlds, but in Elden Ring, it really feels like a cornerstone of gameplay for the first time. The sheer amount and diversity of spells within the game is astonishing in comparison with past Soulsborne titles.

It can even make the game intimidating at first as you attempt to navigate which sorceries to grind for to ensure you're best equipped for the punishing fights ahead. This list can give you a good idea of some of the most useful sorceries in the game to consider, and how best they're used. 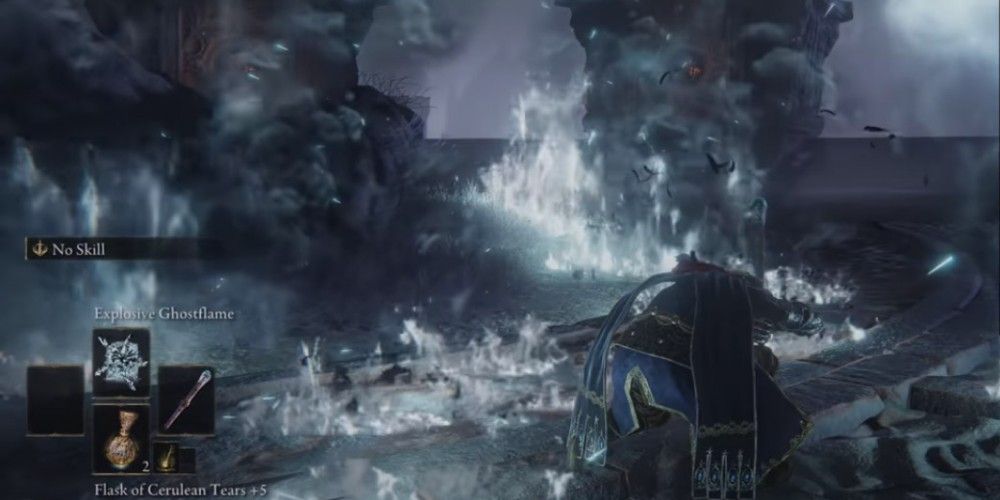 Explosove Ghosflame is an AOE sorcery with an incredibly wide range as well as a high damage output. That makes it extremely useful for sticky situations where you're surrounded by mobs. It's a bit of a tricky sorcery though, as it has both an intelligence and a faith requirement to cast.

The recovery from this spell is also fairly slow – should something go wrong, you could find yourself hit by a slew of attacks while waiting to get up after casting. Still, it's a good sorcery, and with a buff in the future, it could be absolutely OP. 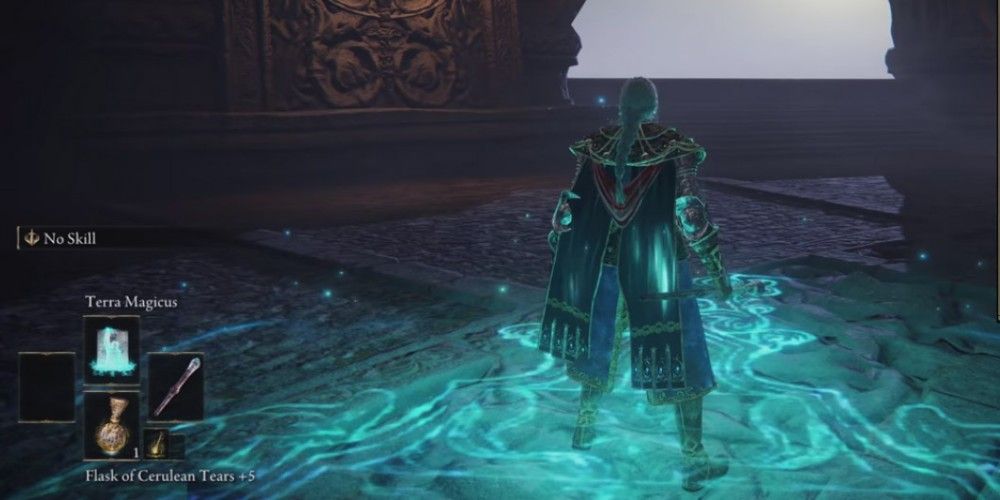 Terra Magica makes the most sense for anyone with a magic-focused build out there. If you want to go the route of blasting every enemy in Elden Ring with a legion of spells, there's not a single good reason to avoid Terra Magica. This sorcery places a sigil at the caster's feet that gives a massive buff to magical damage dealt.

The main downside is that once you're outside the sigil, the buff no longer applies. Considering this is a game where you'll be dodging often, it can be difficult to stay in the sigil. But if you can figure it out, you'll be melting enemies. 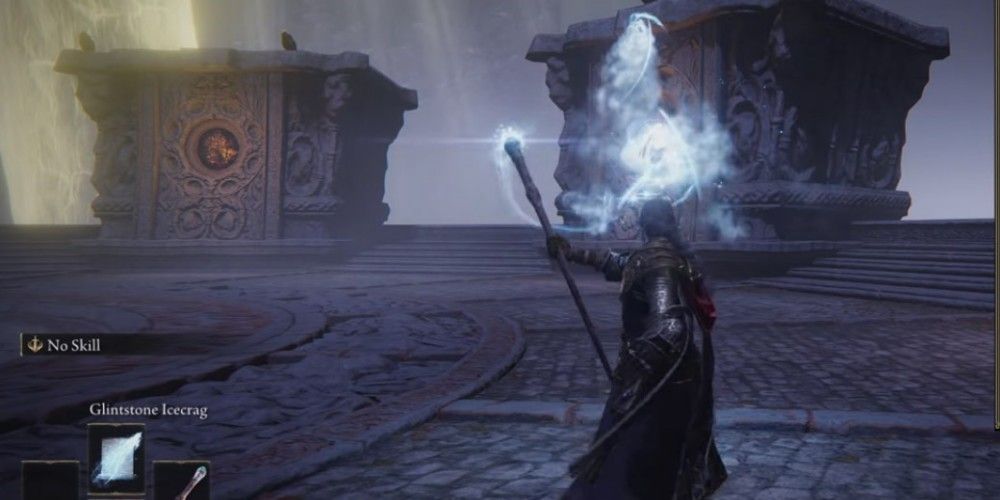 Any advantage you can get over a boss with a more-than-intimidating health bar you should take. Glintstone Icerag (Glintstone tends to be useful in both sorceries and incantations, as well) has an advantage that's hard to turn down. This sorcery inflicts Frostbite, a status condition that makes the afflicted take increased damage from all sources.

If you can inflict a tough enemy with frostbite and then get a few hits in before it wears off, that bonus damage can save you a lot of time and stress. Without a doubt that makes this extremely useful, as well as diverse in that it will assist you with nearly every enemy type. 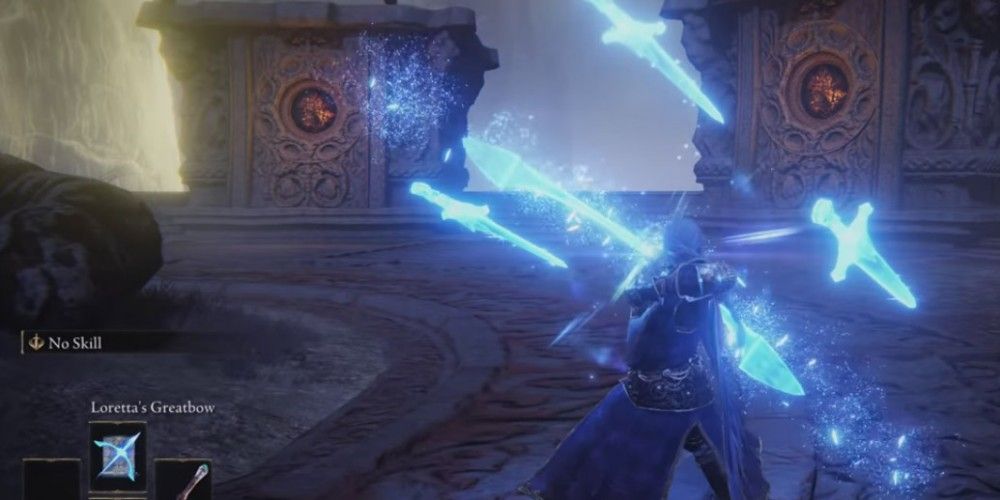 If you like being an archer in Elden Ring, adding a magical bow to your arsenal is not such a bad idea. Loretta's Greatbow is a sorcery with a fairly simple effect. It generates a magical bow and arrow and fires like a regular one. Only this arrow deals big damage and shoots incredibly long range with great accuracy.

A patch also reduced the FP cost of this sorcery, making it even more viable as a spell that can be used repeatedly throughout longer battles where you want to keep your distance. 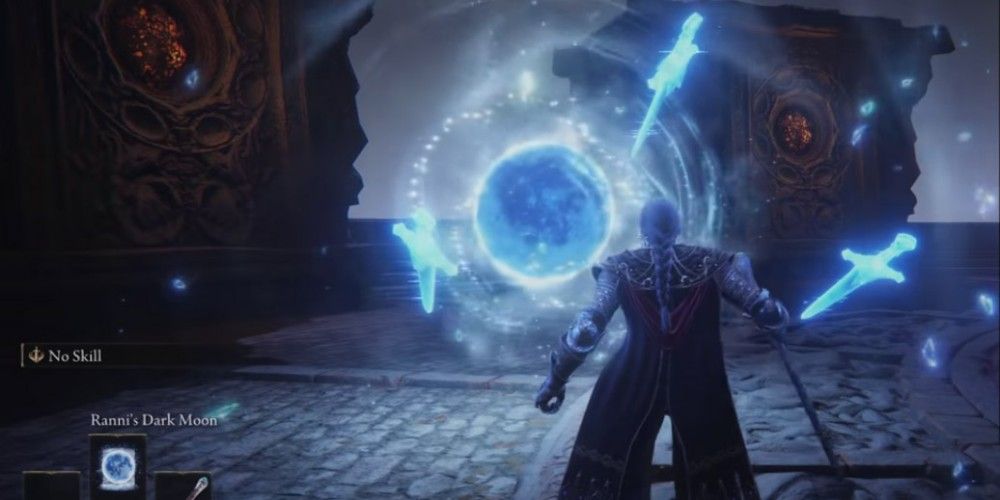 Bonus points to this sorcery for being possibly the flashiest looking in all of Elden Ring. It doesn't get much better than shooting a moon at foes. Ranni's Dark Moon (Named after the Snow Witch from one of the game's best endings) does a good deal of damage, as well.

The magical moon this sorcery shoots it's somewhat slow-moving, but if you get the timing right the results speak for themselves. It does less damage than Rennala's Full Moon, a very similar sorcery, but Ranni's Dark Moon can inflict Frostbite. Which, as previously mentioned, is a very useful status effect. 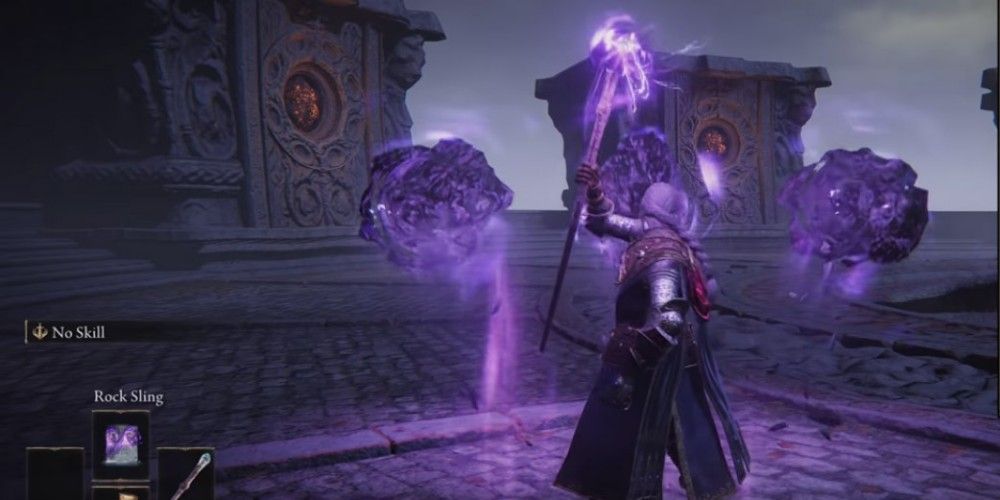 Rock Sling is wonderful for a number of reasons. It's simple, effective, and ready to be spammed over and over again. This sorcery summons three rocks and launches them out in front of you.

Not only does it inflict decent damage to enemies, but it can also stagger them, making this a very useful sorcery for crowd control. Pair that with a low intelligence requirement and FP cost, and this is something even non-magical builds can have on hand. 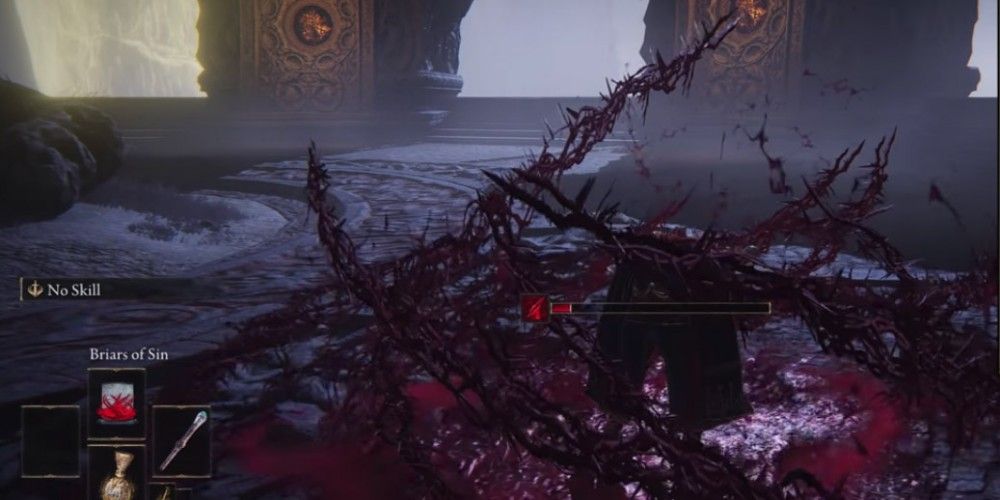 Anybody who's played a Soulsborne game in the past knows that the worst situation you can be in is one where you're surrounded and outnumbered. Briars Of Sin provides a rare chance at a reprieve from those difficult situations.

It's an AOE sorcery with the niche requirement of needing Faith rather than Intelligence. That may turn off players with more Intelligence-focused builds, but if you have a build that will satisfy the Faith requirement for Briars Of Sin, then it is necessary to have it in your arsenal. 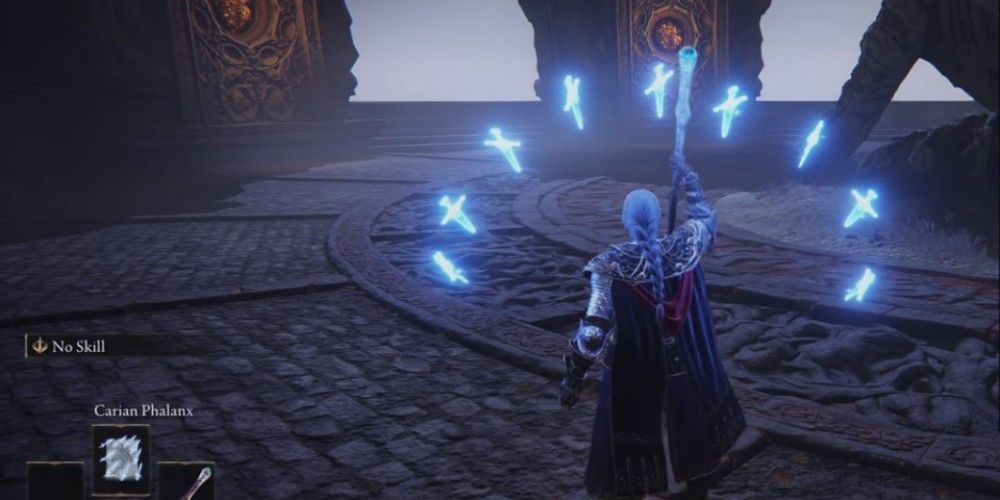 At first glance, you might think Carian Phalanx is the superior of these similar sorceries. Glintblade Phalanx summons less defensive magical swords around your character that automatically attack when you come into contact with something (Enemy or otherwise), but it makes up for having less swords by dealing even more posture damage.

This makes Glintblade Phalanx the superior option, and definitely the best defensive sorcery in the game. The enemies that lurk in dark corners will regret trying to sucker punch you if they jump out while you have this cast around yourself. 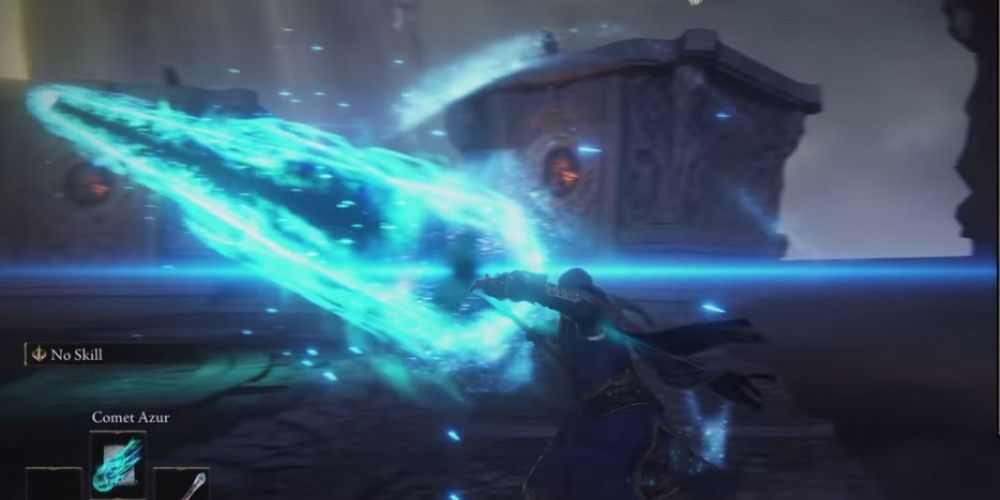 If you enjoy playing Elden Ring with others, the Comet Azur strategy is one of the most popular among players. This is a sorcery that deals massive damage in a continuous beam that lasts a long time.

The downside to it is that you're vulnerable from multiple sides for the duration of your cast, and if the enemy you're targeting moves too far to the left or right then you've just wasted a shot. But if you can work out one or two players distracting the enemy while you cast, you can reduce a health bar to zero in no time.