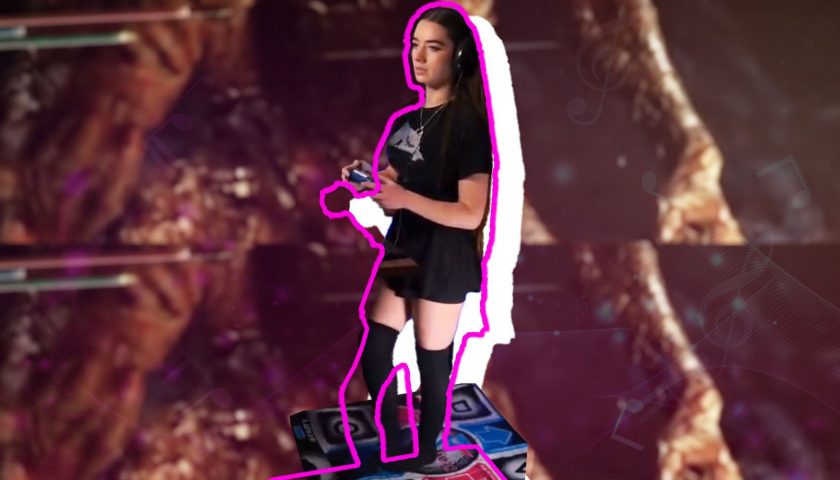 There are many reasons why Elden Ring won Game of the Year. One is the game's dedicated community that continues to do things in The Lands Between beyond many other people's imaginations. Like playing two copies of Elden Ring at the same time on different platforms using a controller and a dance mat.

MissMikkaa is responsible for beating various Elden Ring bosses and even finishing the game with caveats attached. The streamer has previously beaten the game one-handed, and also used a dance mat to beat Malenia. Now she's trying to beat two copies of Elden Ring simultaneously with a controller and a dance mat.

Labeled the Ultimate Challenge Run, MissMikkaa's latest quest began on Saturday. During that first stream, she beat the game's first boss, as you can see below. That was followed by a second stream on Sunday during which she played for more than five hours. Understandably tired, MissMikkaa told her streamers to tune back into her Twitch channel on Tuesday at which point the run will continue.

Last week was a big one for Elden Ring. Not only did it win GOTY, but it also got its Colosseum update. MissMikkaa has already been having fun with that too. The streamer has been using her dance mat to play against and likely beat other players. Imagine getting destroyed by someone only to find out they're using a dance mat to better you instead of a controller.

There have been a number of weird and wonderful ways Elden Ring players have played and in some cases beaten the game, but this might be the first case of someone playing two copies at the same time. Within a month of launch, someone had beaten the first boss with a controller made of bananas. There will likely be new challenges for these talented players in the future as Elden Ring's director revealed the team still has a lot of ideas for the game.