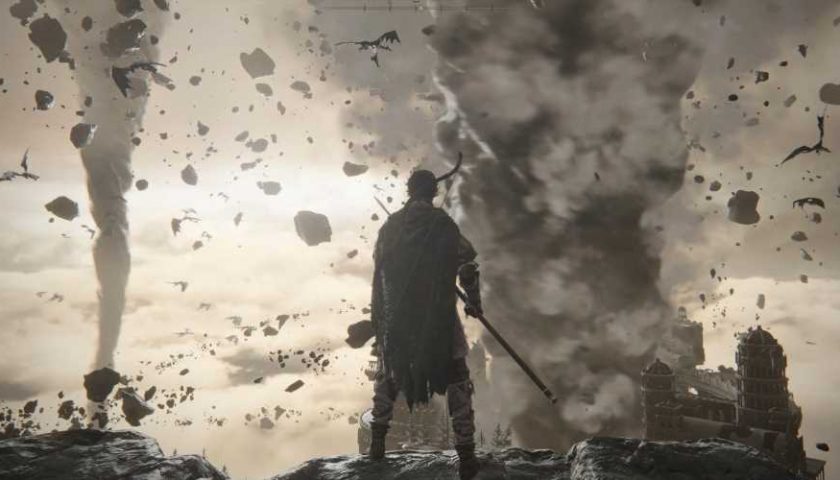 Elden Ring has been out for a few weeks now, meaning bosses have been bested with ridiculous things, like an in-game torch and also a banana controller. It also means speedrunners have had enough time with it to bust it wide open and beat it in under an hour. It took me an hour just to get over how amazing it was to have a jump button.

Earlier this week we happily reported that Elden Ring had been beaten in just two and a half hours, all without dying. Today, we were about to report that streamer LilAggy had bested the speedrun with a time of just under one hour, 59 minutes and 38 seconds, as noticed by Eurogamer. But, since then the time has been brought down again. Popular FromSoftware speedrunner Distortion2 has beaten the game in under 50 minutes, clocking in a time of 49 minutes and 29 seconds.

Still, LilAggy was the first person to have a recorded sub one-hour run, and no one can take that away from them. It does, however, mean this article will now focus on Distortion2's run, which you can watch below. Spoilers, obviously.

First up, Distortion chooses the Samurai class due to its Bleed starting weapon. Bleed buildup is a great mechanic that takes a large chunk off an enemy's health bar regardless of your attributes or level, so it's a solid strategy for besting them quickly.

He then absolutely legs it to the Gatefront Ruins site of grace so he can unlock Torrent, the spectral horse. Something fascinating about this speedrun is that it's Distortions first attempt, and you can hear him thinking out loud about the optimal ways to improve the run in the future.

He then goes to Liurna of the Lakes, skipping over Limgrave entirely, picking up as a Golden Seed and Sacred Tear en route to the Academy. He lights the site of grace there and then picks up the Icerind Hatchet in the temple quarter – a weapon that doesn't need to scale with your attributes, meaning stat points can be allocated to health and magic.

The rest of the run involves wrongwarps, huge content skips, and loads of spoilers, so I'll leave you to watch the video for yourself. It's impressive stuff, though, and DIstortion made a lot of little mistakes, meaning the run could be taken down by a fair bit.