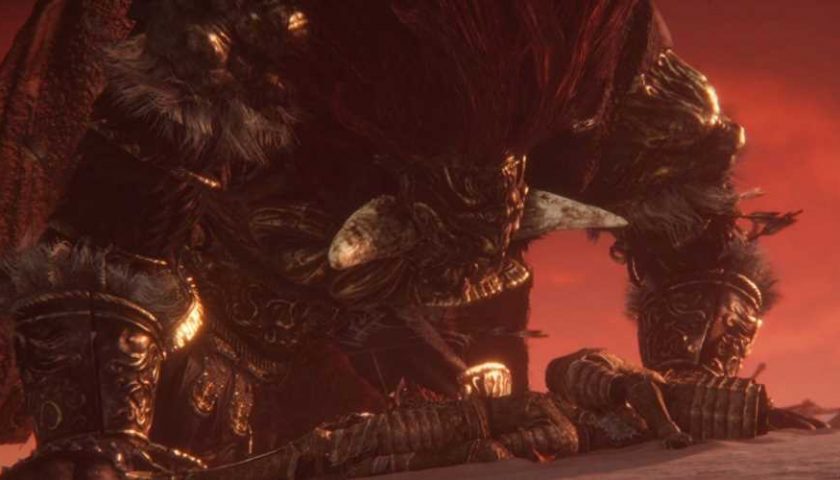 Out of all of the horrifying and brutal fights Elden Ring throws at its players, there are none that feel as insurmountable as Starscourge Radahn, the big bad boss of the Caelid area. Even with a small army at your disposable, Radahn is a significant challenge to overcome, and many players have been looking for alternative ways of dealing with him that cause much less stress.

Turns out, Radahn has one fatal weakness that players can easily exploit with the right amount of preparation – he can't swim. Players who have already fought Radahn will know that the place where you fight him is a big beach-like arena, surrounded by the vast ocean. All you need to do to get Radahn to off himself is to bait him towards the shoreline, keep reducing his health, and wait for him to leap into the air for his meteor attack. Simply stand next to edge of the ocean and Radhan will dive straight in, killing himself and allowing you to bypass his tricky second phase.

If you need a video reference to try and attempt this yourself, PCGamer recently shared a video – which you can find embedded below – by Redditor HomeGrownCrow who originally discovered the trick. Granted, it requires a bit of patience and for players to actually take off quite a bit of Radahn's health anyway, but the trick is there for those that can't quite finish off the big guy.

However, if you want an even easier way to take down Radahn, there's a certain area on the nearby cliffside that you can stand in that will drain his health entirely. The area itself is a little tricky to find and get to, but it does confuse Radahn enough to make him phase out of existence.

In other FromSoftware-related news, Dark Souls fans are becomingly increasingly worried that the developer has forgotten all about them after a dangerous exploit forced FromSoftware to shut off multiplayer servers for the entire series on PC. With still no word on when the servers will be back up, Souls fans have now discovered that the multiplayer tags for the games have been removed on Steam.