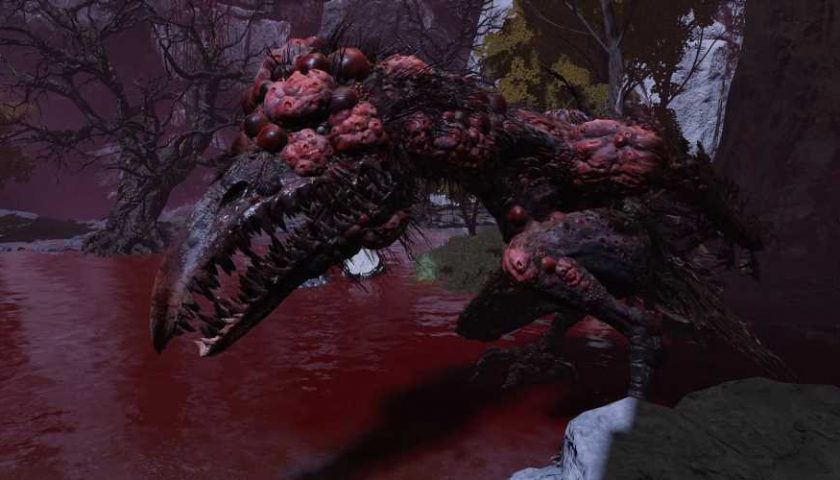 Elden Ring has large amount of areas that players dread exploring. Anyone who has step foot in Caelid knows full well what the game is capable of throwing at you, but there are plenty more areas that players despise even more than that. They've been sharing their least favorite areas on the Elden Ring subreddit, bringing up the worst of the worst that any Soulsborne veteran had a tough time traversing on their first go around.

It was u/LeoShun08 that started the conversation, sharing numerous screenshots of some truly terrible areas that you'll likely have come across. One of these screenshots is from the bottom of the Haligtree, an area which u/AxanZenith definitely isn't a fan of, who also rightly calls out the game for the boss fight with the Ulcerated Tree Spirit that takes place in a big pool of rot. Not cool, Miyazaki.

Speaking of the Haligtree, it turns out the top is just as big of a pain as the bottom, as u/buzzyingbee very specifically hates the area in which you have to traverse across several thin branches while dozens of enemies toot their bubbles at you in an attempt to knock you off. They also have a bit of a problem with the platforming section in which you have to precisely jump down a long shaft to reach the Frenzied Flame ending.

Ordina Liturgical Town is another popular choice amongst all of the answers, a little village that seems abandoned upon first inspection. You'll quickly discover that the town is crawling with completely invisible Black Knife Assassins, who can only be spotted by tracking their footsteps in the snow. Considering the Black Knife Assassin is an actual miniboss in the early game, you can imagine how incredibly frustrating this is.

There are plenty more areas that players hate, but with how brutal Elden Ring is, we'd be here all day listing them. Just know that if you struggled with any of these areas, you're not alone. If you're yet to discover them for yourself, I can only feel sorry for you.