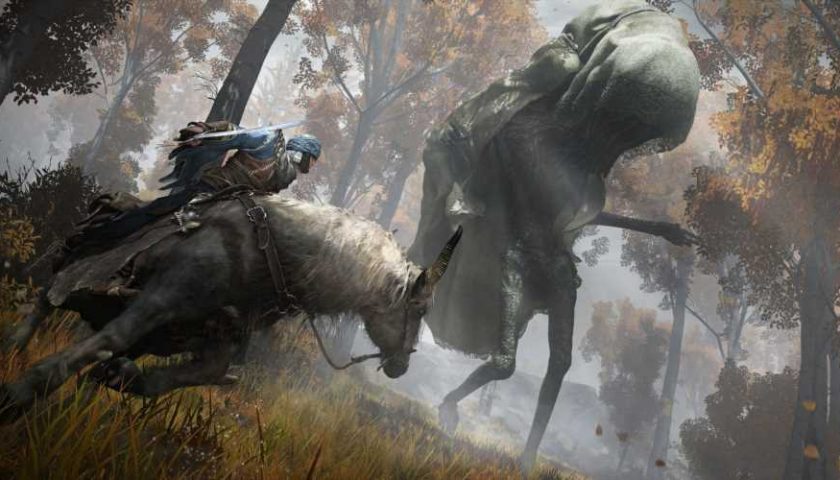 One of the biggest issues plaguing PvP players in Elden Ring at the moment is AFK rune farming. If you don't know what that is, it's basically when an Elden Ring player sits in an incredibly hard to reach area and has other player's invade them, whether that be through the use of an Furlcalling Finger Remedy or the Taunter's Tongue. The player then sits back and waits for the invader to get bored and give up, die trying to reach them, or get killed by another player coming to defend the host, thus giving them free runes as a "reward."

As you can imagine, those hoping to simply invade other players and engage in some good old-fashioned PvP are becomingly increasingly frustrated at the amount of people now tyring to swindle free runes out of invaders. In fact, the problem is so prevalent that the Elden Ring subreddit is chock full of people sharing ways to deal with these farmers, utilising every weapon in their arsenal to punish them.

There's way too many examples to go through individually, but one of the more common seems to be to use the Jar Cannon and blow people off the side of cliffs, as showcased by Redditor shiba219808. If you can't use the Jar Cannon or just don't have it, Redditor probadplayer has shared his method of defeating rooftop lurkers by using the area of effect attack with Mohgwyn's Sacred Spear. Other examples include using the Hand of Melania to jump down to reach otherwise inacessible area to give them a close up whack, while others use spells whilst falling to get themselves a petty victory.

FromSoftware has been updating Elden Ring with patches quite consistently, so, hopefully, there's a fix in the works before things get too out of hand. Until then, invaders will have to remain on the hunt for tricksy farmers, but these examples might give you a nice idea of what to do should you encounter one yourself. Good luck, fellow Tarnished.