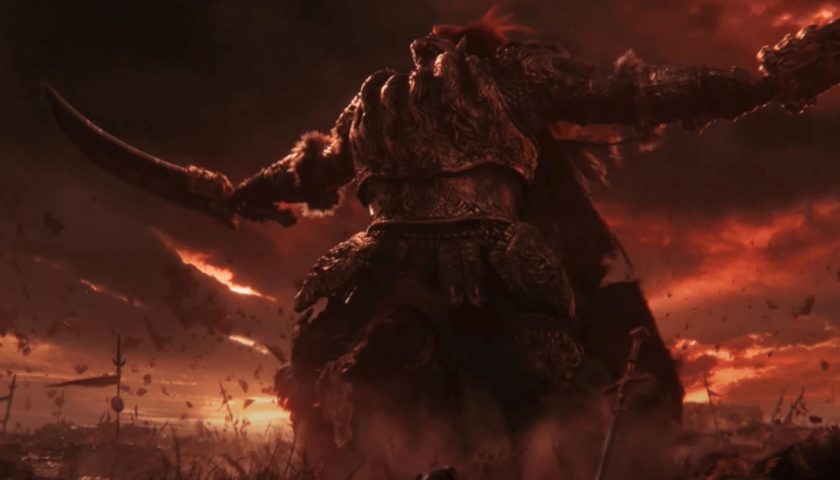 Elden Ring has been out for nearly two weeks. Like any Soulsborne game, it's tough as nails, but that isn't stopping a brave few from taking it to the next level. ZeroLenny took down Radahn with no NPC summons and just a torch. But he isn't stopping there – he's going to start a torch-only 100 percent run.

Radahn is one of Elden Rings tougher enemies. He's a giant hulking brute with a miniature horse, hexes, a hammer, and an open arena that will leave you scrambling about on Torrent's back, praying you don't get two-shot. It's all about those perfectly-timed dodges which we can see in ZeroLenny's video. The torch doesn't do much damage, so dodging and being patient are key.

He pulls it off with barely a scratch to show for it. If you're like me and are having an incredibly tough time taking down Radahn, then this will no doubt make you feel even worse. If he can do it with a torch, surely it's possible? Then again, people are already playing Elden Ring with bananas, so maybe we shouldn't compare ourselves to challenge runners.

In the video, you can hear Lenny's frustration bubbling as the torch doesn't quite hit from his range. But then, when it clicks and that last hit strikes, there's a celebratory cheer. We've all felt it – you've been at a boss for hours, wailing away, and then you finally knock their health bar down to zero. Now imagine that with a torch.

Challenge runs are a huge part of the Soulsborne community. Whether you're not levelling up, using a broken straight sword, trying to take no damage whatsoever, or using nothing but your bare, naked fists, there are countless ways to amp up the difficulty.

But if you want to tone it down, you can. There's no pause button which has caused a stir among players, but you can pause if you open a menu explanation for an item. Silver lining, eh? So if you're struggling with Radahn and need a breather, maybe 'pause' the game and go out for some air.