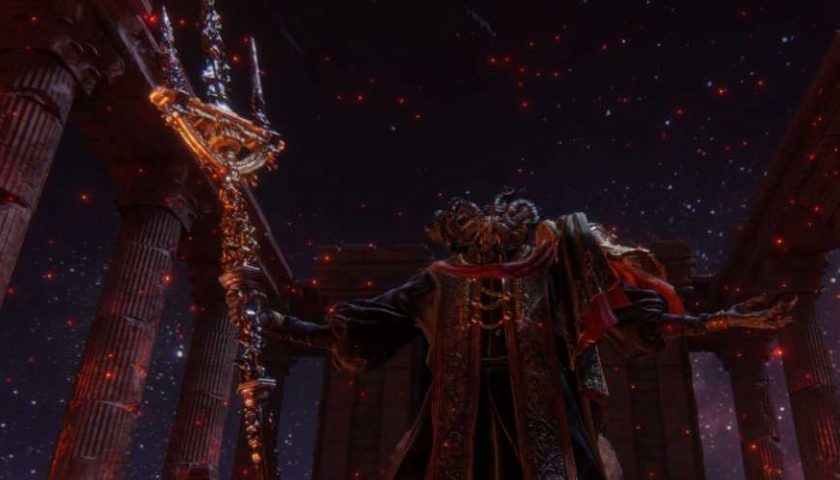 Pre-patch Mohg was a cakewalk. You could parkour into the arena and kill him easily as he wouldn't fight back. So FromSoftware took note and fixed him, but that doesn't mean there aren't other ways to break Mohg. It turns out that using Mohg's Shackle three times at the fog before entering also freezes him.

However, there is a catch – if you stagger Mohg, he'll activate. So don't use any big weapons or strong attacks. Slow and steady wins the race or, in this case, cuts down a big ugly Demi-God. Still, that's easier than actually fighting him and should make Mohg a decent farm spot again for summons.

Keep in mind that this is a specific Mohg. You do fight him a few times. The Mohg in question is in the underground eternal city by all the bleed enemies, just ahead of another key Elden Ring rune farm spot. You can see the glitch in action below.

The video itself is from two weeks ago but, as evident by the comments, the glitch still works. Just be sure you're using Mohg's Shackle and not Margit's as this is a mistake many have made. Margit's won't work.

The most recent patch notes also fail to mention Mohg or Mohg's Shackle, so it should still work today if you're having difficulties with this boss. If it isn't your speed though, you can always sit out the arena and take pot shots with a bow and arrow. Both still work and both are far easier than actually fighting him.

In other Elden Ring news, one player is imitating the infamous Oscars moment where Will Smith slapped Chris Rock. Cosplaying as Smith, they're invading people's world, walking up slowly to the host, slapping them, walking back, shouting, and then leaving. With how extensive Elden Rings' customisation is, even letting you change your name at any point for free, it shouldn't come as a surprise that players are going to extreme new heights for a Souls game.