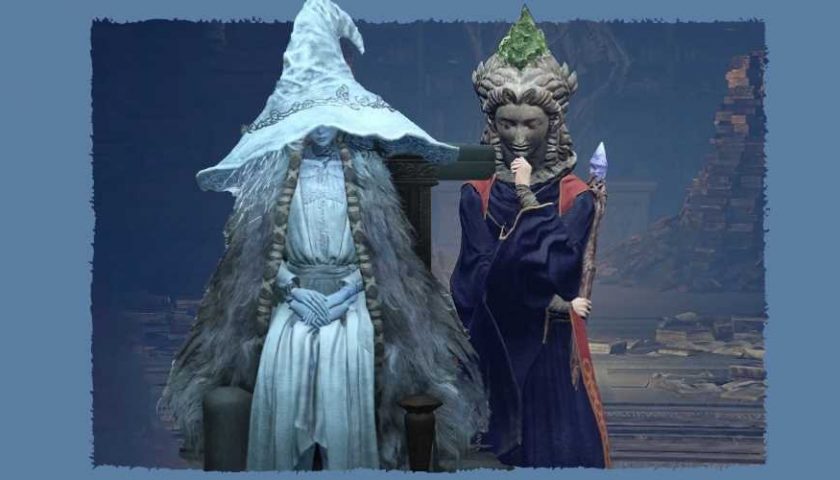 Elden Ring players just keep on finding things. New lore has just emerged that sheds some light on Radahn, Ranni, and the sorceress Sellen. Strap in folks, because we doubt you'd ever think to play through events in this order.

If you speak to Sir Jerren, the man running the Radahn Festival at Redmane Castle, after you've begun Ranni's questline but before the festival has started, you can get some interesting lore. When Blaidd tells you to go and ask Selvius or Sellen about Nokron, instead speak to Jerren.

You can ask him about Iji, the giant blacksmith on the road to Carian Manor. He lets you know that Iji made weapons for Radahn's army – blunt, but useful against the Scarlet Rot. This implies that the Carians and Radahn were allied in the past, before the Shattering.

Jerren also lets you know that the festival will set Ranni's fate into motion, showing he's aware of the effect the stars being held in place is having on the Carians. If you then go and speak to Iji, he'll chastise himself for not realising sooner that defeating Radahn would release the stars, resuming the Carian's fate and possibly revealing the city of Nokron.

It did all seem a bit strange when this stuff just randomly kicked off after the festival, so it's good to know FromSoftware had actually thought ahead and placed breadcrumbs throughout the game. How on Earth we were meant to find them is anyone's guess, as Iji and Jerren are quite literally on opposite sides of the game's enormous world, so traveling between the two isn't exactly intuitive.

This does, however, reiterate that Caelid is a region designed for later in the game, not right after Limgrave. You can then go to Blaidd in the underground city and tell him Iji's theory, and off you both go to the festival.

After killing Radahn, return to Iji and he'll reveal that sorceress Sellen's immortality was caused by the stopping of the stars. Radahn really was key to a lot of plotlines. What a massive weight on his shoulders. No wonder he took up gravity magic.