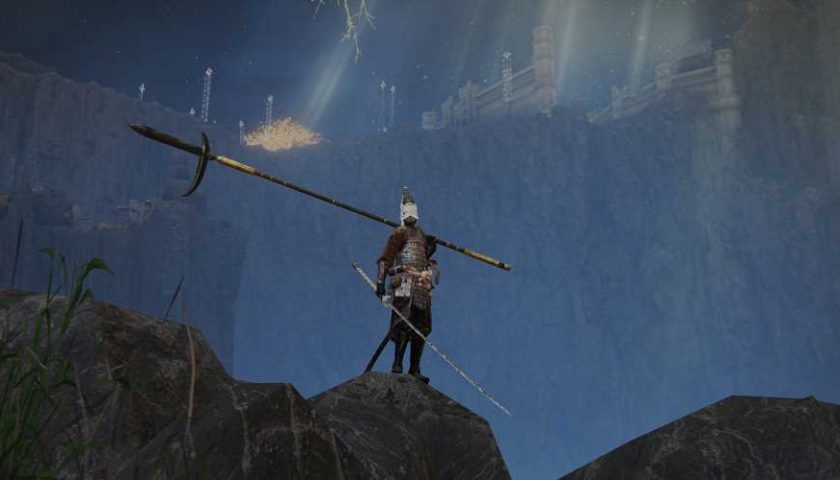 Sekiro: Shadows Die Twice is arguably FromSoft’s most difficult game. A large part of that difficulty has to do with Sword Saint Isshin, the final boss in three out of four of Sekiro’s endings. And now, thanks to a new mod, you can feel the power of the Sword Saint in Elden Ring.

In an apparent attempt to turn Elden Ring into a musou game, modder Hotbite has taken Sword Saint Isshin’s moveset and translated it into FromSoft’s most successful game to date (thanks, PC Gamer). All the wild, sweeping strikes, the arms of energy, and the near-instantaneous sword swipes can be yours for the taking, provided you do things exactly as the mod requires.

In order to get the mod working, Hotbite has overridden the default movesets for the Nagakiba katana and the Pike, also replacing the weapon models with Isshin’s Mortal Blade and Yari, respectively. The movesets only appear if the Nagakiba is equipped in the right hand and the Pike in the left hand. Both weapons come somewhat further into a player’s journey through the Lands Between, so the mod also makes both weapons appear automatically by traveling to the first step site of grace.

Hilariously, Hotbite also modeled Isshin’s flintlock pistol, which replaces the heavy crossbow. However, this is not a separate armament and doesn’t actually fire bolts. Instead, the pistol is added as part of Isshin’s moveset.

As you can see in the above explainer video, Isshin’s moves are ridiculous. Just the light attack combo alone has a massive slice with a lighting-empowered blade, followed by several wild swings that make Melania’s Waterfowl Dance look like a half-hearted stab with a dagger. Mortal Blade’s Ash of War, Dragon Flash, looks very similar to Moonveil’s Transient Moonlight–already one of the best in Elden Ring–but with even greater range. Throw in that Yari and Isshin can basically mow through Elden Ring’s toughest enemies like it’s Dynasty Warriors 9.

Head on over to Nexus Mods to give Isshin a whirl. And given how fast this boss’s moves are, you might need to squeeze some extra performance out of your rig to truly feel like a boss. Believe it or not, axing the Erdtree actually gives you a few more frames.