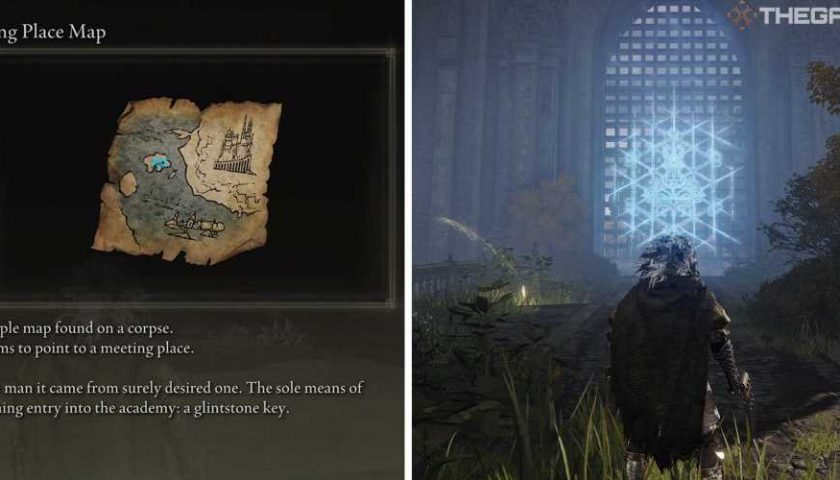 Raya Lucaria Academy is Elden Ring's second Legacy Dungeon, and is home of the scholars and sorcerers of the Lands Between. Raya Lucaria Academy can be found in the center of Liurnia of the Lakes, just north of Limgrave. However, getting inside the Academy is a puzzle on its own. As you approach the Academy through the Gate Town, you will notice a large door guarded by a magic spell. Without breaking the spell, you won't be able to enter the dungeon.

Where To Get The Glintstone Key 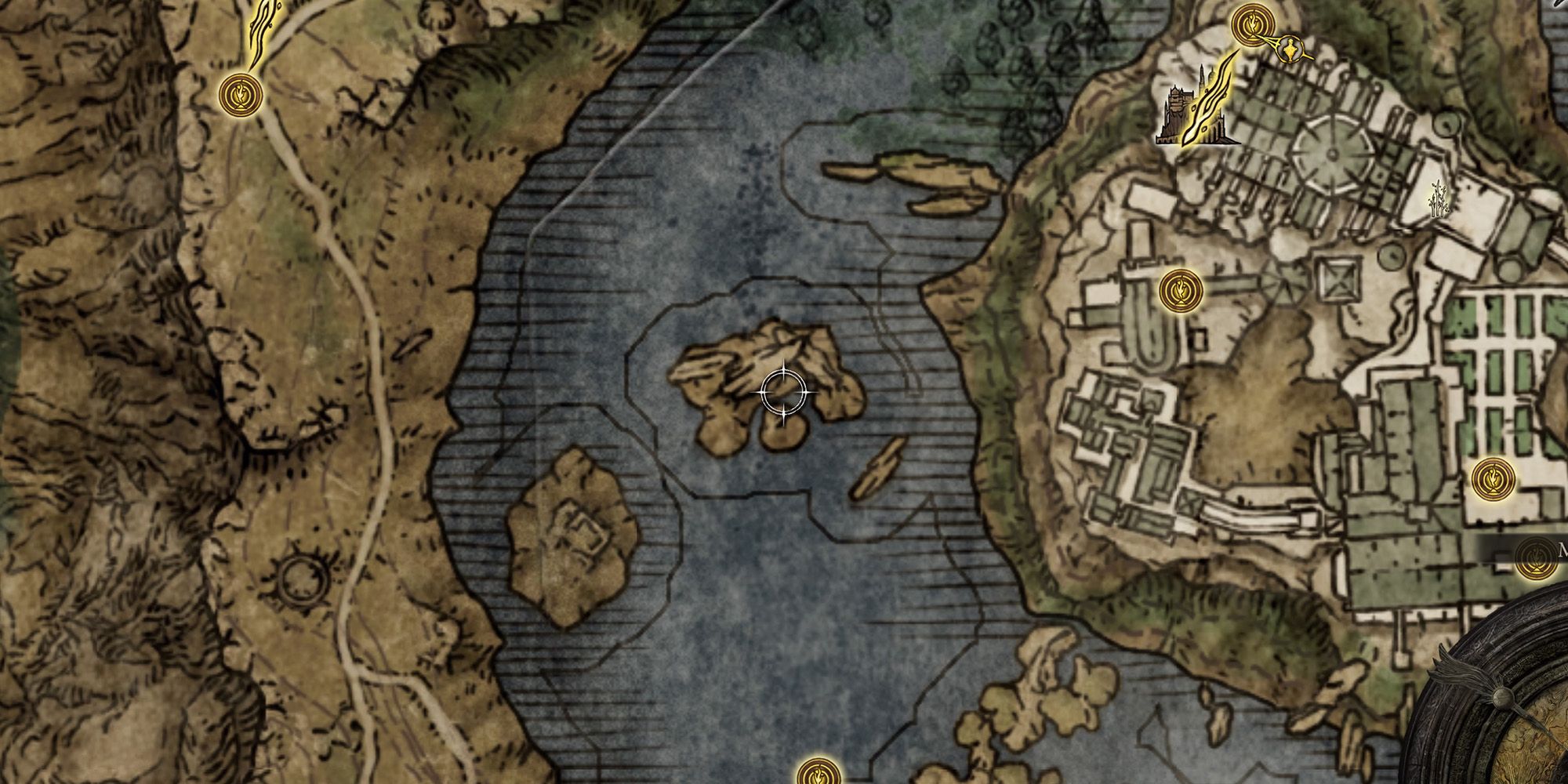 The Glintstone Key is found in the area marked on the map in the image above. If you looted the Meeting Place Map from the corpse just in front of the Academy Gate, this map will also point you to the same location. This small island to the west of the Academy is guarded by Glintstone Dragon Smarag, but you can avoid this optional boss by sneaking around him.

To avoid the dragon, approach the island from the left side, then sneak behind him. The Glintstone Key can be found on a Raya Lucaria scholar's corpse just behind the dragon. Grab the Key and either teleport or run away to escape the dragon. Alternatively, you can try fighting Smarag, but if you've just come from exploring Stormveil Castle, and you're sitting around level 40, Smarag will probably be too difficult to handle right now. You can try your luck fighting him or come back later once you've gotten stronger.

After acquiring the Key, head back to the entrance to the Academy. You can either enter from the south or north entrance, but they will both lead you to the start of Raya Lucaria.

Once inside the Legacy Dungeon, you are free to explore Raya Lucaria Academy's classrooms, lecture halls, and courtyards. Prepare to face strong enemies that will use magic attacks.