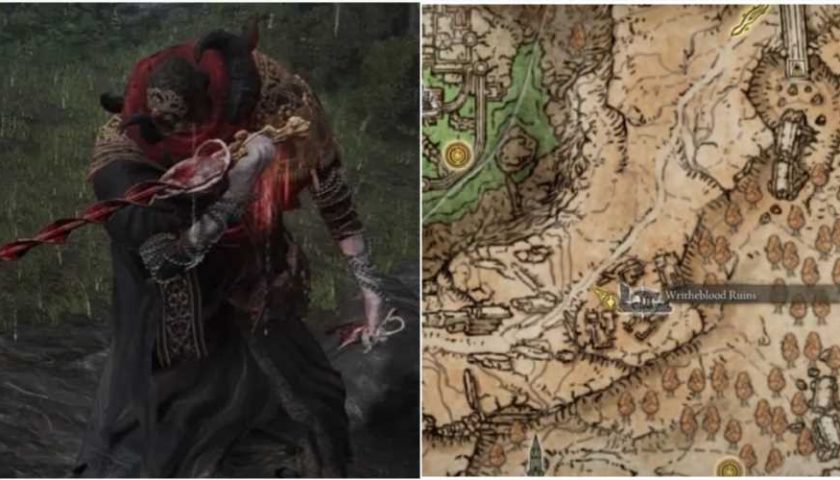 Elden Ring is a game full to the brim with intricate enemy designs and bosses. With each enemy offering a unique challenge, it can often be tough for players when taking on even the more simple variety of boss encounters on offer.

Indeed, while the Sanguine Noble may be a boss encounter that appears elsewhere in the game as an ordinary mob, it can still pose a threat to the unsuspecting and unprepared tarnished. With its quick attacks, bleed build up and unpredictable movement, even experienced players will want to be careful here. 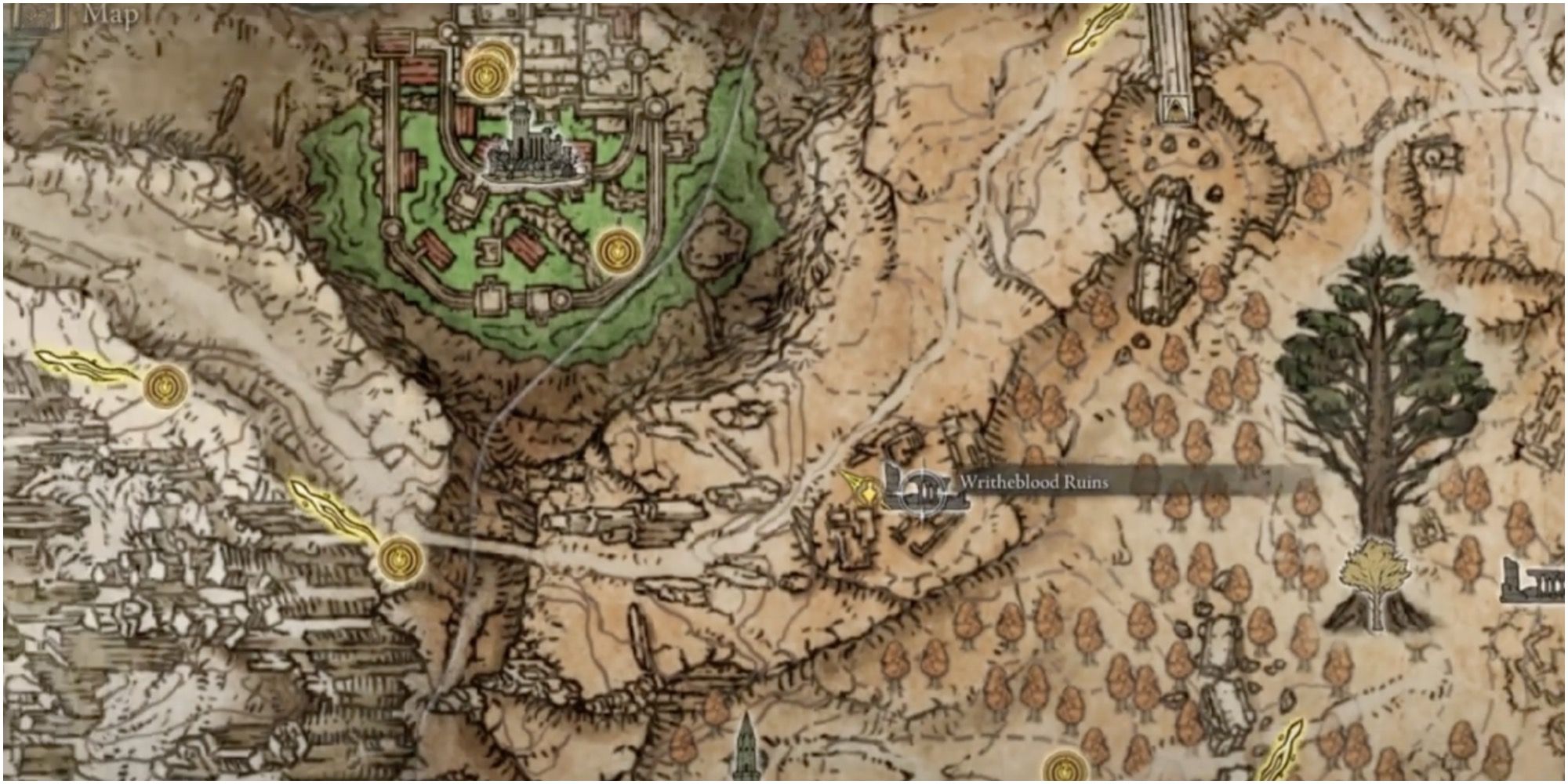 The boss variant of this fight is located in the Writheblood ruins, on the Altus Plateau, a mid to late-game area. Like the boss’s leader, Mohg Lord of Blood, this enemy uses bleed to take large chunks off your health at a time. This is combined with a relatively quick moveset and unpredictable actions.

However, if you can deal high damage, and have a bleed weapon of your own, this boss can be quite simple, with the boss room making the fight more difficult than anything. Indeed, the cramped boss room of the Writheblood Ruins can often lead to some strange camera movement and awkward placing.

Ultimately, by using bleed, patience, and backstabs, this is a fight any tarnished can overcome. 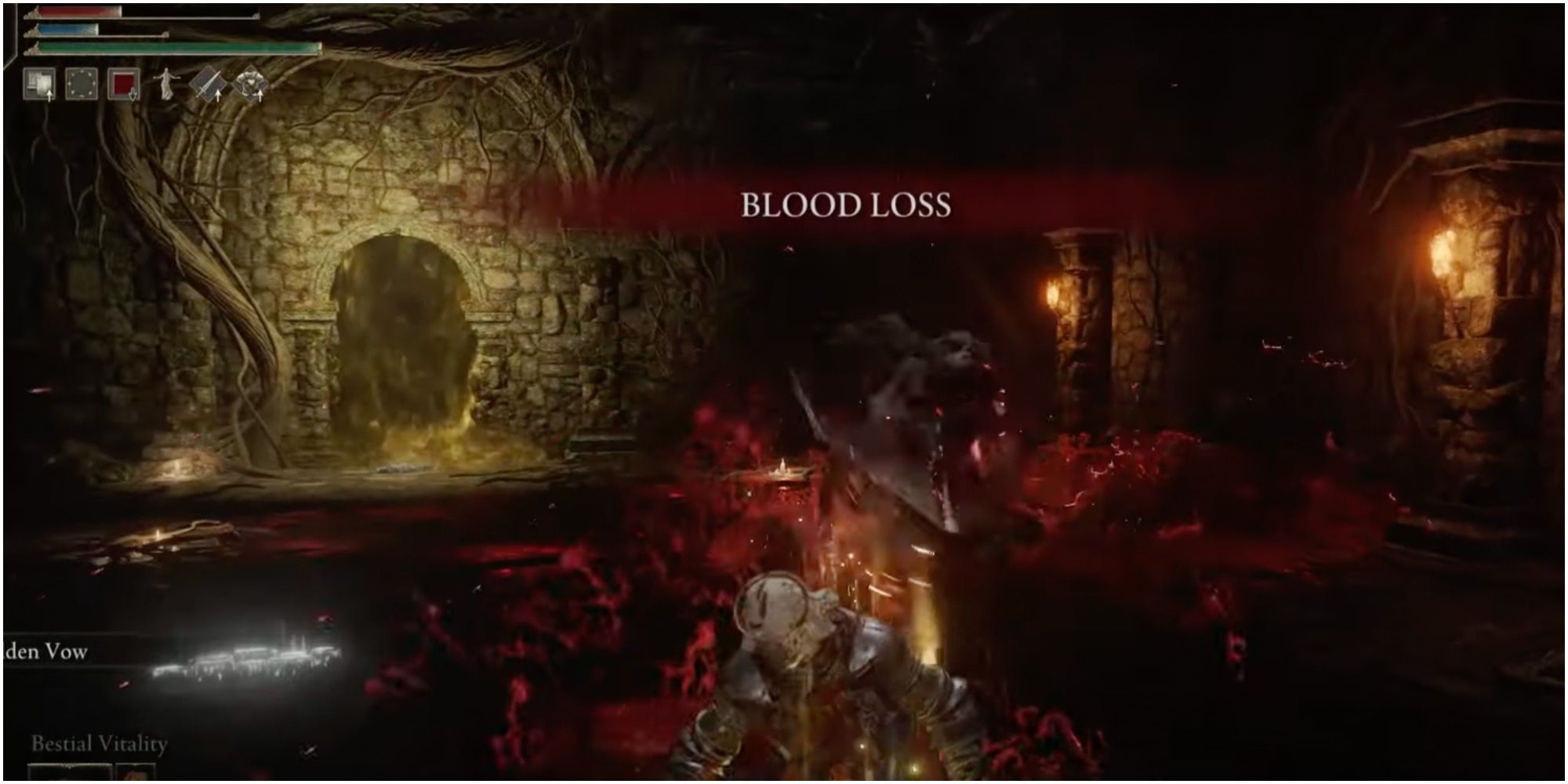 The boss will rapidly throw its dagger at you from its left hand.

Counter: This one is about anticipation, the attack is usually used when you are far away from the boss. So, always be ready to roll through the attack. 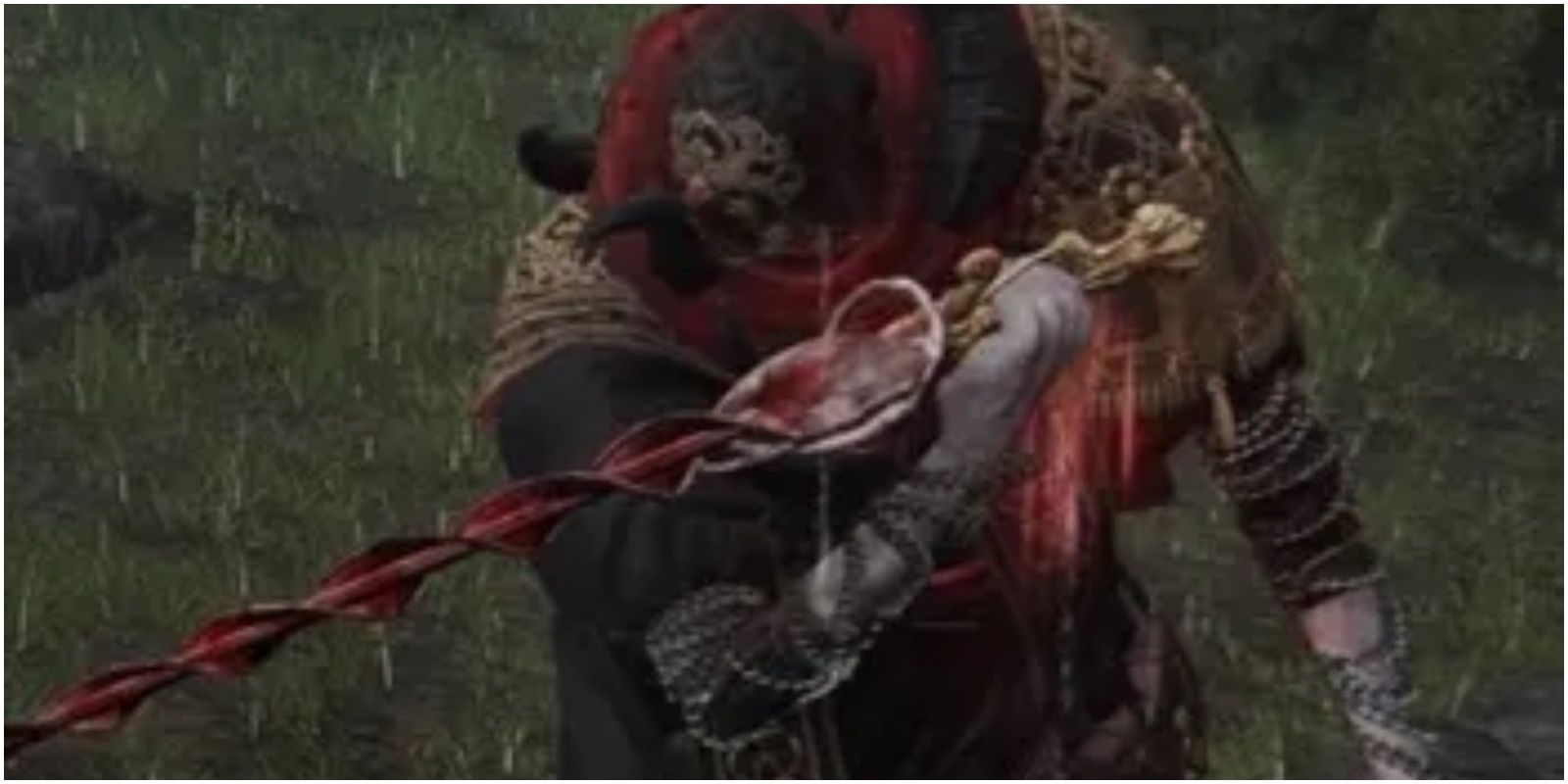 The boss will raise its dagger, awaiting a foolish tarnished to dive in with an attack. This is a dangerous one. If you are successfully parried, the Noble will get a critical hit on you, dealing huge damage.

Counter: It is crucial that you do not commit to a melee attack while the noble is ready to parry. Rather, take this as an opportunity to cast a spell, use a bow, or heal. As long as you do not give the boss the chance to parry, you will be safe. 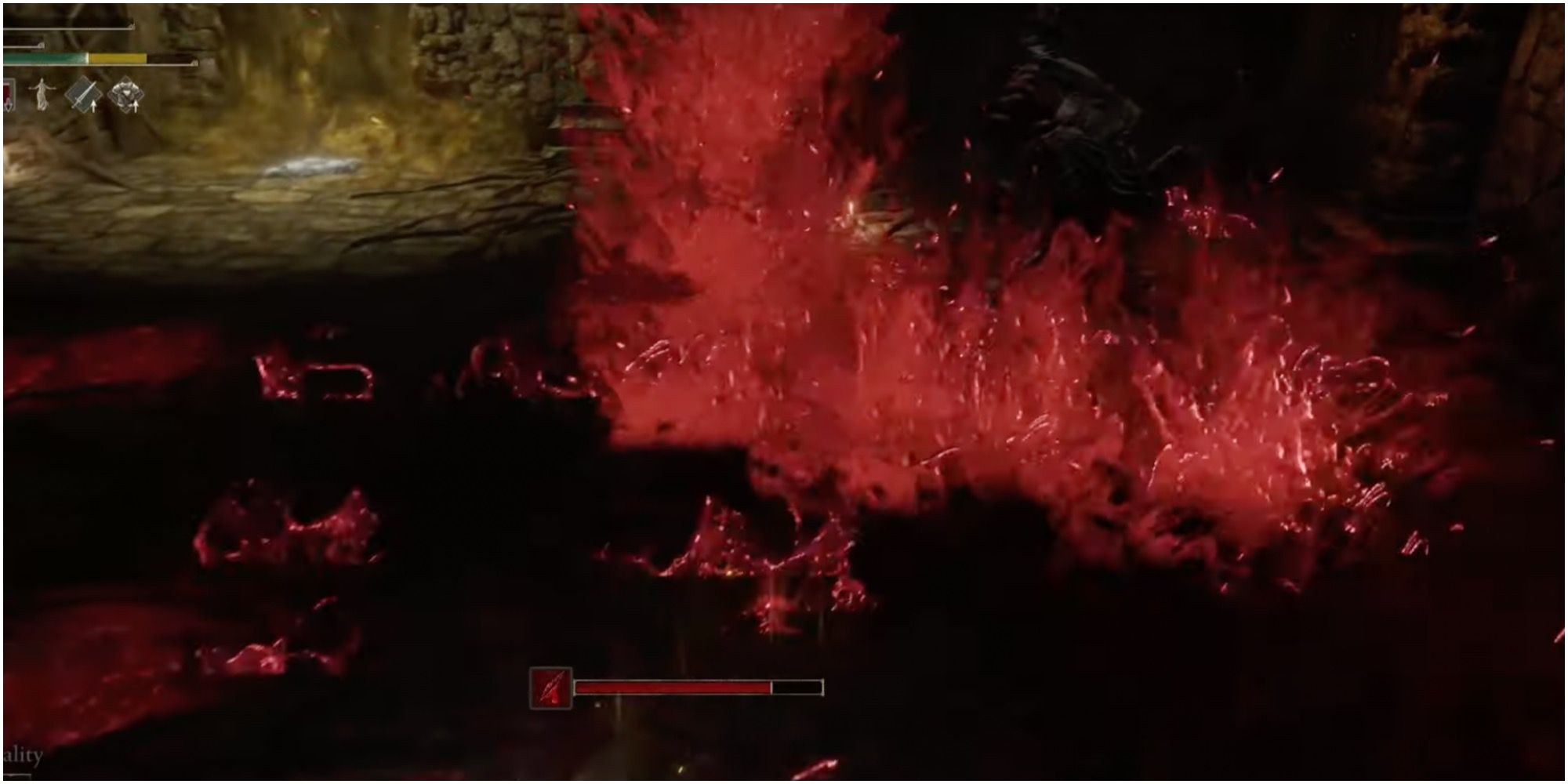 The Sanguine Noble, keeping up with its title, will sweep its blade along the ground, creating an AEO pool of blood. Touching this blood will build your bleed meter.

Counter: These are pretty easy to avoid, just do not step on them. 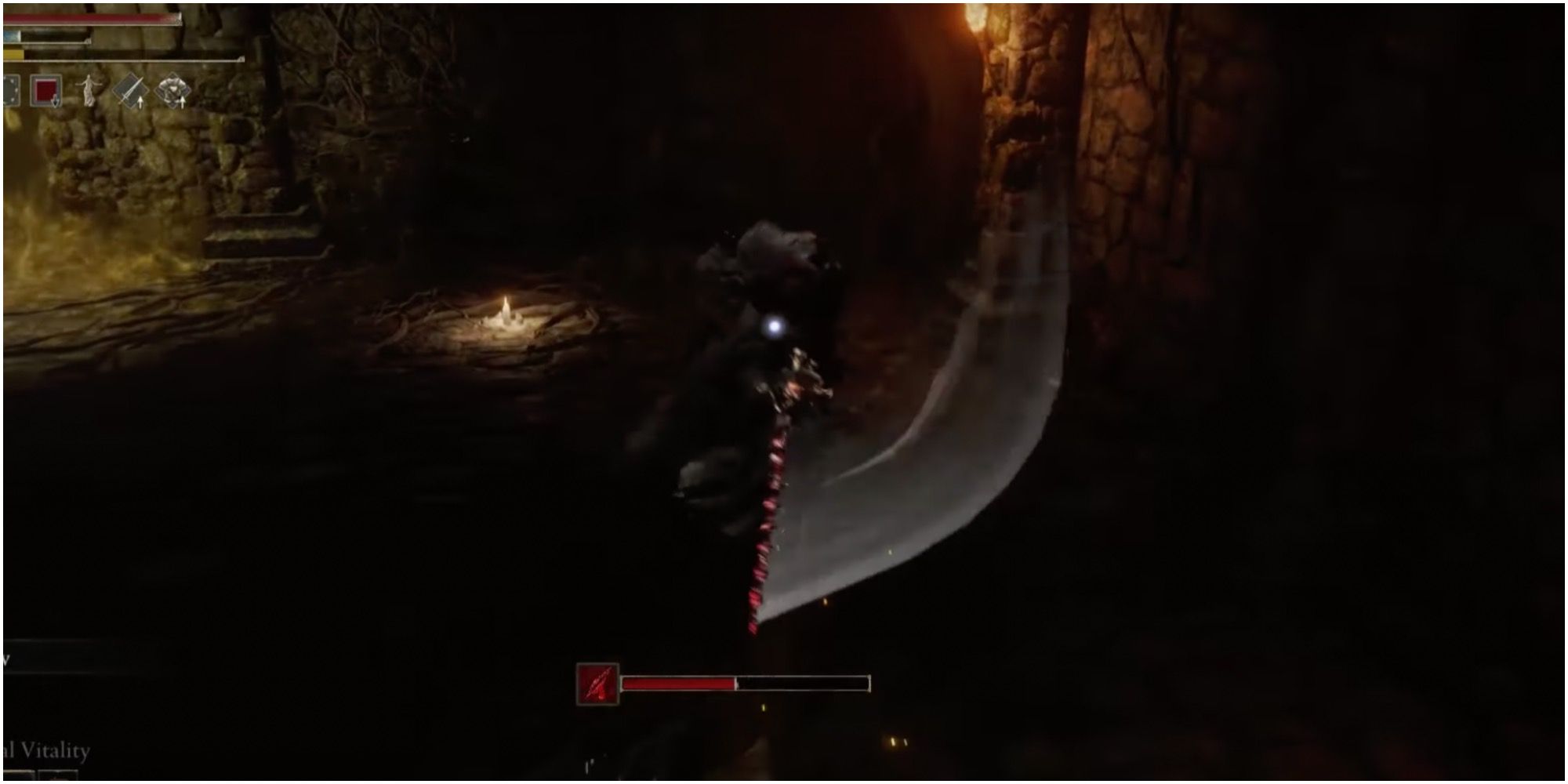 The enemy will move toward you at a frightening pace, thrusting his blade in your direction. This attack is often quickly followed by the enemy's other combos.

Counter: If your main goal is to create distance from this attack, then roll away. However, if you want to be aggressive you can roll through this attack to get close, and punish. 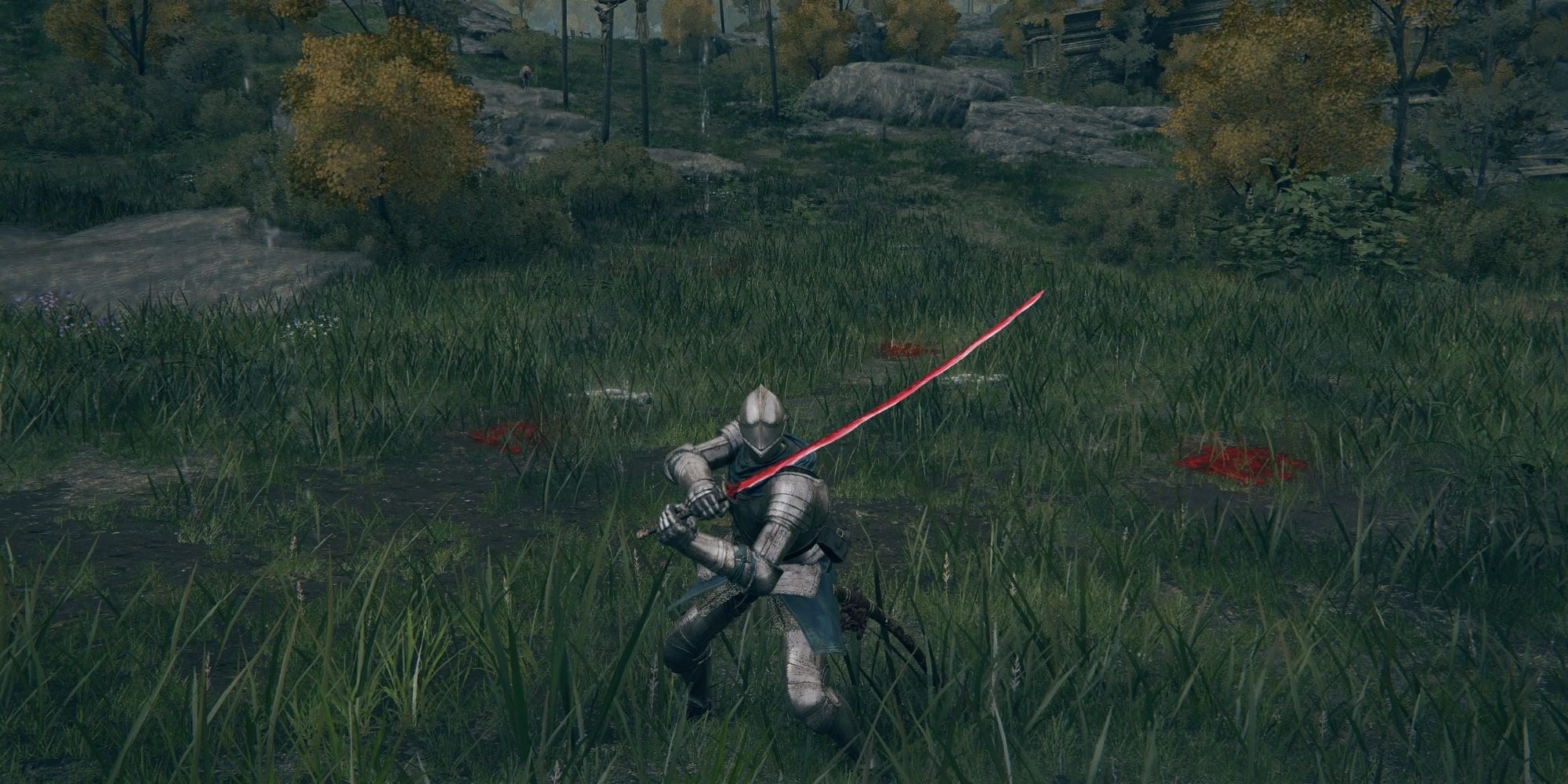 A combination of careful timing, eagle eyes, and bleed damage will have very positive results here. Quick, bleed-based weapons, such as the Rivers of Blood Katana, will serve you well, allowing you to deal damage and dodge in quick succession.

Crucially, never engage the boss when it is ready to parry you, this is its biggest weapon and can cut your health bar in half rapidly.

In order to counter this enemy’s bleed attacks, bring along as many Stanching Boluses as possible. These items will relieve all bleed build up, nullifying its most-potent weapon.

Moreover, be wary of the boss room as it is very cramped and can lead to some mishaps with the camera.

With these tips in mind you should be able to defeat this blood-soaked boss. 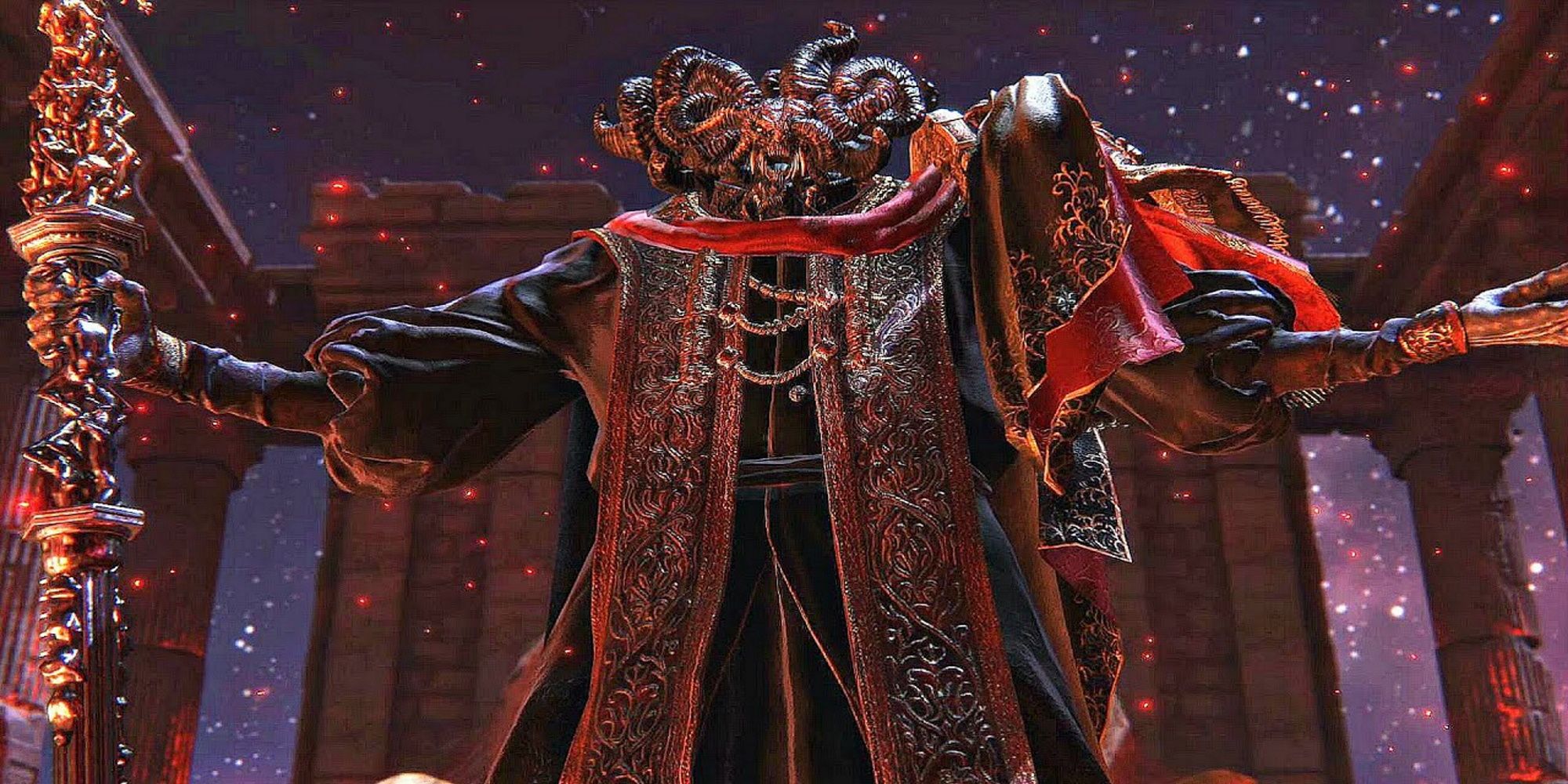