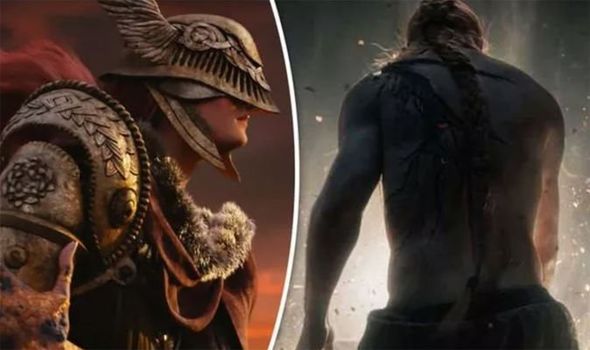 Elden Ring has been missing in action ever since it was announced by developer From Software during E3 2019.

Fans of From Software games have been crying out for more information about the open-world game ever since.

Developer From Software’s silence coupled with a lack of gameplay footage has even led to speculation that it may have been cancelled.

Fortunately, however, a high-profile figure in the gaming industry appears to have debunked such rumours.

Describing Elden Ring as director Hidetaka Miyazaki’s most ambitious game yet, Xbox executive Phil Spencer claims to have seen and played “quite a bit” of the upcoming release.

“As somebody who’s played all of Miyazaki’s games over at least the last decade, this is clearly the most ambitious game that he’s done.

“I mean, I love his games, but seeing some of the gameplay mechanics stuff that he’s tackling, he and the team are tackling this time, of the setting, working with another creator in terms of story. I love it.”

While very little is known about Elden Ring, we do know that it’s a “fantasy action-RPG adventure” set within a world created by Dark Souls creator Hidetaka Miyazaki and author George R.R. Martin.

In fact, maybe it’s George R.R. Martin’s fault that the game is taking so long. After all, he’s been working on the sixth novel in the ‘Song of Ice and Fire’ series since 2011.

In addition to recognising the best and brightest from the gaming industry, The Game Awards features countless gameplay trailers and game reveals for upcoming releases.

Elden Ring seems like a strong candidate to appear at the show, alongside the long-rumoured Silent Hill reboot from Sony.

According to previous leaks, Elden Ring’s open-world gameplay will have its roots in the Dark Souls design philosophy.

The big difference here is that the world will be vaster and feel much more alive.

This will be achieved through a combination of dynamic day and night cycles, weather, lighting and even wildlife.

Elden Ring’s lore and narrative is also said to be more grandiose than past From Software games, which bodes well for online lore hunters.

The game is tipped to launch next spring, although nothing has been confirmed so far.