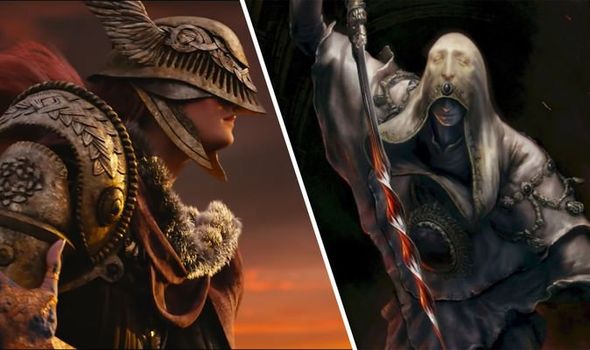 Elden Ring has been missing in action since it was revealed by From Software during last year’s E3 event in Los Angeles.

We know for certain that it’s an open-world game and that Game of Thrones author George R. R. Martin is involved, but we don’t know much else.

What we really want is to find out the Elden Ring release date, and for From Software to show off some gameplay.

Fortunately, a new leak has shed some light on what we can expect from Elden Ring when it makes its PS4, Xbox One and PC debut.

According to a recent ResetEra post by trusted leaker Omnipotent, Elden Ring’s open-world gameplay will have its roots in the Dark Souls design philosophy.

The big difference here is that the world will be vaster and feel much more alive.

This will be achieved through a combination of dynamic day and night cycles, weather, lighting and even wildlife.

“Dynamic day/night cycles, lighting, weather, I’ll even throw you a bone and say wildlife, enemies out in the open world that change their positioning, both big and small,” reads the latest Omnipotent post.

“Things that make the world feel like it lives and breathes and doesn’t just exist as your playground and while they’re relatively minor when looked at as singular elements.”

“You start to take all of these elements and put them together and ultimately what you have is something that again, shares the same DNA as past games, but culminates into something different.

“Even just looking at weather, day/night and lighting on its own is cool to me, because while: yes they’re in so many games that its not inherently interesting or special.

“When you look at past games, with very few, contextual exceptions. Every area and locale is going to look essentially the same from when you enter to when you leave or even when you come back.

“Bloodborne, Dark Souls 3 and Sekiro dabble in time of day changes, but these are all irreversible and in my opinion, especially in the case of Dark Souls 3, aren’t really super effective in changing the mood and atmosphere of an area and any fan of these games, especially when it comes to world should know that mood and atmosphere are huge parts of what makes these worlds and zones special.”

The only downside to Omnipotent’s post is that it just made the wait for Elden Ring even more excruciating.

“Danger and discovery lurk around every corner in FromSoftware’s largest game to-date,” the description reads.

There’s no word on a release date, although the latest rumours suggest it will launch later this year. That’s based on a recent New Year’s message from the Dark Souls studio to fans.

As part of a New Year’s card featured on the From Software website, the developer listed Elden Ring for June 2020.

With Coronavirus fears curtailing many public events, it’s unclear when we’ll find out more about From Software’s next major release.