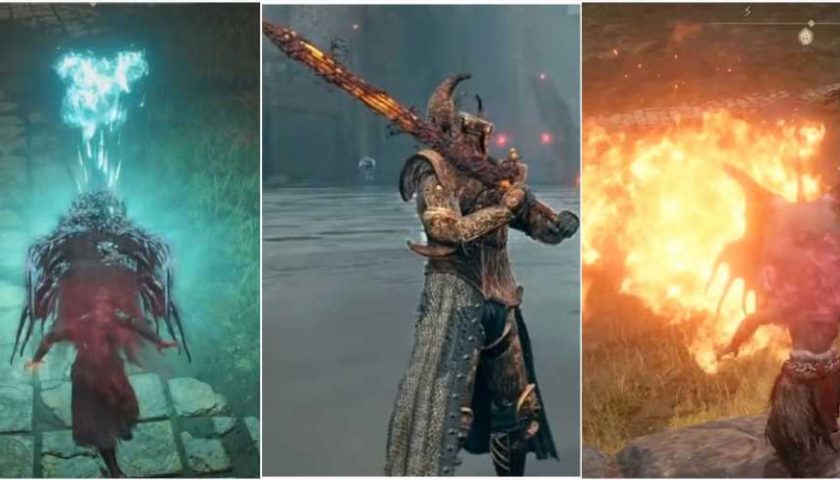 Where Sorcery is your walking, talking, human nuclear warhead, Incantations tend to lean more on the side of the logistical specialist who is packing heat. Faith is largely dominated by support spells, and this makes it a fantastic path to go down if you want to dabble in magic but don't want to dedicate yourself to it.

That doesn’t mean Faith isn’t capable of dealing staggering amounts of damage, and, in fact, if want to build a pure damage class, Faith can fill that role. This guide will be looking at an indestructible life-steal build, and a Dragon God build.

What Is A Faith Build 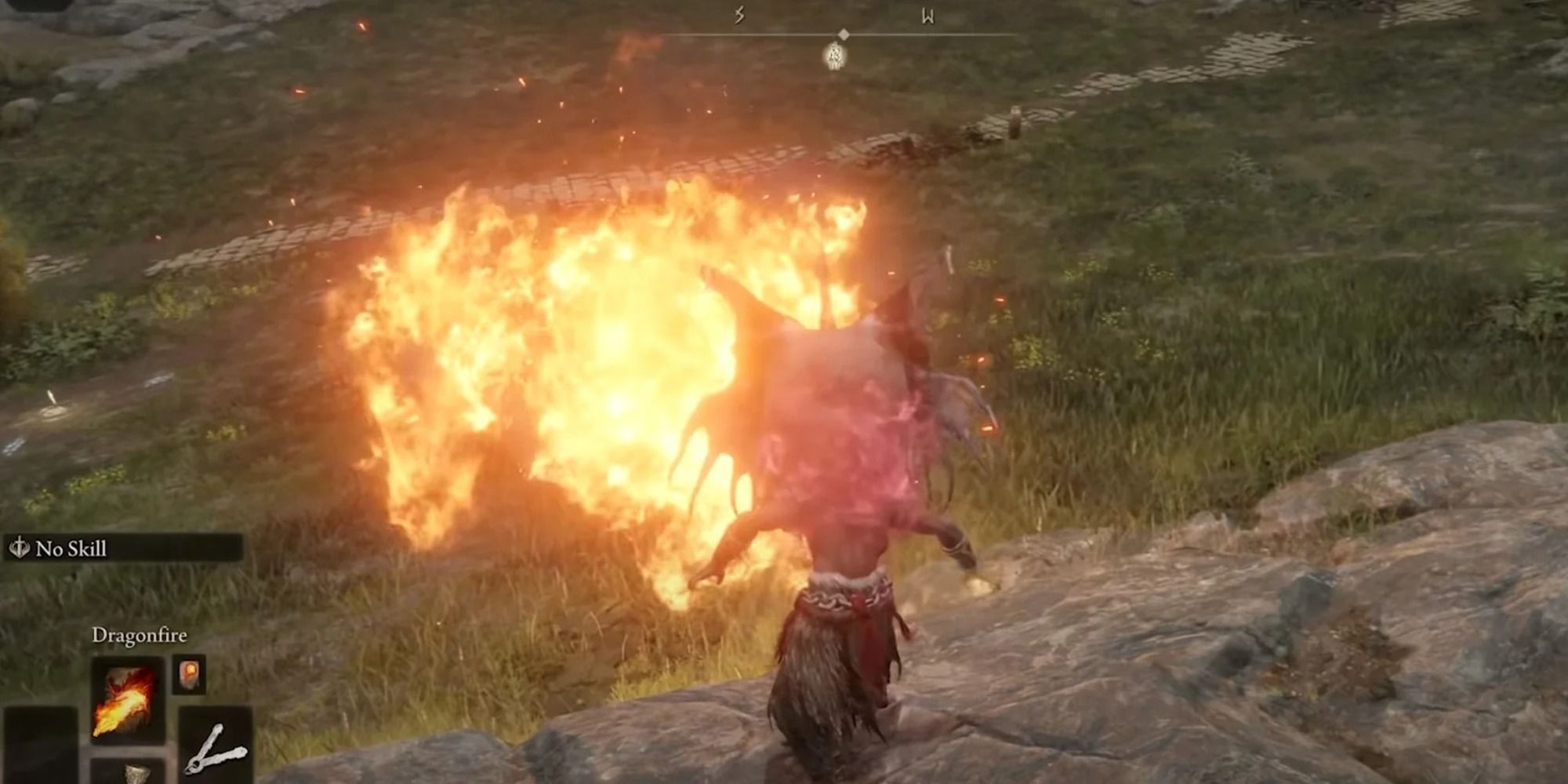 Faith is essentially a different flavor of magic. Instead of sorceries, you use Incantations. Instead of dealing pure damage, you have more utility. Instead of throwing pebbles, you transform into a dragon and destroy entire hordes of enemies with Scarlet Rot and hellfire. Faith in Elden Ring has everything, and this makes it a fantastic dabble stat that can also be expanded to a full build.

Stats To Aim For 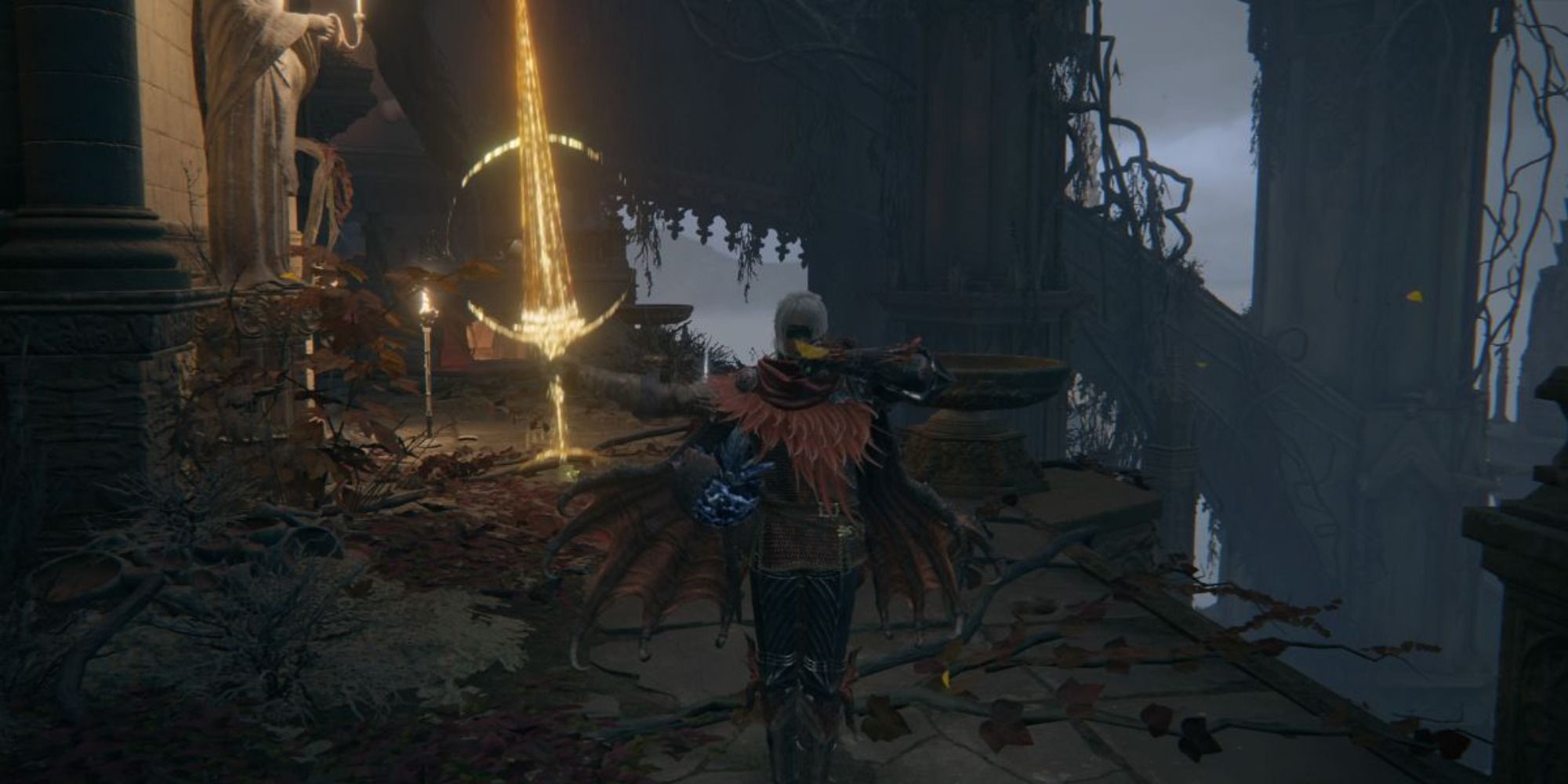 Because Life-Steal and Dragon Faith builds are so different in terms of stats, we have broken them down into two separate tables.

The Dragon build will require a hefty investment into both Faith and Arcane to make the most out of using your powerful Dragon Incantations. Splitting your stats like this will let you use all manner of spells and weapons, whilst staying potent in every situation.

Vigor, Mind, and Endurance are also focused heavily, so we can take a hit, use our spells more often, and wear heavier armor.

Similar to the Dragon build, the Life-Steal build is splitting stats across two damage attributes – Faith and Strength. This will allow us to use the Blasphemous Blade and deal hefty damage with incantations and in melee.

As before, we have hit caps for Vigor, and our Mind and Endurance are statted to allow us to attack, use incantations, and wear heavier armor with ease. 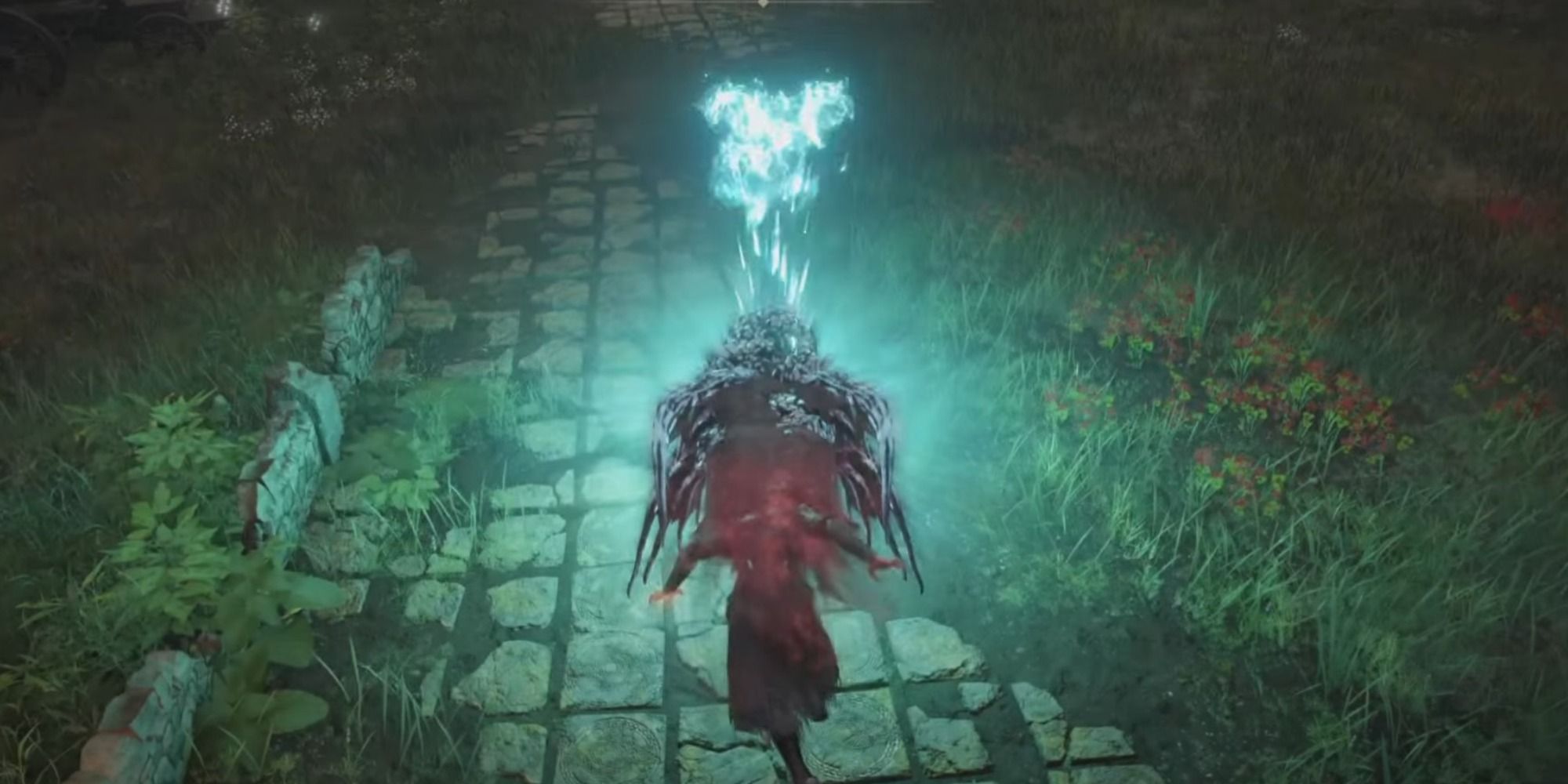 This build is a monster in all forms of combat. You can throw lightning, nuke entire continents, heal, and still hold your own in close combat. The Dragon Priest can take on any foe and effortlessly delete them from existence.

For this build, you will want to use the Dragon Communion Seal. This Seal scales off both Faith and Arcane, making it ideal for our stat-spread, as well as boosting all of our Dragon Incantations. There is no better seal in Elden Ring for this build.

For weapons, you can choose whatever you want. We’d recommend something that either scales on Arcane or Faith. Weapons such as Rivers Of Blood or the Golden Order Greatsword are great options for this.

You could also use the Sword Of Milos – even if you never use it in combat. Put this sword on your back and you will regenerate FP whenever an enemy dies. This can help mitigate the cost of your Dragon Incantations, and it stacks with the Ancestral Spirit’s Horn Talisman.

When harnessing the incredible power of the Dragon, you absolutely need to run Ekzykes’s Decay. This not only deals massive damage to enemies in a large area, but it also afflicts everything with Scarlet Rot at an alarming rate. Even bosses will fold to a concentrated blast of Ekzykes’s Decay. You can cheese many encountered by landing this and just running away for a minute or two.

Borealis Mist is our second must-take Dragon Breath Incantation. This attack deals more damage than Ekzykes’s Decay but doesn’t apply Scarlet Rot. Instead, this attack builds Frostbite, resulting in a huge burst of damage and reducing all Resistances by 20 percent.

Finally, Bestial Vitality is our utility slot. This spell will gradually heal you over time, costs very little FP, is cast very quickly, and is just an all-around great pick for sustain.

The rest of your slots can be filled with any Incantation that tickles your fancy. Consider other Dragon Breath incantations based on the scenario. Fire and Magic are far less useful than the ones we’ve picked but can do serious damage against the right enemies.

Because we are focusing so heavily on our Dragon Incantations, then the Roar Medallion, Godfrey’s Icon, and Flocks Canvass will help push our damage to higher heights. Marika’s Soreseal will help push our Arcane and Faith to 45, which is a must.

You could also consider Erdtree’s Favor, Green Turtle, and Great Jar’s Arsenal if you want to focus less on pure Incantation damage. You could also bring the Ancestral Spirit’s Horn to replenish your FP when enemies die.

You want to wear the heaviest armor you can find with the best Poise and Damage Reduction whilst maintaining a Medium Roll. Crucible Knight’s Armour is a great set that can fill this role.

You have a lot of options for your flask in this build, but the Tears that stand out are the Faith-Knot, Arcane-Knot, and Cerulean Hidden Tear. Both Knot Tears will increase your damage for three minutes by a fair chunk, whilst the Hidden Tear will allow you to cast your incredibly expensive Dragon Incantations for free. 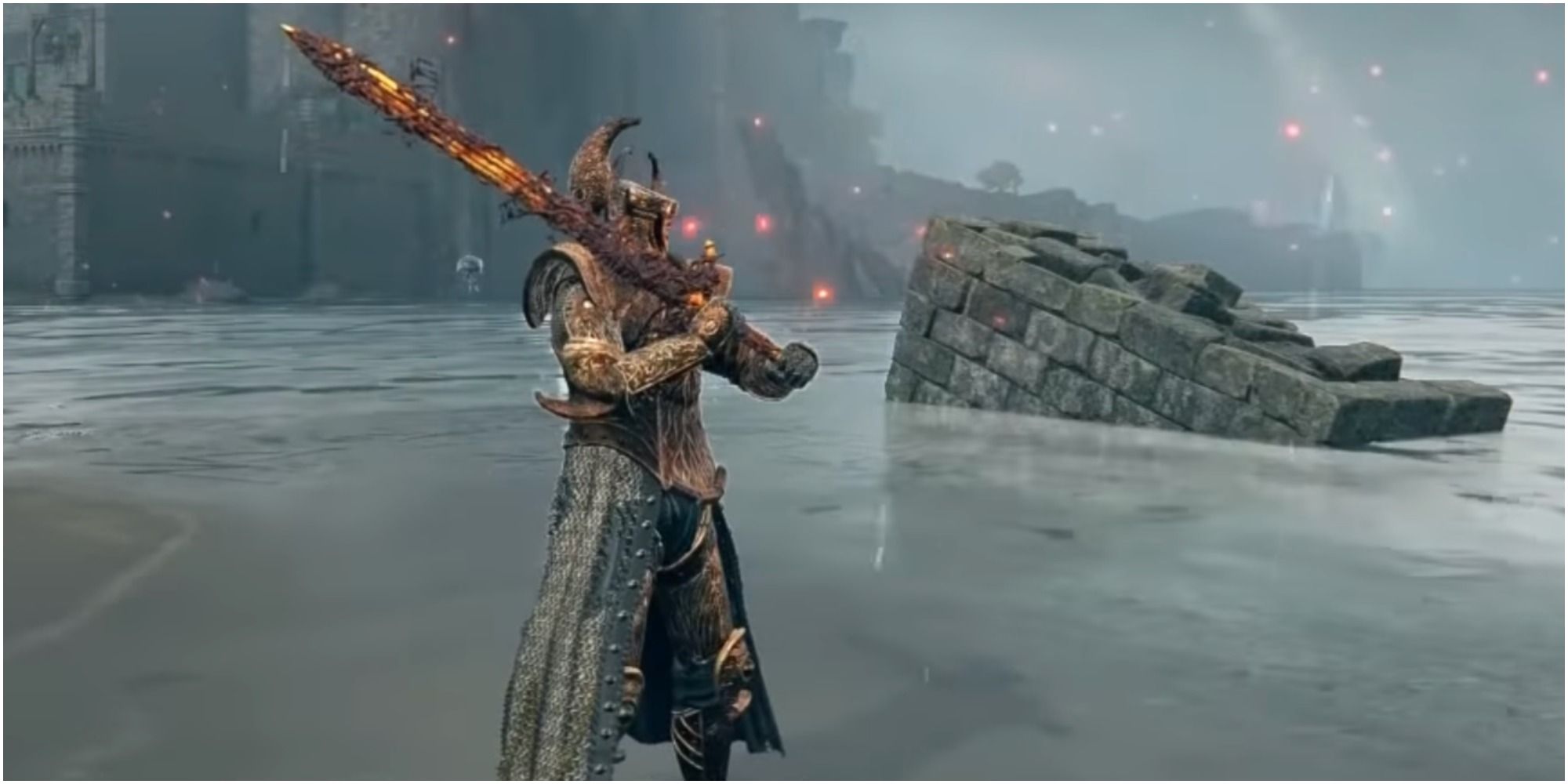 If you hate dying, then going for a Life-Steal build is the way to go. It’s so powerful it could be considered broken as the amount of HP you will be healing almost invalidates the need for Flasks. This build was broken prior to 1.03, however now the game has been patched, and this build is fully functional.

The only weapon worth considering for this build is the Blasphemous Blade. This weapon is ludicrously powerful and comes with one of the strongest Weapon Arts in the game. It deals thousands of damage, knocks enemies down, and can be spammed to win most fights. Not only that, but the Weapon Art heals you whenever it hits an enemy, and the blade itself heals you whenever anything dies.

Have this in your main hand, then equip the Blade Of Milos in your Off-Hand and plonk it on your back. This will allow you to regenerate FP as quickly as you regenerate HP. You can almost go Flaskless your sustain will be that strong.

Since this build is so heavily focused on dealing mass amounts of damage with Weapon Arts, the above Talismans are the way to go. Ancestral Spirit’s Horn regenerates FP on kill, which stacks with the Sword Of Milos. The Shard Of Alexander makes the Blasphemous Blade’s Weapon Art, Taker’s Flame, even more powerful.

The Fire Scorpion Charm will increase all your Fire damage by 15 percent, whilst the Erdtree’s Favor will boost your HP, FP, Stamina, and Equip Load, which are all key stats in any build.

You want to wear the bulkiest armor available whilst still Medium Rolling. You don’t want to die before you can life-steal, so having enough defense to tank some hits is a must.

For Tears, you want the Fire-Shrouding Tear to increase all your Fire damage for three minutes, as well as the Faith-Knot Tear to bump up your Faith for increased Fire damage. You could also slot in the Opaline Crystal Tear to increase your Resistance if you are dying too quickly.