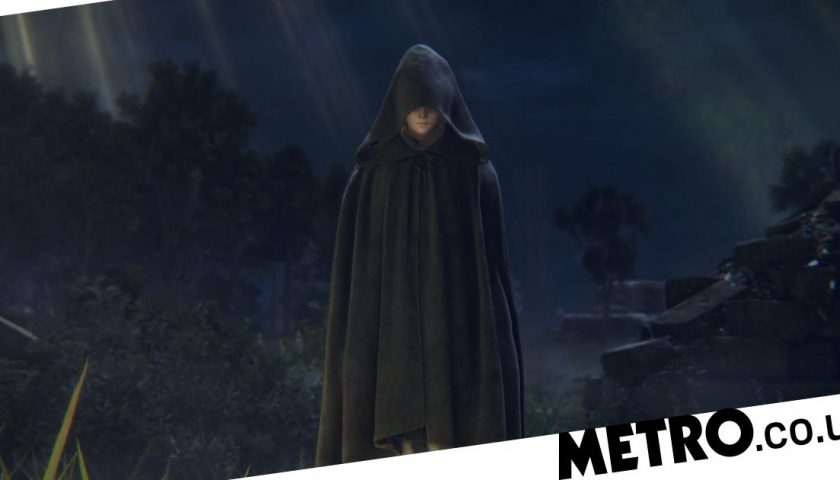 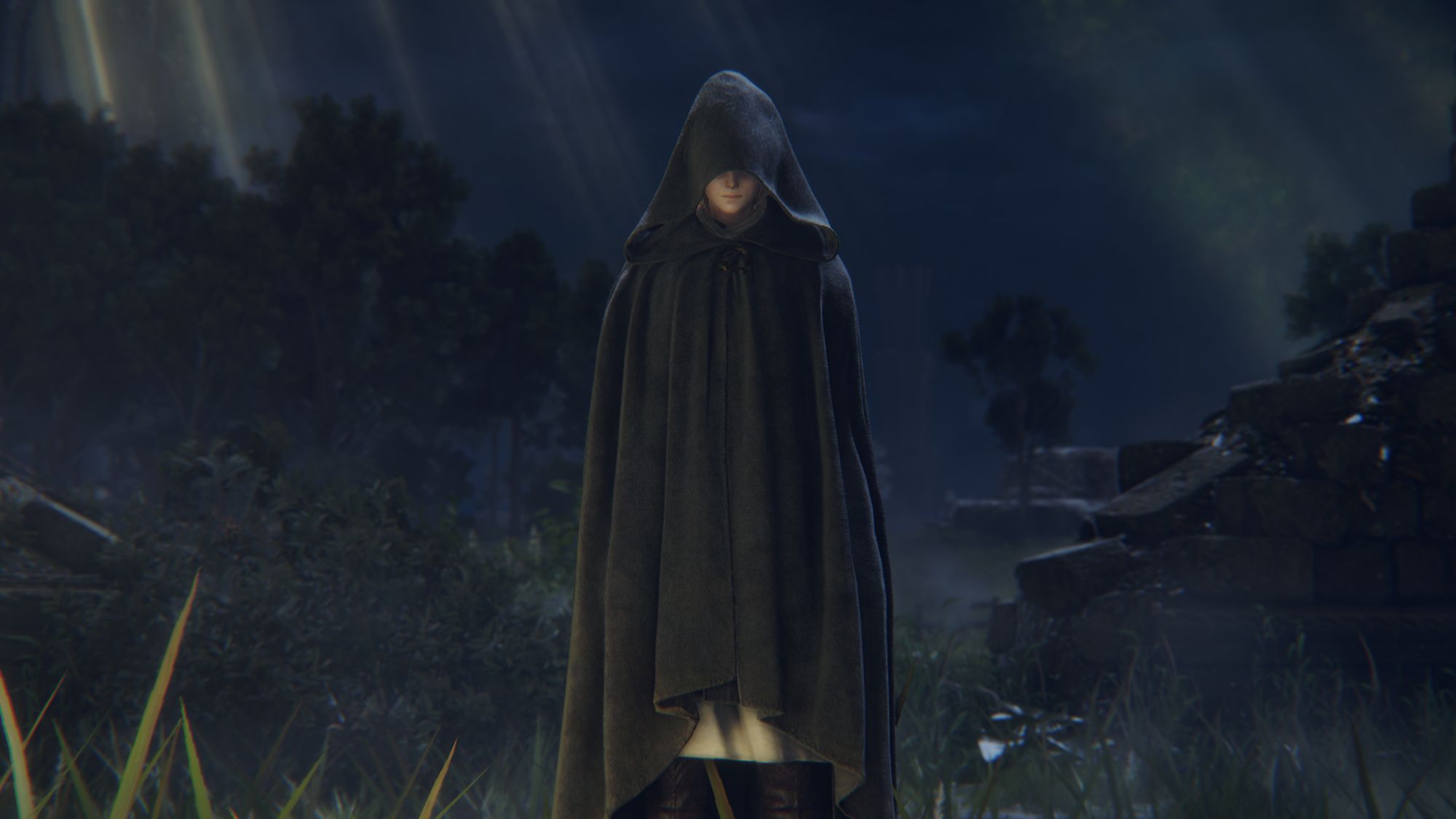 GameCentral offers a spoiler free starter guide for how to survive the opening hours of the notoriously difficult Elden Ring.

Everyone knows FromSoftware games like Dark Souls and Bloodborne are difficult and it’s true, but that doesn’t mean they’re impossible and you absolutely don’t have to be a super-skilled gamer to be able to play them. The main requirements for doing well in a From game, including Elden Ring, are patience and attention to detail. Compared to that, quick reaction times are a relatively minor consideration.

So if you haven’t played a From game before, and you don’t consider yourself a particularly good gamer, don’t worry because you can still triumph in Elden Ring. Especially as this game is notably more accessible than previous titles and not quite as punishing of failure.

Beyond the tips below there are also a couple of general points to remember, starting with the idea of playing co-op with other players. This makes a lot of areas, especially bosses, much easier – so much so that some players almost consider it cheating. To access the multiplayer options you have to use a Furlcalling Finger Remedy to reveal nearby Summon Signs, in the vicinity of a Martyr Effigy. That sounds complicated but you get the remedy quite early on and there’s a clear explanation of how it works in-game.

The other thing to remember is that other players are there to help even if they don’t join you in battle, both in terms of in-game text messages and online wikis and other communities. The most popular wiki is here and you’ll see it quickly fill up with more information now the game is out and people get to grips with it.

For instant help though make sure you read any messages you see on the ground, most of which are written by other players and can often be extremely helpful, by pointing out hidden secrets or giving advance warning of ambushes or how to beat a tough enemy. You can write your own messages too, offering your own advice, and if someone reads it and gives it a ‘Good’ rating your health will automatically refill.

The most important early decision is which character class to play as, but compared to previous From games, where picking one that’s a poor match for your playstyle could be ruinous, in Elden Ring it’s fairly easy to customise any of the classes to your preferences. That said, if you’re an absolute beginner the best choices are probably the Hero (the strongest class type), the Warrior (very good with light weapons), and the Confessor (a good all-rounder who can perform simple magic right from the start).

The most important safety tip to bear in mind for Elden Ring is to keep your guard up at all times and check those corners. Enemies will often hide just to the side of a doorway and ambush you as soon as you enter, so don’t run unless you’re certain the way ahead is clear and always keep your guard, and ideally a shield, up if you haven’t been somewhere before.

If you want to be clever you can try and initiate a guard counter by pressing R2 as soon as you’ve blocked an incoming attack, which will do extra damage. It has to be a new guard you initiate as the attack comes in though, you can’t just have your shield up the whole fight.

The most important location anywhere in Elden Ring is a Site of Grace, the equivalent of bonfires in Dark Souls. These are dotted all around the world map and allow you to fast travel between any other Site of Grace, as well as rest and restore all your health and magic potions. As you progress through the game a number of other options will open up but the most important is the ability to level up by using runes you collect from defeated enemies – which act as experience points.

The problem with Sites of Grace though is that they will cause all minor enemies to respawn if you use them, although resources will also respawn in the same places if you want to do a bit of item farming.

Sites of Grace have one other benefit though: many of them will point in the direction of an important story location. Most of the ones at the beginning of the game will do this, so if you’re not sure where to go just follow the flow of light and you’ll quickly find all the most vital items.

Following the Sites of Grace early on is important because you want to get to the one where you’ll meet the mysterious Melina. Until you do that you won’t be able to level up, plus she’ll give you a special item call the Spectral Seed Whistle that allows you to call a horse-like steed called Torrent.

You’ll quickly get used to controlling Torrent, who’s a lot of fun to ride around on, but don’t forget that he’s much better at jumping than you are and is often the only way to get up higher rock formations and even through some building windows.

Once you’ve met Melina and can level up runes will take on their full significance, as your only way to level up. Runes are primarily obtained by defeating enemies and you can see how many you’ve got in the counter in the bottom right of the screen (press the triangle/Y button to see the full HUD if it’s hidden). The problem is that, like all From games, if you die you’ll lose all your runes and can only get them back if you go to the spot where you died and retrieve them.

If you die again the runes will be lost forever, no matter how many of them there are, so the important thing to do is bank your runes as often as possible, so you never risk losing too many. The Level Up option at Sites of Grace will indicate how many you need for the next level, so if you’re close it’s worth killing a few minor enemies first, to get the full amount, before setting out for a difficult area.

We only figured this out an embarrassing number of hours into the game, but you’ll notice there are a number of skulls lying around in the game world, some of which have strangely glowing eyes. These skulls actually have runes in them and all you have to do to get them is run them over with Torrent or hit them yourself (a simple roll will do it).

You won’t get a rune as such, but a consumable item called a Golden Rune. This is something that’s stored in your inventory and you have to actively use in order to retrieve the rune inside, which is only then added to your total. This is very useful because you do not lose Golden Runes when you die, so wait until you actually want to use them and you can play without any fear of losing them if you come a cropper.

Runes are not just used as experience points but also currency, at the various travelling merchants you’ll find around the world. There’s one very near the start area, in the church to the north, and he also has a blacksmith’s anvil nearby to upgrade your weapons (using smithing stones you’ll find every now and then – although there is a proper blacksmith you’ll bump into later in the game).

Each merchant has a very different set of items for sale, many of which are unique – especially in terms of hints, weapons, and crafting recipes. Kalé, the merchant at the church, has the Crafting Kit you’ll need to craft objects so make sure that’s a priority purchase (and the torch too) as you’ll soon learn to make lots of useful items.

8. Discretion is the better part of valour

There’s no indication of what level any enemy is before you fight it but if it’s a lot bigger and uglier than you then that’s a good sign that they’re too much for you to handle in the opening hours of the game. You can still fight them, but you’ll notice you do hardly any damage and it all seems terribly unfair.

That’s perfectly normal though and just a sign that you should come back later when you’re levelled up, and maybe have a new weapon. The whole game is structured so that when you get to an enemy you’re not strong enough to fight you can just go off exploring in the open world to get more runes and do some levelling up and/or shopping.

Alternatively, it is possible to sneak past a lot of enemies, as Elden Ring has more emphasis on stealth than Dark Souls. It’s no more complicated than crouching (press L3) and hiding in bushes but you’ll find there are also a small number of items and magic spells that can help further. In the beginning though just hiding and moving slowly is enough to get past most enemies, especially at night.

9. Get into the spirit

Although magic can be tricky for most classes to use at first the one thing that comes in handy for everyone is Spirit Ashes. These are ghosts of various people and creatures that can be summoned by using a sizeable chunk of your magic points (technically it’s FP – Focus Points, but it’s the same concept). You can’t use them in every location, only when you’re near a Rebirth Monument, which is indicated by a white icon on the left-hand side of the screen.

Spirits can also only be used once per battle, no matter how many magic points you have, but other than that they can be super useful, both for causing damage and distracting enemies. Mini-bosses in particular will often prioritise spirits over you, which can be super handy. Plus, the wolf one you get first is surprisingly powerful. Just make sure you activate it right at the start of a battle, as the summoning animation leaves you vulnerable and it takes quite a few seconds to complete.

Another thing that Elden Ring does to help players, that previous From games did not, is that it has a map. It works similarly to Zelda: Breath Of The Wild, in that you can place your own beacons on it that then show up in both the compass and as vertical blue lights shining down from the heavens.

You can also place a range of markers on the map, which also show up in the compass when you’re nearby, and this is particularly useful for reminding yourself where merchants are and where bosses are that you need to come back for later when you’re stronger.

If you study the map, you’ll also see it gives little visual clues as to where secret areas like caves, graveyards, and important buildings are. If anything looks out of the ordinary on the map it’ll almost certainly be worth investigating. A lot of the game world is blanked out at first but look carefully and you’ll see little obelisks marked down even in the unexplored areas, which indicate where you can pick up a free map for that section.