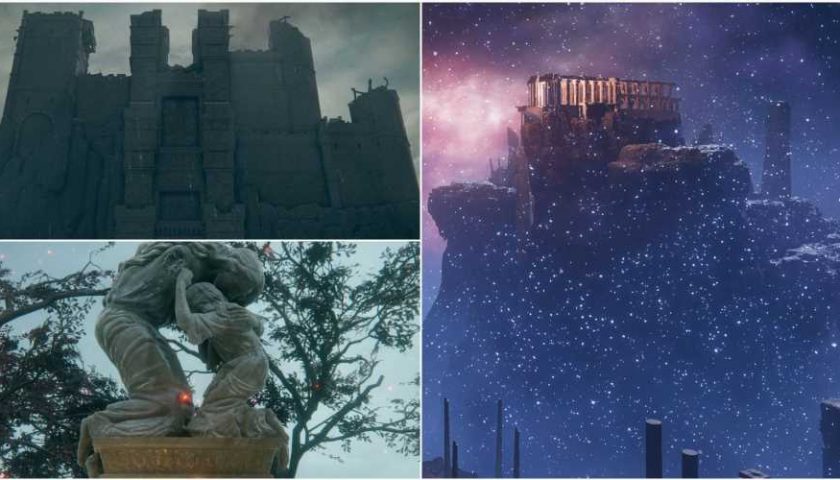 Elden Ring's expansive world offers a metric ton of things to see and do while also providing the level of quality and challenge expected in FromSoftware titles. However, there are moments when a boss encounter might not be nearly as difficult as you anticipated or vice versa, making each moment feel unexpected.

Even if some boss encounters are inconsistent when it comes to testing your limits, the area encompassing them are typically consistently well designed and will offer the difficulty you're looking for when traversing a FromSoftware game. For the most part, the bright fog door at the end of the dungeon led to a rewarding boss fight, but some left us wanting more. 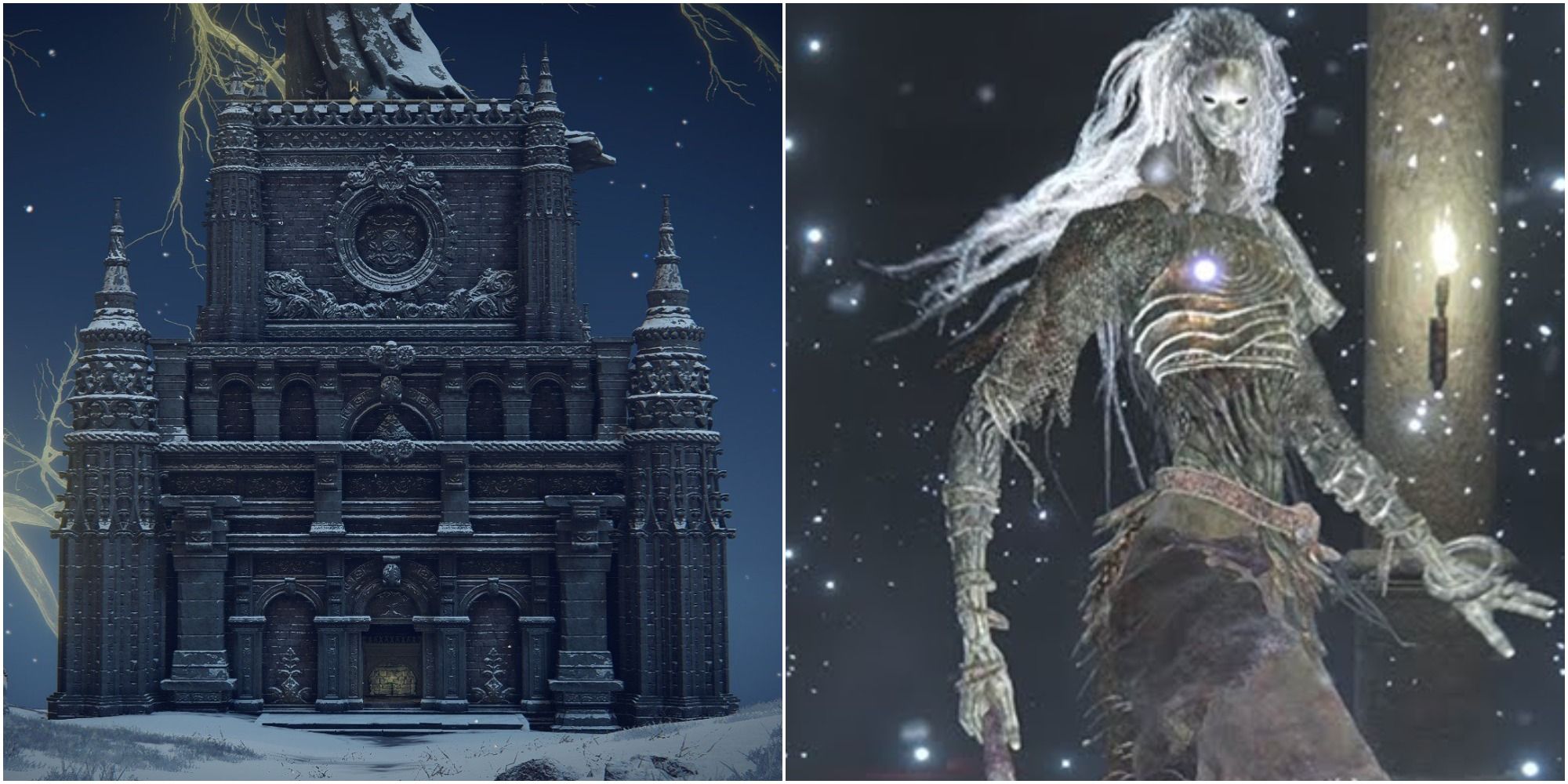 The Giant-Conquering Hero's Grave is a dungeon found in the southwest portion of Mountaintops of the Giants and houses many traps, gimmicks, and annoying enemies. The vast majority of enemies in this dungeon can only get killed via kiting them into illuminated seals found on the ground.

However, as annoying as this place is to navigate, the boss waiting for you at the end of it is a total pushover and one you likely fought multiple times already. The Ancient Hero of Zamor is the boss found in Giant-Conquering Hero's Grave and poses no threat to your Tarnished character. 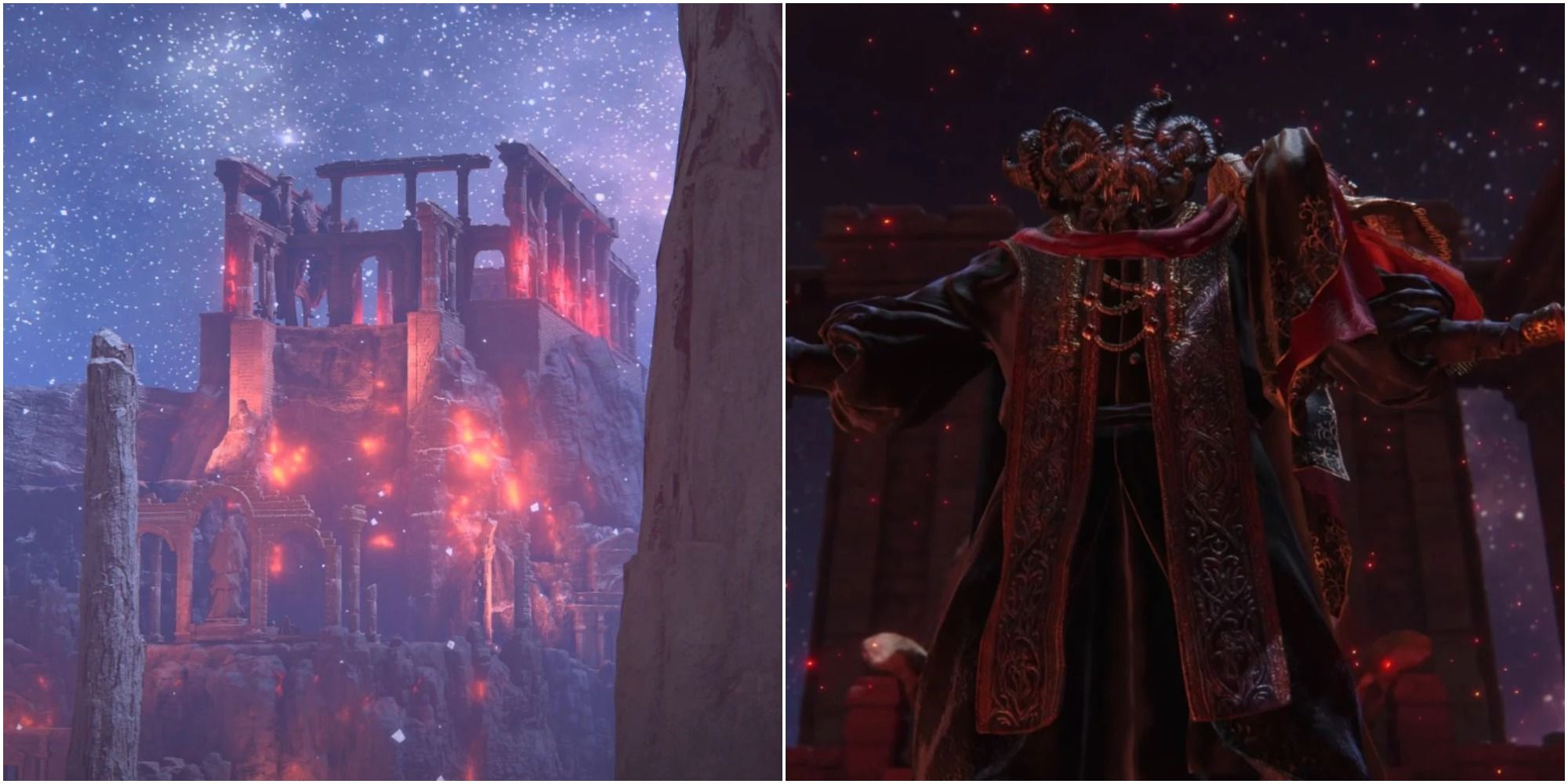 Reaching Mohgwyn Palace is no easy feat, and the lore and build-up surrounding Mohg, Lord of Blood, sets you up perfectly for disappointment. In the grand scheme of things, Mohg is an awesome and exciting encounter with many devious tricks. Still, we feel that the Purifying Crystal Tear eliminates his most damaging attack, resulting in a one-sided bout.

The sea of Albinaurics you need to fight through with the occasional Sanguine Noble waiting in the shadows makes the pathway to Mohg frustrating. Not to mention you either have to carry out White-Faced Varré's questline to a certain extent or find a teleporter in the Consecrated Snowfields before stepping anywhere near the palace. Everything leading up to the Mohg, Lord of Blood encounter is sinister in nature, and we wish the fight itself carried the same weight. 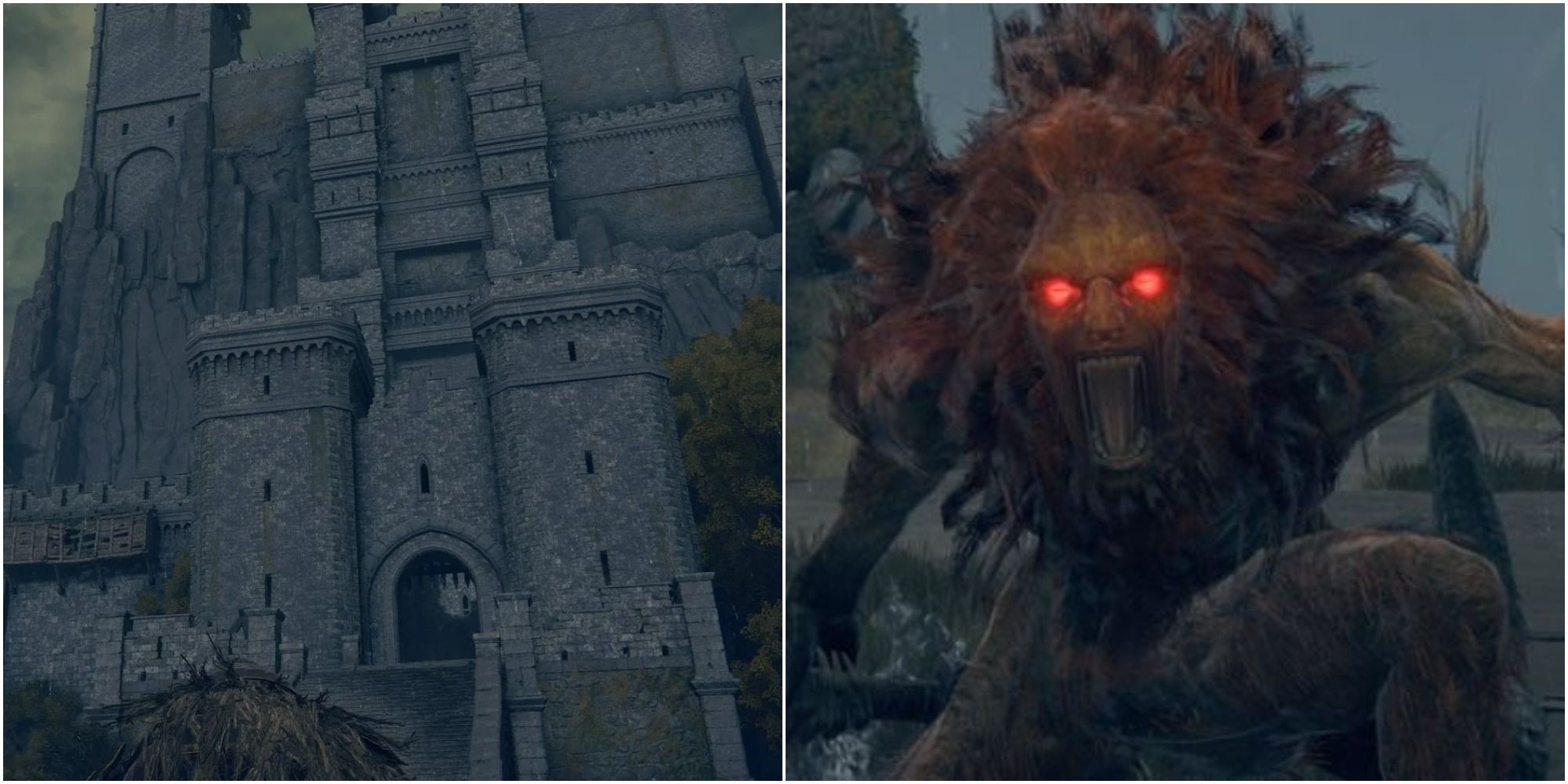 Depending on when you first visited Castle Morne will determine its difficulty for you, but we assume many of you stumbled into this area pretty early on in the game. If so, then we also predict that Castle Morne served a noticeable difficulty spike compared to most other early game regions, making you salivate at the sight of the boss door.

Unfortunately, the Leonine Misbegotten boss at Castle Morne is a disappointing one that does the castle, difficulty spike, and atmosphere a great disservice. While the weapon he drops is rather cool, it's not enough to make up for how effortless it is to body this boss. 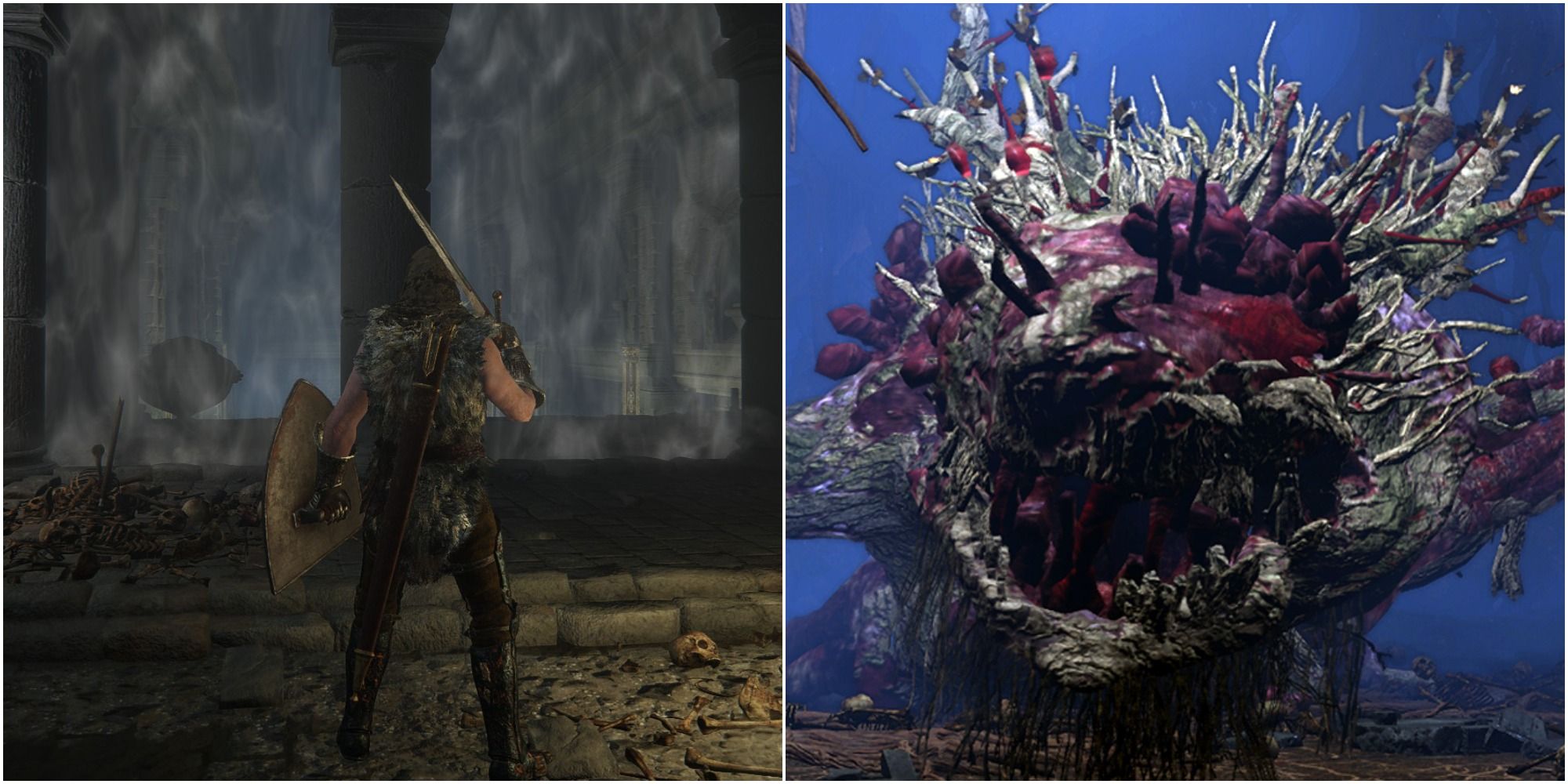 Fringefolk Hero's Grave is more or less the starting area in Elden Ring -outside of the scripted death region- and has a blocked-off room that requires a Stonesword Key. This is likely where you will encounter your first Chariot in Elden Ring and immediately regret your decision to dissipate the fog gate.

Learning the timing of the Chariot, only for it to change its pattern whenever you get to a new "safe spot," is infuriating and absolutely evil. Slowly inching your way through this place, fighting off skeletons and Grafted Scions isn't fun in the slightest, which is why they probably went easy on us by making an Ulcerated Tree Spirit Fringefolk Hero's Grave's boss. Is it the worst boss? Of course not. But it simply lacks the punch the entire area packs leading up to it. 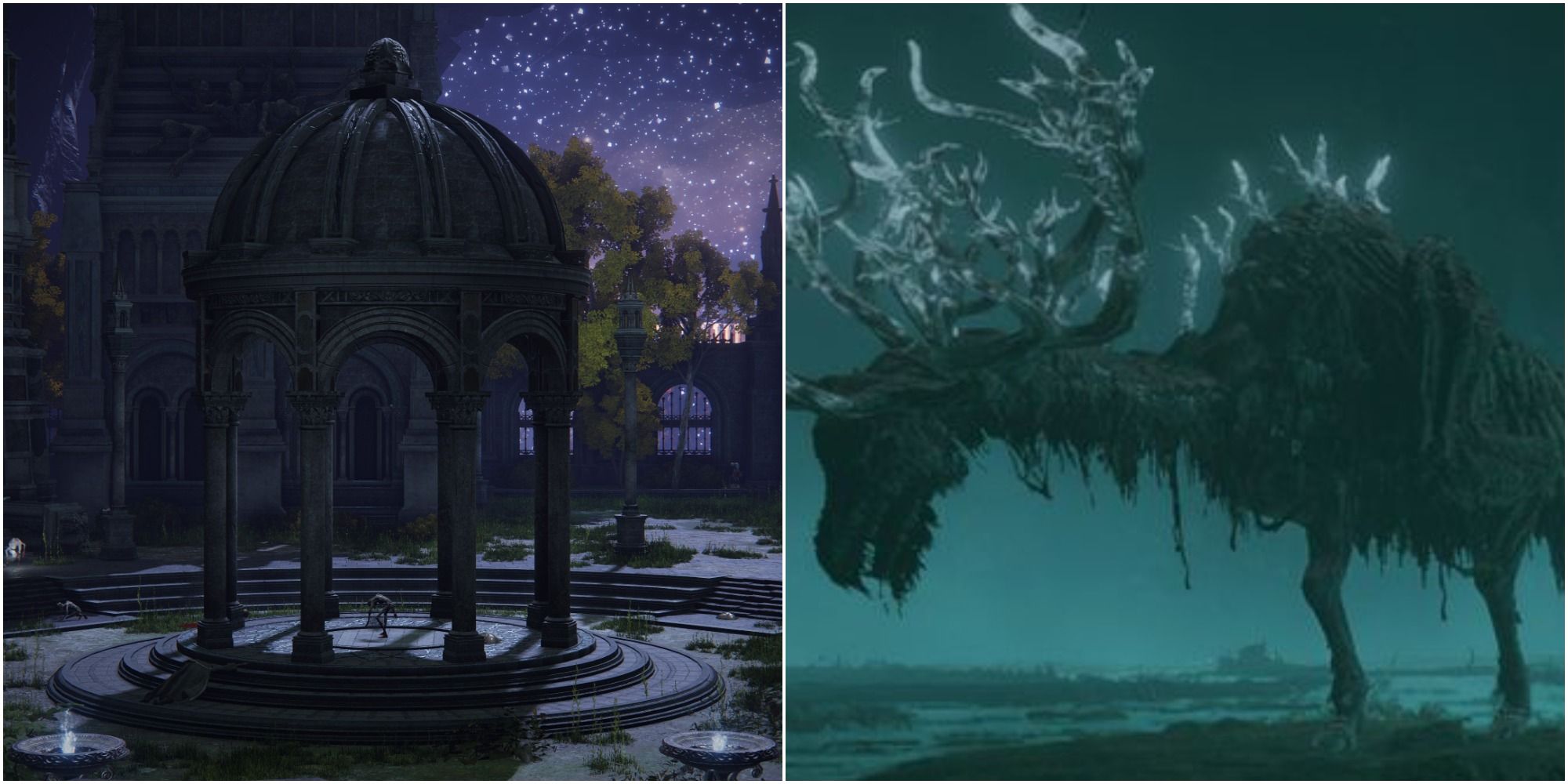 We can all agree that Nokron, Eternal City is beyond stunning in practically every way, but the enemies in this region are relentless and will surely make your blood boil. The objective in this area is simple, light six braziers in the area and head to the Hollowhorn Grounds to fight the beautiful deer boss. But, what they don't tell you is there are thousands of Ancestral Followers, a smaller version of the Red Wolf of Radagon, and many more threats waiting to take you down within a blink of an eye.

You would think that with all of the hoops you have to jump through to reach the boss, it will be this unrelenting, white-knuckled battle that will have you swear never to touch the game again. Instead, we get one of the most beautiful boss encounters in the game, and we aren't even mad. The music, atmosphere, and the Regal Ancestor Spirit are genuinely a sight and experience to behold. Sure, the fight is easy and doesn't match the hell you had to go through to reach it, but it's a remarkable fight in every other way. 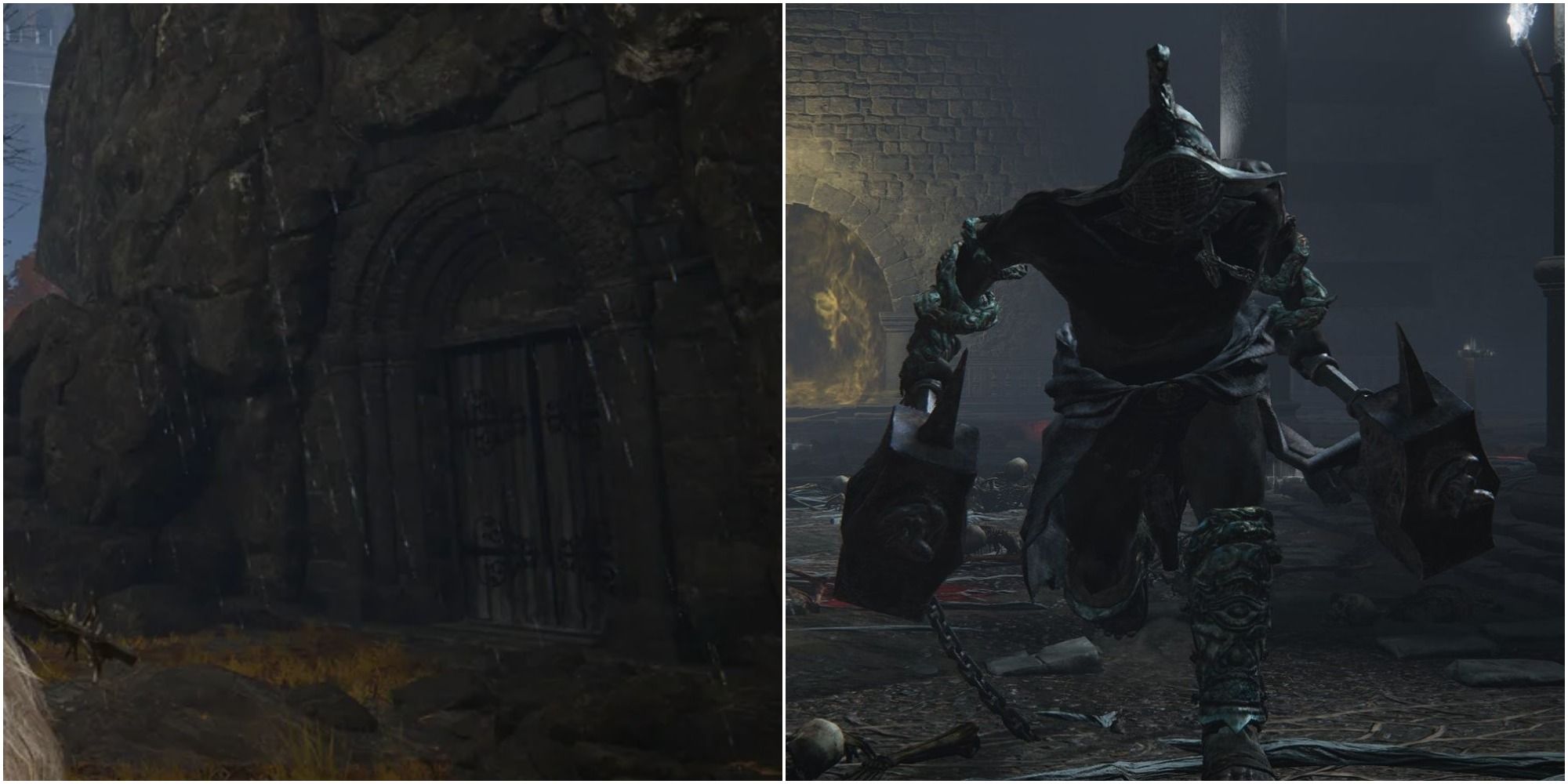 Auriza Side Tomb is found in the far east of the Capital Outskirts and is a clever dungeon that requires you to be quite beefy as it takes place in a late-game region. In terms of enemy placement and variety, they will give you a run for your money but aren't the main twist and challenge of the tomb.

To progress further and further through the Auriza Side Tomb, you must open chests scattered throughout the tomb, which will then teleport you to a random area of the dungeon. Some will teleport you to a location you were already at, with only a select handful actually moving you forward. This can be fun, tedious, or difficult, depending on who you ask, but having Grave Warden Duelist at the end just makes you feel like you wasted your time, honestly. 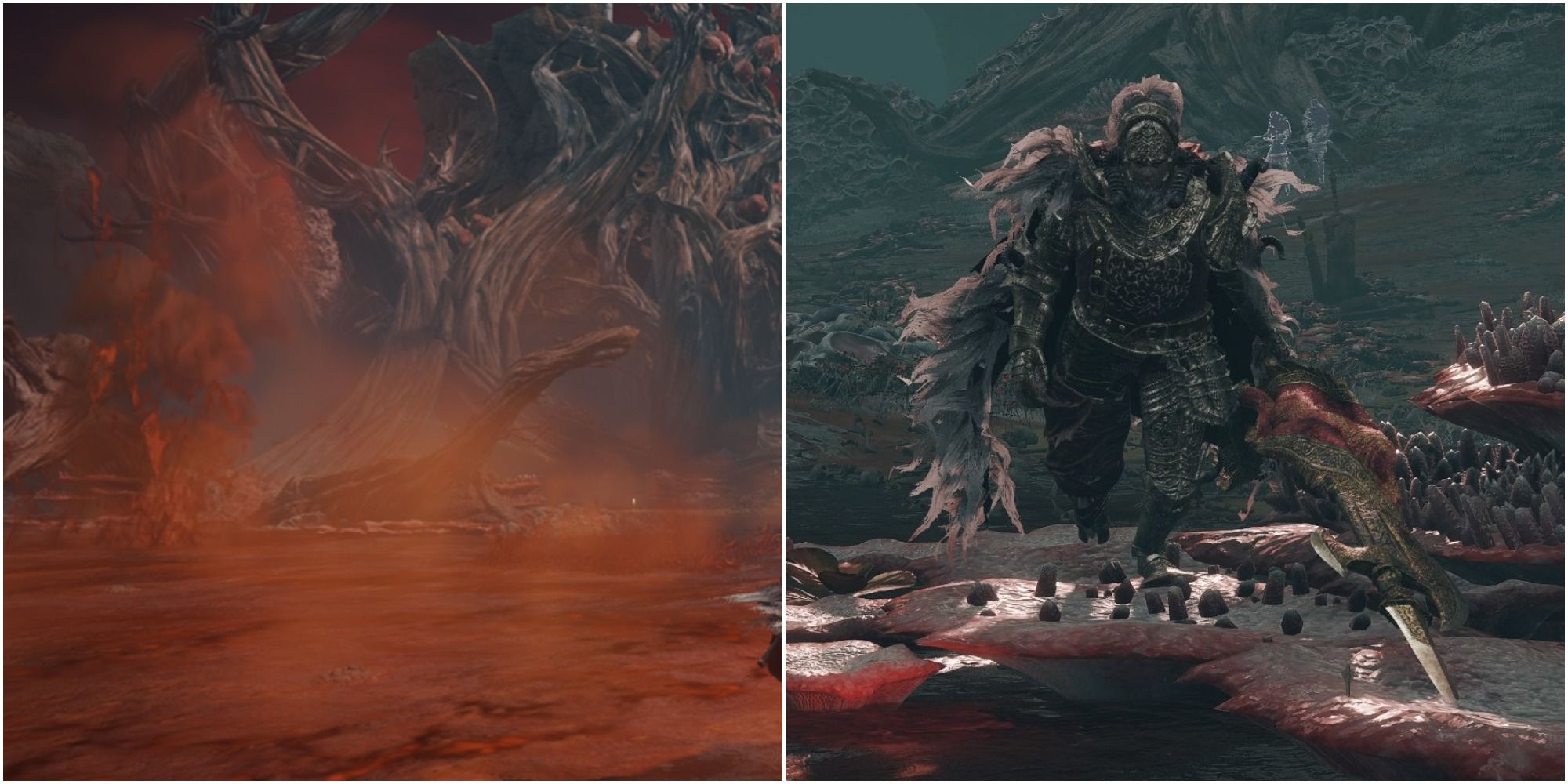 Early in your adventures, you will stumble into Caelid and then into the Swamp of Aeonia, a marsh of scarlet rot that infects anything that steps into it almost immediately. Here, you will fight Cleanrot Knights, the ever so annoying Marionette Soldiers, and will even get invaded, all while trying desperately not to get scarlet rot inflicted upon yourself. It's a nightmare.

Whether it's for Gowry and Millicent's questline, or you just happen to stumble into him when exploring the cesspool that is the Swamp of Aeonia, you will have to take on Commander O'Neil. We get that Commander O'Neil can annihilate you if you cross paths very early on. However, he's not nearly as dubious or disastrous as the unearthly sights and monsters surrounding him. 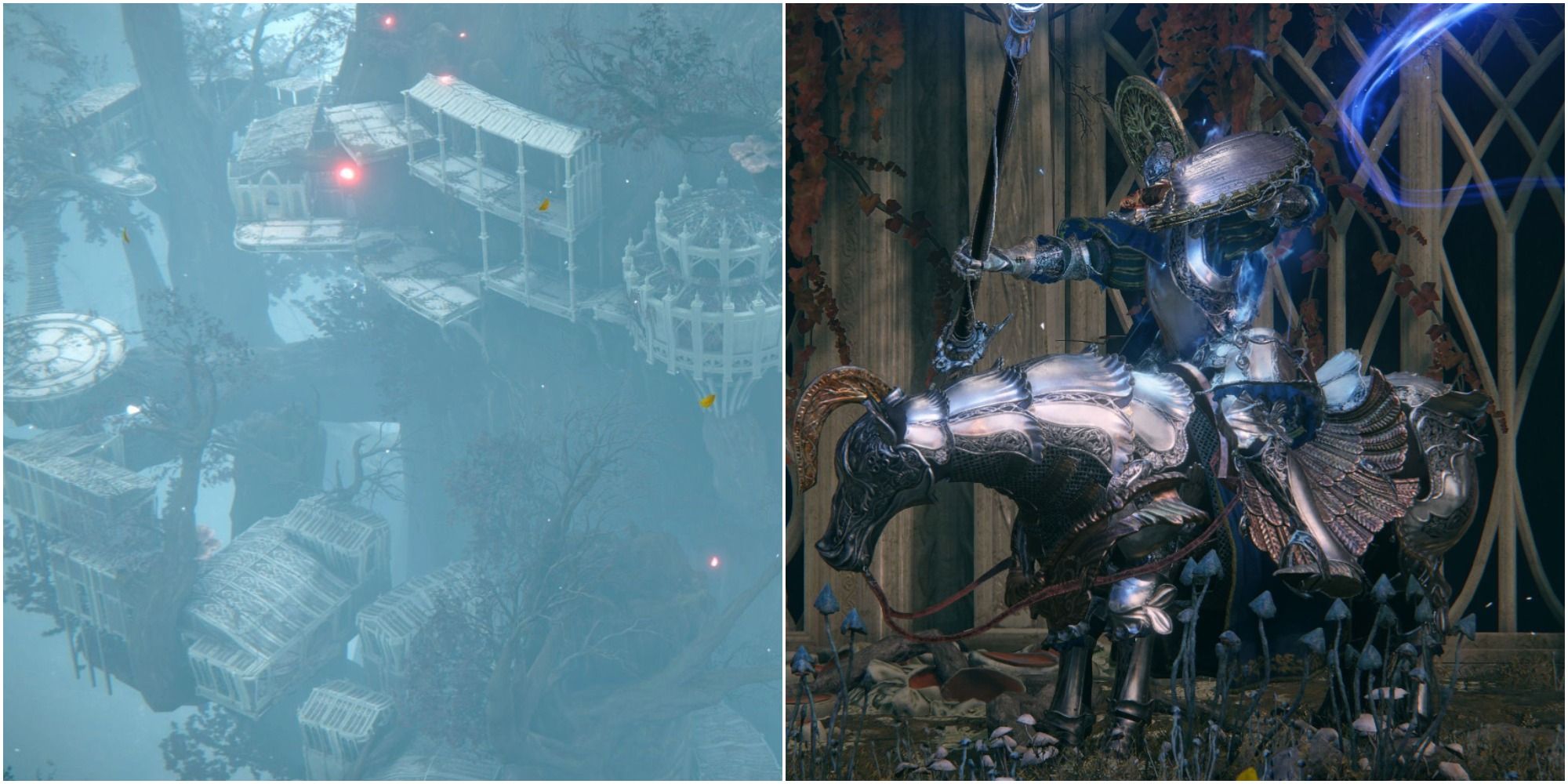 When it comes down to it, making your grand descent down Miquella's Haligtree may very well be the most tedious, enraging task in the game. Small and Large Oracle Envoys as far as the eye can see, ready to blow a barrage of bubbles at you, is peak cruelty. And this isn't even getting into the oversized ants, the random Misbegotten, or Spirit-Calling Snails that want to ruin your life.

Working your way down the narrow branches of the Haligtree, only to get pushed off by a bubble, is something genuinely hilarious and infuriating at the same time. Fortunately, whenever you make it all the way down the tree, Loretta, Knight of the Haligtree, awaits you. This encounter isn't bad, but it's not grueling or unfair. She's certainly not even in the same league as everything before them. Though, what lies beyond them is a whole other nightmare on its own.