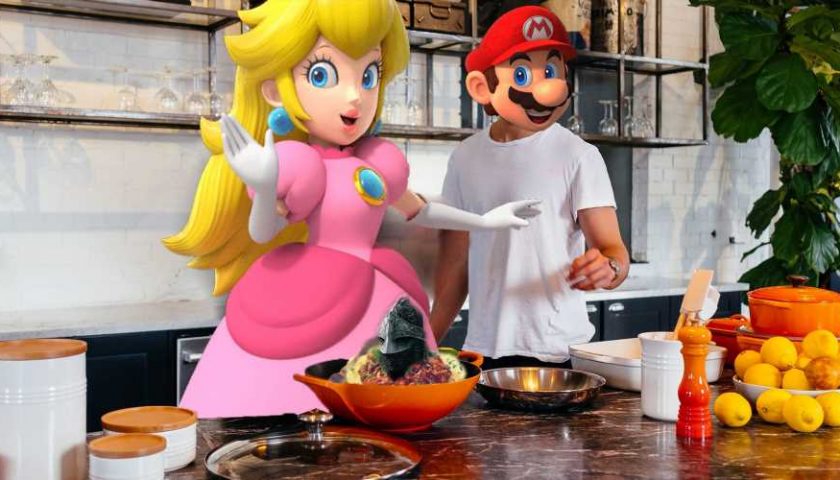 The Tarnished did an awful lot in Elden Ring. They put down mindless thralls, abominable grafted, Gods, and even a flowery empyrean who keeps on claiming she has never lost a fight, despite all evidence pointing to the contrary. Needless to say, they are quite powerful.

The thing is, the extended gaming universe is a big place, filled with equally mighty characters. Heck, some characters make The Tarnished and their achievements look trivial. These are just a few of the legendary fighters who could give The Tarnished a run for their money. 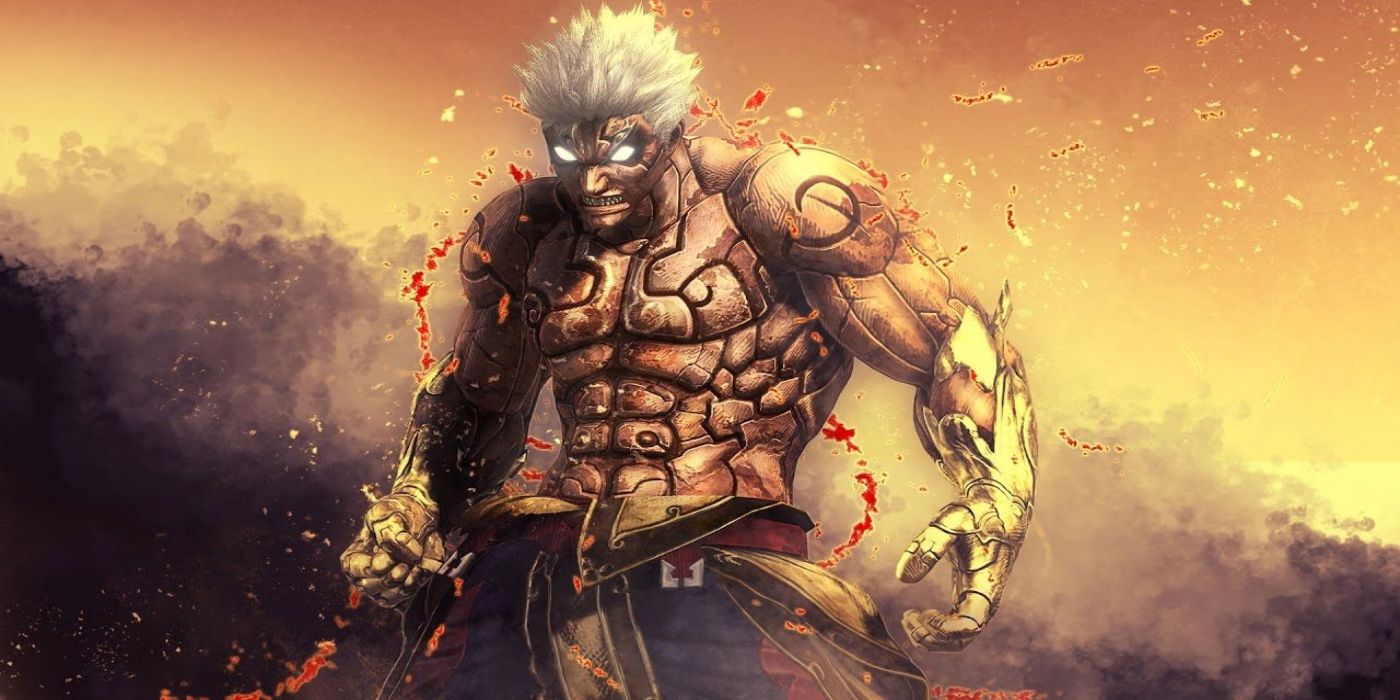 Asura is easily one of the most powerful characters to have ever been conceived. In his only video game appearance, this guy used nothing but his pure, unfiltered rage to destroy just about everything in his path – and we mean everything. People? Dead. Countries? Dust. Planets? Gone. Gods? Vaporized.

The Tarnished may be strong, but when Asura can effortlessly destroy the planet they are standing on, well, that’s an instant dub for the mad man. But what if The Tarnished got a sneak attack in when Asura wasn’t looking? We are pretty sure Asura wouldn’t even notice. This is a guy who has been impaled on a planet and barely noticed.

6 The Champion – Amid Evil 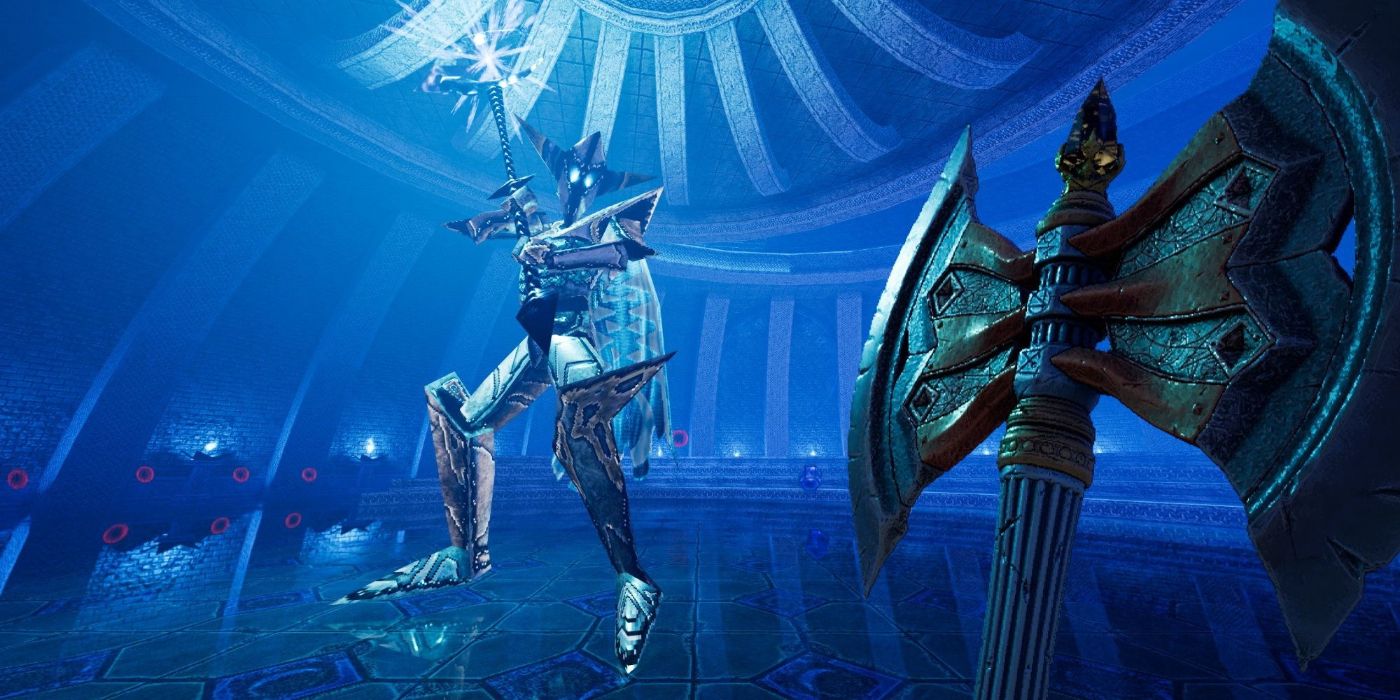 We could have put countless FPS protagonists here. BJ from Wolfenstein, Ranger from Quake, or Doomguy from, well, DOOM. The thing is, that would be unfair. These guys use guns, and just popping a cap in The Tarnished doesn’t seem very sporting. The Champion from Amid Evil is much fairer…kind of.

The Champion has access to myriad mythical items that harness the power of the elements to rend his foes asunder. Best-case scenario? The Tarnished is ripped apart by The Champion’s axe. Worst case? He is instantly turned into water and drowns on his own face. That’s not even mentioning the creatures he has faced – such as actual Cosmic Horrors – not just the envoys of said Horrors like The Tarnished. 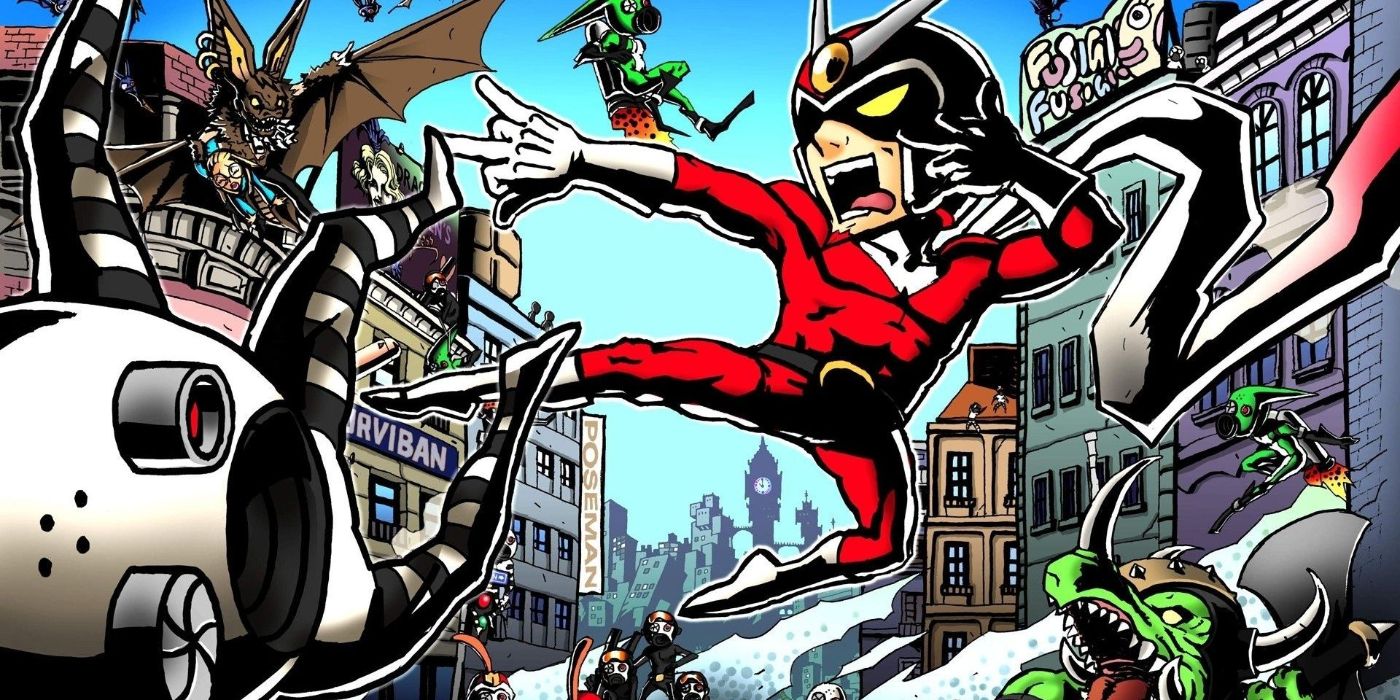 Joe from Viewtiful Joe would clap The Tarnished in an instant, and look damn fine doing it. Joe has all kinds of powers that make him practically invincible. He can slow down time, allowing him to dodge any attacks with ease. He can speed up time to rapidly slaughter anything in his path. He even has a giant robot he can summon to simply flatten The Tarnished.

We mentioned Joe is practically invincible. This is not correct. Joe is functionally invincible thanks to his special technique, Ukemi. The Tarnished can wail on Joe all they want, but Joe will Ukemi his way through everything thrown at him, and end The Tarnished with a spicy Red Hot One Hundred punch. Henshin a Go-Go Baby! 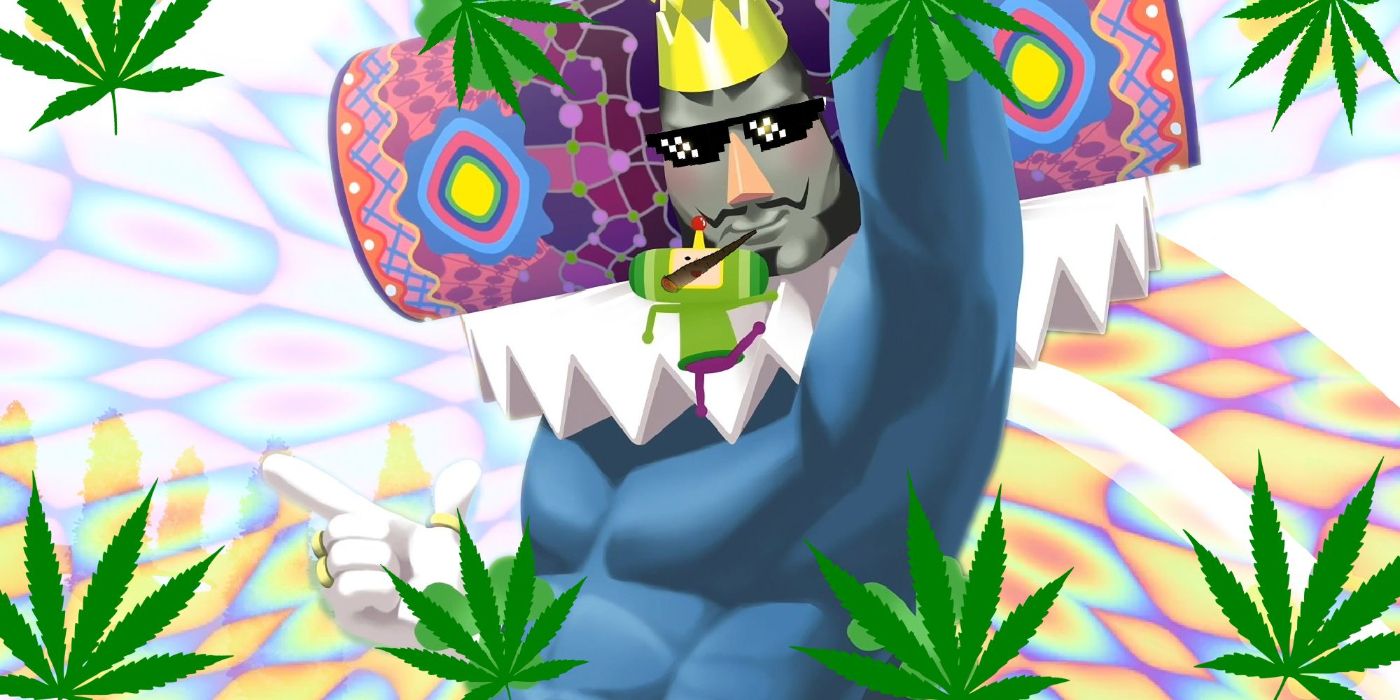 We are getting into some spicy warriors now. The Prince could effortlessly topple The Tarnished. It wouldn’t even be fair. It would be brutal. It would be painful to watch. What does the Prince do? He rolls things up into a ball and turns those balls into planets. Once you are stuck to his ball, chances are, you aren’t getting off. It’s game over for you buddy.

The Prince at full power is capable of rolling up entire galaxies. What does The Tarnished do against a threat so incomprehensible, that he is reduced to nothing as his galaxy collides with countless other galaxies? Nothing. They do nothing. You don’t mess with The Prince. 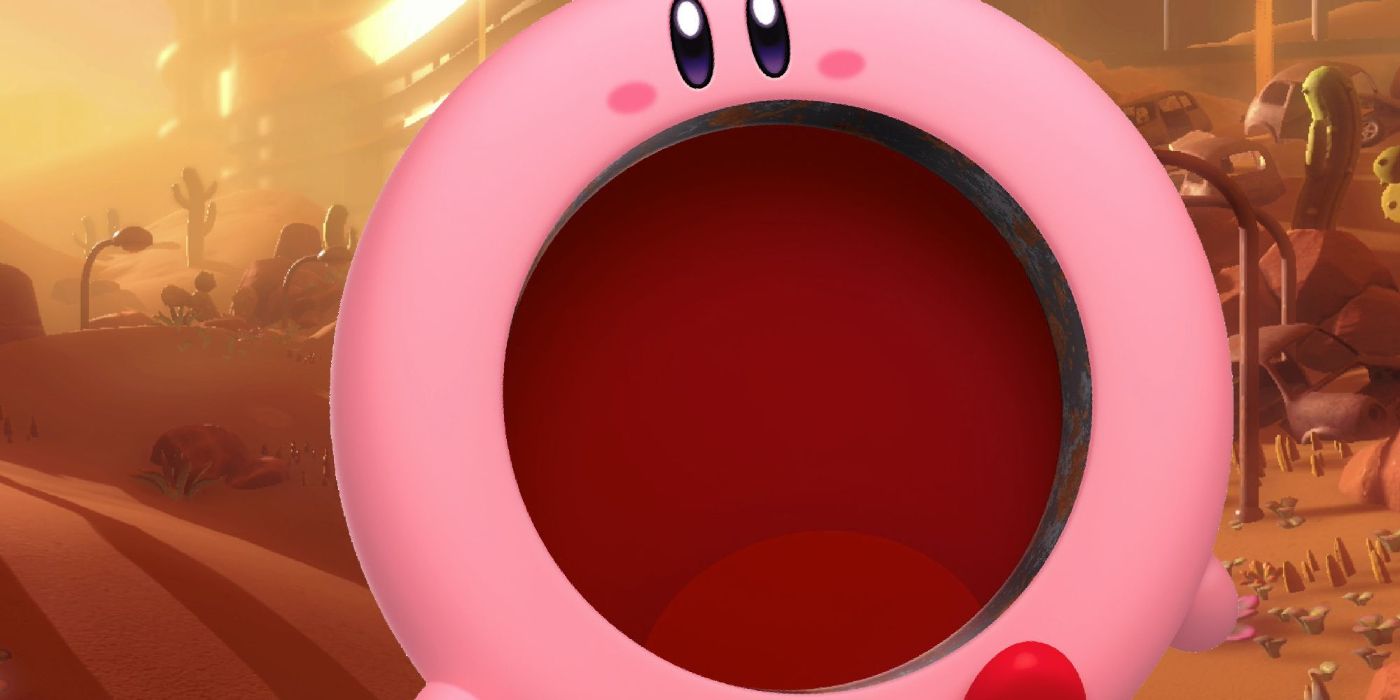 Kirby is a beast when it comes to duking it out with just about anyone. For a moment, let’s just consider that Kirby has fought, since conception, in Super Smash Brothers. This pink puffball has gone toe-to-toe with some of the mightiest warriors gaming has ever produced – and won. In the latest game, when everyone else died, who survived? Kirby.

All of that aside, Kirby is, according to canon, infinitely powerful. That alone ends this fight right then and there. But again, putting that nugget of evidence to one side, let’s look at his feats. Kirby once killed a guy so hard that it destroyed the universe. Not our universe of course, but a universe. We rest our case. 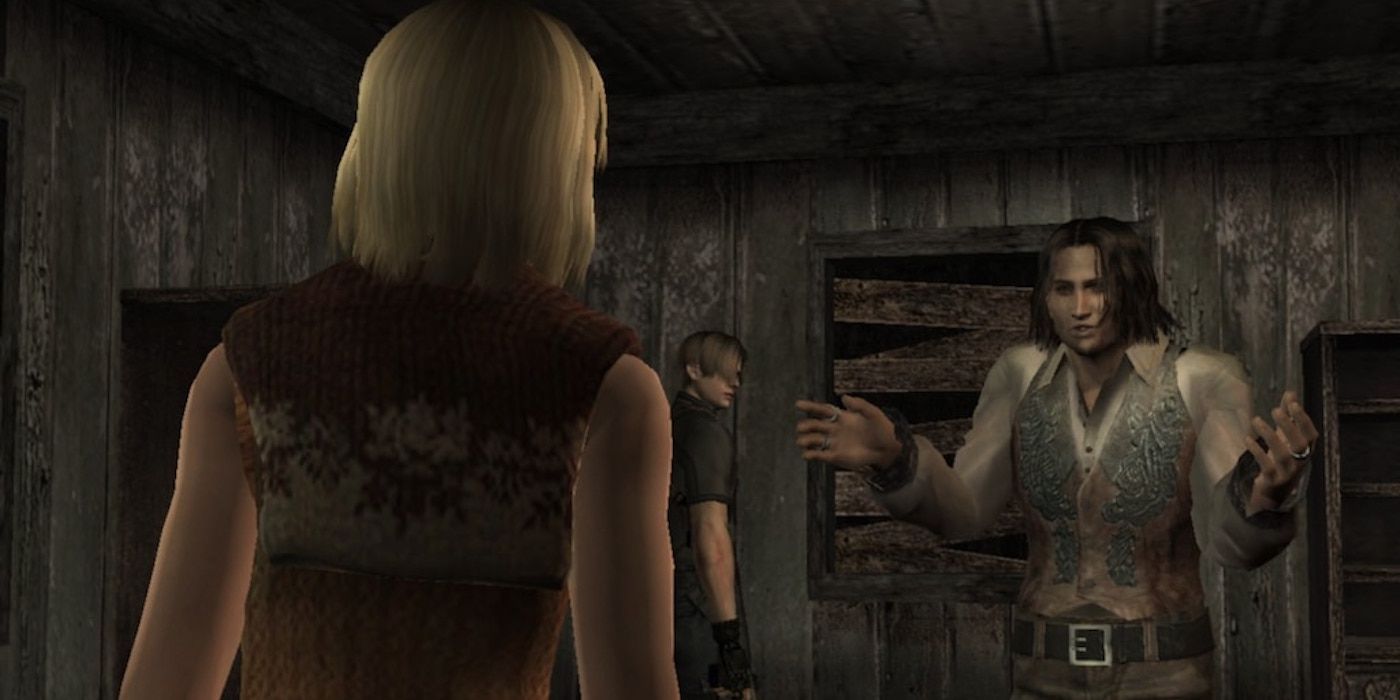 Ashley from Resident Evil 4 would be a foe so insurmountable, that no reasonable combatant would dare face her. Of course, we are talking about Ashley at full power – so she has her suit of armor equipped. This makes her invincible. If she can’t die, she can’t lose.

That doesn’t mean she can win. This is where her true strength shines, through. Ashley is so painfully annoying – so mind-numbingly irritating – that The Tarnished will, eventually, give up. He could roll off a cliff in frustration. He could sever his connection with her world. It doesn’t matter how – Ashley would win given enough time. 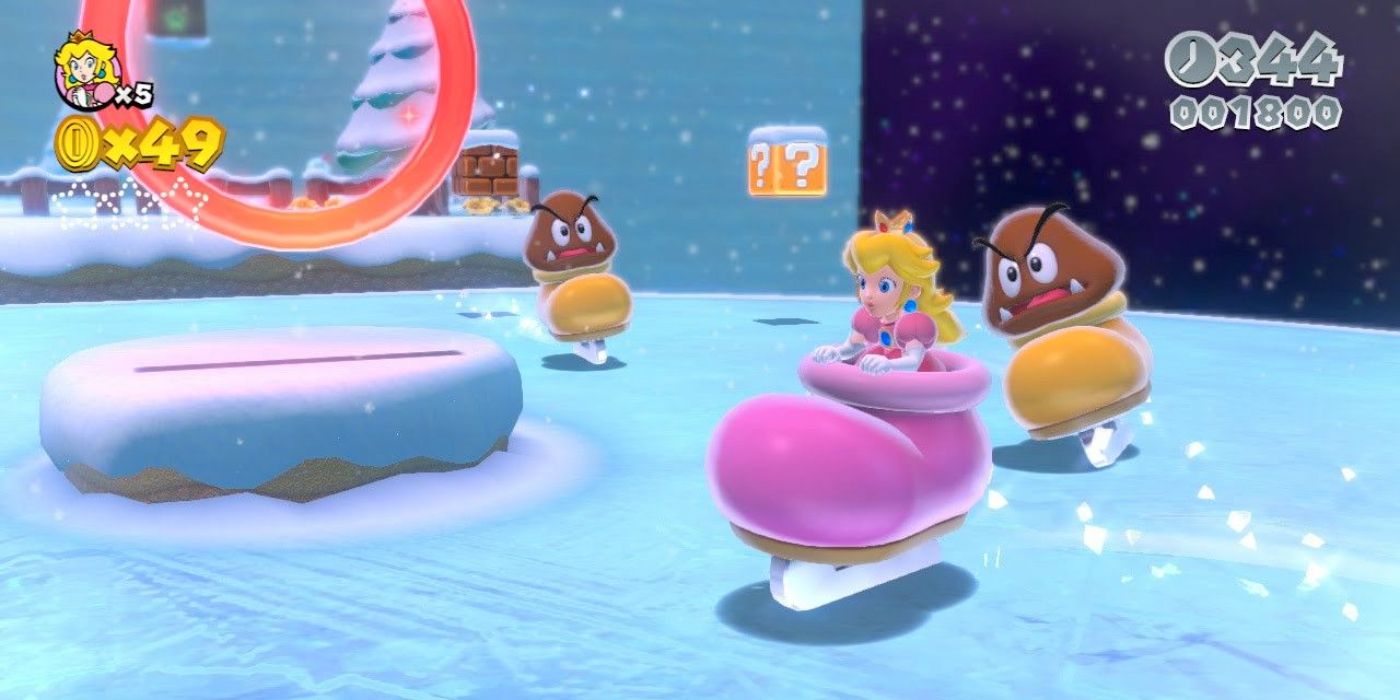 Honestly, you could put a bunch of Mario characters in this spot, and it would work. Peach, however, wins out as she is ludicrously powerful and more than capable of taking down The Tarnished. Firstly, Peach is a powerful magic user. She is one of the people who have the power to transmogrify an entire Country by sheer force of will, as mentioned in the Super Mario Brothers guide. She could theoretically turn The Tarnished into a bushel of basil, and use them to garnish her bolognese.

Not only that, but she can control the elements with her emotions. If Peach gets angry, she will conjure fire to scorch the earth. Not to mention, she is one of the seven Star Children. The power this grants her is vast. If all seven Stars were to be combined, they would grant the bearer infinite power. Peach has one-seventh of that infinite power, which, according to maths, is still infinite.