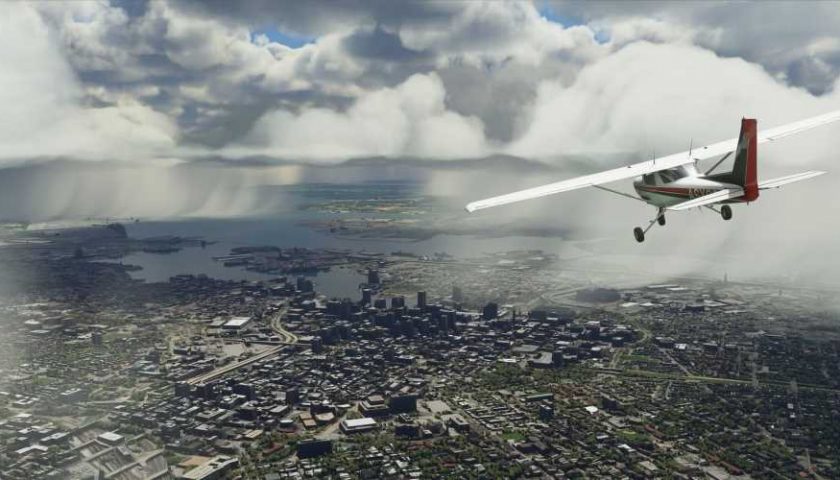 Players are now able to enjoy all four of the earliest entries in the Microsoft Flight Simulator franchise within the latest version of the game, released back in 2020. This comes courtesy of a remarkable Easter Egg in the latest update.

When activating the Emergency Locator Transmitter on the front console of the Diamond DA62, players will be presented with fully playable versions of Microsoft Flight Simulator 1982, 1984, 1988, and 1989 on the Primary Flight Display. The various versions can be switched with a button at the top of the screen.

Asobo Studio previously released a bunch of downloadable content for Microsoft Flight SImulator in the form of the popular expansion pack known as Maverick, put out for free along with the eponymous entry in the Top Gun franchise.

The latest free update to the game is in celebration of the long running series. “Microsoft Flight Simulator has inspired and captivated aviation enthusiasts around the globe for 40 years,” Asobo Studio remarks. “Celebrate the award winning franchise with the 40th Anniversary Edition, loaded with all new features, aircraft, and content enhancements that span the history of aviation.”

The developer describes the 40th Anniversary Edition as a “free update for existing players” that is “available for Xbox Series X|S and PC with Xbox Game Pass, PC Game Pass, Windows, and Steam” as well as “Xbox One and supported devices via Xbox Cloud Gaming.”