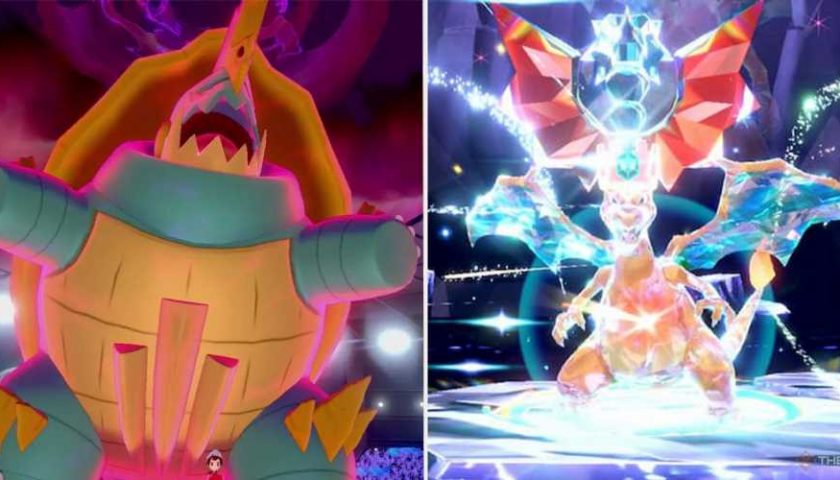 Pokemon Scarlet and Violet introduced fans to many new aspects of the Pokemon world, including Terastallization. This phenomenon changes a Pokemon’s type and replaces Dynamaxing, the Galarian technique of turning your Pokemon into a kaiju, as the newest battle mechanic and raid gimmick. Dynamax defined the competitive meta for Sword and Shield, and this new mechanic looks to do the same.

Terastallization provides a level of unpredictability and excitement for the competitive meta, but it can easily become a hindrance. Dynamaxing is great for providing defensive pressure and support, but it’s temporary and limiting. As a mechanic, Dynamax is more reliable, while Terastallization provides more opportunities for creativity. Both mechanics can be critical for turning around a close battle, but which is better? 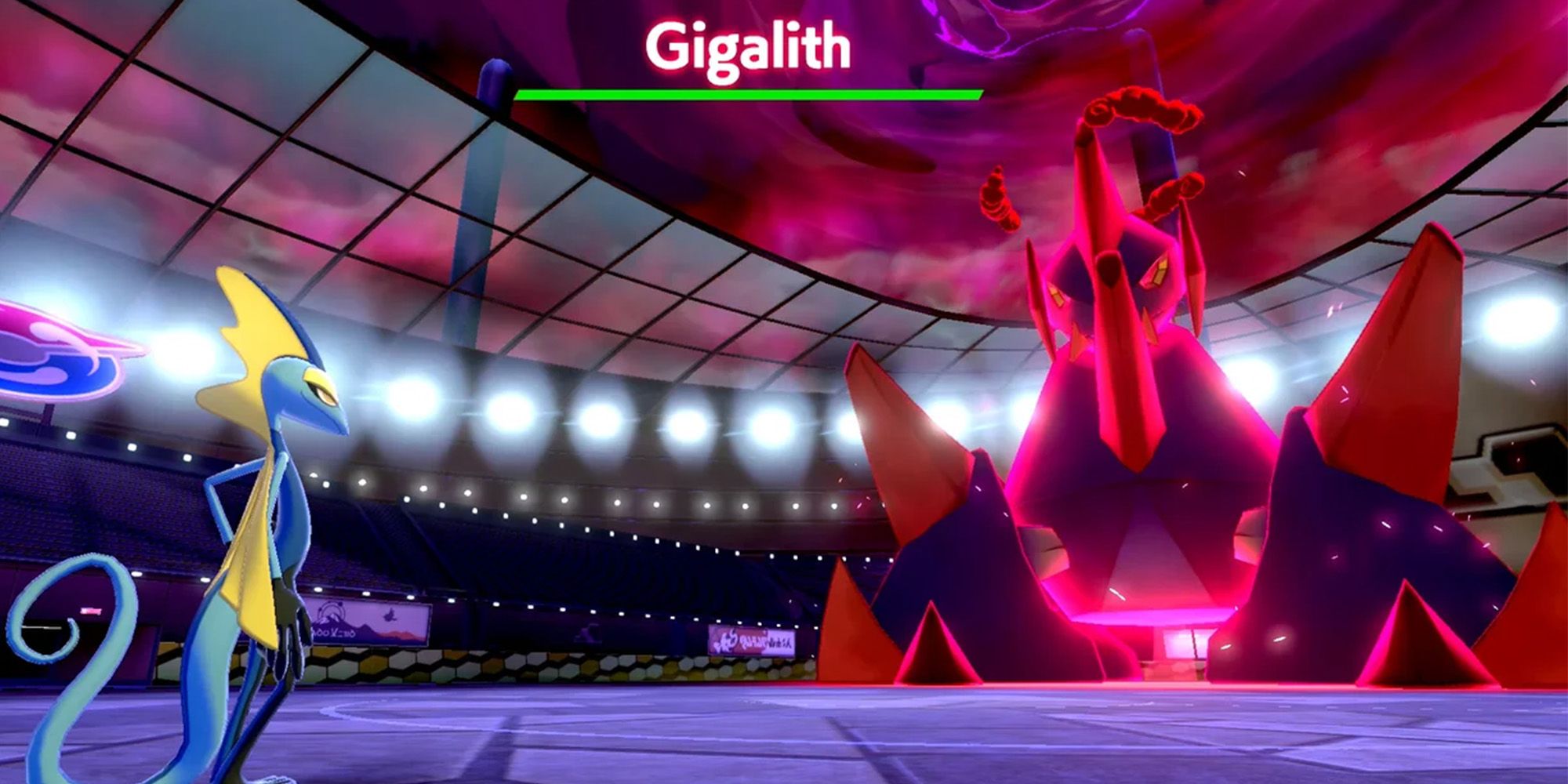 Titan-sized Pokemon have a lot to love, but their size is more than just a visual gimmick. By doubling any Pokemon’s HP, Dynamaxing outweighs Terastallization when it comes to a defensive strategy. This extra bulk can be critical in competitive match-ups and creates the chance to counter-attack with force.

The strategic advantage of Terrastalization is pretty situational, but Dynamaxing can be beneficial for any Pokemon. Since any Pokemon can Dynamax, this can provide the opportunity to turn around a three-versus-one scenario. It’s not always the size of the gimmick that counts, but in this case, it very much is. 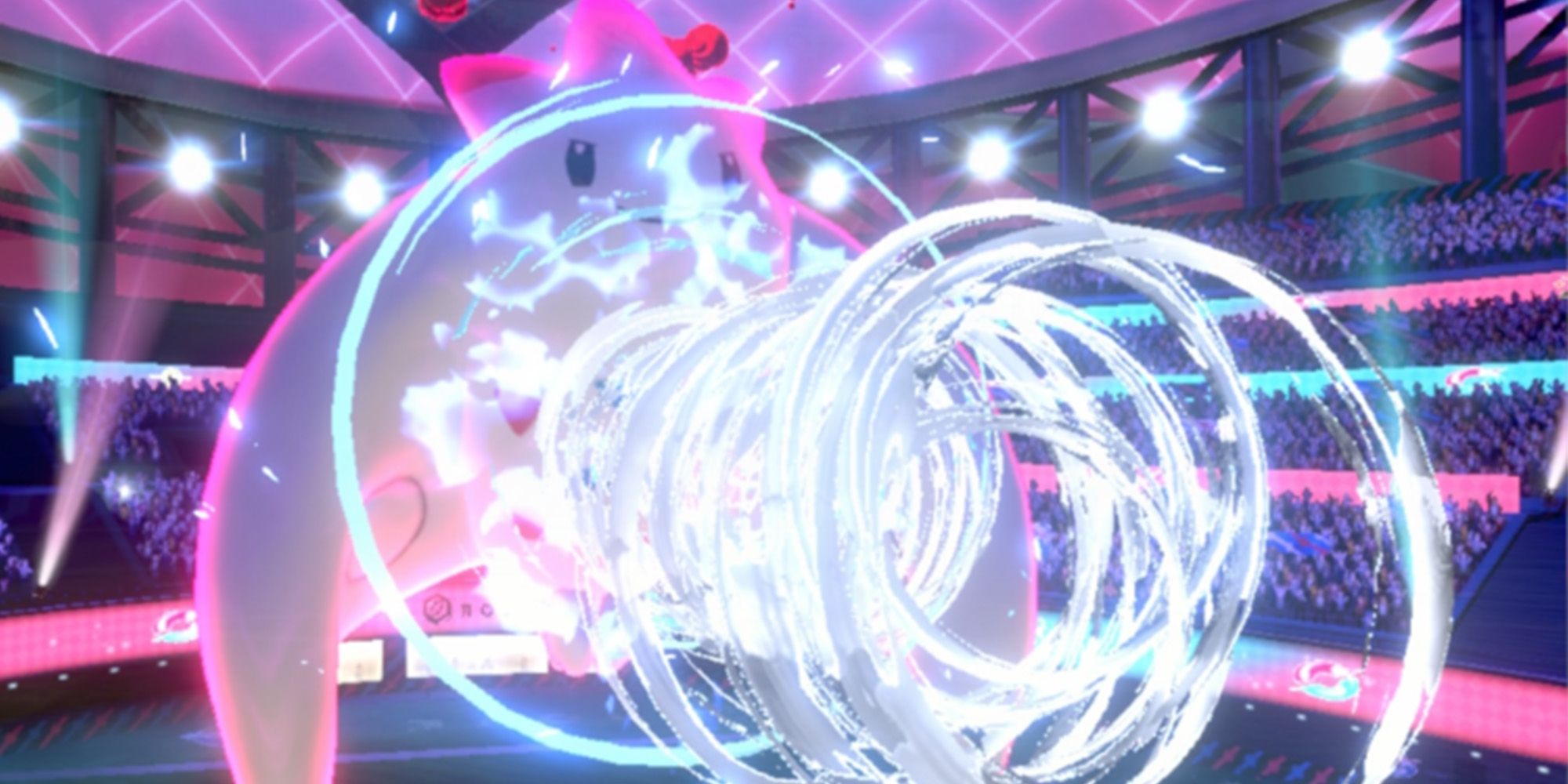 Another benefit of Dynamax is Max Moves. While most people think that Dynamaxing is simply making your Pokemon bigger, Max Moves provide a significant advantage over Terastallization. Max Moves are great for getting off huge amounts of damage, but they could also boost your partners on the field and hinder opponents. 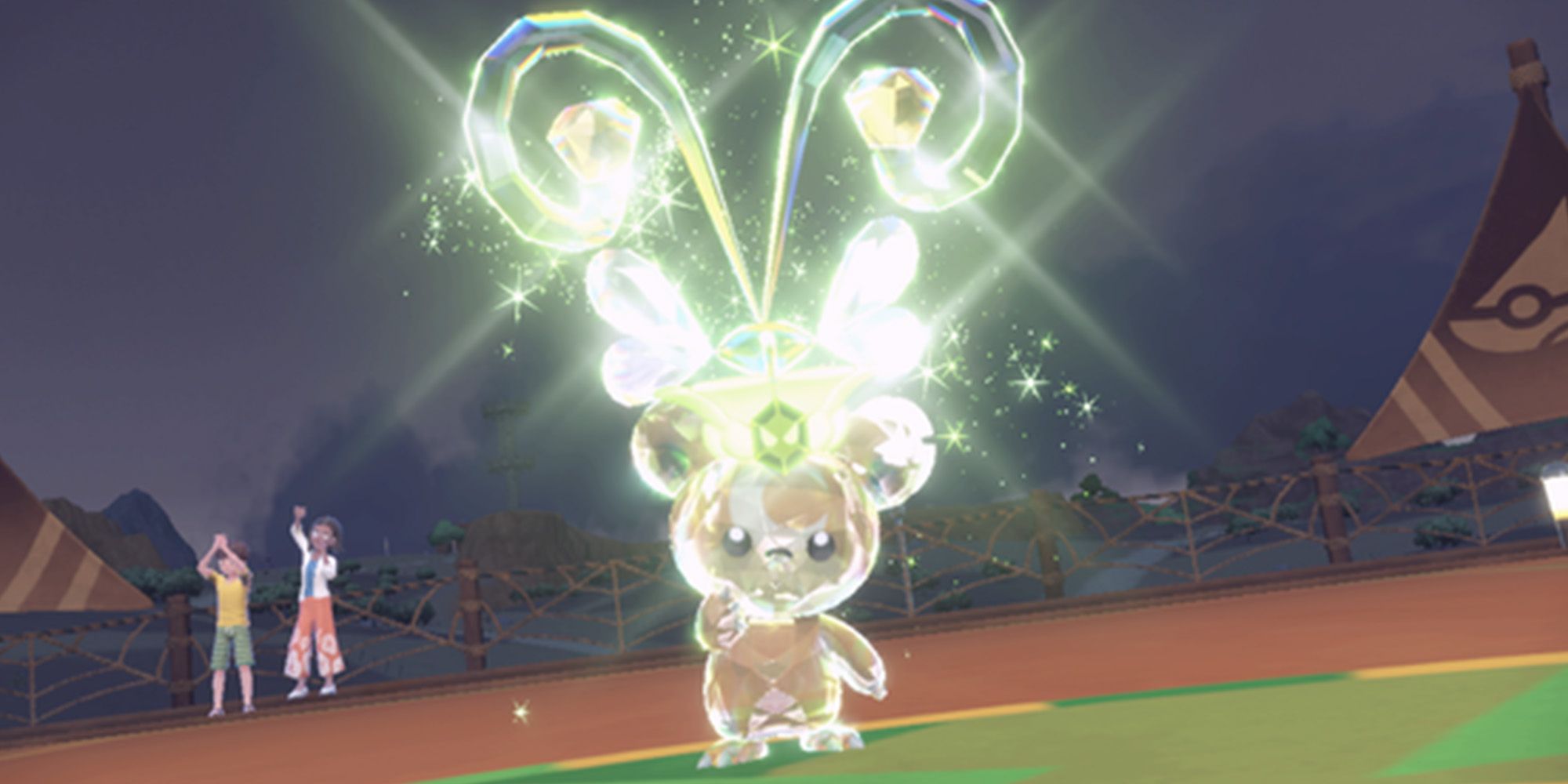 While Dynamax has plenty of strengths, it doesn’t last long. With Dynamax only lasting three turns, Terastallization is definitely the better option for longevity. Max Moves provide Pokemon a slight damage boost and the capability to snowball, but if it takes more than three turns to set up, you’re out of luck.

Terastallization provides a way to land multiple boosted attacks as long as your Pokemon is alive. If used on pokemon with access to moves like Torch song, it can continue to increase its damage output. This can be critical in a group raid, especially now that multiple Pokemon can Terastallize at once.

6/9 Terastallization: It Has Spread Moves And Priority 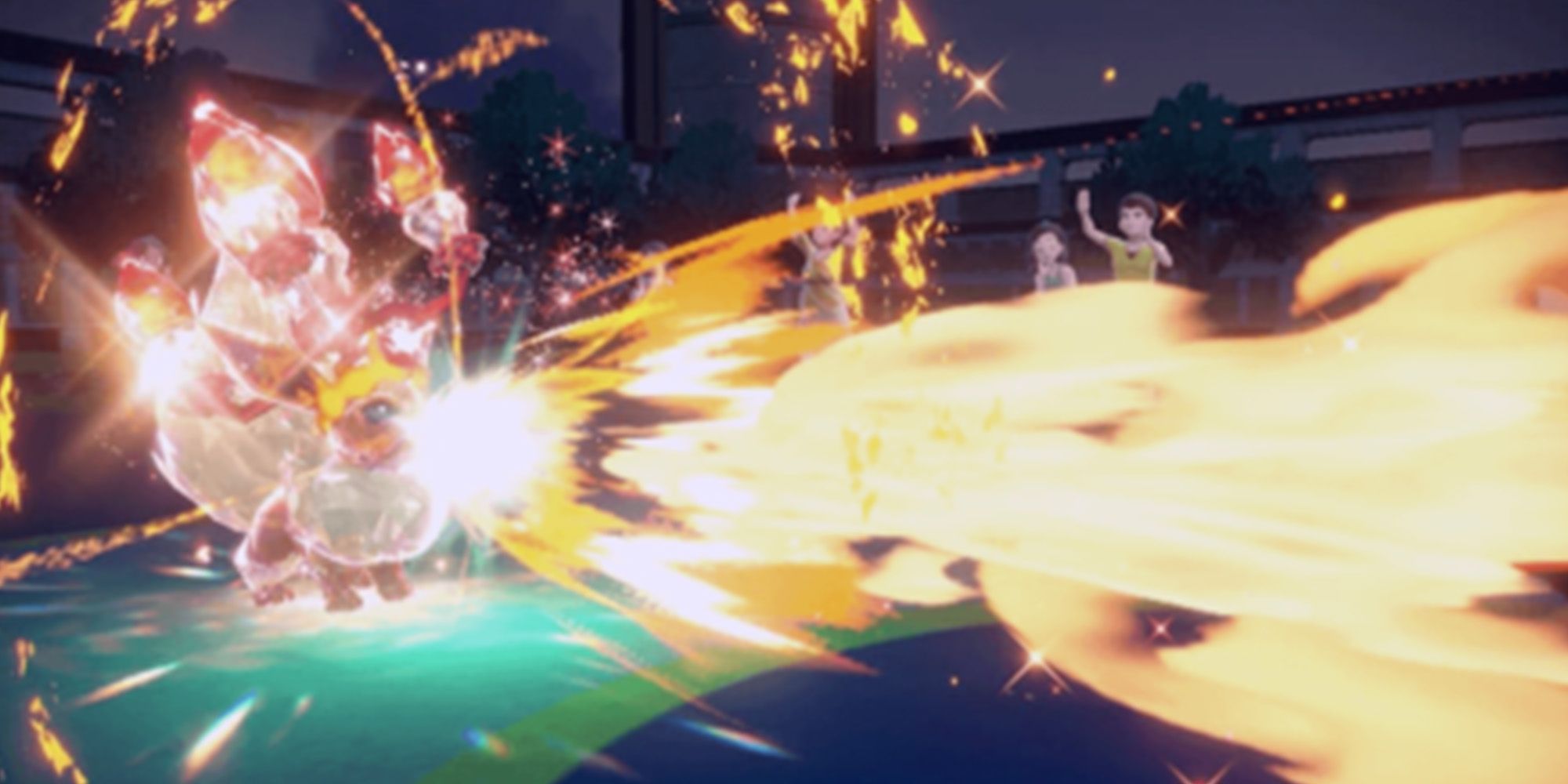 One of the most interesting disadvantages of Dynamax is the restriction of spread moves. Some Pokemon were better outside Dynamax because of their access to spread moves, and since any Pokemon with a Flying-type move can provide Speed support, it just made more sense. 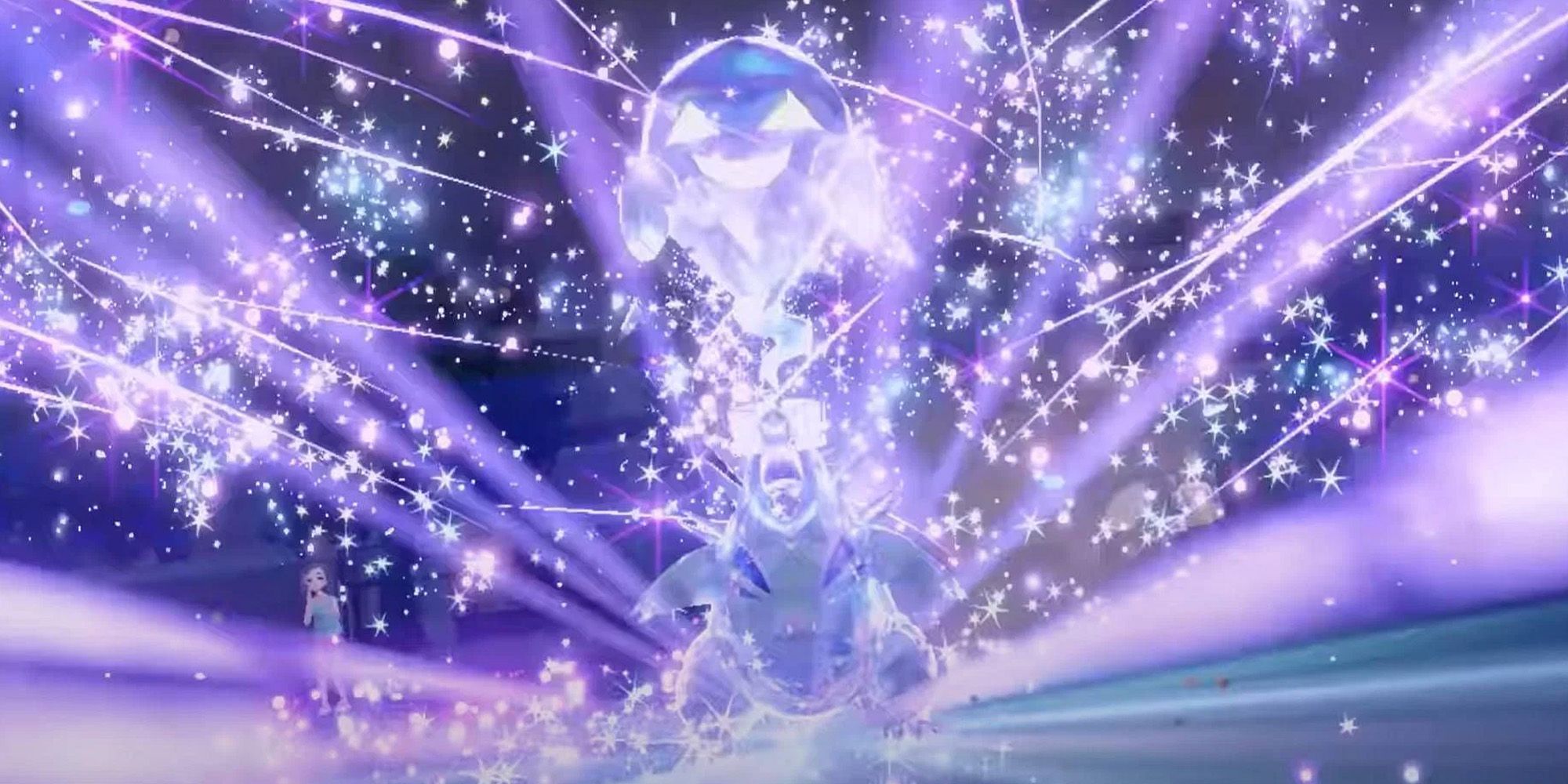 One of the most exciting advantages that Terastallization provides is the potential for creativity. You are no longer safe to hammer a Fighting-type move into Tyranitar because you never know when it could Terastallize into a Ghost-type.

This provides a uniquely exciting angle for trainers to explore in competitive battles since your immunities and resistance can change instantly. The boosted STAB bonuses provide a quicker way to increase damage output, which can often be the difference between winning and losing. 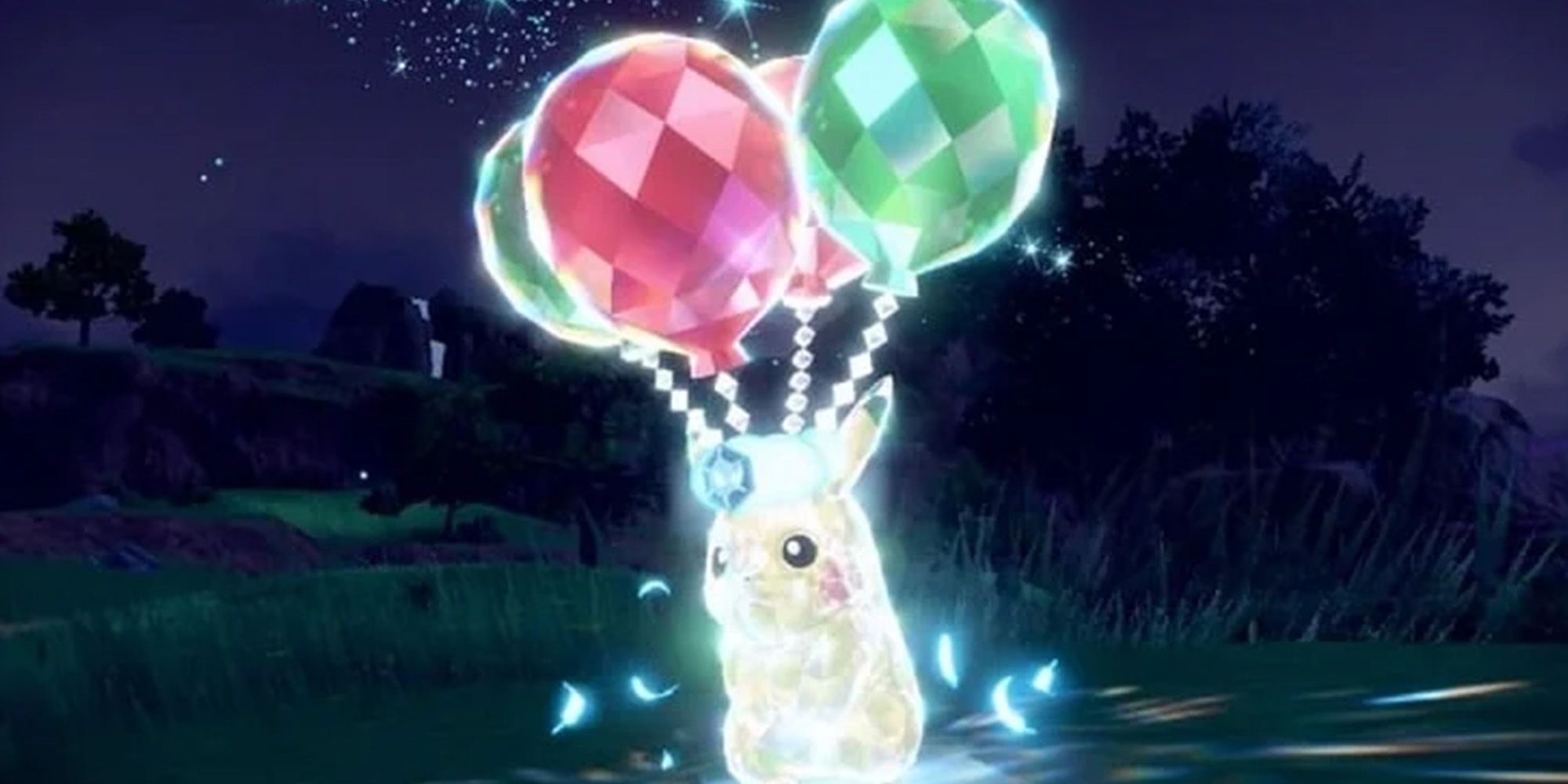 The Terastal phenomenon also has a significant advantage in interacting with abilities. While both mechanics can augment the power of a Pokemon’s ability, Terastallization has a wider variety of applications. Dynamax may have allowed players to bypass accuracy-reducing abilities like Hustle, but Terastallization can unite type advantages with weakness-neutralizing abilities to create uniquely unstoppable combinations.

This means things like a Fire-type with Water Absorb, or an Electric Pokemon with Levitate, removing its only weakness. Abilities like Flash-fire can even turn a Tera types weakness into a strength, such as using a Fairy-type Arcanine. When it comes to abilities, it’s clear that Terastallization has far more utility. 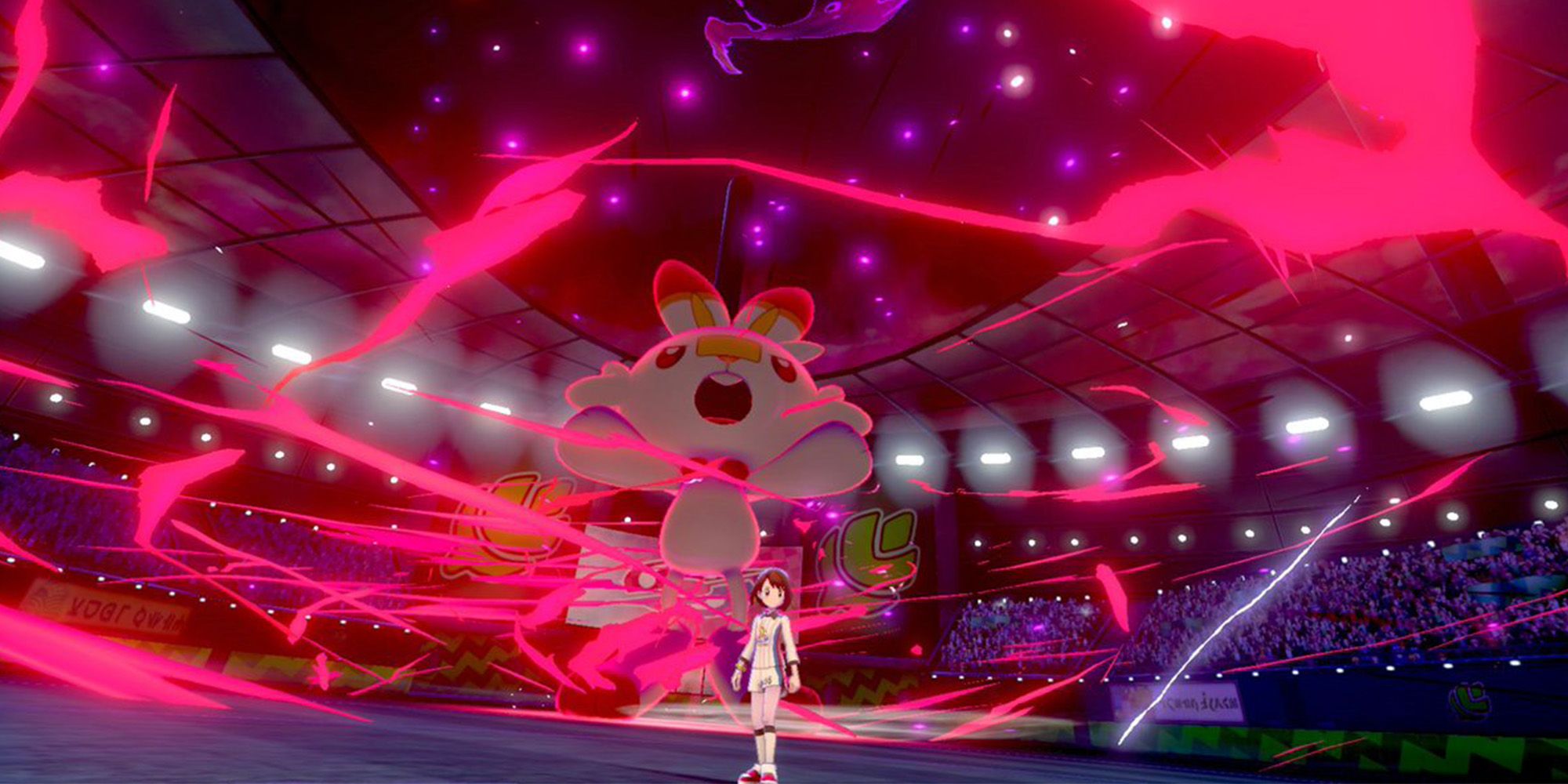 Sorry Gym Leader Katy, but Terastallizing your Teddiursa into a Bug-type did nothing but give your Pokemon more weaknesses. This can be particularly critical for Pokemon with beneficial dual typings since Terastallization makes each Pokemon a monotype defensively. Overall, the specificity of Terastallization is a disadvantage, especially since any Pokemon can access stat-altering Max Moves and increased HP when Dynamaxing.

2/9 Dynamax: It’s Not A Big Commitment 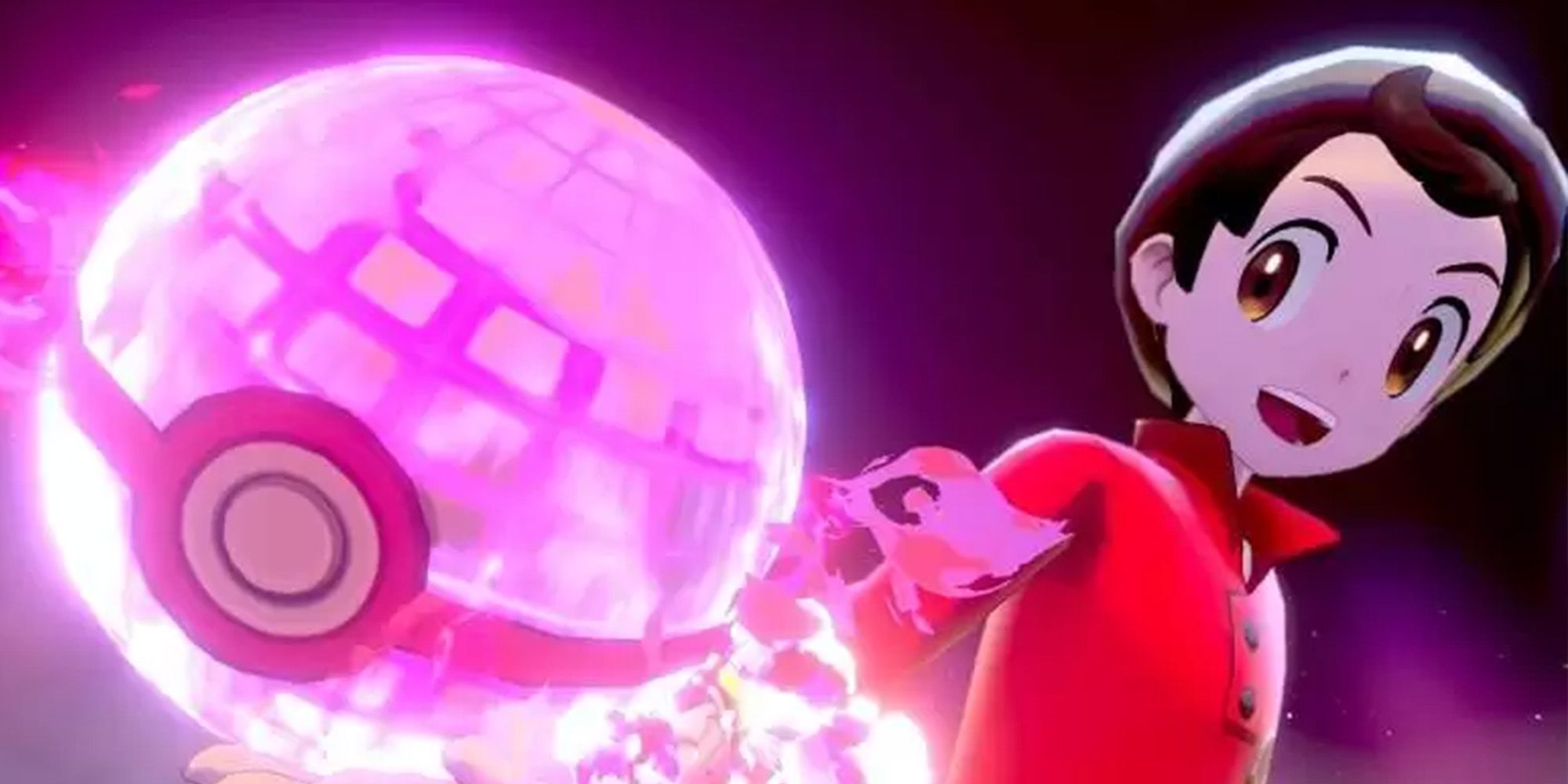 Terastallization lasts longer than Dynamax, and while this can be particularly advantageous in certain scenarios, the commitment itself can be a setback. Once a Pokemon is Terastallized, it remains that way for the remainder of the match – even if it’s withdrawn into its Pokeball. This makes Terastallization a much more impactful and potentially consequential decision.

Changing an Armarouge to a Water-type to knock out opposing Ground Pokemon could be a fantastic play, but if the opponent has a Grass-type counter for that, there’s no way to go back. Given a similar situation with a Dynamaxing Pokemon, you could easily utilize Max Guard until the Dynamax subsides and reposition. Its longevity can be beneficial, but the commitment involved with Terastallization presents a particularly unique disadvantage. 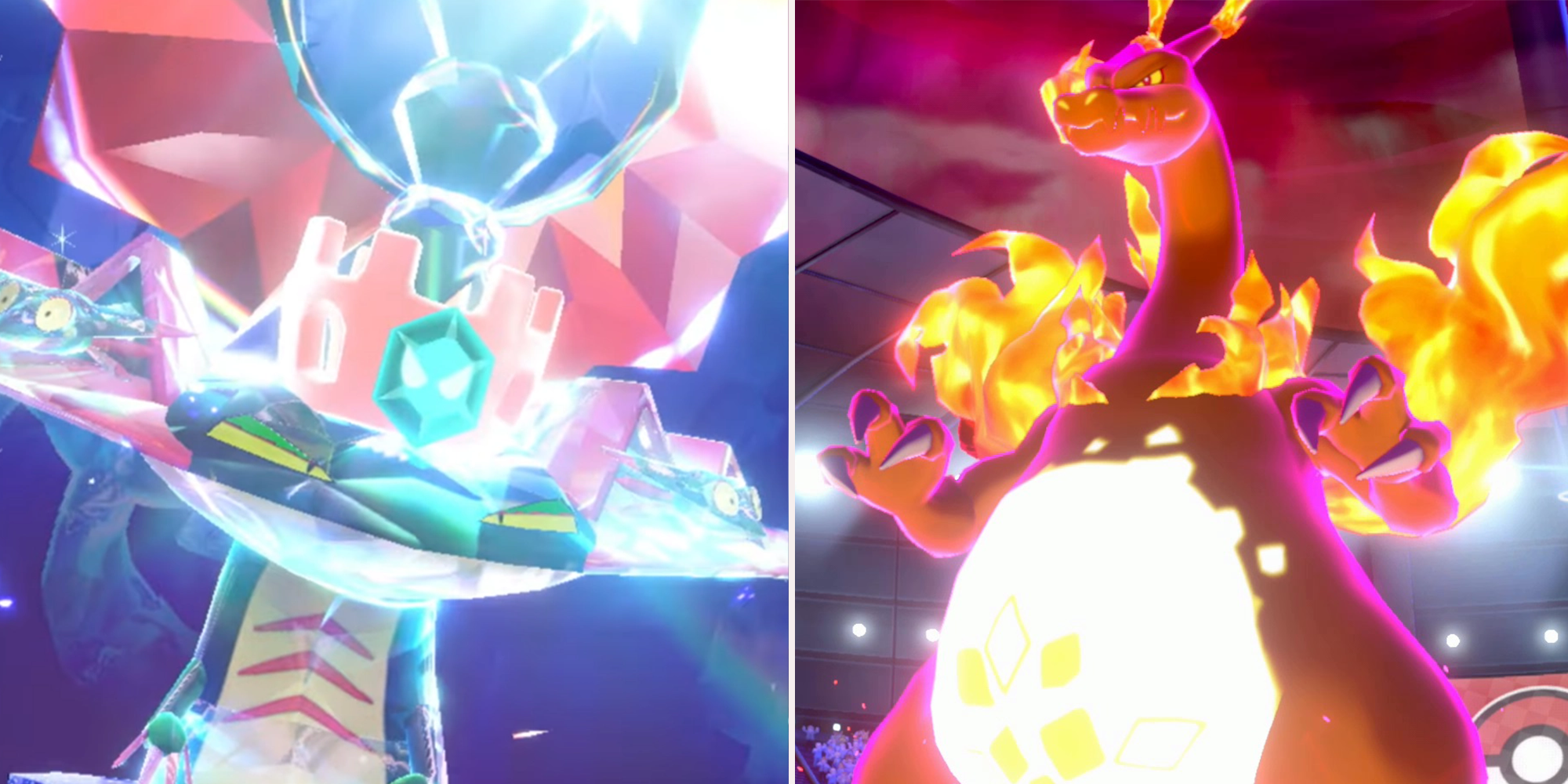 Dynamax and Terastallization both provide unique ways to utilize Pokemon in battle and reward players who can best execute them. For competitive Pokemon players, each option is a valid choice – but Terastallization tends to reward tricks and gimmicks more, which can be easily played around with in a best-of-three scenario.

Dynamaxing is easier to understand and rewards players with reliable strategies, making it the better option for both competitive and casual players. While the Terastal phenomenon has far more creative potential, it has just as much potential to be a hindrance. To be fair, it would be hard for any mechanic to follow in the kaiju-sized footsteps of Dynamax.