Eldritch invocations are what define the warlock from other caster class options. These magical secrets that your patron bestows upon your mind can grant a slew of different benefits. Some invocations modify your attacks, others grant you access to powerful spells. Others still provide unique skills that you won’t find anywhere else in all of Dungeons and Dragons.

That being said, there are some invocations that are just too good to pass up. If you’re looking to make your warlock as strong as the rules allow, you’ve come to the right place. Here are the 10 eldritch invocations you should take into consideration before your next level up. 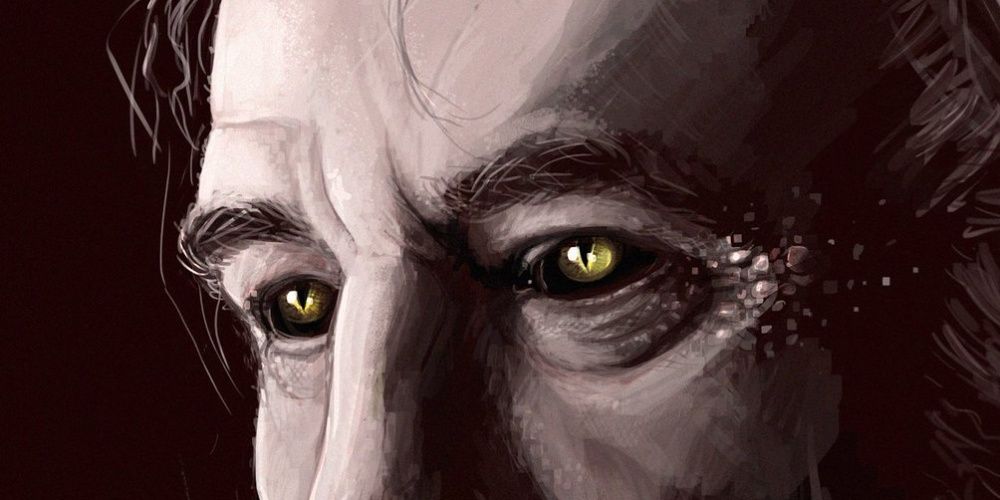 Eldritch Sight allows you to cast Detect Magic without expending a spell slot. Detect Magic is a seemingly unremarkable spell, but one that, when applicable, provides a tremendous amount of help. Not only does it let you know of the presence of magic, it also highlights whatever is putting off this magical essence, allowing your character to know for certain what the magic thing in question is. Best of all, it also identifies the magic’s exact school.

This is invaluable knowledge, as the school of magic reveals what the magic is likely to do when activated. If you aren’t already, we highly recommend familiarizing yourself with the seven schools of magic so that you can put this invocation to its best use. 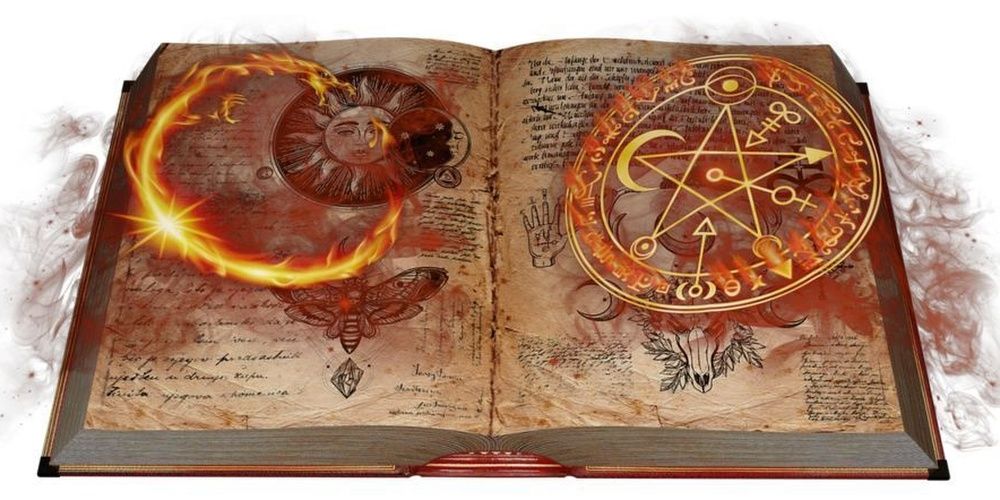 Sure, clerics and paladins may be able to cast rituals as part of their class kits. But that shouldn’t stop you from taking the Book of Ancient Secrets. Before you do, however, take note that you’ll need the Pact of the Tome feature. The Book of Shadows allows you to learn two 1st level spells from any classes spell list. You can cast these spells as rituals. You may also cast any warlock spell with the ritual tag as a ritual.

Casting spells as rituals is great because it doesn’t require a spell slot to do so. Instead, you need only take 10 minutes longer than the normal casting time. You can also add other ritual spells you find on your adventures to your book.

8 Mask of Many Faces 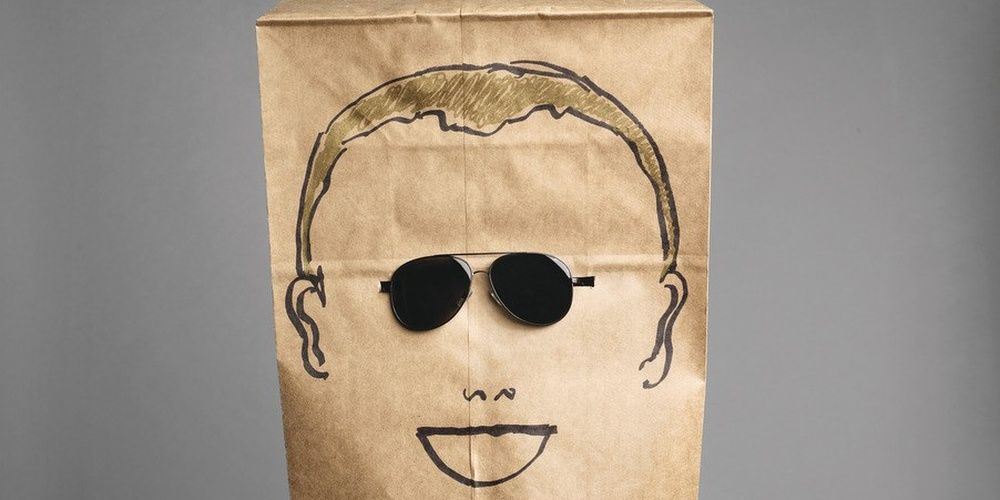 What are infinite uses of Detect Magic compared to infinite uses of Disguise Self? The Mask of Many Faces provides a plethora of opportunities for roleplay. One second, you can be talking to a posted guard about a man that’s just robbed you. The very next, you can become said man and have the guard running after you, leaving whatever he was posted to guard for exploration by the rest of your party.

This is just one example of the mask’s many uses. You could even make it a central theme of your character, always having a mask up over whatever you *really* look like.

7 Whispers of the Grave 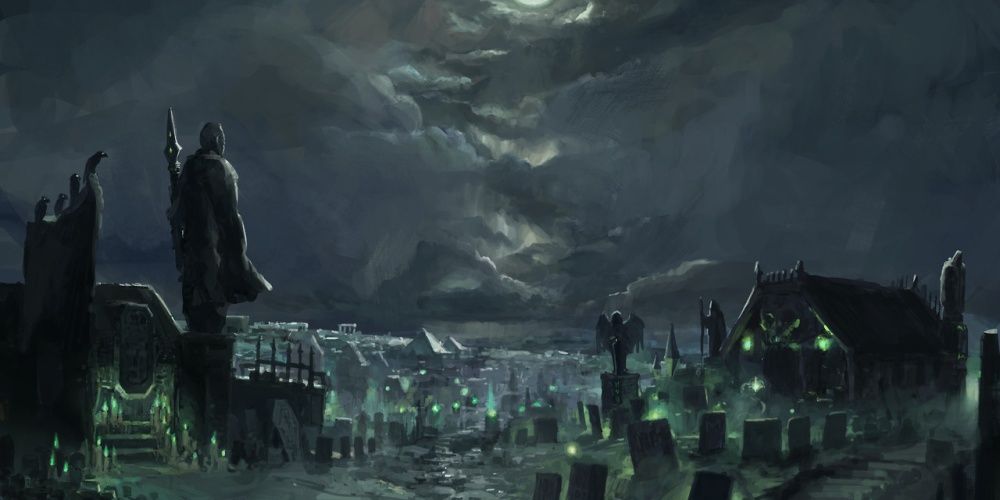 While Mask of Many Faces is a great tool for roleplaying, Whisper of the Grave is a bit more practically focused. Whispers gives your character the ability to cast Speak with Dead without expending a spell slot, which is pretty powerful considering Speak with Dead is a 3rd level spell.

Accordingly, it has a prerequisite of being at least 9th level. Speak with Dead brings the spirit of a passed humanoid back to its body for a short time, during which you can ask it five questions. While the corpse can answer these questions in whatever manner it desires, even to the extent of lying, there are ways to still get what you want out of the conversation. Lies are exactly what insight checks are for, after all.

Lifedrinker requires the Pact of the Blade class feature, not that you would want this invocation unless you already had it anyways. You also need at least 12 levels of Warlock. Lifedrinker makes your weapon deal extra damage on every hit equal to your Charisma modifier.

This damage is added on top of your Dexterity modifier, which comes to a lot of damage before even rolling any dice. If your Dexterity and Charisma are maxed out, that’s +10 damage before dice hit the table. An amount equivalent to the bonus Great Weapon Master provides, which, for perspective, is thought to be one of the most broken bonuses in the game. 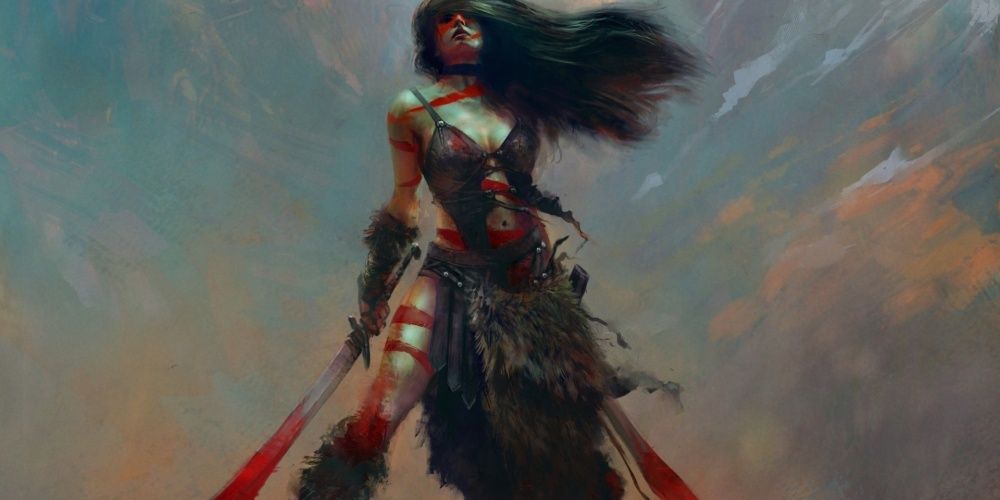 Lifedrinker is a great invocation on its own but coupled with Thirsting Blade its on a whole other level. Thirsting Blade requires the Pact of the Blade feature as well as 5 levels of Warlock. Whenever you take the Attack action on your turn, it allows you to attack twice with your pact weapon instead of once. Any aspiring melee warlock would be remiss to not select this invocation, as extra attack is a key feature that all other melee classes receive.

Furthermore, it gives you a second opportunity to proc your Hex spell on the enemy, leading to even more damage. Take into account Lifedrinker at later levels, and you can see why these two invocations are surefire picks for any Pact of the Blade character. 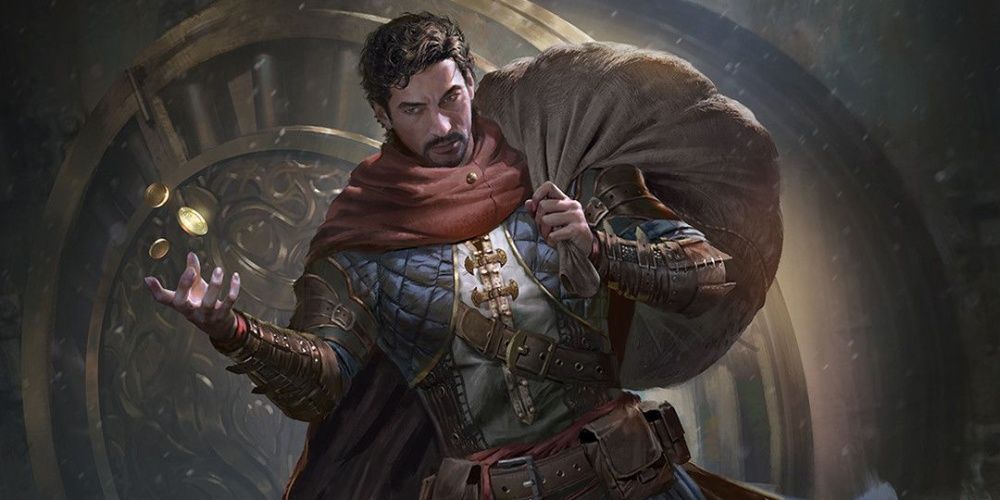 No matter what kind of warlock you’re playing, melee blade pact or ranged eldritch blaster, you’ll find Trickster’s Escape a welcome addition to your kit. Requiring 7 levels of warlock, this invocation allows you to cast the 4th level spell Freedom of Movement once per long rest without expending a spell slot.

Freedom of Movement is a non-concentration spell that lasts 1 hour. Its benefits include immunity to magical speed reductions, difficult terrain, and the paralyzed and restrained conditions. If you are physically grappled or put in manacles, you can spend 5 feet of movement to escape. Lastly, you ignore the penalties of underwater combat. This spell protects you from a wide range of commonly used effects. If you don’t take it, we promise you’ll regret it sooner or later. 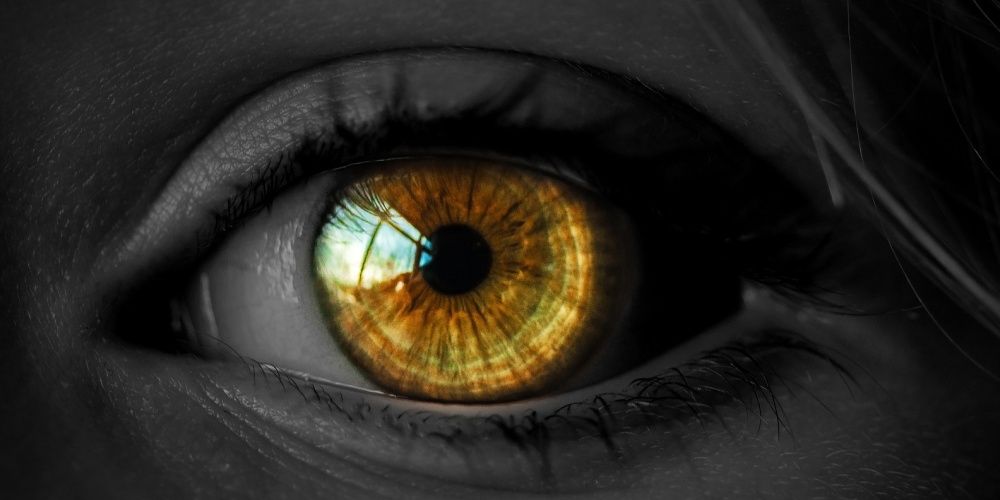 Perhaps the invocation with the most opportunity for abuse, Devil’s Sight grants you vision up to 120 feet in darkness both non-magical and magical. The key distinction here is sight in magical darkness. If you learn the Darkness spell, you can cast it on your weapon or clothing blinding every enemy around you. They will suffer disadvantage on their attacks while you are granted advantage on yours.

When used in combination with Darkness, Devil’s Sight can easily become the stuff of a dungeon master’s nightmares. Before deploying this amazing strategy, it may be a good idea to bring it up with your dungeon master to make sure you’re not hurting anyone’s feelings. That probably sounded like a joke, but Devil’s Sight + Darkness is really that good. 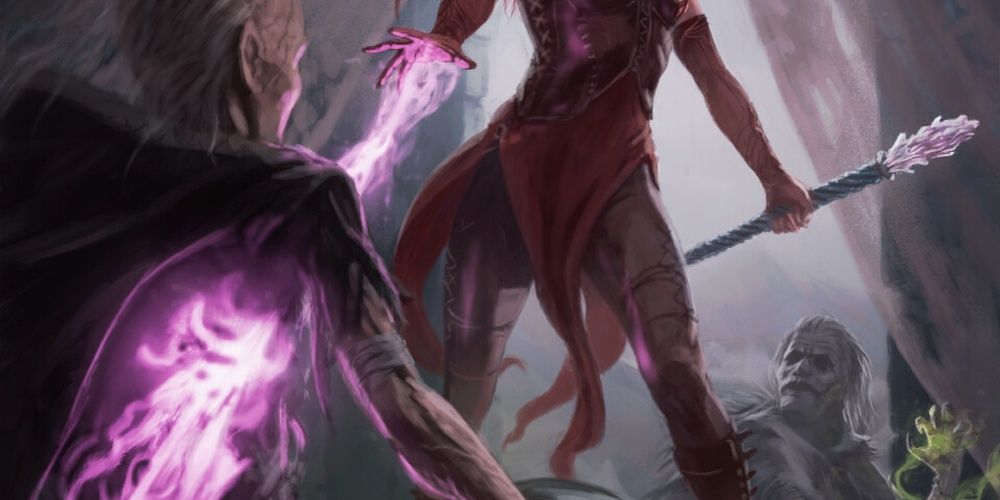 This invocation here is the reason Eldritch Blast and warlocks are so synonymous. Agonizing Blast adds your Charisma modifier to your damage rolls made with Eldritch Blast. Every spell and cantrip in the game doesn’t add character modifiers to damage. That’s the only reason melee classes are able to compete with magical ones. They get to add their modifiers to damage, while casters do not.

Apparently, someone decided this rule shouldn’t apply to warlocks. As a result, Eldritch Blast is tremendously powerful. While sad to acknowledge, as fun as melee warlock builds are, they truly don’t measure up to a properly built Eldritch Blast warlock. 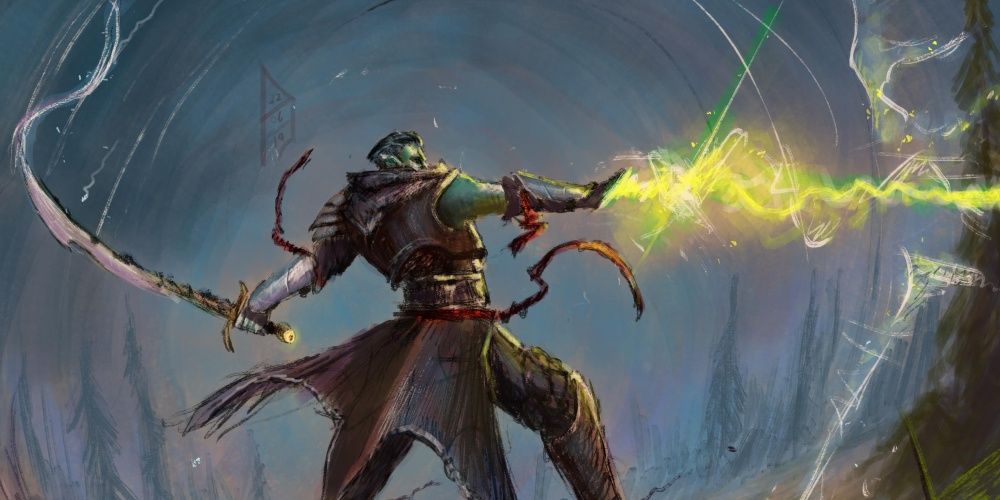 As if Eldritch Blast wasn’t good enough. Requiring only that you take the Eldritch Blast cantrip, Repelling Blast makes it so that each time a creature is hit by your Eldritch Blast you can push them 10 feet away from you in a straight line. And for those of you smart enough to wonder if this applies to separate bolts from the same cast, yes, it does. Yes, that’s ridiculous.

By 5th level, a warlock with Repelling Blast can move a creature up to 20 feet away from him/her in a single turn while still dealing tons of damage. Aside from pushing enemies off of cliffs, the repulsion makes it so that melee combatants have to waste their action dashing. Did you still want to argue that melee warlocks can compete with Eldritch Blasters? More than repelling enemies in a game of DnD, Repelling Blast rebuts any argument against it.