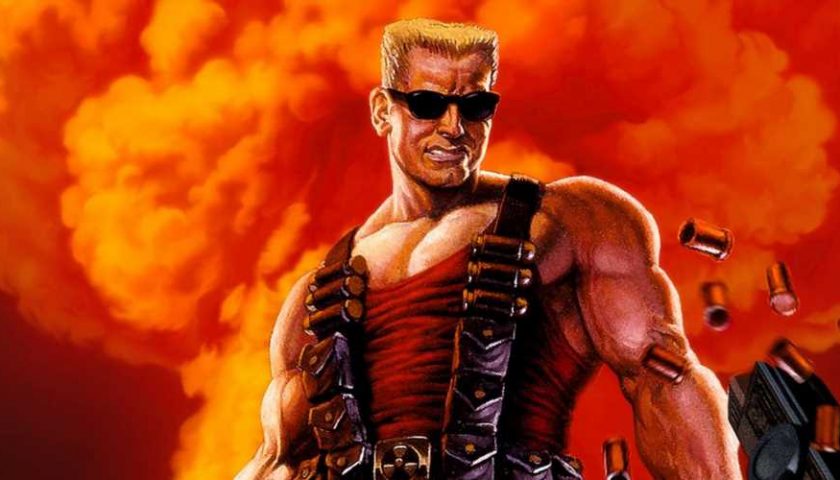 Duke Nukem hasn't had the best of time in the gaming industry, what with his last video game appearance being the notoriously awful Duke Nukem Forever. However, Gearbox is hoping Duke might be a better fit for the silver screen, as the developer is teaming up with Legendary Entertainment for a Duke Nukem movie, produced by the creators of Cobra Kai.

First revealed by the Hollywood Reporter, the company behind movies such as Dune and Godzilla – Legendary Entertainment – has picked up the movie rights to Duke Nukem from developer Gearbox. Cobra Kai creators Josh Heald, Jon Hurwitz and Hayden Schlossberg are set to produce via their banner Counterbalance Entertainment, and Jean Julien Baronnet from Marla Studios will also produce, a studio which specializes in video game adaptations.

That's all we know about the project so far as it looks to be a very long wait before Duke arrives in theatres. The Hollywood Reporter's report states that a search for a potential writer is currently underway, as is the search for a possible director, although one of the Counterbalance team could potentially be brought on to direct as well.

While this is the first official confirmation that a Duke Nukem movie is in the works, Gearbox Entertainment Company CEO Randy Pitchford suggested as such during a recent event, along with the tease of even more Gearbox properties being adapted, including Brothers in Arms and Homeworld. Pitchford stated that he has "development action with all of these properties," and it now looks like we're seeing these projects surface.

It's unknown as to whether Gearbox or Randy Pitchford will have an actual hand in the movie, although if the upcoming Borderlands movie is anything to go by, both could be brought aboard as advisors. While the Duke Nukem movie is probably a long way off, Gearbox is likely more focused on the Borderlands movie, which last we heard was tipped to release later this year. May God help us all.