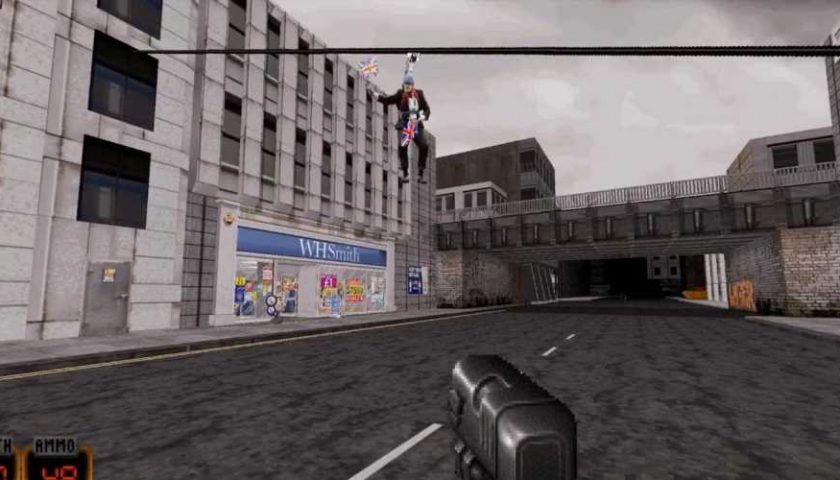 British Prime Minister Boris Johnson has resigned after three years in office and multiple scandals, the latest of which finally eroded his party's confidence in their leader to the point of open revolt. And the occasion has already been immortalized in a Duke Nukem 3D fan level.

Dan Douglas is making Duke Smoochem 3D, a level in Duke Nukem 3D that seeks to capture every aspect of British life. Since July 2021, Douglas has been painstakingly crafting his level to represent the best the UK has to offer, from giant Brexit busses to seagulls stealing bags of crisps (or as I would call them, "chips") from the local grocer.

Douglas had yet to capture the now-former PM in his creation, but that all changed after MPs Sajid Javid and Rishi Sunak resigned after the latest scandal to rock Boris Johnson's administration broke in the media. Johsnon had appointed Chris Pincher as chief party whip, one of the highest positions in the government, despite knowledge of multiple sexual misconduct allegations against Pincher.

After that, the resignations came at a steady pace. Andrew Murrison's resignation letter was placed in Duke Smoochem, but Douglas soon gave up trying to keep track of the 62 resigning MPs and just added a "resignation counter" in the upper right-hand corner of the screen. Finally, Johnson announced his own resignation, at which point Douglas got to work (thanks, Rock Paper Shotgun).

A sprite of Johnson comes tumbling out of a building before getting stuck about halfway down; a clear reference to the 2012 Olympics where Johnson tried to encourage British athletes with an ill-fated zipline stunt. The final sentences of Johnson's resignation speech are then played before a dumpster-carrying truck arrives to take him away. A fitting tribute to one of the most reviled politicians the world has ever seen.

As for Duke Nukem, we might actually get to see The Duke on the silver screen. Cobra Kai creators Josh Heald, Jon Hurwitz and Hayden Schlossberg have picked up the rights to Duke Nukem and are searching for writers, actors, and a director for a Duke movie.