Hypercasual games are simple games that can reach the broadest audiences on mobile devices, and they can be made almost anywhere. The latest company to prove that is Ducky, a nine-month-old company in Russia whose games have been played 145 million times and generated $1 million a month in revenue.

Ducky’s small team of publishing experts is geographically dispersed and it works with external game developers to create a factory focusing on hypercasual mobile games. The business is profitable and the company has been able to raise $1 million in funding, said Ducky CEO Ivan Fedyanin, in an interview with GamesBeat.

Hypercasual games are low-commitment forms of entertainment. You can play them while waiting in line to get into the grocery store or while you’re in the bathroom. They’re like casual games, but with an even shorter time span of 30 seconds to a minute. They appeal to busy people or those with short attention spans, whether it’s older people over 45 or young folks who are part of the TikTok generation. Hypercasual games are generating billions of dollars in revenue and they’re showing up in the top 100 lists. Mobile measurement firm Adjust and game engine maker Unity said 95% of hypercasual game revenues come from ads.

Leaders in the industry include Voodoo, Kwalee, and Playgendary. Mobile social game publisher Zynga moved into the market by paying at least $168 million for Rollic. During the early part of 2020, Adjust and Unity reported that hypercasual games were growing at 72% in terms of sessions played, with China leading the growth. Hypercasual games combine simple mechanics and minimalistic design to engage players.

Ducky’s games have been downloaded at least 25 million times in places such as the United States, United Kingdom, China, and Japan. Developers get paid for performance for their hits, and Ducky runs tests and acquires feedback to improve the games on a quick cycle. Ducky tests hundreds of gameplay videos and constantly gives feedback to developers. It takes a 50-50 split on profit sharing and invests in its hits as they happen. Ducky prides itself on moving fast to give feedback on gameplay submissions within a day. 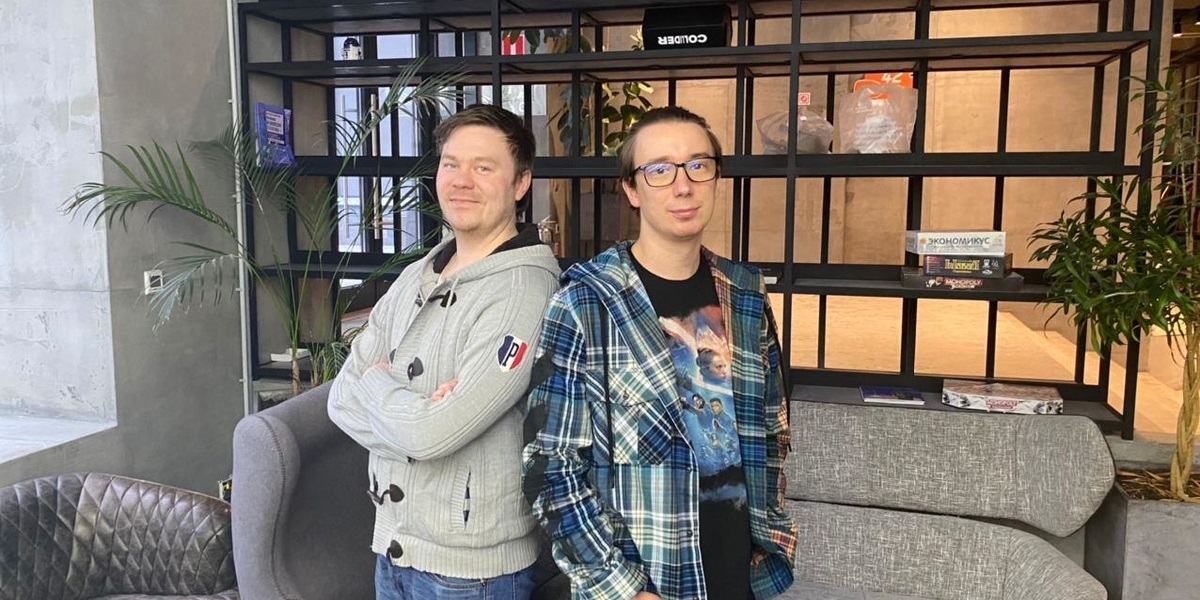 Above: Alisher Yakubov (left) and
Ivan Fedyanin are the cofounders of hypercasual game publisher Ducky.

“Our killer feature is being lightning fast,” Fedyanin said. “The developer gets results for a video in 24 hours. We don’t have a lot of time to get the data. But the developer can get results quickly and stay engaged with the idea. This is important with creative people. If they abandon an idea, they don’t put their souls into the game.”

Fedyanin worked at My.Games and Nival Interactive, while Yakubov worked at MRGV, 2RealLife, and G5 Entertainment.

“We decided that it was time to do something of our own because we had so much experience working at different positions,” Fedyanin said. “Our job has been to find young teams that need financial help or expertise. And this year, we decided we wanted to do this on our own. And hypercasual has become an interesting emerging market.” 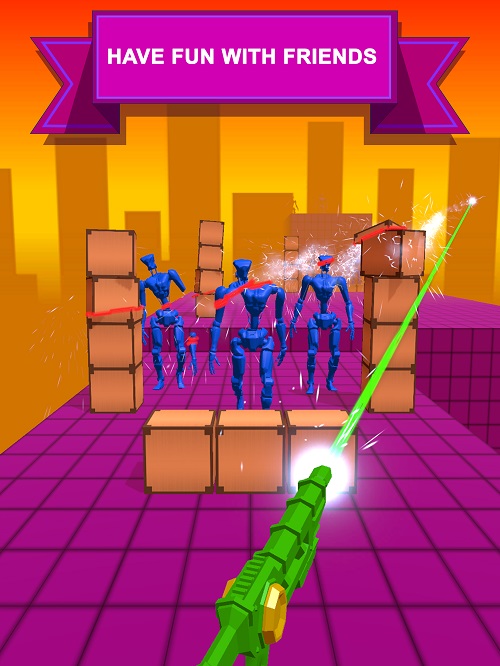 Above: Ducky’s Slice Them All game.

Production for the hypercasual games is cheap and it can be done anywhere. It thrives on fast iterations and lots of ideas at the top of the funnel. Getting feedback fast to the developers is key to evolving a game so that it can be more engaging with players.

“After 18 years of game development, we figured out that you need to test almost everything,” Yabukov said. “There is no secret sauce. Some guy can’t say here’s how you do it and it becomes a hit. It just doesn’t work like that. You have to engage people. You have to create something new and interesting for them. And this is what hypercasual is about. And what we started to build is a factory of small games that test the ideas. Out of 64 projects in prototyping, there may be one hit.”

In the past nine months, the company tested about 300 games, Yabukov said. One of the hits was Mystery Slice. Another is Slice Them All, a shooter game where you slice a bunch of robots coming at you.

“The theme of slicing is similar, but you play them in different ways,” Yakubov said. 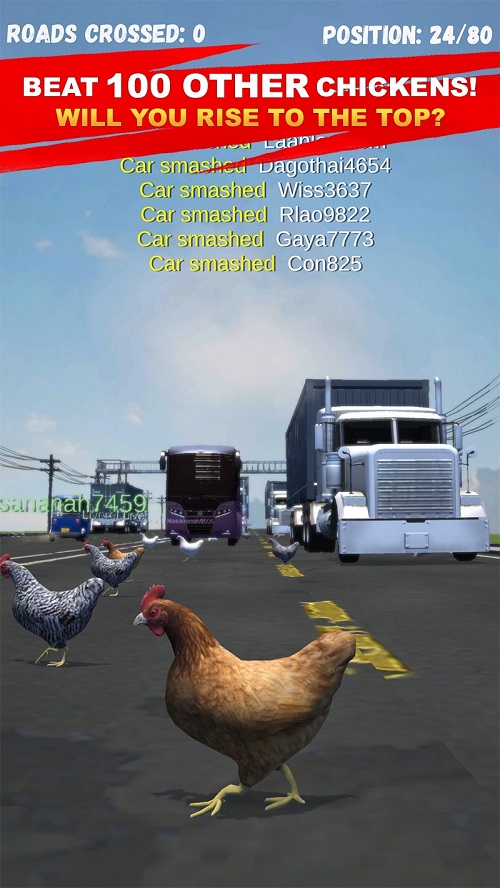 Above: One of Ducky’s battle royale games.

The team has grown to 11 people handling all aspects of developer support and game development. Working with developers, the team can create an idea for a game in two or three days. The team creates a video based on gameplay and tests it on Facebook. If the marketers find good results with a banner ad, then the team greenlights the game. Three out of four games don’t get past this point. Next, the team creates a build of the game in a week or two. A player gets about 500 seconds of gameplay. Then the company will measure the cost per install and the retention of the user for the first day. If the first-day retention (percentage of players coming back) is 40% or higher, then the team will iterate on the game until it’s ready to go.

At that point, the company signs agreements with the developer and proceeds with publishing the game on the app stores.

“If the idea just doesn’t work, we’re not going to work on it,” Yakubov said. “This is how we iterate ideas. When we sign the contract, we start the monetization tests. This is the first place where we start adding interstitial ads or other ads and we test what is required in order to incentivize players to get awards. Otherwise, they’re not going to press the button and see the ad. After that, we start checking the scale, which means that we’re buying traffic, in order to see if the amount of money that the game generates is higher than the amount of money that we pay for the ads. This happens only with the games that are driving huge engagement. If you have an ad for a bad game, it will adversely affect the retention. But with good games, it will drive huge retention.”

While Ducky is hiring people, it doesn’t want to become too big.

“We may hire 10 to 20 people globally in the next year, but we want to stay small and fast,” Fedyanin said.