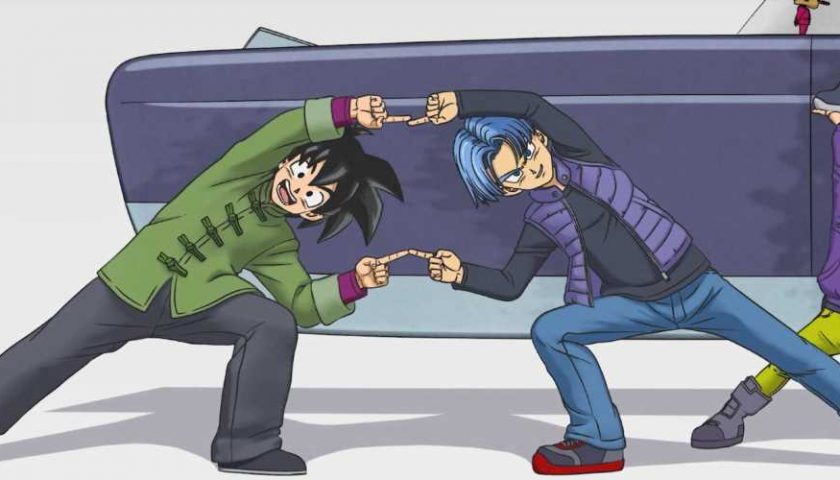 One of the longest-standing issues that Dragon Ball fans have had with the series is that both Goten and Trunks have remained the same age and size over the past few entries, despite the fact that Battle of Gods, Resurrection F, and the events of Dragon Ball Super all canonically take place further into the series than Dragon Ball Z, where they were seen as the same size and age, especially as we saw other characters age a little. Pan's age is clearly a main point of Super Hero, so keeping Trunks and Goten the same size wouldn't make sense.

Thankfully, that's not going to be the case in Dragon Ball Super: Super Hero. A brand new poster for the film was showcased last night, revealing the full cast of characters for the first time. Beyond showing off the new design for Android 18, it also gave us our first look at Goten and Trunks, who have finally grown up a bit and look to be teenagers.

Goten looks much like Gohan did during the Cell Saga, sporting the exact same haircut. However, he's also wearing an outfit very similar to the one we've seen him wearing across Dragon Ball Super. Trunks is shown sporting a bomber jacket and having blue hair, confirming that the film will follow the tradition set up by Dragon Ball Super that saw Trunks following the manga more closely and going blue instead of purple.

The two are shown trying to perform the fusion dance on the poster, but it looks like they're a little out of practise as their fingers aren't touching one another, likely resulting in them turning into the failed version of Gotenks. It's not clear yet what sort of role Goten and Trunks will have in the film, but it's good news for fans waiting for them to finally look like they did in the epilogue of Dragon Ball Z.