Specializations are subclasses that work alongside the pre-existing class. For each main class, there are three specializations, but the player can only choose one. When it comes to warrior inquisitors, they have the option of Champion, Reaver, or Templar. If you’re struggling to decide which specialization is best for you, or you’re unsure how to complete its questline, we’ve got everything covered for you just below.

Where to Find the Warrior Trainers 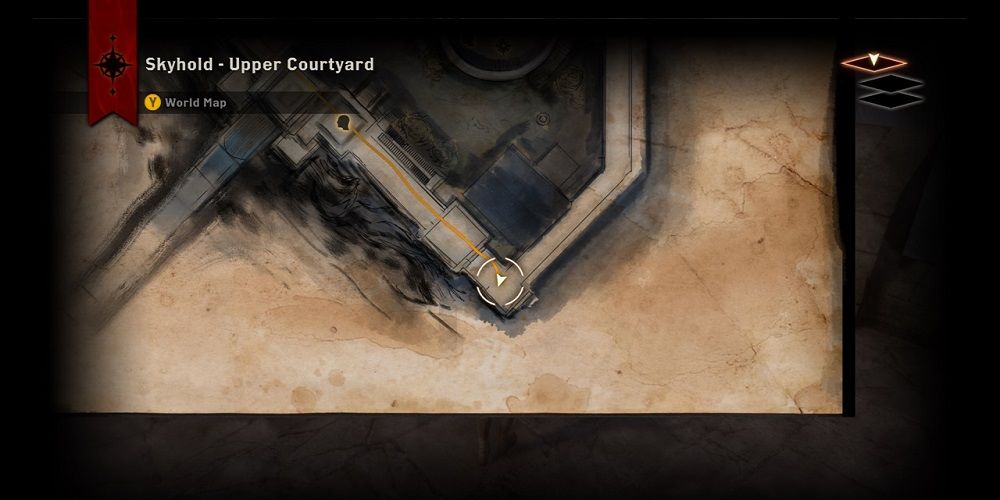 The three specialization trainers for warriors can be found on the battlements of Skyhold, at the most southern point of the top map (as shown above). There is Lord Chancer de Lion for the Champion role, Ser for the Templar role, and Breaker Thram for the Reaver role.

You can speak to all three NPCs and choose to undertake all three quests, but once you hand in a quest to complete it, you will be choosing that specialization and will be unable to choose either of the others.

Way of the Champion 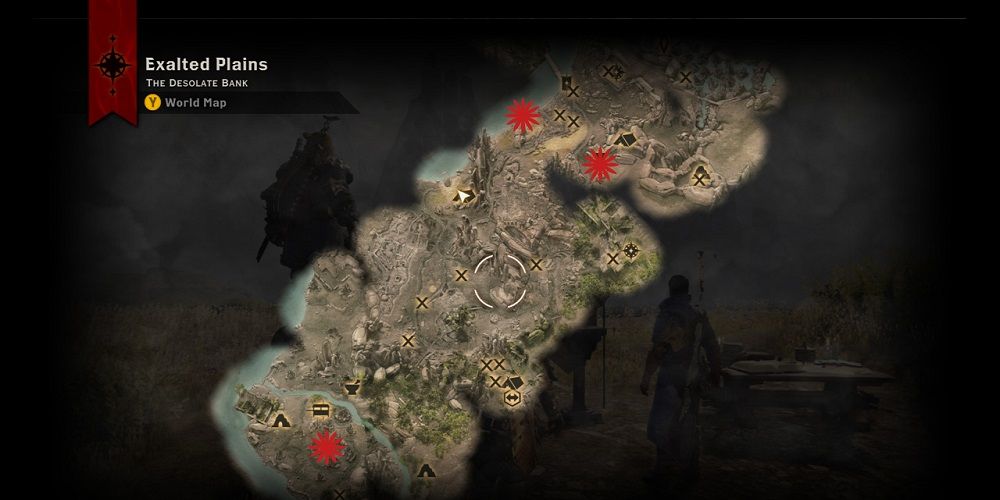 First and foremost, you’ll want to grab the Writing on Champion methods that unlocks the codex entry “Way of the Champion”. This can either be found close to Blackwall in the stables at Skyhold or purchased from the merchant Willvan in Val Royeaux if Blackwall was not recruited.

Then you’ll need to head over to the Exalted Plains to take on the Champions for their three heraldic symbols. The Champions are located in the following areas: Ghilan’nain’s Grove (on the path leading towards the swamp), Halin’sulahn (south of the Dalish camp), and the Desolate Bank (close to where the shoreline runs out). You can see the areas you need to visit marked on the map above. Defeat all three to earn the symbols.

Next, you’ll need 20 Veridium; if you don’t have this already then you can find it in the Emerald Graves, Crestwood, or the Exalted Plains, or alternatively, it can be obtained from the “Exalted Plains Resources” war table operation if you send Cullen or Josephine.

After you have all of the items listed above, head to any requisition table to craft the standard, which you can then give to Chancer de Lion to complete the quest and become a Champion.

Way of the Reaver 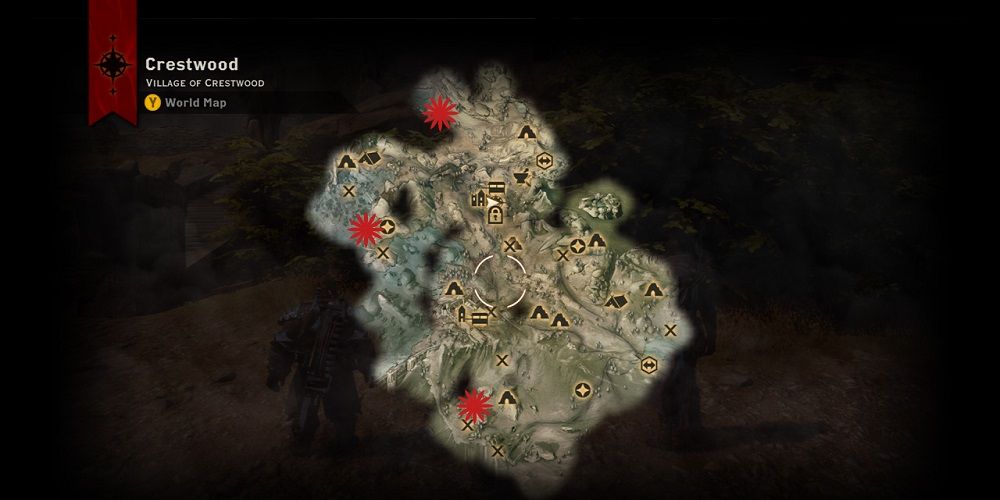 Firstly, you’ll need to grab the Writing on Reaver methods that unlocks the codex entry “Way of the Reaver.” This can be found near Iron Bull in the Herald’s Rest tavern at Skyhold, or alternatively, it can be purchased from the merchant Willvan in Val Royeaux if Iron Bull was not recruited.

Next, you’ll need to travel to Crestwood to find and defeat your three rivals to retrieve three infusion primers. Each of the rivals is also accompanied by a few other enemies too. The rivals are located in the following areas: the East Side Hills, the Flats, and the Black Fens, all of which are marked on the map above. If you can’t find any of the rivals as you have not yet opened the damn, you can leave the area and return later to find that the rivals have respawned. Alternatively, if you have the Short List perk, you can purchase the infusion primers from the merchant Saphi in Val Royeaux. Their special stock is random, so if the primers aren’t listed, leave the map area and re-enter in order to refresh the stock.

The next thing you’ll need is 50 Rashvines; which you can find in the following areas: the Emerald Graves, the Exalted Plains, and Emprise Du Lion. Alternatively, they can be obtained from the “Exalted Plains Resources” war table operation if Josephine or Leliana are sent, or can be purchased from the village of Crestwood merchant.

Once you have all the required items, you can craft the distillation at any requisition table and then take it to Breaker Thram to unlock the Reaver specialization.

Way of the Templar 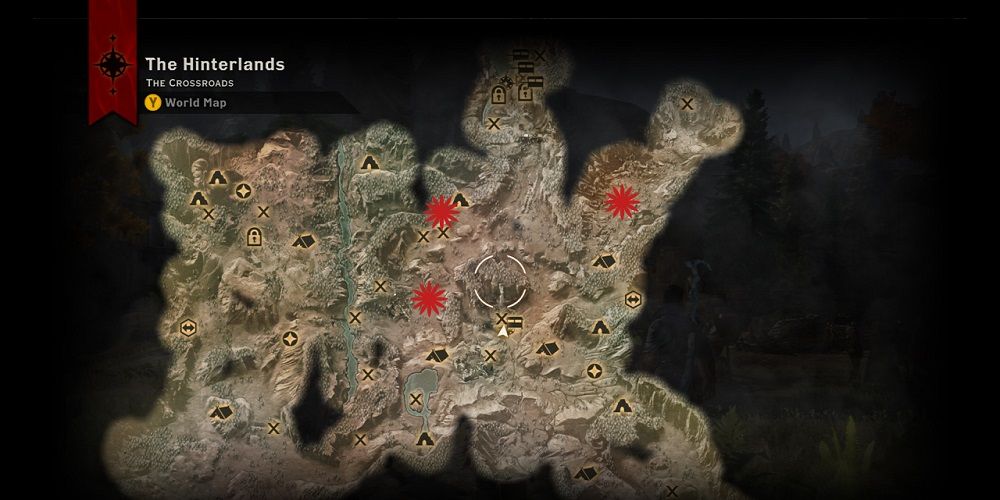 Firstly, you’ll need to collect the Writing on Templar methods that unlocks the codex entry “Way of the Templar.” This can be found on the top floor of the armory located in Skyhold, which is just east of Cassandra’s location. Alternatively, it can be purchased from the merchant Willvan in Val Royeaux.

Next, you’ll need to travel to the Hinterlands to find three broken philters by defeating three different kinds of demons; a pride demon, rage demon, and a terror demon, each of which are accompanied by other demons too. The three demons can be found in the following areas: Witchwood, West Road, and Lady Shayna’s Valley. The locations are all marked on the map above. Kill all three to retrieve your philters.

After that, you’ll need 50 Embrium, which can be found in the following areas: the Hinterlands, Crestwood, the Emerald Graves, and the Exalted Plains. Alternatively, they can be obtained from the “Emerald Graves Resources” war table operation if Josephine or Leliana is sent, or purchased from the village of Crestwood merchant.

Once you have all the required ingredients, you can craft the philter at any requisition table and then return to Ser to unlock the Templar specialization.

Next: Dragon Age Inquisition: The Most Difficult Side Quests (& Some Tips For Beating Them) 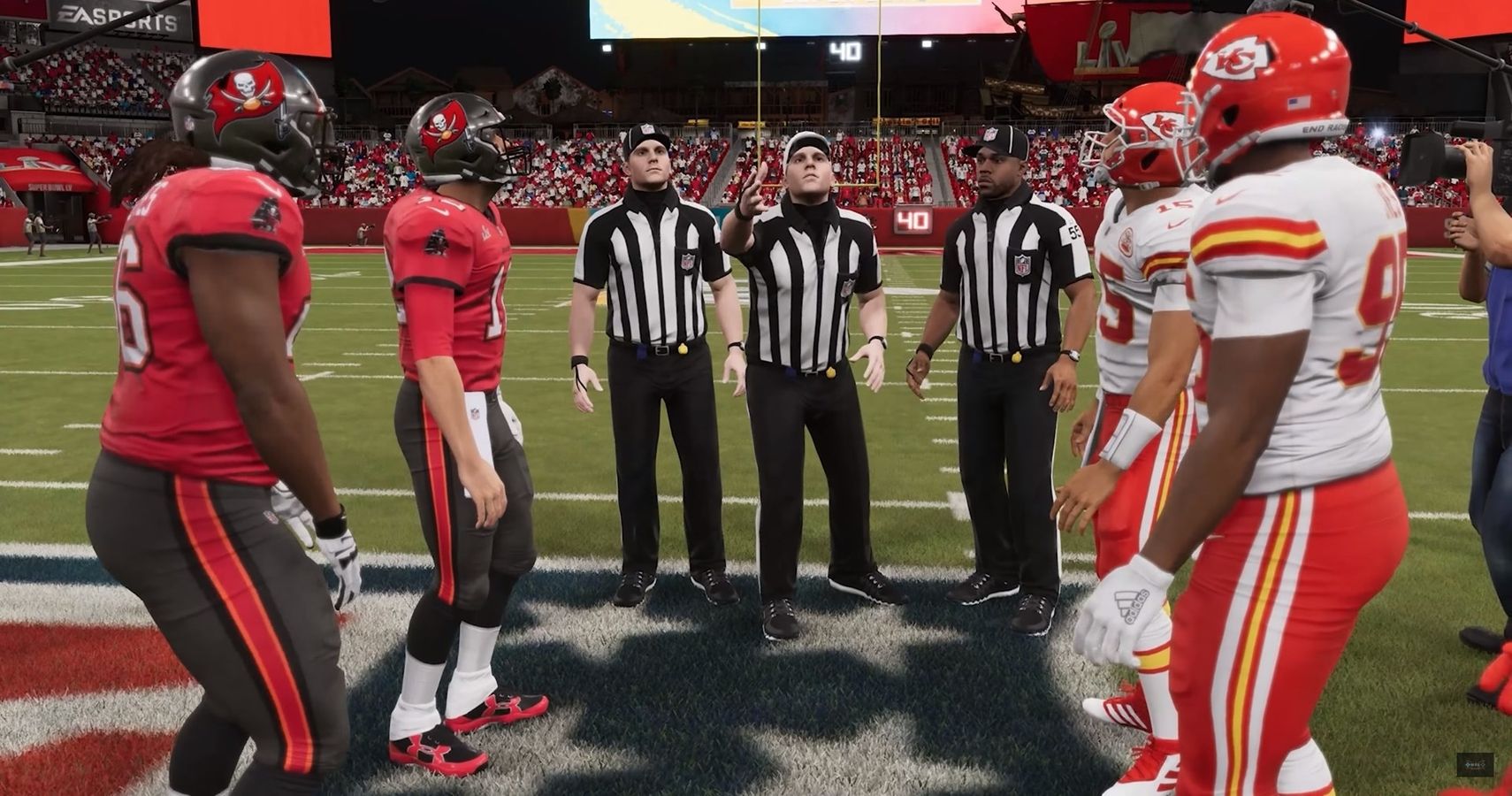