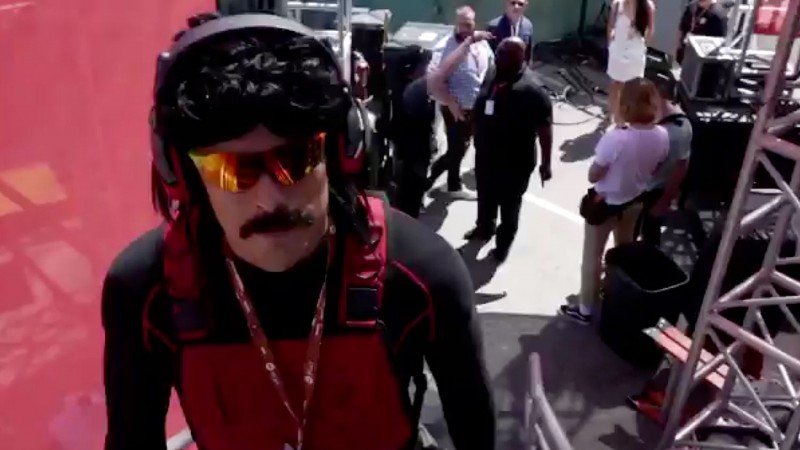 Popular mustachioed streamer Herschel “Guy” Beahm (better known as Dr Disrespect) had his E3 badge revoked and was banned from the 2019 show for live streaming from public restrooms on more than one occasion from the Los Angeles Convention Center. His Twitch account is also currently offline.

According to reports and videos posted online (which we’re not linking to or sharing due to the nature of the content), Beahm entered public restrooms at E3 with his camera person in tow on multiple occasions commentating his experience while people, including what appeared to be a minor, were in the background using the restroom.

Taking cameras into bathrooms is an illegal act in California which is a violation of Twitch’s policy that illegal acts not be streamed. You can find more details on the laws in question here.

We’ve reached out to Twitch for confirmation and will update this story if and when we receive an update, but it appears that as a result of his stream, Disrespect’s channel has been suspended and is currently offline.

The Entertainment Software Association, which runs E3, also confirmed to Kotaku that Beahm’s E3 badge has been revoked, presumably in relation to the stream.