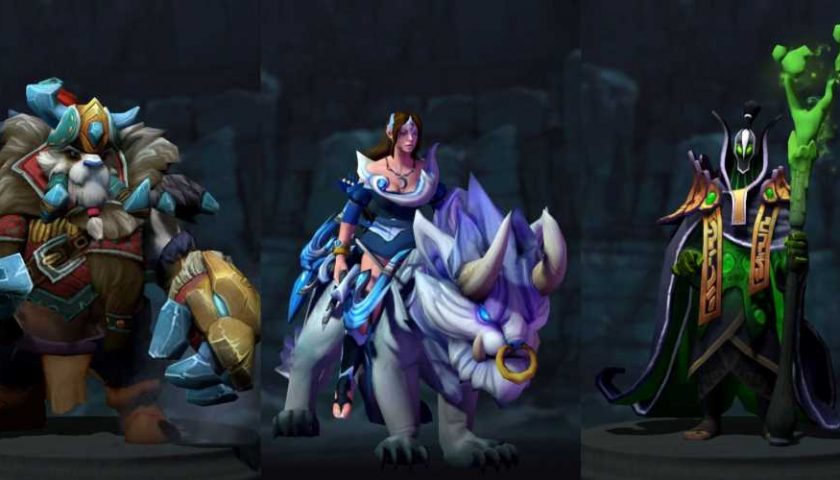 Soft support, better known as position four, is a flexible role in Dota 2. Starting from the offlane, they can roam and pressure other lanes through ganking and taking down objectives. Then, they can transition into a semi-carry, initiator, or further support the team with utility items.

As soft supports have different potential roles to fill, they have a diverse hero selection pool to adjust to the team's needs. Additionally, the average pub game is vastly different from a coordinated professional game, and odds are the supports are picking first. So, aside from fulfilling the expectations of the role, the best soft supports must also fit into any potential pub draft. 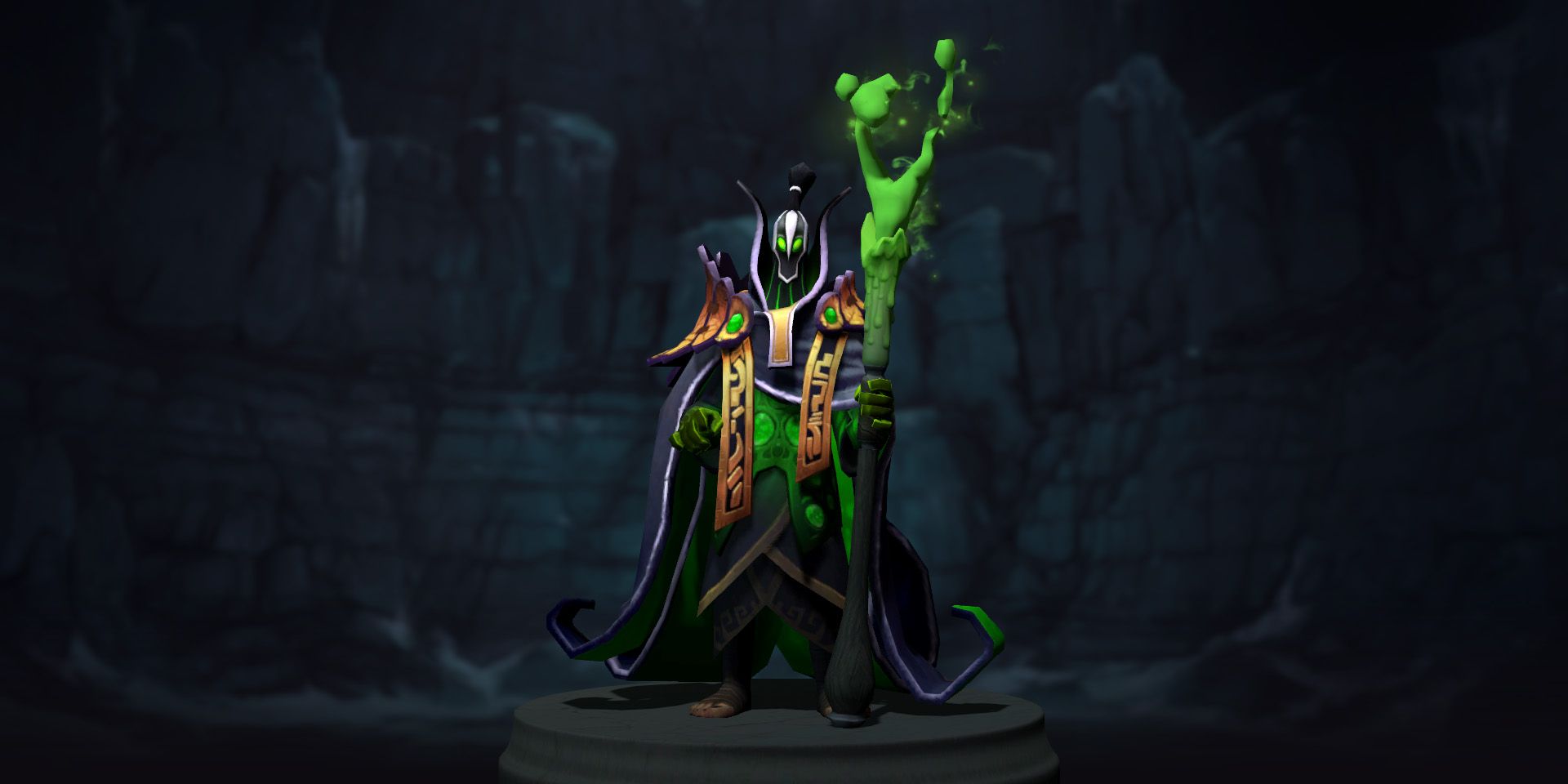 Rubick is one of the most fun heroes in Dota 2. As a support, he's built for bullying and eliminating enemy cores—displacing their position with Telekinesis while nuking and reducing their damage with Fade Bolt. Rubick's Arcane Supremacy passive amps up his spell damage and cast range, making him a backline nuisance.

Rubick is most known for his ability to steal enemy spells, even snatching passives attached to the ability. The Grand Magus increases the effectiveness of any spell he catches with his instant cast time. Rubick is a great soft support, but he isn't the best first pick. 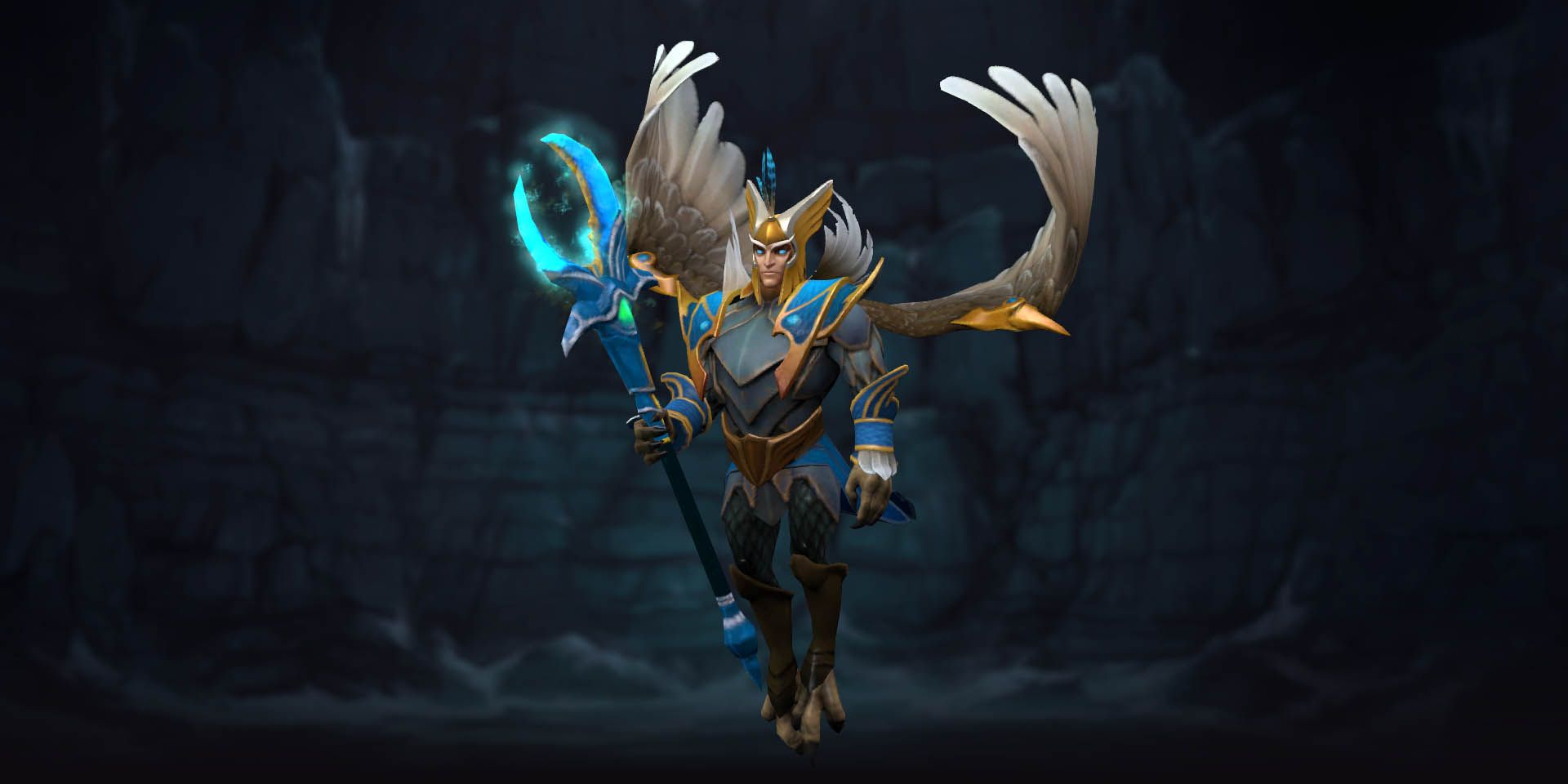 When it comes to deleting a single target, there's no better support for the job than Skywrath Mage. All of his abilities are geared toward dealing damage at a long range. The hero can melt through most of the roster, especially once Ancient Seal primes them to receive more spell damage.

Skywrath Mage is a selfish support who only knows how to nuke down enemies. He's excellent at his job, but if you need more utility, you might want to look elsewhere. 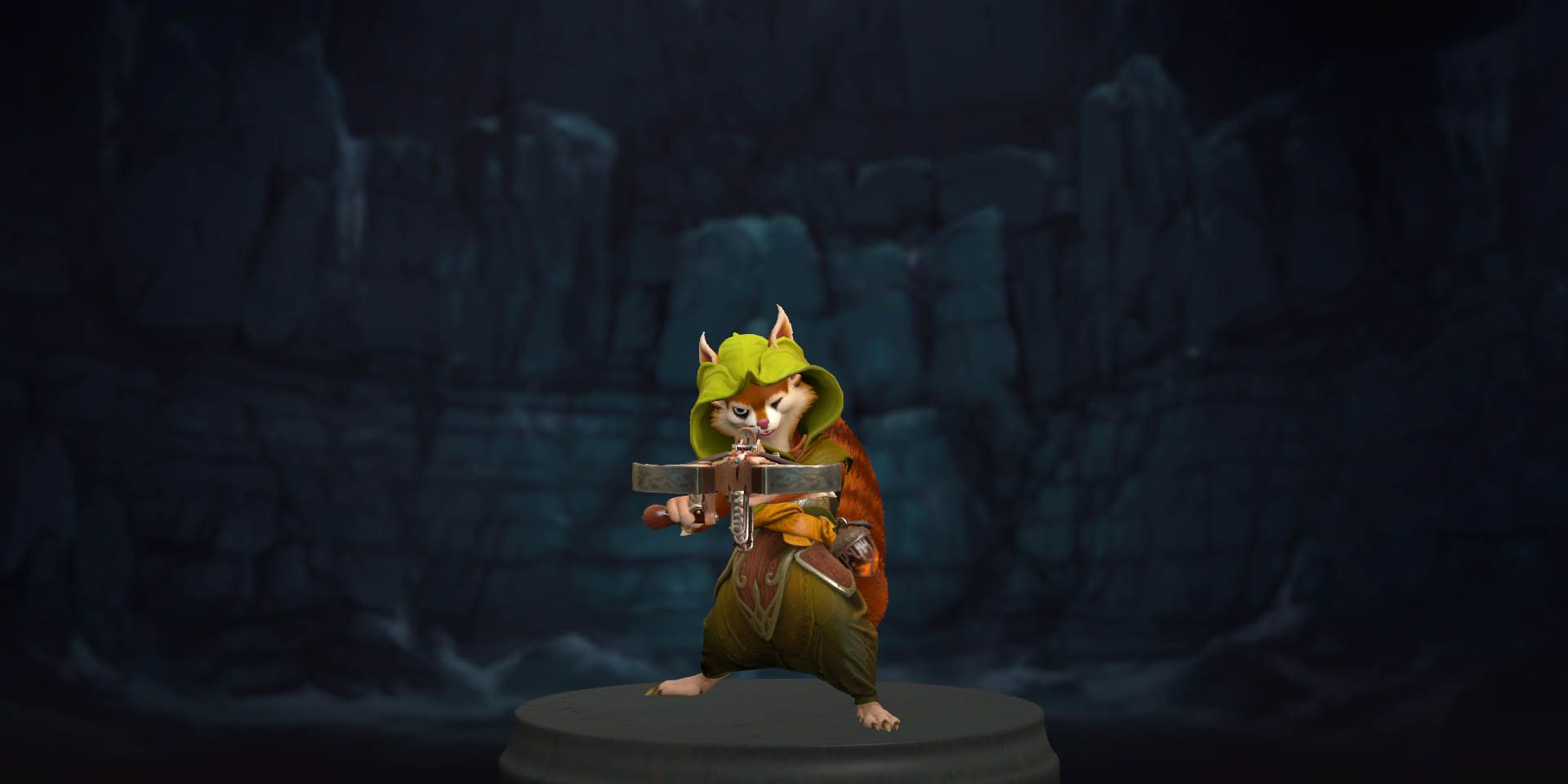 Hoodwink is a sneaky elusive squirrel who provides support from the treeline. She can wrangle enemies with Bushwhack, shove lanes with Acorn Shot, and slip away from the conflict with Scurry. Hoodwink's ultimate ability is a powerful long-range and one of the few abilities in the game that applies break, disabling passive abilities.

Hoodwink's greatest strength is that she is extremely hard to catch. You can rack up decent gold by farming sidelines from the treelines. And you'll need the farm since her new abilities granted by Aghanim's Scepter and Shard boost her catch potential. 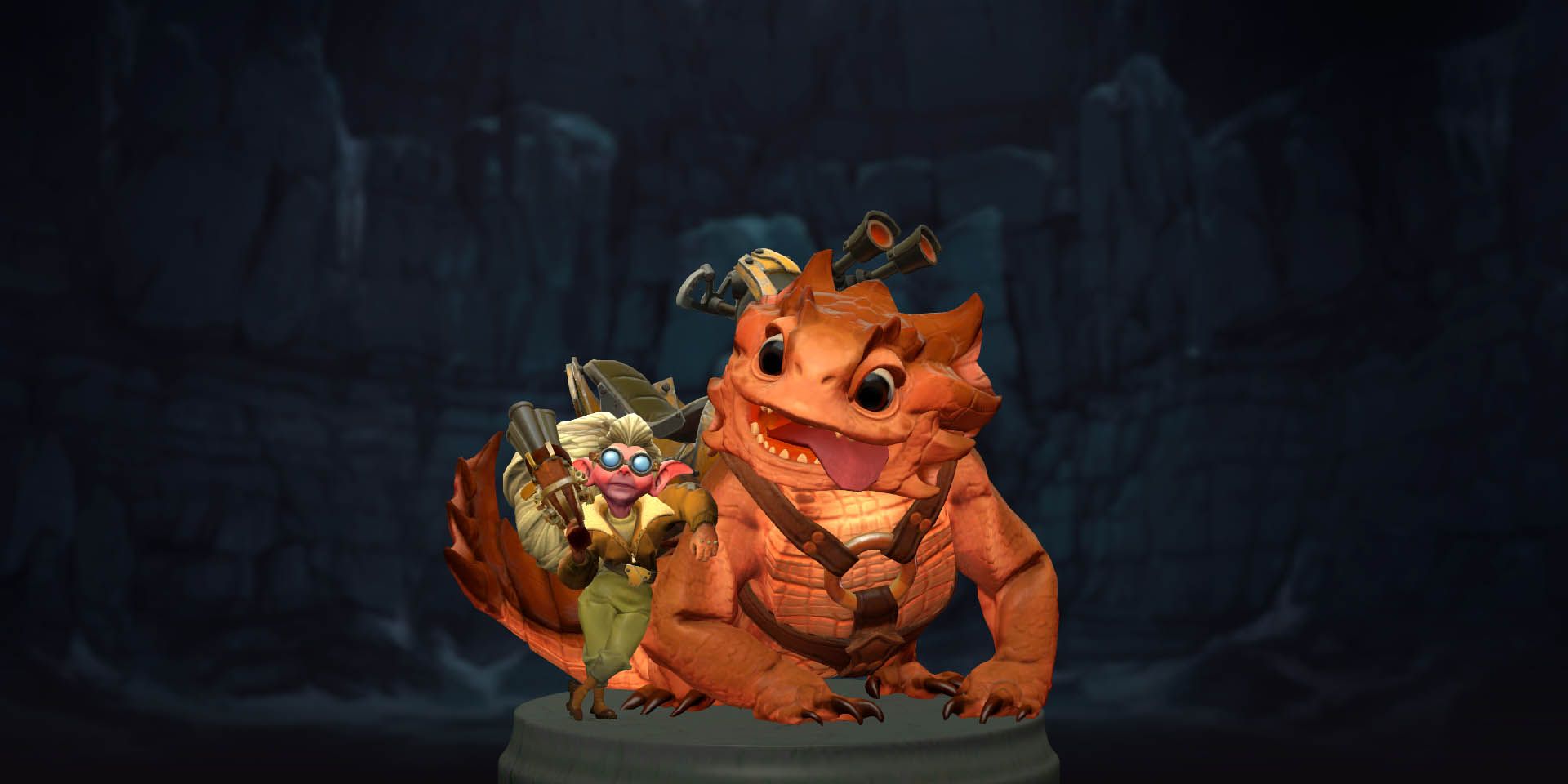 Snapfire is a threat in laning because of her high burst damage and a versatile stun that can also be used to save allies. Lil' Shredder also enables physical line-ups because of its innate Armor Corruption. Her melee allies will appreciate her kit, especially once she gets her Shard to launch them further.

Mortimer Kisses is a disruptive ultimate because it causes the enemy team to play footsies with the fiery globs or die from the damage. Snapfire is best when you need support to deal damage and secure kills. 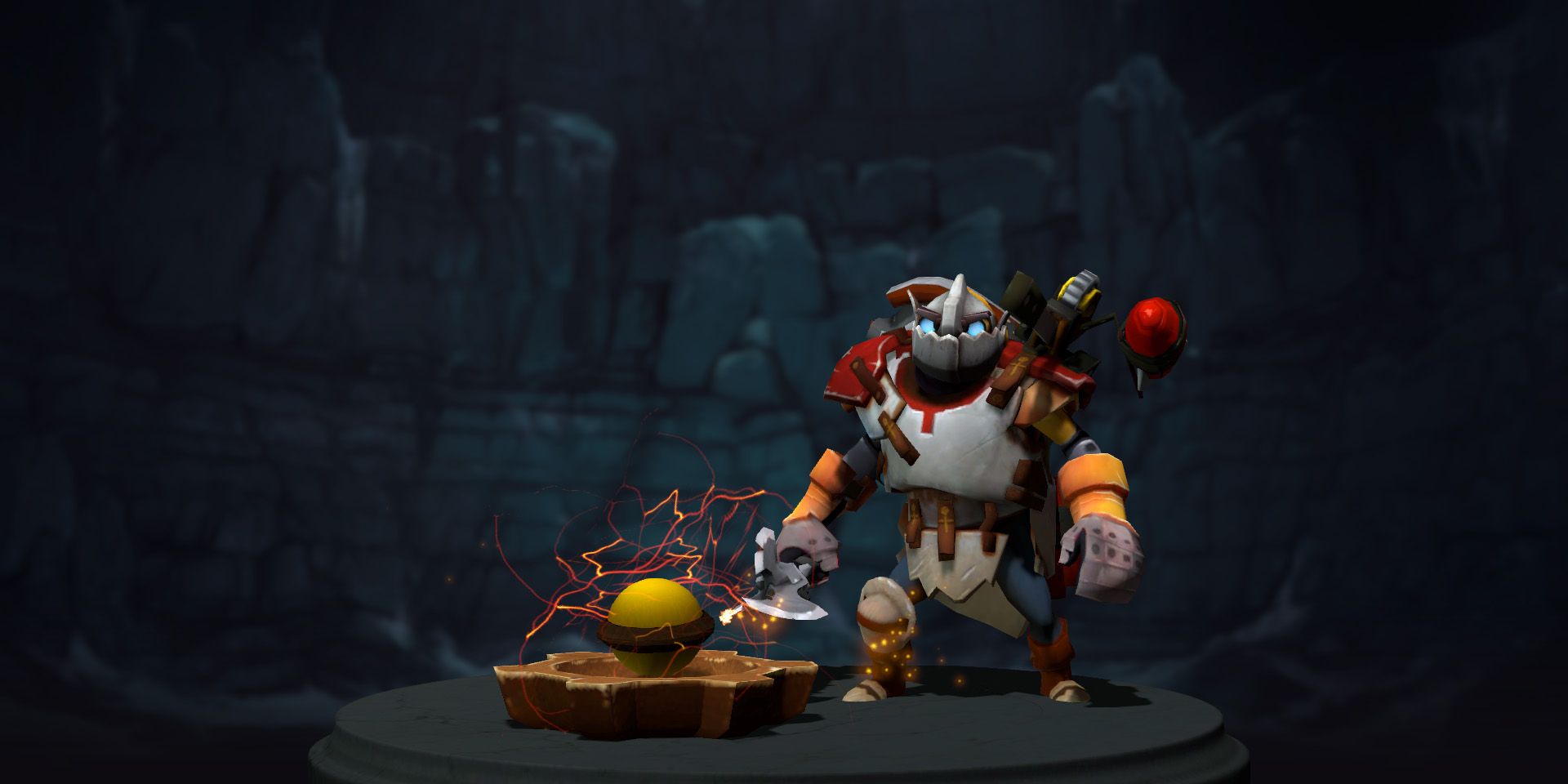 Clockwerk has an oppressive laning phase where you can easily secure first blood. He continues his pressure throughout the game as he can jump on isolated enemies instantly with Hookshot. Battery Assault and Power Cogs can hold an enemy down or outright kill them.

Clockwerk is an effective initiator because of his superior vision using Rocket Flare. As a soft support, you have the luxury to hook on to a key target and be happy to trade their lives with yours. 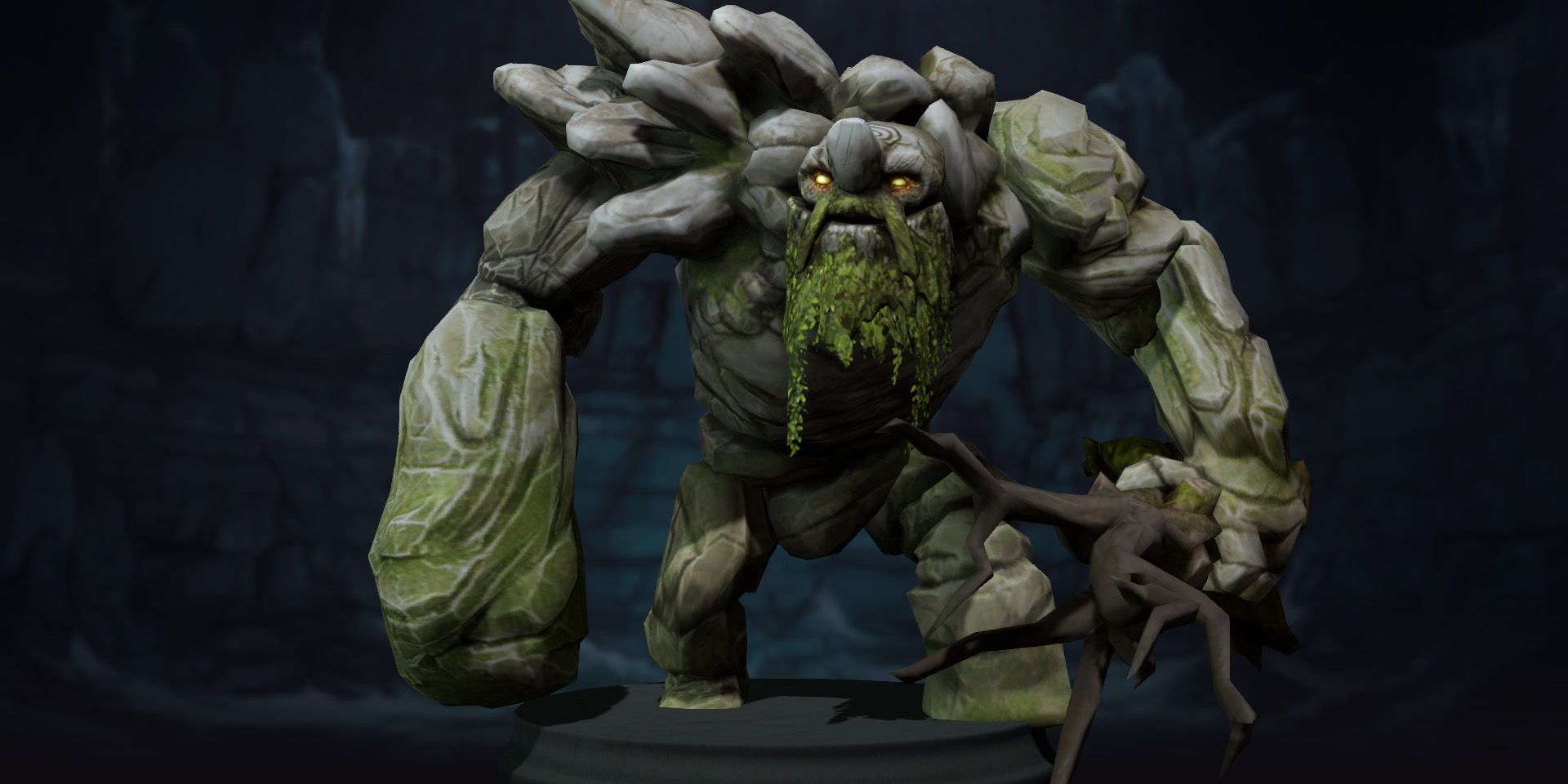 Tiny is one the safest heroes to open with since he can be flexed on all roles. He excels the most as a soft support because he doesn't need items for his incredible burst damage. A roaming Tiny is a scary sight for the enemy team because you can Toss cores into dangerous positions.

Tiny deals great damage and can flash farm efficiently, letting him hit purchase life-saving items quickly. He's at his best against squishy heroes with minimal escape abilities, like against Shadow Fiend or Lina. 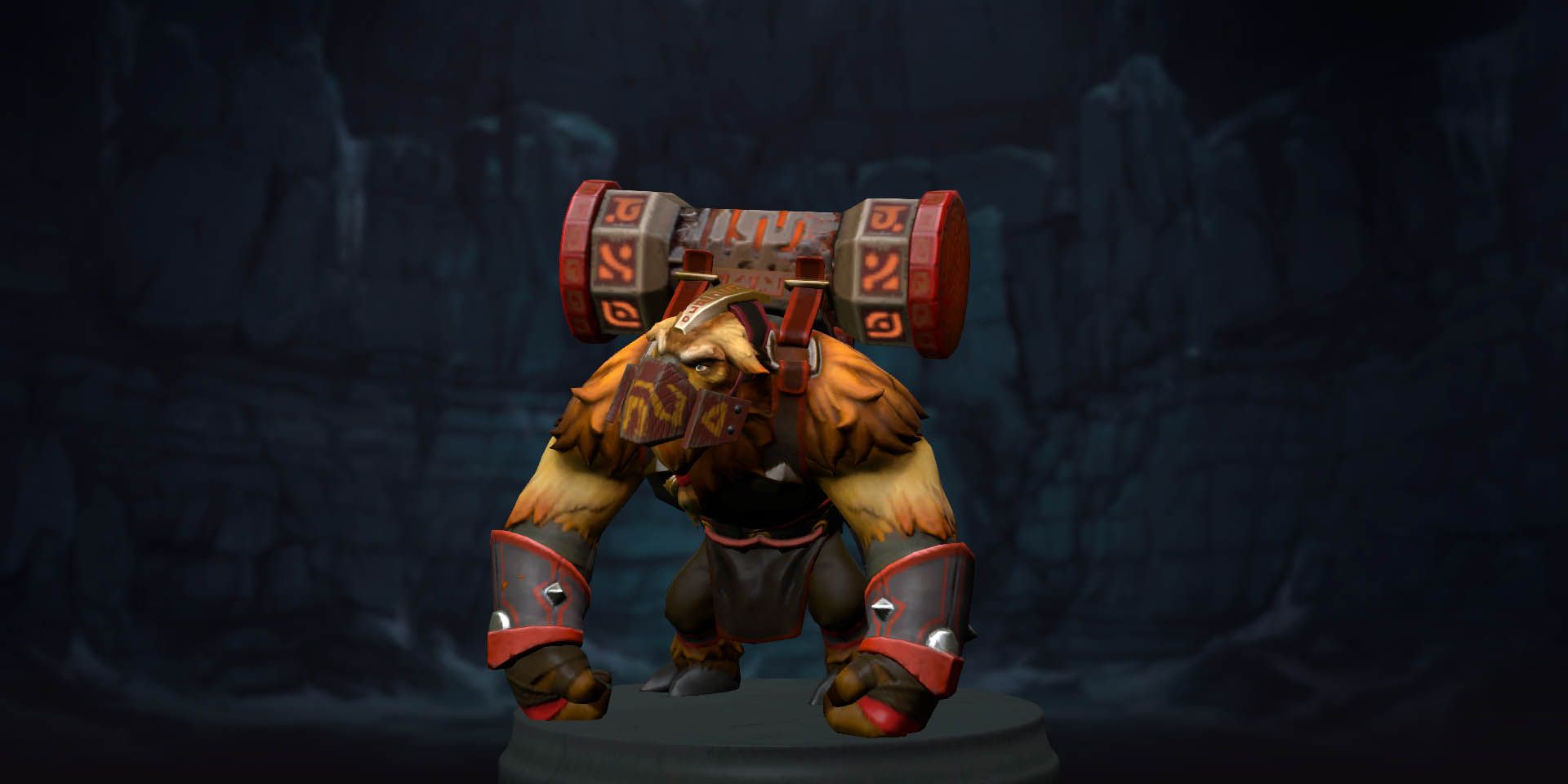 You can jam Earthshaker into any line-up, and he'll have a great time stunning the enemy team for days. Fissure is a reliable long-range stun that leaves an impassable terrain, which can notably isolate and block enemies. Enchant Totem and Aftershock gives Earthshaker considerable damage, especially when he can chain his abilities up close.

Echo Slam is a flashy ultimate that can single-handedly win a team fight if the enemies are clumped up. However, don't fall for the trap of holding it for six million-dollar slam dunks. You should use Echo Slam often to secure important kills. 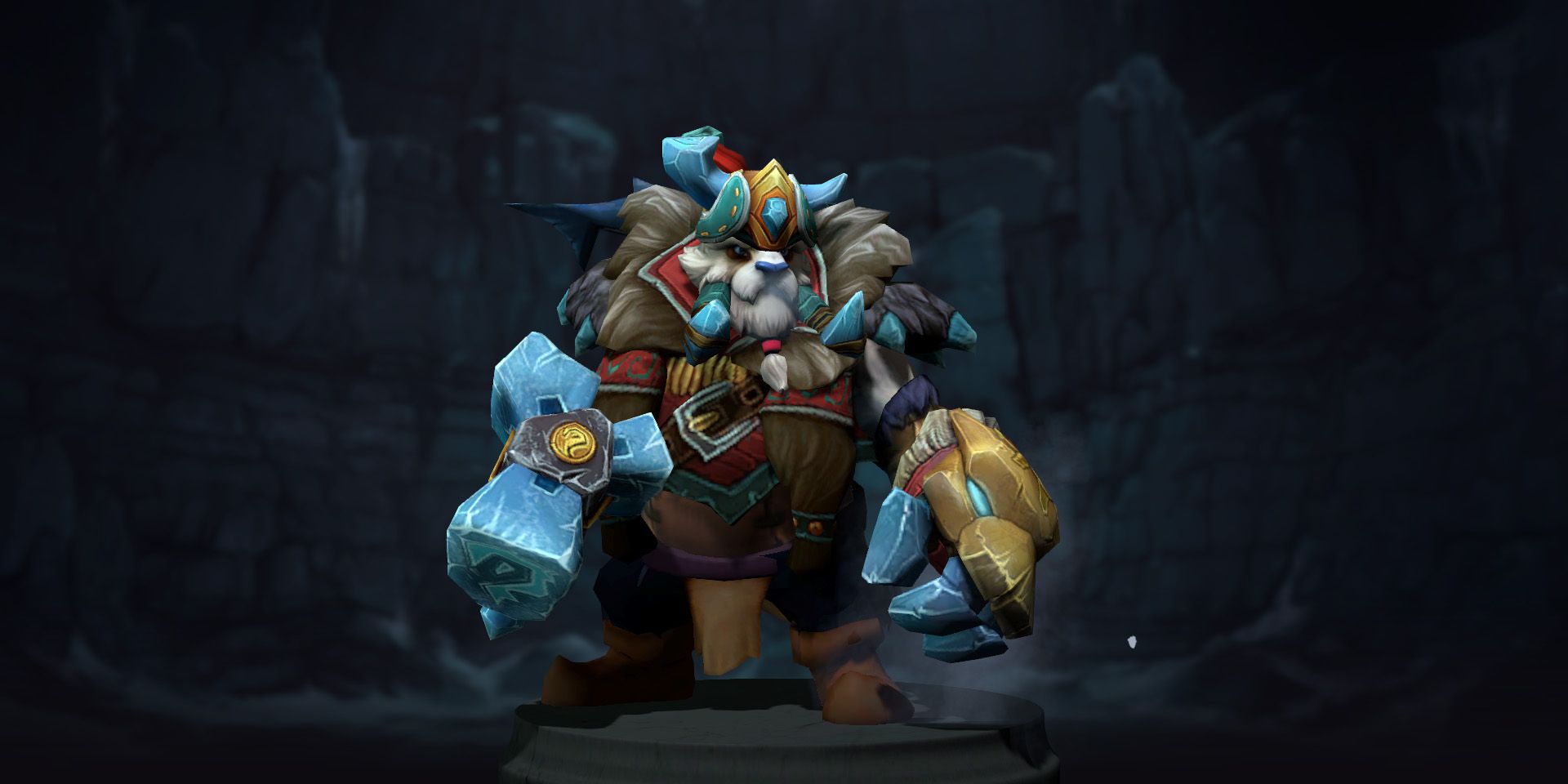 As a soft support, constantly roaming is Tuskar's only job. Ice Shards can lock down enemies without the means to cross impassable terrain. It's a strong ability that can block from far away or follow up after an engagement. Snowball is Tuskar's reliable initiating tool which he can also use to bring his allies to the frontline.

Tuskar's signature Walrus Punch is a high-damage stun on a negligible cooldown. It can also pierce through spell immune effects like Black King Bar. During team fights, Tuskar can solo kill most supports if you're team doesn't need the extra crowd control against their cores. 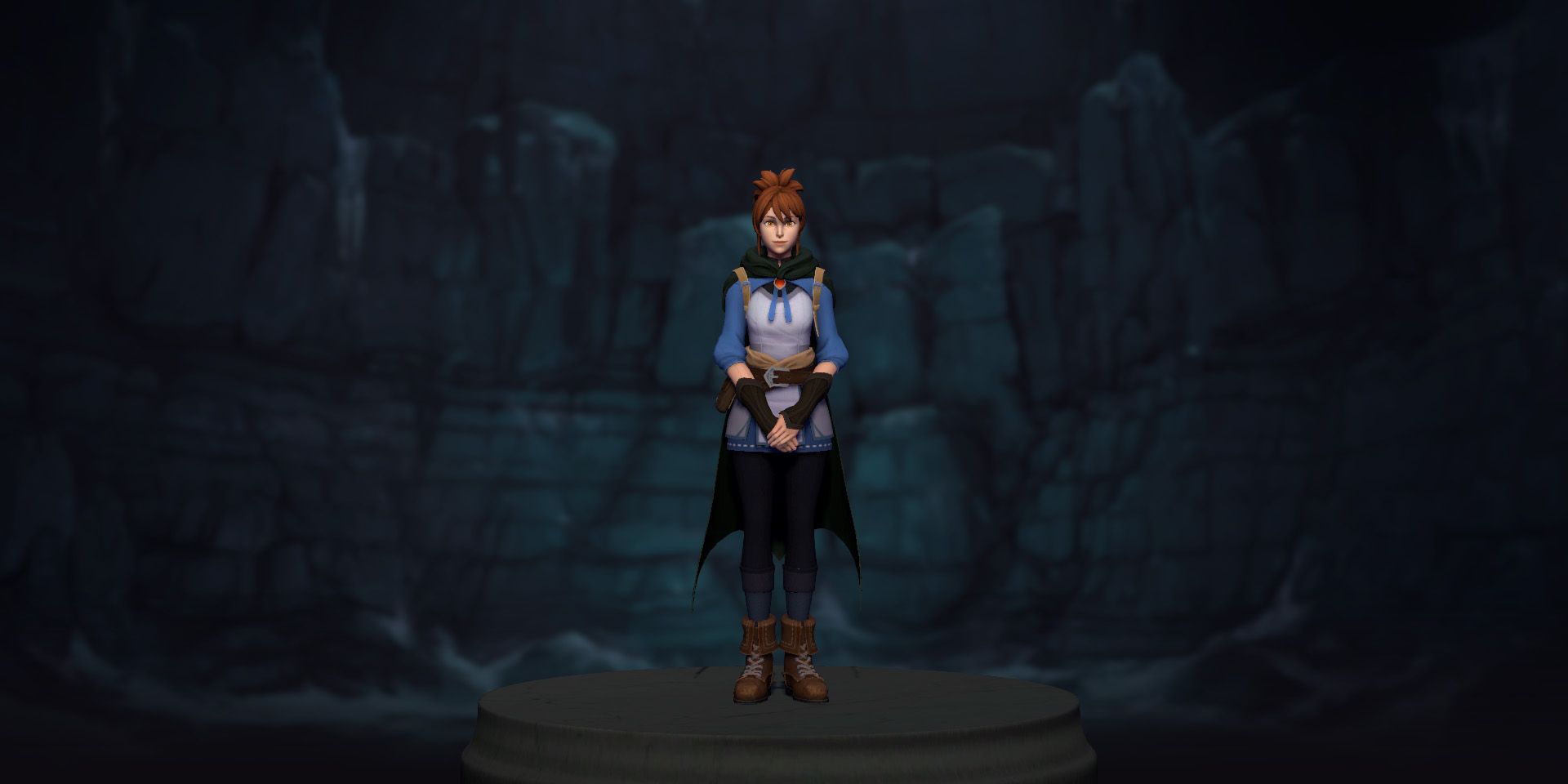 Marci is another comfortable first pick, as she can dominate as a core and a support. But her ultimate is so strong that you don't need any items to duel everyone on the enemy team. Unleash makes you a real threat, and the only "supporting" you'll need to do is to kill their cores before they hurt yours.

The quick long-range engagement of Rebound and Dispose will remain a serious kill threat from beginning to end. Additionally, Sidekick is a powerful damage steroid that also gives your partner revitalizing lifesteal. 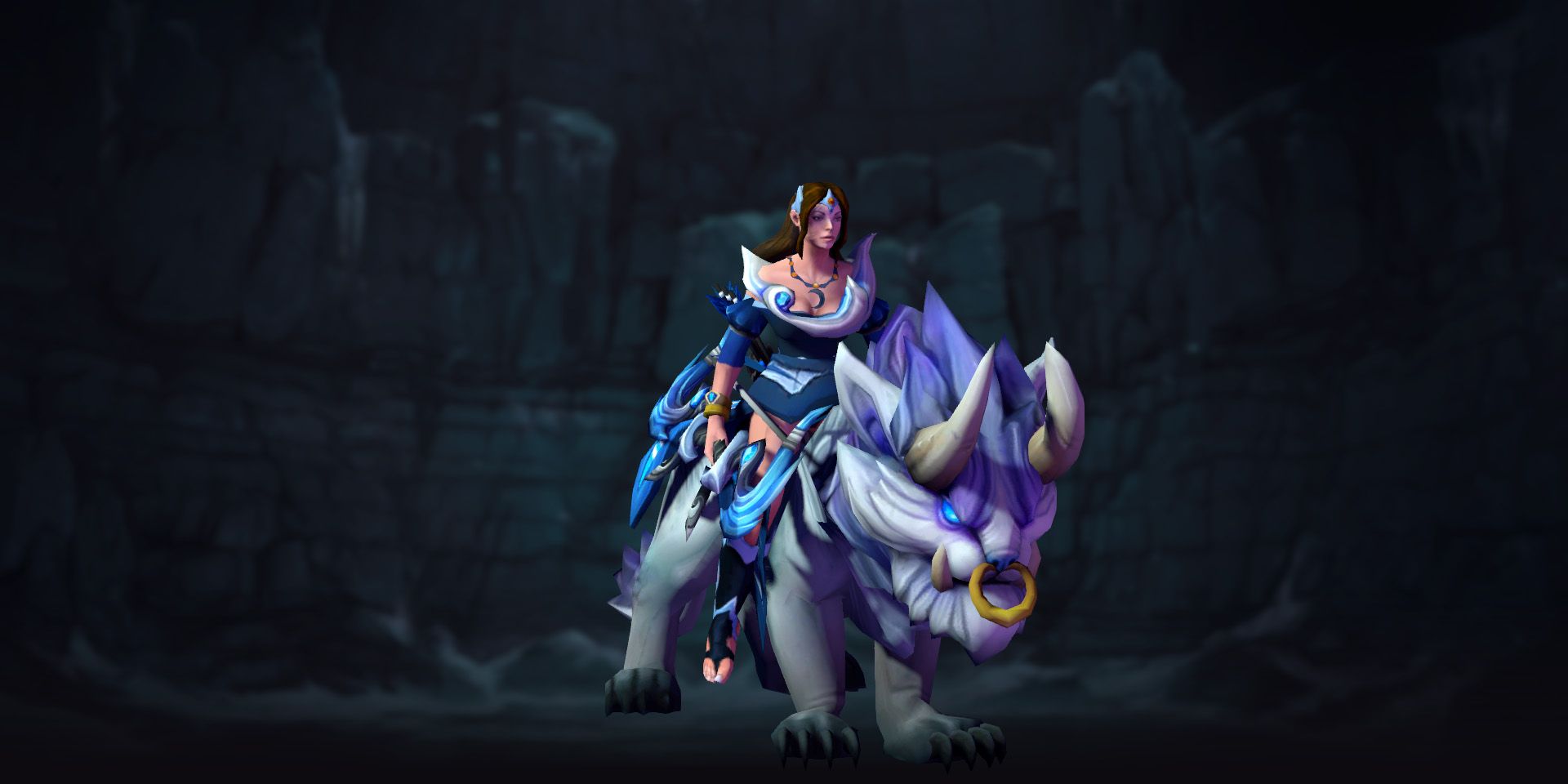 Mirana is an independent soft support who can potentially stun enemies from far away for five seconds. But, Sacred Arrow is a precise skill shot to hit, so it's better if her allies have a set-up to get a guaranteed stun. Additionally, Sacred Arrow and Starstorm lets you keep up with gold, letting her buy semi-carry items or more utility like Lotus Orb.

Moonlight Shadow is a strong ultimate because it grants invisibility to all her allies on the map. It can be used pre-emptively to invade blind spots, to save teammates, or in the middle of a team fight for the bonus movement.